BACK TO ALL NEWS
Currently reading: Analysis: Fears of EV material shortage
UP NEXT
Exclusive: Aston Martin seeks funds to safeguard its future

EU highlights that most of its cobalt, lithium and graphite is imported
Open gallery
Close

Plans to phase out internal-combustion-engined cars could be scuppered by the location and supply of some key materials required to produce electric vehicles.

Prior to the UK government’s announcement of its planned 2030 ban on new ICE cars, the European Commission voiced concerns about the EU’s capacity to gather resources in a report called Critical Raw Materials Resilience: Charting a Path Towards Greater Security and Sustainability.

Published in September 2020, it highlighted Europe’s lack of natural substances compared with other areas of the world, especially China, which is the biggest supplier of 10 such materials to the EU.

China is the second-largest global producer of cobalt and lithium, both of which are required for EV batteries, accounting for 7% and 37% of their production volumes.

The Democratic Republic of the Congo (DRC) and Chile are the world’s biggest producers of cobalt and lithium as well as the EU’s biggest suppliers. DRC supplies 59% of global cobalt and 68% of that sent to the EU, Chile a respective 44% and 78% of lithium.

China is the world’s biggest supplier (69%) of natural graphite, which is also used in EV batteries, and heavy rare-earth elements (86%) that are used in permanent-magnet motors. It accounts for 47% of the EU’s main supply of the former and 98% of the latter. 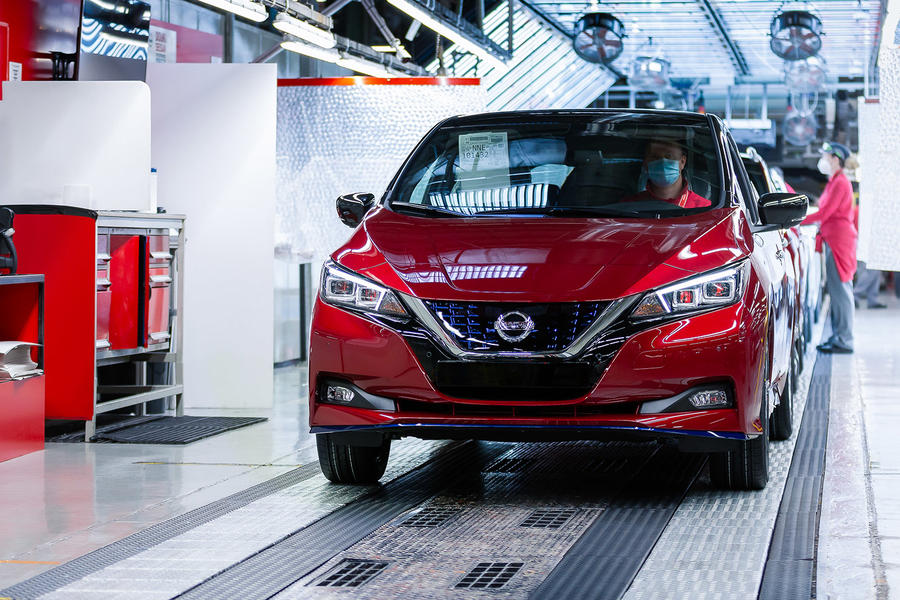 “If not addressed, this increase in demand may lead to supply issues,” it said.

The report concluded that “the stakes are high” and suggested the EU needs to “reduce dependency and strengthen diversity and security of supply” in order to secure a broader and more stable access to materials.

While the UK is no longer a member of the EU, it remains dependent on the bloc for access to car components. According to the European Automobile Manufacturers Association, 14.1 million vehicle parts worth €11.4 billion were imported from the EU’s 27 countries to the UK in 2017 – 78.8% of the value of our total parts and accessory imports.

Isobel Sheldon, chief strategy officer for Britishvolt’s planned battery gigafactory in Northumberland, claimed that China’s dominance is primarily due to its extensive refining facilities, as raw materials from other regions are commonly taken there for processing.

She explained: “It’s the intermediate processes from the high-purity metals to what’s called the sulphates and the precursor active materials. A lot of that sits in China at the moment [because] they scaled up pretty fast and they’ve got extremely cheap energy, which drives the cost right down. But it’s also extremely dirty.”

She added that the industry could reduce its reliance on China by establishing similar facilities elsewhere, saying: “We see an opportunity to completely disconnect our supply chain from China. There’s no reason why we can’t move the sulphate dissolution process to the UK. That’s entirely feasible. And once we do that, we end up with a really short supply chain path.”

Sheldon claimed this would allow the industry to better exploit alternative material sources, especially those with smaller geographical and carbon footprints, some of which are located in the UK.

“The DRC isn’t the only place you can get cobalt,” she said. “Canada is one of them and there are other deposits in Africa. We’re digging lithium out of the ground in Cornwall, you can get natural graphite from Norway and Sweden and the best synthetic graphite in the world comes from North Lincolnshire. There are a lot of nickel reserves in Canada and, don’t forget, we have Europe’s second-largest nickel refinery based in Clydach, south Wales.”

There was a ominous comment attributed to Mike Hawes of the SMMT on Steve Cropley's comment page in this week's Autocar. The UK has just 2 GWh of battery making capacity (at Nissan Sunderland) today but it will need 30 GWh by the late 2020s to avoid punitive tariffs on electrified models already planned and some 120 GWh for the 2.5 million EVs it would like to make beyond 2030. Tall order. With motor manufactures perhaps more inclined to base their operations in the centre of Europe post Brexit I guess battery manufacturing is likely to be close to the assembly plants. Not a good outlook for the UK.

Nick is as always radical but on the money. To suggest, as many do, that every vehicle should be electric as soon as possible is to ignore the environmental challenges associated with battery production and recycling. In ten years, the technology may be more suited to this mass hand-over. In 15 years, the supply chains for minerals may be better adapted. But this decade, we need to be careful. The EU is looking at how to regulate whole-life environmentl performance, which may help the EVangelists understand that their treasured electric vehciles are not as pure as the driven snow.

For those ready to tell me I am promoting CO2-intensive oil production and the death of children through airborn particulates, I do understand that EV is an excellent solution to urban air quality and that it will become the dominant powertrain for very good reasons. I also understand that there is a poor quality piece of whole-life research that has been discreditted. But that doesn't mean all whole-life research is poor quality, so please don't use that as yoru reason for stating that this topic in its entirety has been 'thoroughly debunnged'.