The Skoda Karoq has been with an all-new exterior design, advanced driver assistance technology and four new turbocharged engines.

Ditching the unique exterior shape of its predecessor, the Yeti, for a more conventional SUV body, the Karoq shares many features with the larger Kodiaq, which it sits below in Skoda’s line-up.

Despite filling its space in the range, Skoda interior designer Arne Leetz explained that the Karoq isn't a replacement for the Yeti but rather an all new car. “The Yeti will remain a legend," he said.

The Karoq's name is a combination of ‘kaa’raq’ (car) and ‘ruq’ (arrow) in the language of Alaska’s indigenous people, linking it with the Kodiaq, which also gets its name from the same region.

It arrives as Skoda plans to shift its brand identity into a new realm. “We want the brand to be classless," explained technical development boss Christian Strube. "Take the place of Volvo which has now moved upmarket. Thirty years ago my father owned a Volvo because it was the understated option."

Skoda is marketing the Karoq as a small yet practical family SUV, to set it apart from the sportier Seat Ateca and pricier Volkswagen Tiguan, with which it shares parts. “All passengers have equal rights," said Karl Neuhold, the car's exterior design chief.

The Karoq has space for five passengers and has a boot capacity of 521 litres or 1630 litres with the back seats folded down. This comfortably beats the car’s main rival, the Nissan Qashqai, which offers 430 and 1585 litres respectively. 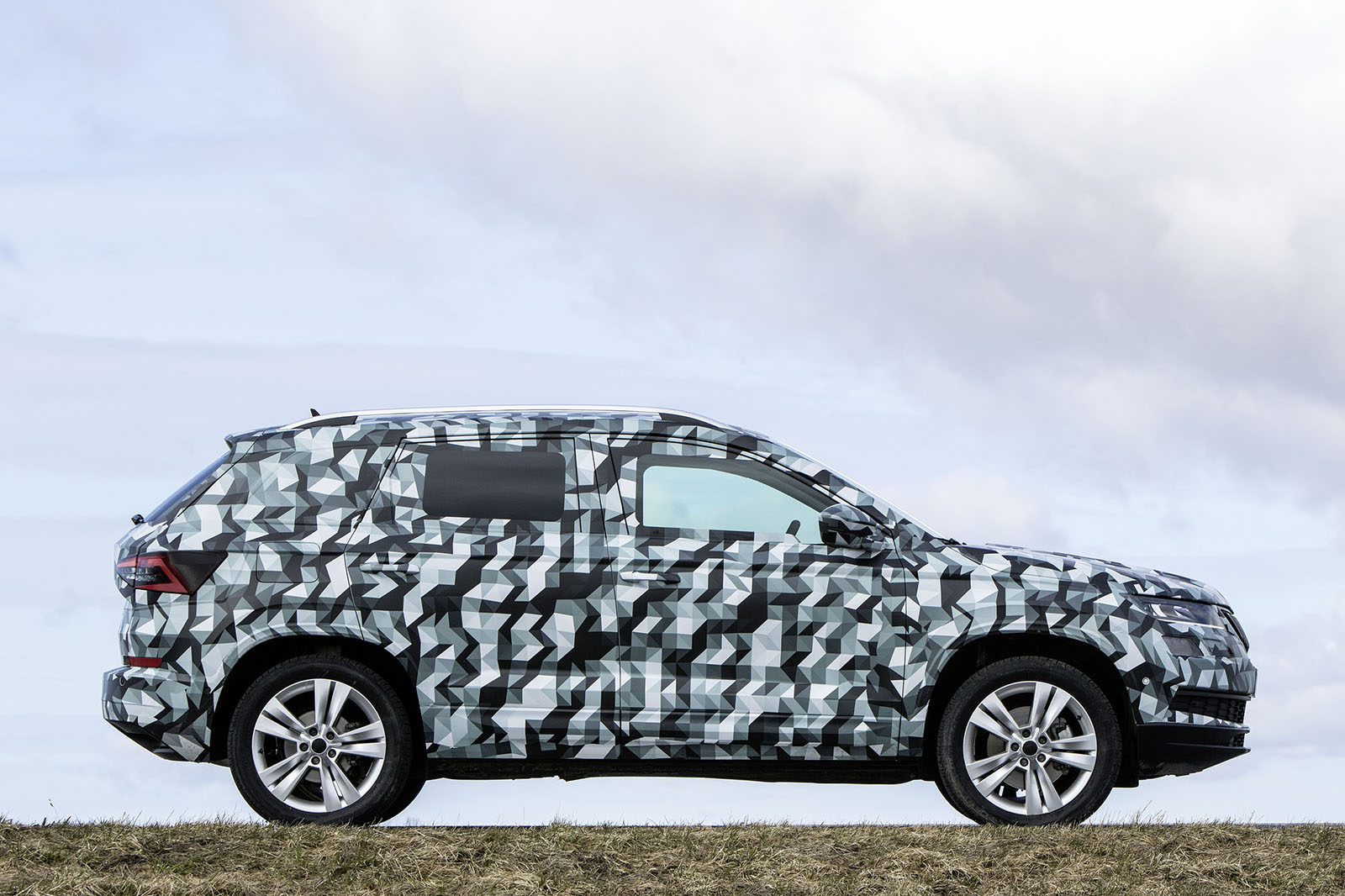 Built on the Volkswagen Group’s MQB platform, the Karoq comes with a choice of five turbocharged engines, four of which are new to Skoda.

The new petrol engines are an entry-level 1.0-litre TSI three-cylinder with 113bhp and 129lb ft and a 1.5-litre TSI with 148bhp and 184lb ft, with the latter enabling an 8.4sec 0-62mph time and featuring active cylinder technology. 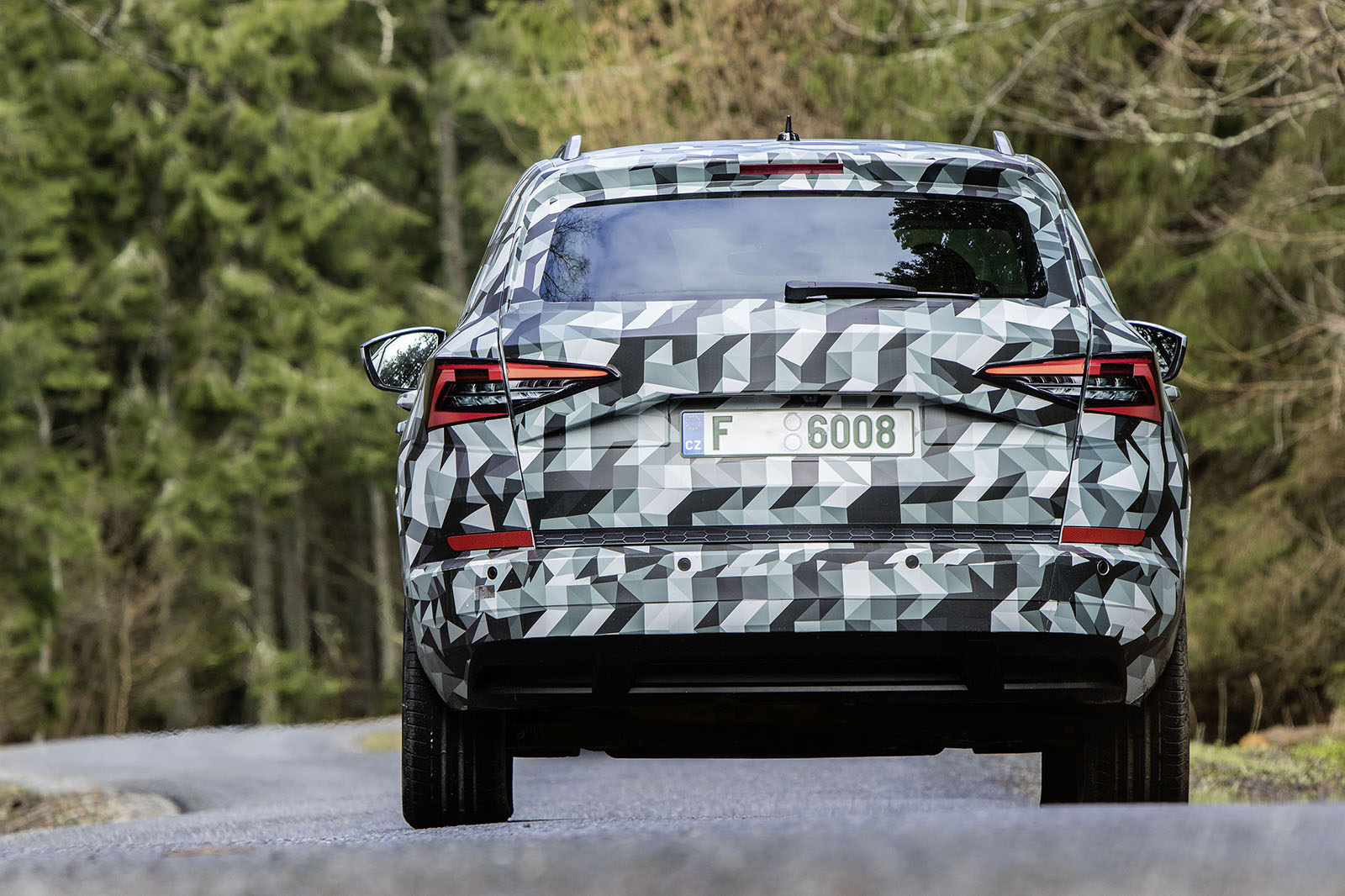 These new Skoda units are joined by a 2.0-litre TDI that’s familiar to the brand, which produces 148bhp and is the most fuel-efficient engine, offering 64.2mpg combined and outputting 115g/km CO2.

The Karoq comes in two and four-wheel drive guises and with a choice of a six-speed manual of seven-speed DSG automatic gearbox. In higher-spec it comes with Skoda’s Drive Mode Select system, which enables the car’s drivetrain to be switched through Normal, Sport, Eco, Individual and Snow.

A hot vRS version looks on course to join the range at a later stage, possibly making use of Skoda's 217bhp turbocharged 2.0-litre engine that's used in the Octavia vRS. Leetz hinted at the model's arrival. He said “It is imaginable. Just take our smile as an answer”. 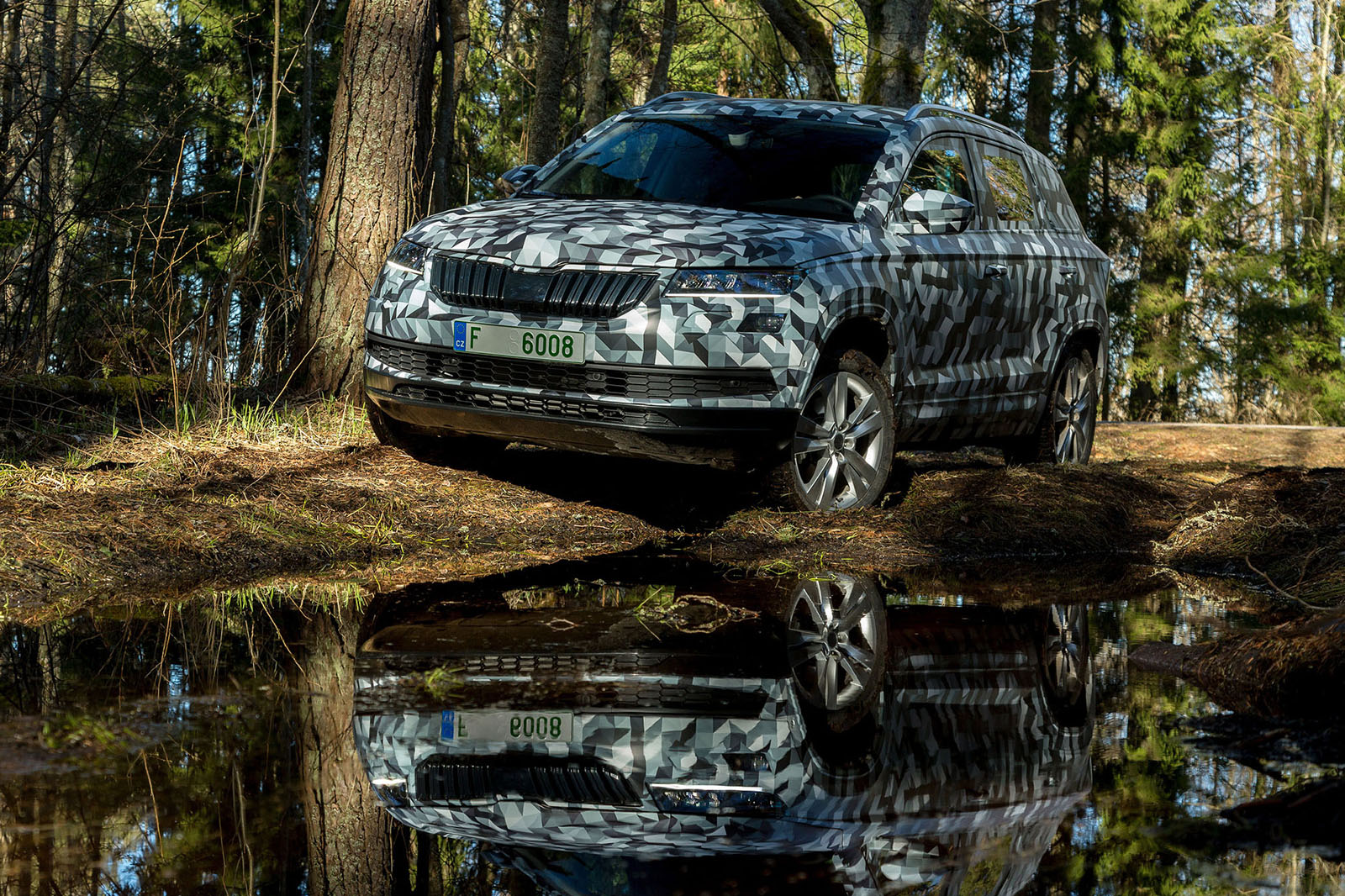 There’s also hill hold control to prevent roll back and emergency assistance, which can intervene if the driver becomes incapable of driving and adaptive cruise control and lane assist are on.

In-car, technology includes gesture control for certain functions, wireless phone charging, as well as a mobile online connection that works with the infotainment. In top spec, the infotainment has a screen of up to 9.2in and three other displays, including a new digital instrument cluster that makes its debut in a Skoda.

Skoda is yet to confirm pricing, but the Karoq’s expected to follow the brand’s aggressive pricing strategy and undercut the Nissan Qashqai, and therefore stick closely to the current model's £17,770 starting price. The Kodiaq, which starts at £21,565, is around £1300 cheaper than its main rival, the Nissan X-Trail.

A smaller SUV will be launched to sit below the Karoq at a later stage. It will be "different to the VW T-Roc - smaller," said Strube, "and designed primarily for the Chinese market, for younger drivers buying their first car".

Strube wouldn't comment on whether the smaller model would be based on the Seat Arona's platform, but he did reveal that it would get "a name in line with Kodiaq and Karoq”.

So no useful side by side comparison with Ateca

ooooh so excited, peeing my

ooooh so excited, peeing my pants, whats it going to look like? what size will it be? I wonder what engines it will have? I bet it will be an exciting colour! tick tock please go faster clock!
odie_the_dog 16 May 2017

"we'll see it for the first

"we'll see it for the first time two days from now"

It's basically a Seat Ateca with a Skoda badge.

Many of the journos around here forever hark back to the days of BL badge engineering saying how terrible it was, how it diluted choice etc etc. Yet VAG start doing it and anyone would think this is the most important car launch of the year.

I can safely say having had a Yeti for the last 3 years, I won't be ordering this as its replacement It's got none of the good points of the Yeti - neat, distinctive styling, sensible foot print - and probably all the bad points - VAG emission cheat diesel engines, dull standard VAG issue interior etc.