The Mk1 Porsche Cayenne was sold as a five-seat SUV only, but three other variants were seriously considered
Open gallery
Close

Porsche has revealed a previously unseen convertible prototype of the original Cayenne that pre-dates the Range Rover Evoque Convertible by 14 years.

The prototype Cayenne, revealed as part of the model’s 20-year anniversary, is not a functional road car. It is instead a ‘package function model’ - essentially a rolling chassis used for design and ergonomic development throughout 2002.

Hence the highly unconventional, asymmetrical rear end: internal disagreements broke out about the posterior styling, so two versions were grafted on. The left-hand side is roughly in line with the rakish, low-set tail on the Porsche Carrera GT. In contrast, the right-hand side features high-set tail lights roughly resembling those on the first-generation Porsche Panamera, which did not launch until 2009, seven years later. 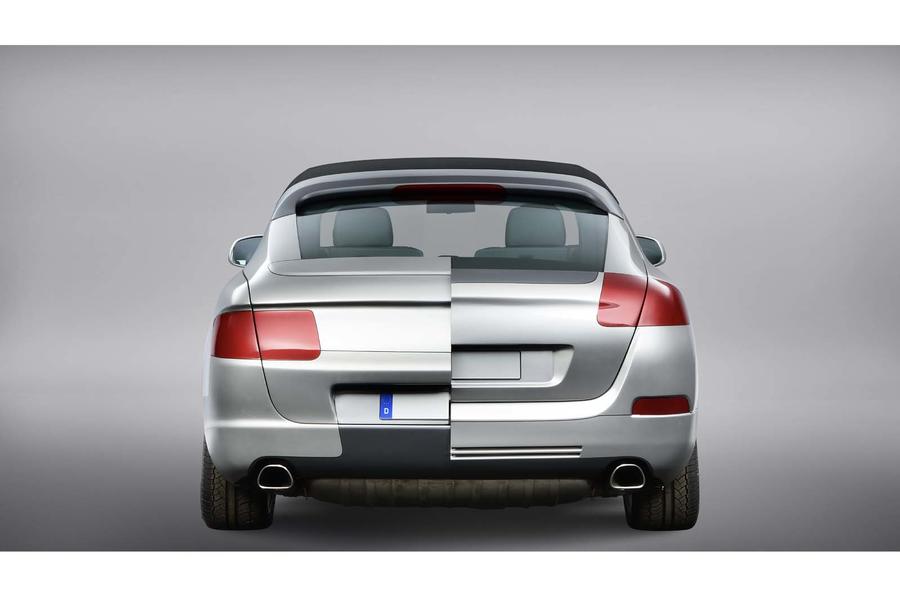 Other changes – apart from the obvious Targa-style roof – include a two-door bodystyle, with the apertures extended by 200mm compared with the regular Cayenne.

According to Porsche, the aim of this project was to determine whether a Targa-topped Cayenne would remain comfortable for rear passengers, and to develop a fast-folding soft-top.

As for the latter specification, Porsche engineers settled on a mechanism similar to that used by the current Porsche 911 Targa. It used a bootlid that could open from both the front and rear – to swallow either the top or your luggage – and a powered roller that would fold the roof in a Z-pattern. However, this system was never actually fitted to the car, meaning the roof had to be manually fitted to the package function model.

The convertible Cayenne was not developed any further because Porsche doubted its profitability and was too divided over whether it complemented the rest of the range stylistically. 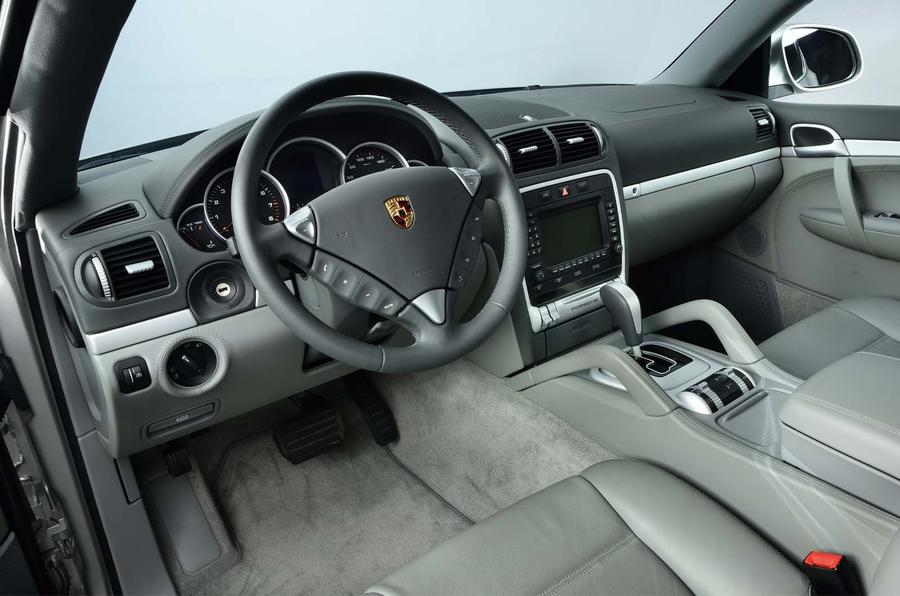 The risk of releasing such a forward-thinking model – the controversial Nissan Murano CrossCabriolet did not make its debut until 2011 and the Evoque Convertible launched in another five years’ time – was likely considered too high in the eyes of then CEO Wendelin Wiedeking. Wiedeking is largely credited with saving Porsche from the verge of bankruptcy in the early 1990s and he presided over the launch of the Cayenne. He was forced out in 2009 following the global financial crisis.

Michael Mauer, current chief designer at Porsche, said: ​​“An SUV as a convertible is a challenge both aesthetically and formally.”

He added: “An SUV always has a large and heavy body. You combine this with a small top half and then cut off the roof: you get very strange shapes emerging from that.”

Porsche also considered coupé and long-wheelbase, seven-seat variants of the Cayenne but did not develop these as far as the convertible. The idea of a coupé resurfaced in the late 2010s, leading to the 2019 launch of the current Porsche Cayenne ​​Coupé.

On the other hand, the seven-seater was never released. However, Porsche recently confirmed plans for an electric SUV to sit above the Cayenne in its line-up, which could fulfil this role in spirit. It will use the new Volkswagen Group SSP platform alongside the next-generation Porsche Panamera and Porsche Taycan.

The world's eyes dodged a bullet.

TS7 4 August 2022
Easy to see why it never reached production.
View all comments (6)