BACK TO ALL NEWS
Currently reading: New 2023 Porsche Panamera pictured during winter tests
UP NEXT
Volkswagen ID Aero is EV Passat equivalent with 385-mile range

A prototype version of the new Porsche Panamera has been spotted testing in winter conditions, as the German firm prepares to launch the third-generation model for the end of 2023.

The model, which was not wearing the Porsche badge, was pictured with a solid black exterior paint. Its front-end design is similar to the current Panamera, while the rear features new lights and an updated spoiler.

The new Mk3 model, which goes by the internal working name 972, looks set to continue the German company’s long tradition for small, evolutionary changes between generations, with an exterior design that subtly progresses the look of the six-year-old second-generation Porsche Panamera. Underneath the steel and aluminium bodywork, though, Porsche is lining up more significant modifications for its BMW 8 Series Gran Coupé and Mercedes-Benz CLS competitor.

With the two-year-old Porsche Taycan saloon leading the firm's electric vehicle push, the Panamera is due to receive a revised range of petrol powertrains, all with heavily reworked exhaust systems and tweaked software aimed at meeting the upcoming Euro 7 emission regulations.

Details remain scarce, but Autocar has been told that successor models to the 4 E-Hybrid, 4S E-Hybrid and range-topping Turbo S E-Hybrid will receive both revised petrol engines and electric motors in combination with a larger-capacity battery pack and newly developed software that will enable faster charging rates. 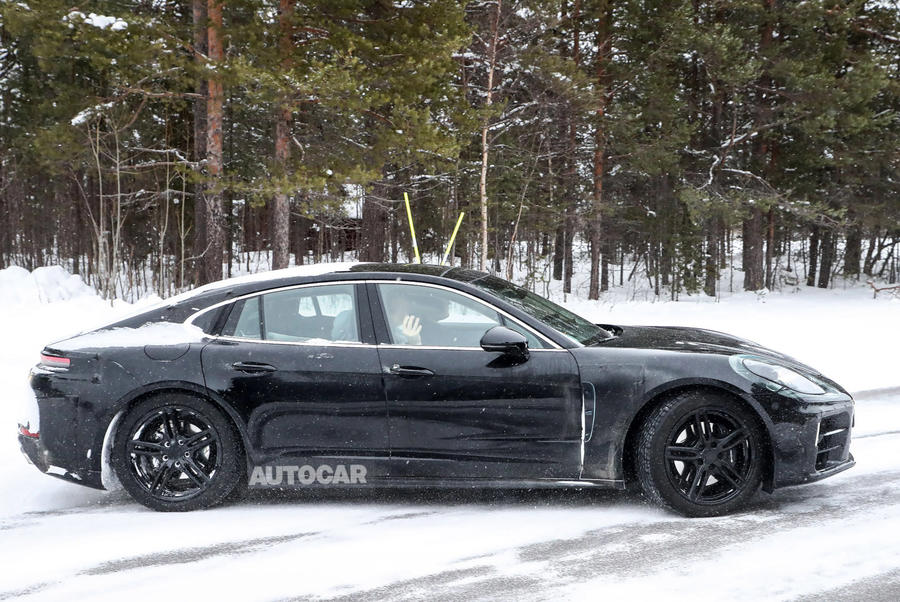 Although nothing is official yet, the overall power output of each Panamera variant is said to have been increased.

In combination with revised driving mode functions, the reworked plug-in hybrid system is expected to offer “significantly more” than the 31 electric-only miles of the current E-Hybrid models.

It has yet to be seen which changes Porsche will make to the Panamera’s interior. It will, however, receive a further developed version of the Porsche Communication Management system with 5G data compatibility.

Although there have been doubts about whether the newly spied prototype actually previews the third- generation Panamera, the life-cycle history of previous incarnations of the luxury liftback suggests that it is indeed an all-new model rather than just a facelifted version of the existing one.

The original 970 Panamera arrived in 2010 and was subsequently facelifted in 2013. The second-generation 971 was introduced in 2016 and received a round of mid-life upgrades in 2020. In each case, Porsche planned the Panamera for a life cycle of between six and seven years, with a facelift three to four years after its introduction.

If Porsche sticks with this strategy, the 972 is likely to be unveiled by the third quarter of 2023, with UK sales beginning later that year. 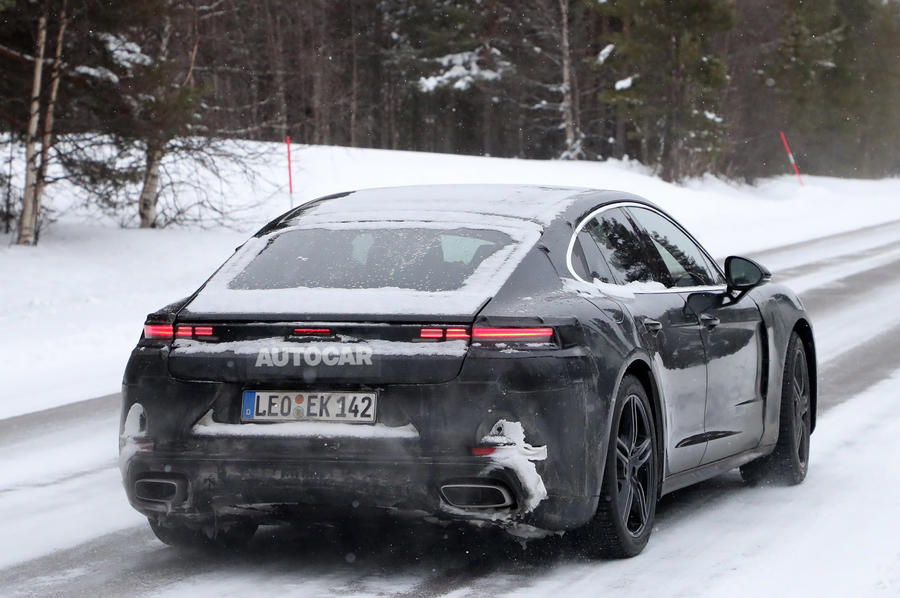