BACK TO ALL NEWS
Currently reading: Seat Leon Cupra R: UK allocation of 306bhp hot hatch sells out
UP NEXT
New 2023 Audi A4 Avant undergoes tests in the Alps

Seat's new hot hatch flagship, the Leon Cupra R, has sold out in Britain, with all 24 UK-bound examples having now been ordered.

The limited-run model is being produced in 799 examples worldwide and will arrive on roads after Cupra is launched as the standalone performance division of Seat at the upcoming Geneva motor show.

Priced from £34,995, the third iteration of the range-topping hot hatch gets a 306bhp petrol engine, up from the Cupra 300's 296bhp, thanks to sportier engine mapping. New exhausts and a package of aerodynamic improvements will also feature, as well as upgraded Brembo brakes, adaptive suspension with Dynamic Chassis Control, and modified front camber. 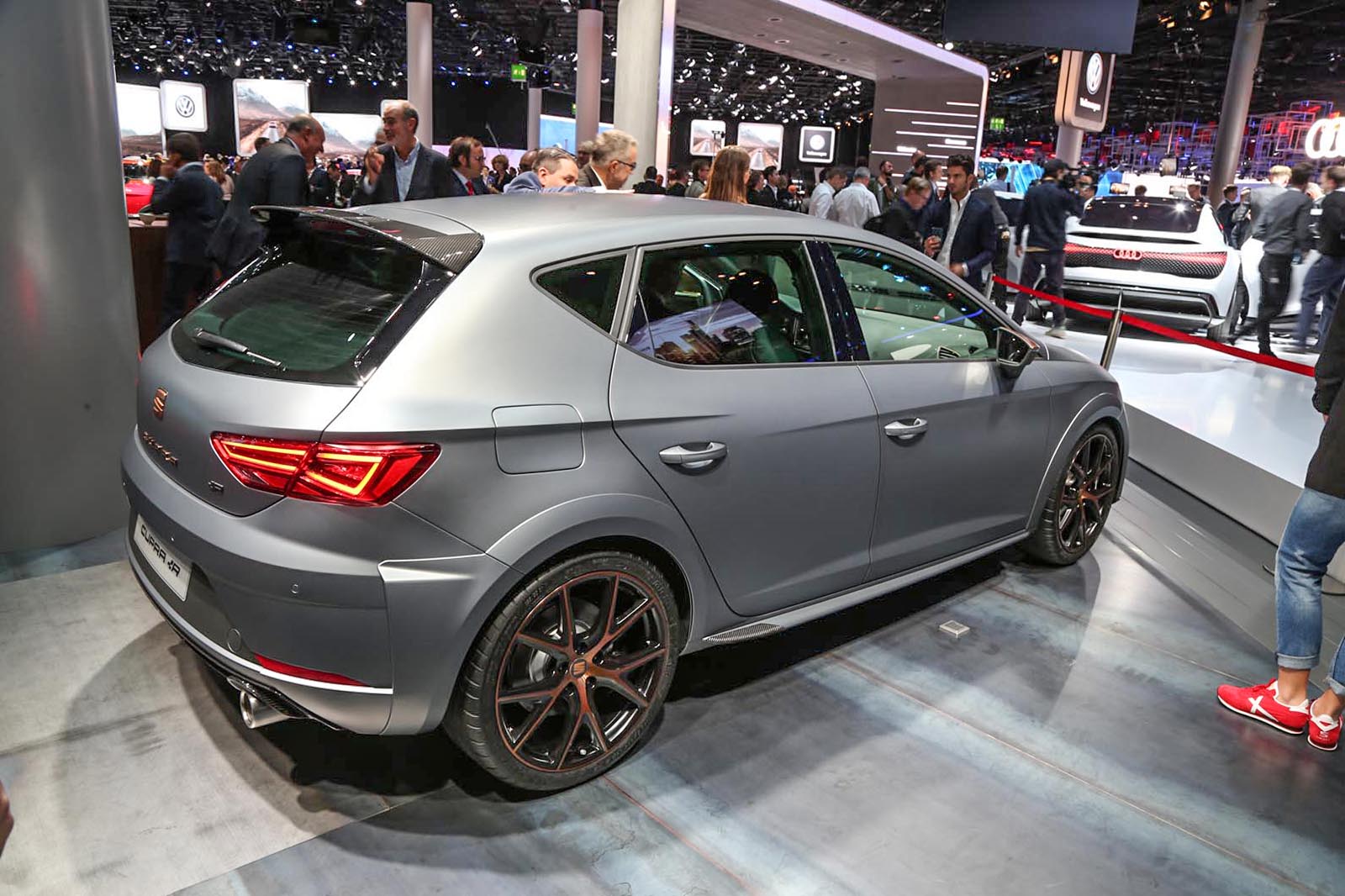 When the Cupra division is established, the top Leon could soon be joined by several other hot models. Patents for Bolero, Tango and Salsa have all recently been filed by Seat, suggesting that Cupra could use the names of its past sporting concepts for a performance range.

Prior to the new Leon Cupra R, the most powerful model in the Seat range was the 296bhp Leon Cupra 300. That car's output is expected to be at least matched by the upcoming Ateca Cupra, which has been spied numerous times ahead of its official debut.

Seat previously produced a Leon Cupra R between 2002 and 2005, before resurrecting the name in 2010 on the second-generation Leon, with an extra 24bhp over the standard Cupra model.

Seat to spin off Cupra as hot sub-brand

Those look like the wheel arch mouldings from the 4x4 X-perience model painted body colour. I quite like the Leon, but this leaves me cold. Why would you have one over a Golf R?

Fancy picking such a grim colour to introduce a car which is intended to be exciting.  The copper detailing would look great with plenty of colours, turquoise, lime, electric blue, white, black, probably even scarlet.  Give the thing a bloody chance.  I would think it'll most likely lack the highest degrees of classiness which the Golf R emanates, but enough folk will be looking for something slightly less ubiquitous, so it certainly has its place in the market.