BACK TO ALL NEWS
Currently reading: Seat Leon Cupra R Mk1 review | Past Masters
UP NEXT
First electric Lamborghini due by 2030 as two-door GT

Embarrassing a Mk4 Volkswagen Golf GTI dynamically isn’t exactly a tall order, but there’s something sweet in the idea of this upstart – the Seat that showed its supposedly more desirable VW sibling the way home.

It’s one reason the Leon Cupra R has always had something of a cult following, but those jutting, square-jawed looks certainly helped, too. Not to mention the power figure – one that gave the Cupra R a somewhat rowdy reputation.

On first acquaintance it is, in fact, anything but rowdy. The engine starts and idles to a quiet thrum, and although the interior is shot through with red highlights, it’s nevertheless clear that the underlying architecture is stock VW Group and utterly conventional. At slow speeds, the Leon is immensely easy-going. You won’t find the snorty exhaust or snatchy clutch of some rivals here. 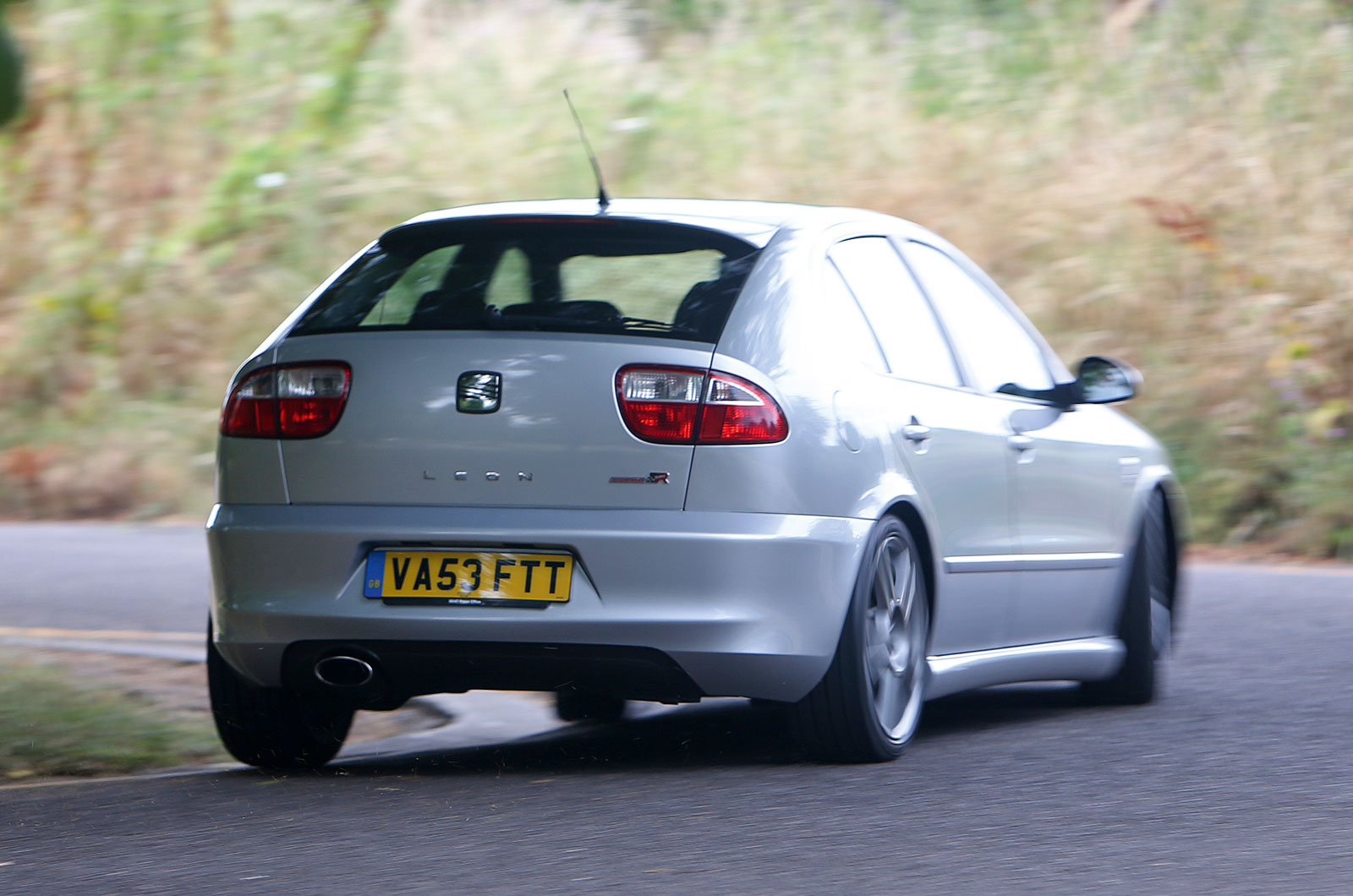 You actually find yourself asking whether this really was one of the most powerful hot hatches of its day – a true contender for the Mk1 Ford Focus RS and a good deal more powerful than the Honda Civic Type R. But the Leon keeps its muscle well hidden, providing you instead with utterly unassuming progress: light controls, a gentle clutch, a good stereo and effective climate control.

Is this just a quick Mk4 Golf, then, a car that does the ‘hatch’ bit of the hot hatch equation well, but disappoints on the ‘hot’ element? So it seems at first, but then you find an empty stretch of road and suddenly the Cupra R starts to make much more sense.

It’s not light on its feet like the Civic Type R, and nor does it have the same rabid, scrabbly way of getting down the tarmac as the Focus RS. Instead, the Seat feels solid and planted. Its front end hugs the road and remains composed even when you load up all that power halfway through a bend, and if you need to close the throttle again, the back end stays put.

It’s the engine that dominates proceedings, though. Its 221bhp was, let’s remind ourselves, a fair old bit of punch back then, and the Cupra R still feels pretty muscular today. You have to wait a second or two for the turbo to spool up, but once it does, the boost is delivered with a hefty wallop that fires you onward right up to the redline. 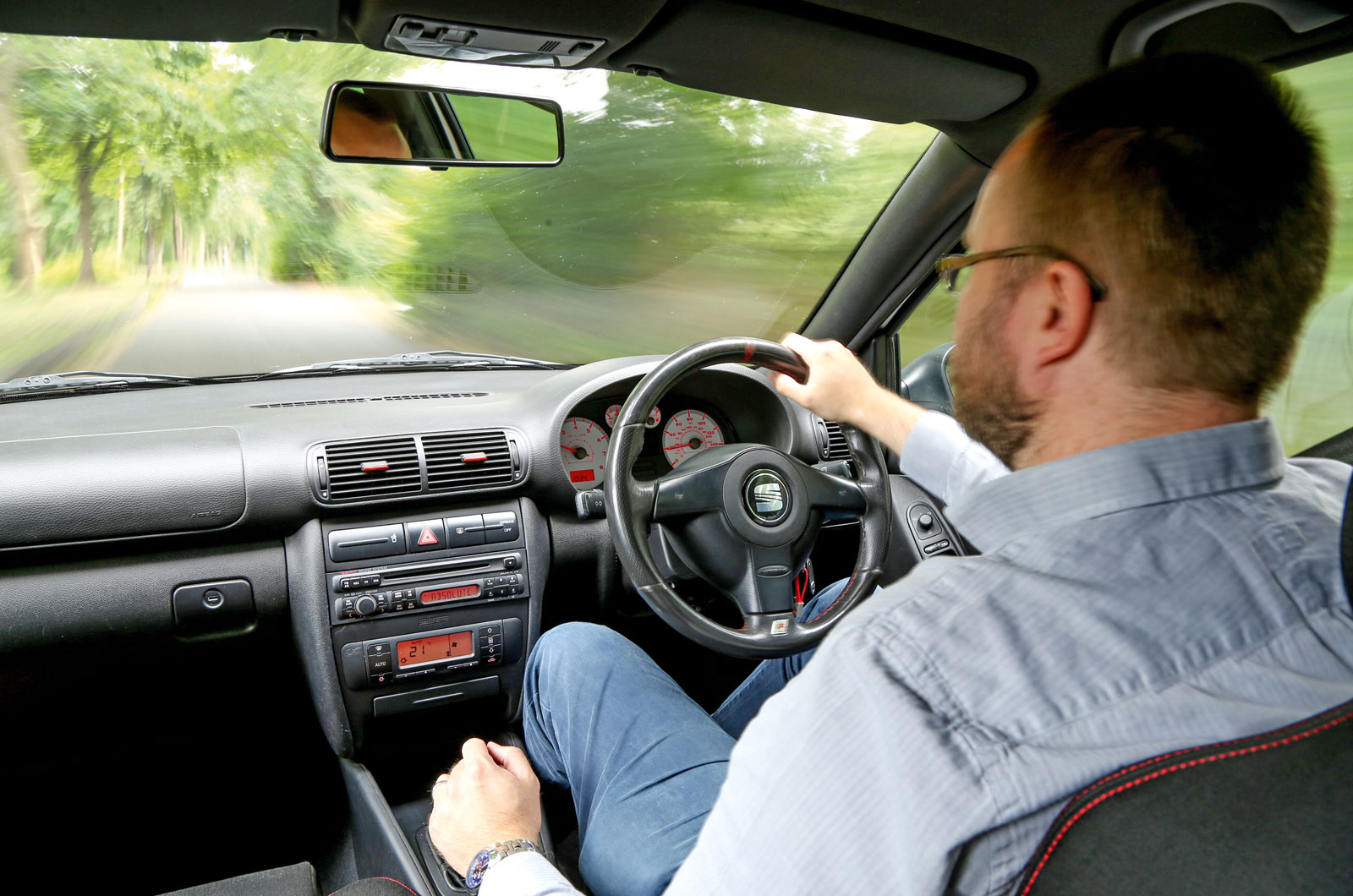 For all that, though, there isn’t quite the spine-tingling excitement you might expect, and part of the reason for that is the lacklustre engine note. Neither loud nor mellifluous, the Cupra R’s exhaust does little more than convey the gases away from the engine. Sound, it would seem, has not been given a second thought, and that renders the sense of acceleration purposeful, rather than downright exhilarating.

It comes down to this: the Cupra R is every bit an early 2000s VW performance product:fast, enjoyable, competent, impressive even, but lacking in that final dash of sparkle that the best performance cars have. That said, it gets far closer than most of its stablemates, thanks to the intense shove the engine delivers and the tenacity of the chassis.

What’s more, the Leon is a fantastic day-to-day companion. Quite often, these older hot hatches can have their usability compromised by stiff suspension or booming exhausts, but not the Cupra R. It is, in short, the car the Mk4 Golf GTI always should have been. And today, it’s available for a bargain basement price. Hard not to be tempted, isn’t it?

I ran a diesel Leon as a

I ran a diesel Leon as a company car, and I loved it. Great looks, similar interior to the A3 of the time, and cheaper/better specced than rge Golf. Always loved the Cupra