BACK TO ALL NEWS
Currently reading: Seat Leon Cupra and Cupra R Mk1 | Used Car Buying Guide
UP NEXT
First electric Lamborghini due by mid-2020s as two-door GT

Whatever their differences, hot Leons have always been interesting, especially the way some of them have embarrassed their posher Volkswagen Golf GTI housemates. Such was the case with the standard Leon Cupra (or Leon 20VT as it was first known) that arrived in 1999. Alongside it, and from behind the wheel, the Mk4 Golf GTI seemed dull. It can’t have hurt the Leon that one of the colours it was offered in was canary yellow. 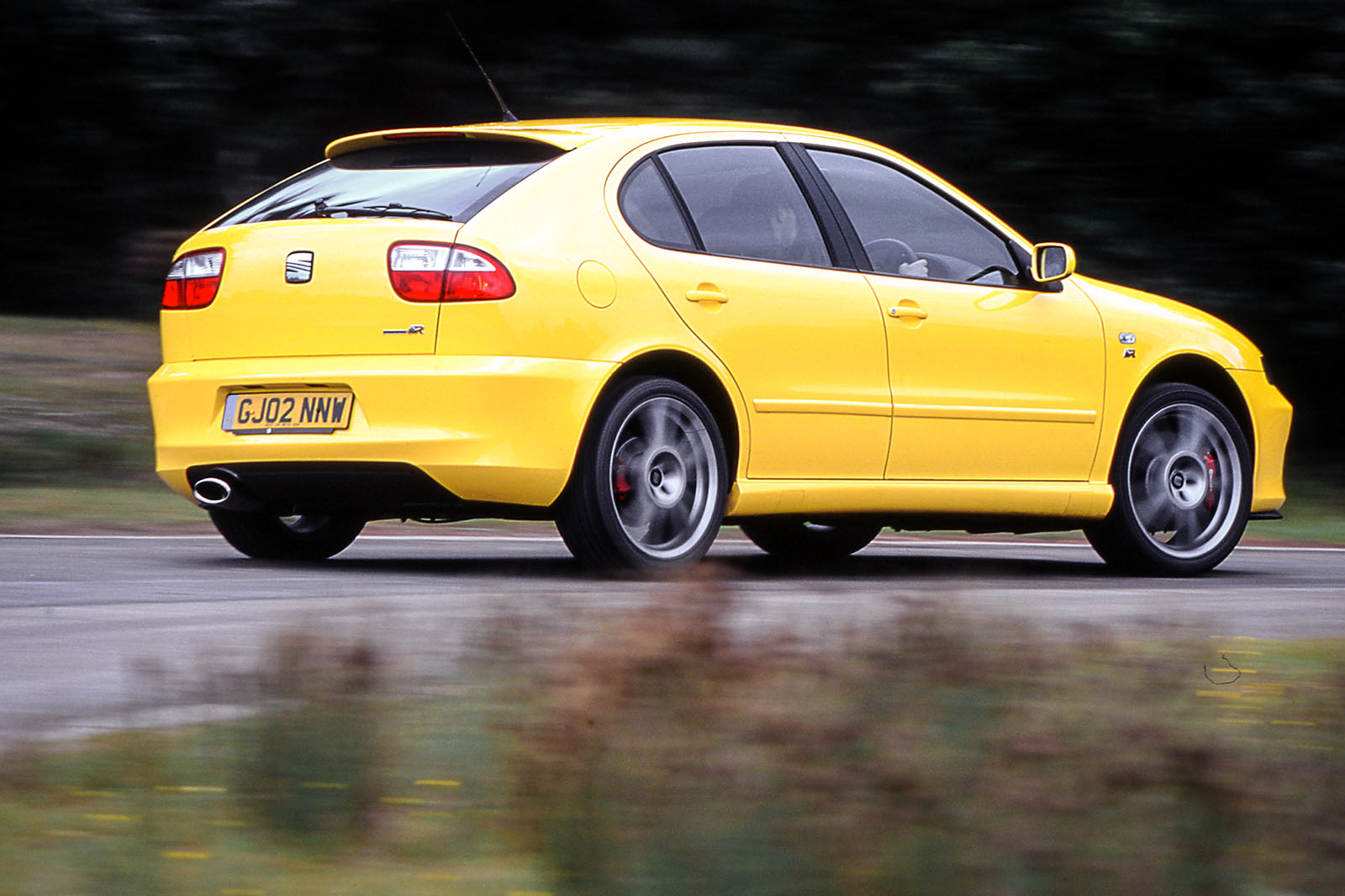 This lowest-powered Cupra was propelled by the VW Group’s 177bhp 1.8-litre 20-valve four-cylinder engine, breathing through a Garrett K03 turbocharger and driving the front wheels through a six-speed manual gearbox. It was fun (0-62mph in 7.7sec) and understated but what really got people talking was the 207bhp Cupra R that arrived in 2002.

It trimmed half a second off the Cupra’s 0-62mph time courtesy of twin intercoolers and a larger K04 turbo. Just as important, it gained more powerful four-pot Brembo front calipers, a set of 18in wheels, quicker steering and stiffer suspension. It looked the part, too, with its humpgrazing front splitter. Rare is the R whose splitter isn’t splattered.

People flocked to it – only for Seat to reward their enthusiasm one year later by replacing it with a 221bhp version capable of 0-62mph in, some reports said, 6.5sec. Still, if any Seat owners were miffed, VW and Audi owners must have felt worse since, priced at £17,000, this more powerful Cupra R cost the same as the distinctly unimpressive 148bhp Golf GTI and £7000 less than the S3. 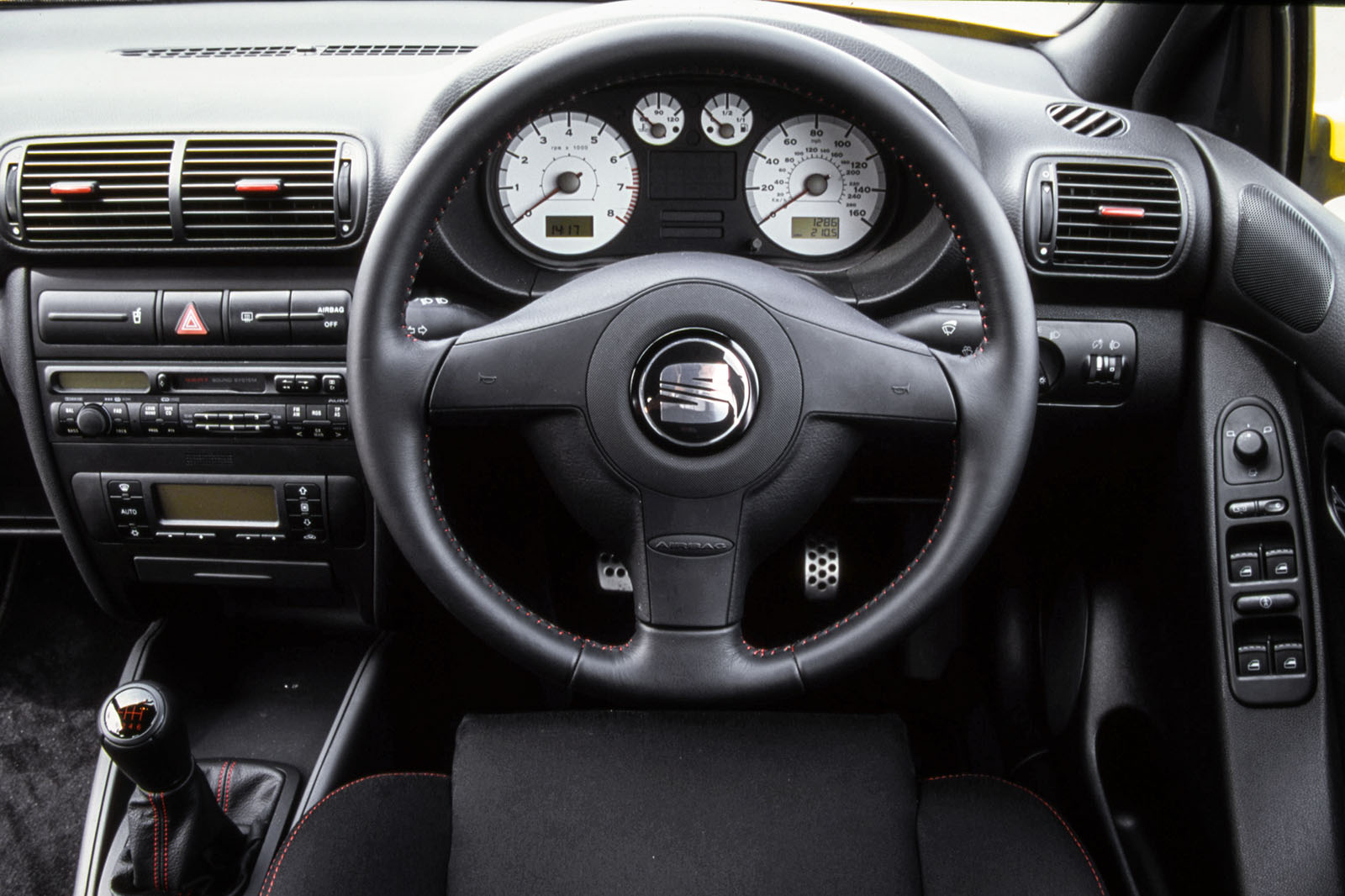 It wasn’t as though they could draw any comfort from driving better-made cars. True, the Leon’s poorer-quality door seals have come home to roost in the shape of water ingress that can cause musty smells and floor corrosion, and maybe the trim is a less well anchored, but that’s it. Assuming proper servicing (oil changes at 10,000 miles, cambelt and water pump at 60,000 miles, engine hoses replaced around 100,000 miles) and careful driving (allowing the turbo to warm up gently and then cool down before switching off the engine) the Cupra R and standard Cupra have proved to be resilient.

Back in the early noughties, Seat’s interiors lagged behind the brand’s sunny image of itself. The Cupra’s is no exception. It’s a dowdy affair but at least there are sports seats and air conditioning (climate control on R versions). Not a lot, granted, but buy a good Cupra or Cupra R and you’ll be enjoying yourself too much to care.

How does it drive? Click here for our Past Masters review of the Seat Leon Cupra R Mk1

“I really rate the Cupra. As a cheap hot hatch, I’d buy one over any other rival. That said, water ingress is a major issue. It comes in via the door seals, which are made of a low-quality foam. Seat should have used silicone instead of foam. A damp musty smell spells trouble, as does a thin line of water on the plastic step. The trouble is, damp rises and it can affect the dashboard as well as rot the kick panel near the foot pedals. You have to take the doors apart to fix it but there is a ‘secret’ cure we know that will stop it for good…” 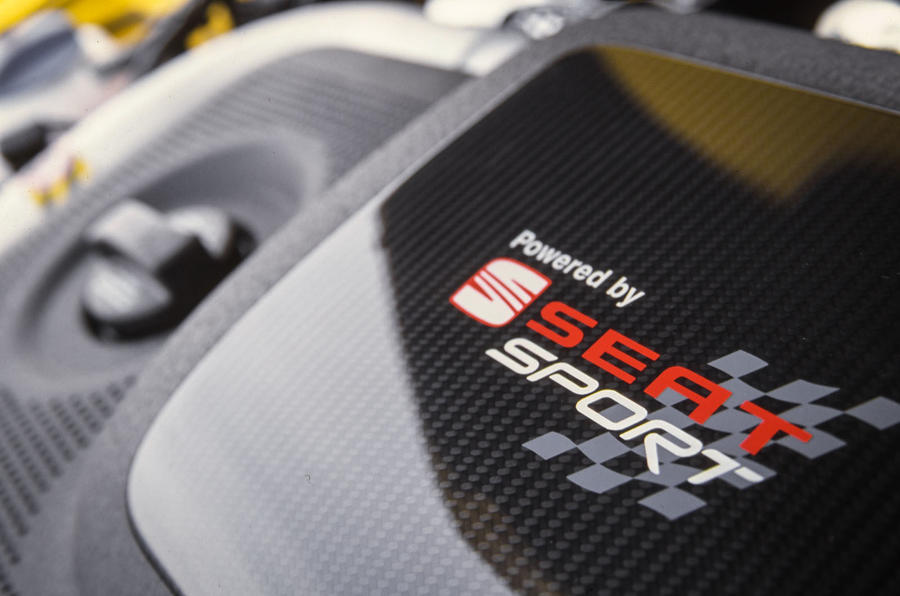 Check the condition of the pipes and hoses under the bonnet. They can suffer heat damage and develop microscopic leaks that may not be immediately apparent. Higher pressures will blow them apart. On high-mileage cars, keep an eye out for oil smoke, which can indicate a failing turbo. Ensure the cambelt and water pump were changed at 60k miles. Misfiring and rough running could be a failing coil pack, an issue which blighted early Cupras

The six-speed manual gearbox is tough but expect the clutch to bow out at around 80,000 miles. If the clutch pedal is resting pointlessly on the floor, check the condition of the clip connecting it to the clutch master cylinder. It’s a timeconsuming fix

Top mounts on the Cupra R are a weak spot, and on all versions, the bottom coils on the rear springs can snap. Bushes will be worn at this age so consider fitting polyurethane items.

Any body rust is likely to mean a crash repair. Water ingress via the doors is a major problem. Check for corrosion by lifting carpets and scrutinising the kick panel behind the pedals. The R’s front splitter is prone to damage but it is only cosmetic. Front lights fog up easily.

Check the air-con works. Its failure could indicate penny-pinching elsewhere. Electric windows can pack up due to a faulty regulator.

Can’t find a decent Cupra R? With so many good Cupras around, consider upgrading one to 206bhp, with the suspension to match. You’ll need a Revo software upgrade (£420), a Milltek cat-back exhaust (£1200), an induction panel filter (£55) and 20mm-lower KW Street Comfort suspension (£1080). All prices exclude fitting. 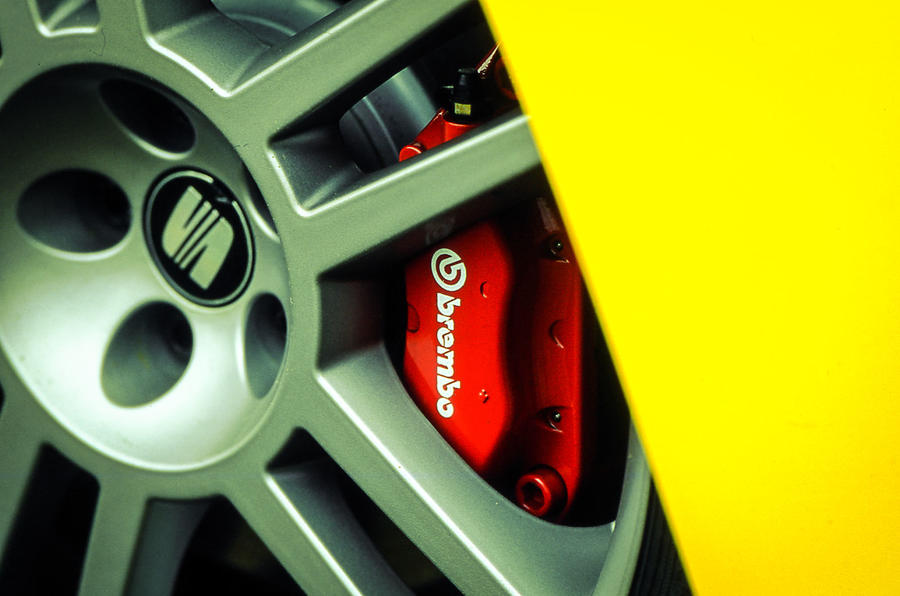 Mix of unwanted Cupra trade-ins, some cat D write-offs and a few private cars, all with more than 120k miles but some with full service history and long MOTs.

Especially near £1495, some Cupras with full service histories, including cambelt and water pump changes

Sub-100,000-mile Cupras, many in good condition and with good histories.

I do love this kind of posts. I have a visited this Best Technology Reviews Site In 2019 website which contains dozens of useful informative posts.

Wow! Good this is almost the

Wow! Good this is almost the finest information that I was searching for especially for the prices.

I simply want to tell you that I am new to weblog and definitely liked this blog site. Very likely I’m going to bookmark your blog Negan Jacket. You absolutely have wonderful stories. Cheers for sharing with us your blog.