Ford has released pricing for the Ranger Raptor, a range-topping, performance-focused special edition of its strong-selling pick-up truck.

Due to go on sale imminently, the Ranger Raptor is priced at £48,775, inclusive of VAT. Autocar has yet to received full equipment details of the UK-bound model.

The truck made its European public debut at Gamescom, a video gaming trade fair in Cologne, Germany last year, because it appears in the Forza Horizon 4 video game.

As with other markets, the off-road-tuned pick-up is powered by a 2.0-litre twin-turbocharged four-cylinder diesel engine that makes 210bhp and 369lb ft, sent to all four wheels through a 10-speed automatic gearbox.

Official fuel economy and CO2 emissions figures for the Ranger Raptor are yet to be released. 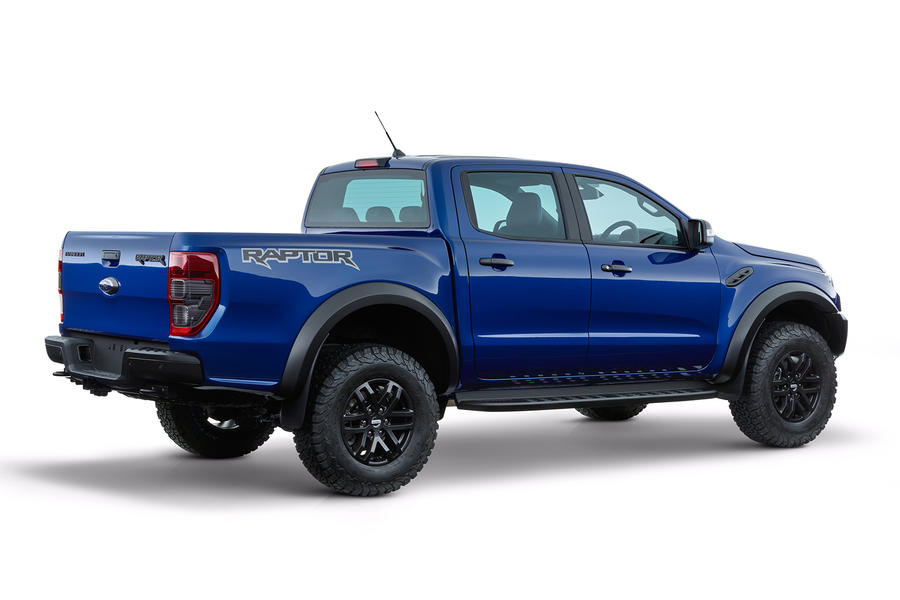 The model doesn't just focus on straight-line performance; its front suspension is upgraded to feature Fox Racing shock absorbers, while the rear gains a new Watt's linkage system with coilovers. Off-road speed is a priority for the Ford Performance-developed model, so a set of knobbly BF Goodrich tyres have been specially developed for it.

The truck shares its gearbox, which has paddle shifters mounted on the steering column, with the facelifted Mustang and F-150 Raptor. No manual option is available.

Ford has also lifted the Ranger to give the Raptor a ground clearance of 283mm, while its front and rear tracks have been widened to 1710mm. The chassis has been modified to handle high-speed off-roading, while the brakes now measure 332mm, up from 323mm. The callipers are larger than the standard model's, too, at 54mm.

There are six selectable driving modes, with Normal and Sport meant for the road. Sport makes gearshifts occur at higher revs and downshifts come more readily when required.

The four off-road drive modes tackle different terrains: Grass, Gravel and Snow; Mud and Sand; Rock; and Baja, which brings the benefits of Sport while scaling back interference from the traction control for high-speed off-road driving.

Meanwhile, the Transit Custom van accounted for 60,000 sales – just under half of Ford’s commercial vehicle registrations.

Does someone know exactly

Does someone know exactly what date they are coming out?

More expensive than a 5.0 V8 Mustang?

£50K buys you 0.2 of a second over bob the builder, and the chance to watch a granddad Smith leave you standing at the traffic lights in his 1.0 Fiesta Ecoboost.

(But it looks amazing and I want one)