BACK TO ALL NEWS
Currently reading: Road test rewind: Tesla Model S
UP NEXT
UK electric car ownership jumped 53% in 2020

2013 saw the second Tesla car make its way through the Autocar road test. The Roadster may have been an EV curiosity, but the Model S proved itself as an electric pioneer. Here's why:

Ten years ago, we’d have bet on a car maker from Japan, Germany or even South Korea to launch the world’s first viable, fast, practical and competitively priced all-electric luxury saloon in the UK. An upstart from Palo Alto, California, would not have even been a blip on the radar.

But, within a decade, Tesla has gone from CEO Elon Musk’s brainchild to deadly serious player in the business of building zero-emissions cars.

Leaving to one side the embryonic Roadster, the Model S is the first prong in a plug-in trident of a plan that will also bring a smaller saloon and a larger crossover SUV. It looks like a conventional executive saloon, but beneath the skin, the car’s layout is anything but. Its aluminium/steel monocoque houses a roomy storage area under the front bonnet, a lithium ion battery pack under the floor (in our test car’s case of 85kWh ‘gross’ capacity) and a drive motor on the rear axle making up to 416bhp and 443lb ft. Our test car had air suspension, and you can upgrade the running gear beyond its Performance Pack specification with the beefier dampers, bushings, anti-roll bars and wheels of Tesla’s Performance Plus version at extra cost.

There’s an extravagant freedom from convention about the interior worthy of a concept car. You get a taste of it every time you contemplate nearly 1800 litres of cargo space split between two boots, but it’s even more striking as you get to grips with the cabin’s enormous portrait-oriented touchscreen infotainment system.

It controls everything from opening the sunroof to changing the air-con settings, and while it makes some tasks more complicated, in other ways it seems light years ahead. 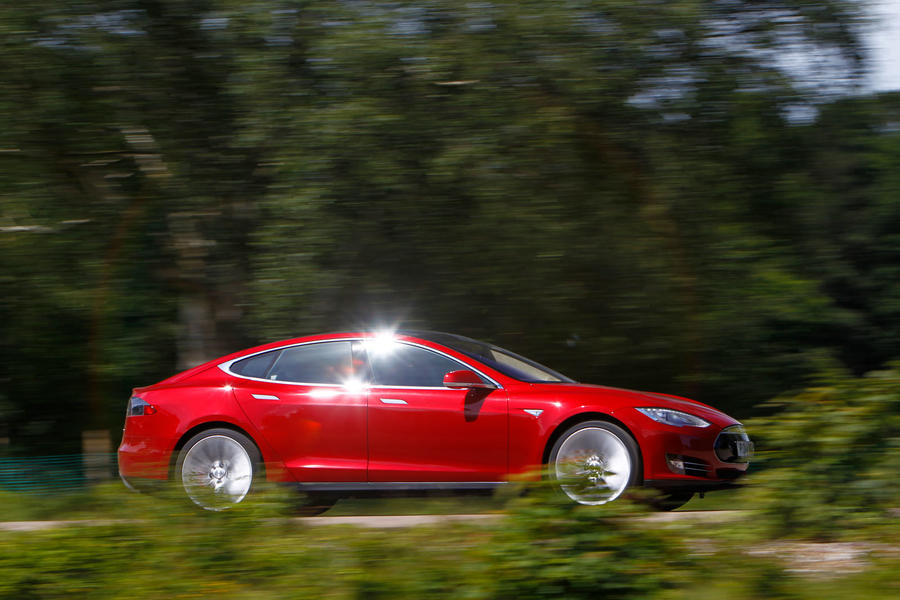 The car’s performance combines remarkable refinement, potency and ease of operation. It’s a little like the 21st century equivalent of a V12 Jaguar, BMW or Mercedes saloon: torquey, suave and relaxing. The brilliance of its delivery is all about instant, perfect pedal response. From standing, the car is super-saloon fast – but even more striking is how precisely you can meter out that pace.

On typical UK roads, the Model S conducts itself with decent dynamic competence. It does isolation and comfort better than handling poise, although it neither rides nor handles with particular brilliance. The chassis can hack the pace its powertrain can lay down on the road, but it does so less well on the track.

Our touring economy test suggested the 85kWh car should do 222 miles on a full charge at a 70mph cruise.

The Model S is the first electric car to acknowledge how hard it will be to make small EVs work for consumers. As a bigger, pricier, more luxurious option, it shows a very promising way forward. Impressive usable range combines with outstanding performance, practicality, refinement and desirability. A triumph.

Four and a half stars 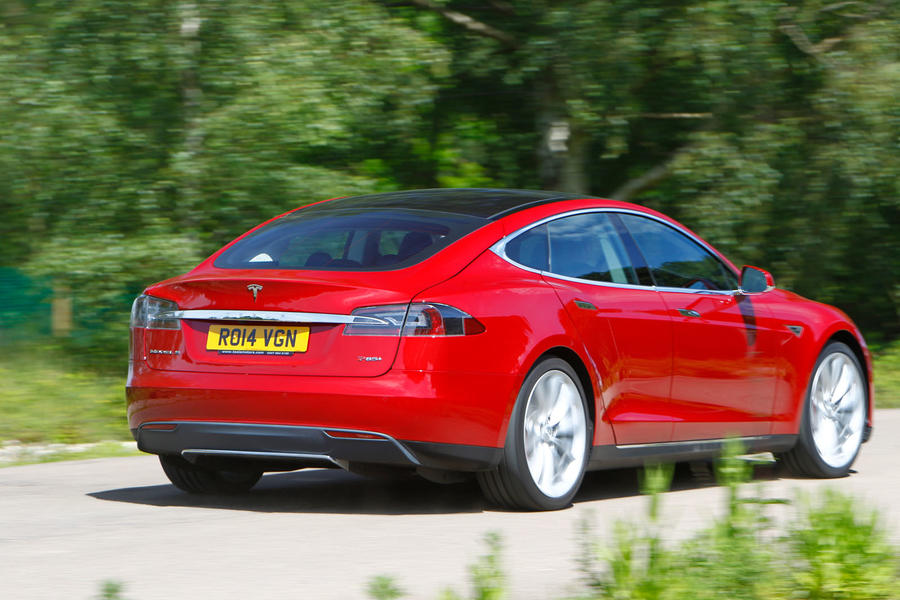 The Model S wasn’t the first electric car to undergo a full Autocar road test. But it was one of the very first EVs we’d tested with enough range to be driven from the Autocar office in Middlesex to our habitual test base in the Midlands – and potentially even arrive at MIRA with enough remaining range to actually do something. After the Mk1 Nissan Leaf, Mitsubishi i-MiEV and their like, this was quite a development.

As I remember, that’s not quite how it happened. Fearing our tests would quickly flatten the car (and testing it on a depleted battery would only lead to compromised performance in any case), I drove it up to stay near MIRA overnight and trickled some power into the car’s battery using an unwound mains extension reel. Not ideal but, well, needs were musting.

We all wanted to like the Model S – to believe it could be an icon for a brave new world of motoring. Even so, it wasn’t hard to maintain objectivity about it. Its handling was only averagely well resolved and its cabin quality would never have been signed off by a ‘legacy’ car brand.

But it wasn’t hard to see past those limitations, just as so many owners have since – and the rest is history.