Six years after it arrived, this is still one of the best electric cars
Share
Open gallery
Close
Share story

No doubt you’ll have opinions of the bloke himself, but it says a lot about Elon Musk’s foresight that the oldest model in Tesla’s current line-up still feels fiercely futuristic compared with almost any other new car.

In fact, even if you buy a six-year-old Tesla Model S, it’s more cutting-edge and innovative than many of the modern alternatives, whether they’re engine-powered or electric.

And while some versions of the Model S asked for north of £100,000 when new, you’ll find that used ones start from just £30,000 today. No matter the model you go for, you’ll get a big car that handles tidily, rides nicely and has a dose of luxury to go with its sizeable electric advantages. 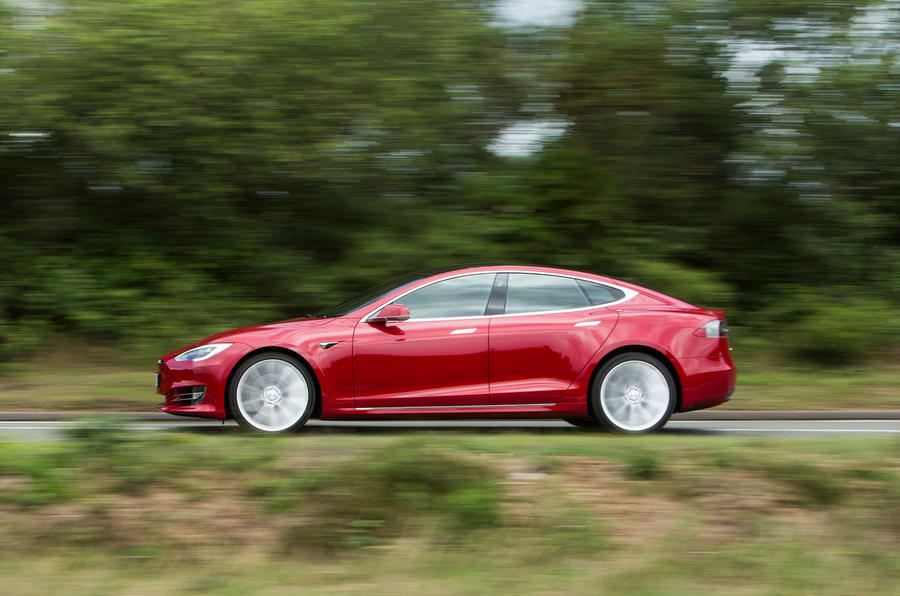 Used market prices start with a 60 or 80 model from 2014 with one motor driving the rear wheels. For a big boost in performance (and, in most cases, range), look out for later cars with a D suffix, which indicates dual motors and four-wheel drive.

Of the lot, the 75D makes the most sense, with prices starting at around £40,000. It will be able to cover more than 200 miles from a full charge in real-world driving conditions and still crack 0-60mph in a staggering 4.3sec.

But if you’re hell-bent on speed, try the P100D with Ludicrous mode (or P100DL in Tesla slang). You will obliterate 0-60mph in 2.5sec and never meet anything faster than you on the road. This version is scarce, though, so don’t dither if you find one; prices start from around £65,000.

While Tesla’s headline-grabbing performance figures are a major draw, its charging infrastructure solution should appeal more. With its Supercharger network, you’ll have access to 500-plus charging stations at more than 60 destinations around the country and pick up a 10-80% charge in as little as half an hour. Plus, the used Model S you’ve found may be able to use them for free; ask to see the Tesla account linked to the car to find out.

If you do that, you’ll also get a handle on what ‘self-driving’ abilities your car has. This gets complicated, because the Autopilot system (which includes lane-keeping assistance and adaptive cruise control) has changed definition and names down the years and didn’t always come as standard. 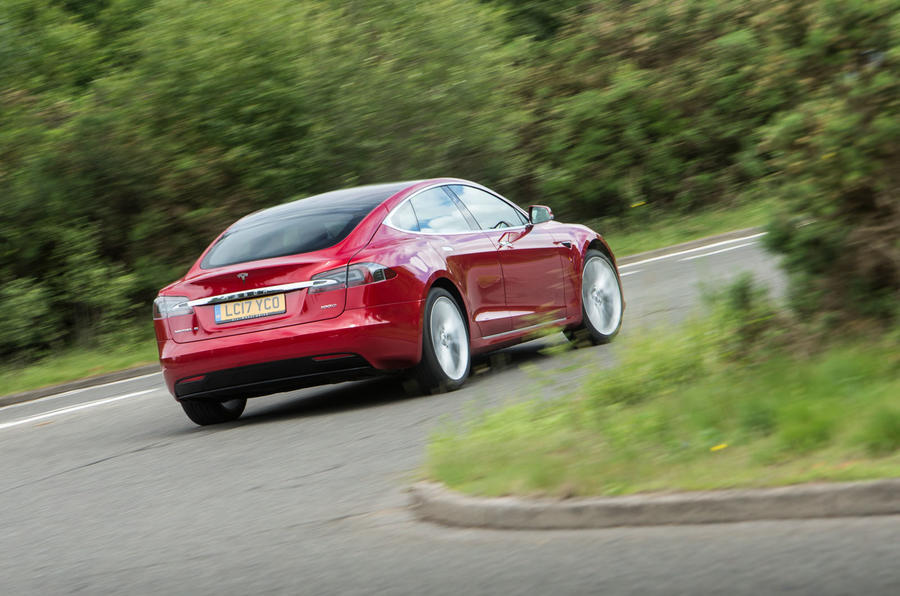 You may also see Full Self-Driving Capability, which allows the Model S to park itself, change lanes on the motorway and even be controlled at very low speeds from a smartphone. Plus, it enables the car to recognise stop signs and traffic lights and come to a standstill. It will also be able to use Autopilot to navigate around cities – once the tech and law allow.

You need Autopilot 2.0 to support Full Self-Driving Capability, so a car built from late 2016 onwards. And even if the Model S you fancy doesn’t have this tech, you can add it over the air for a fee.

The latest Model S variants are badged Long Range and Performance, but they’re so new that you won’t find many for sale.

There was a seven-seat option for the Model S, but cars with this are very rare on the used market.

There are signs of gradual improvement, but overall Tesla has a dreadful record for reliability.

Every Model S comes with an eight-year, unlimited-mileage warranty covering its battery pack, while the car itself gets a four-year/50,000-mile warranty. 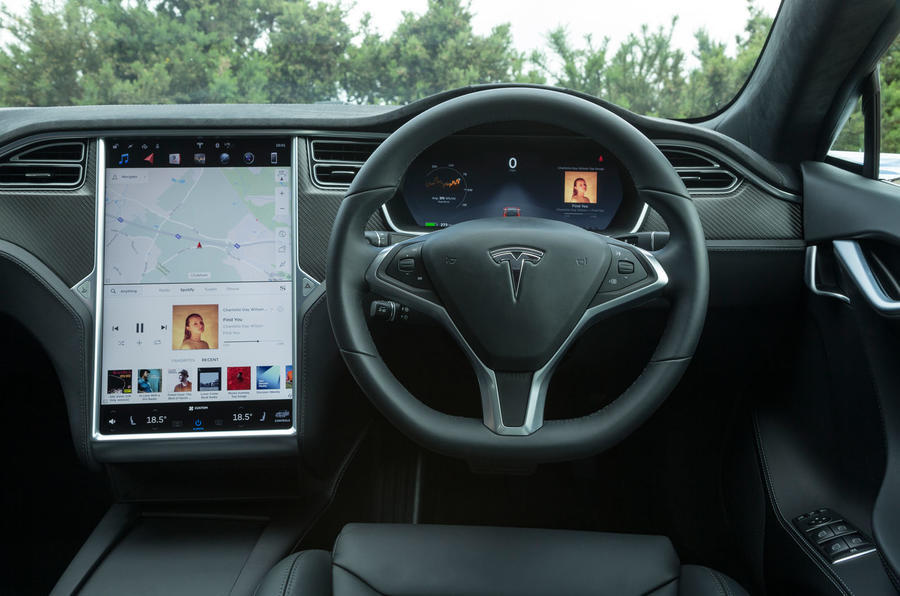 A light facelift in 2016 brought a new front end without an imitation grille surround and the Bioweapon Defence Mode air filtration system.

75D: With great range and great performance, this is a fine example of an electric car that’s exciting to drive and easy to live with. Still goes toe to toe with any other modern EV.

P100D Ludicrous: Not just ludicrous but also maddeningly, frighteningly rapid beyond all reason. It’s the Model S to have if you crave ultimate performance bragging rights, even if you’ll need access to a disused airfield to be able to make full use of its pace.

The sentence "Tesla has a

The sentence "Tesla has a terrible reputation for reliability", buried in the text, does not inspire confidence.

I was looking for anecdotes of specific failures until I came across the above summing up.

And what's this 7-seat option for the model S? Where's the space for the third row of seats? Unless it meant 3 in the front row & 4 at the back?!

These buyers guide are always

30 July 2020
These buyers guide are always thin on the ground with specific information on possible issues you may have and what to look for, they seem to just summarise price and spec available.

The extra seats are a third row which are in the boot, rearward facing like Volvo estates used to have.

In the case of Autoprat

That's impressively little depreciation, so the reliability issue needs digging into, interestingly Which mag said you're more likely to break down in BMW than a new Tesla but you'll have more problems with a Tesla.  Also, there are alot of Model S with 300k in the states so it can't be all bad (wouldn't want to run a 300k Panamera).

There was a 7 seat option by the way abkq, I think it faced backwards

I feel sorry for the kids

30 July 2020
I feel sorry for the kids having to sit facing backwards with a sloping roof!

Wait till you see a picture of a 7 seater Model Y with 2 adults in the back, the vomit comet.

30 July 2020
Yeah and as a £2k option it's hardly surprising that you don't see many around. I suppose for small kids on a short journey it may be ok but like you say, with that sloped roof it must be claustrophobic, unlike the old Volvo estates that had plenty of room.

Tesla actually made proper looking dashes for there cars then

30 July 2020
Unlike now where they are so dull just one horrible big screen in the middle and very little to the dash design at all. I would have a Model S overcany of the other Tesla models.

I've driven 2014 85 for 3 years and reliability hasn't been an issue, though software updates have reduced the range to around 220miles. I believe that was to extend the life of early batteries. They are a bit slower accelerating than the D versions but still fast, 0-60 5.4secs and 0-30 in bloody hell. Handling in the 2 wheel drive version is a bit interesting. If you treat it like an old Porsche, you can feel the electronics fighting physics. Apart from which, I've never regretted buying it.

I-Pace is all you need

Love Tesla, but the I-pace is the only electric car on the market that we should have eyeballs on.