Alongside its upcoming Taycan saloon, Porsche is planning a plethora of zero-emission models by 2022
Open gallery
Close

Porsche is planning a battery-electric SUV and all-electric Boxster/Cayman sports car, plus a Taycan Targa, for launch by 2022 as part of its investment in electrification.

Porsche finance director Lutz Meschke revealed the plan for a battery SUV and sports car at an event in Germany last week. "You can expect a SUV BEV [battery-electric vehicle] by 2022 at the latest,” he told journalists, without elaborating further.

Meschke also told journalists that “the Boxster and Cayman could be suitable for electrification”.

Departed Volkswagen Group CEO Matthias Müller – previously Porsche’s boss – committed every group brand to having an electrified version of every model by 2023, and Porsche was no exception.

Meschke referred to the electric utility vehicle as a “big SUV”, which would indicate a Cayenne-sized car, but the Cayenne is just a year old and not due for replacement until 2024/25. It would make a natural rival for the Tesla Model X.

To get an electric SUV to market more rapidly, Porsche is likely to focus on the replacement for the mid-size Macan – which currently shares its platform with Audi’s Q5 – as it is due for replacement around 2021. However, there are at least three other possibilities: a variant of Audi’s new E-tron SUV, a re-engineered Cayenne, or a ground-up new Porsche all-electric SUV.

Porsche is moving fast in the direction of BEVs post-Dieselgate and the new Taycan four-door has been in development for four years and will be launched in late 2019. 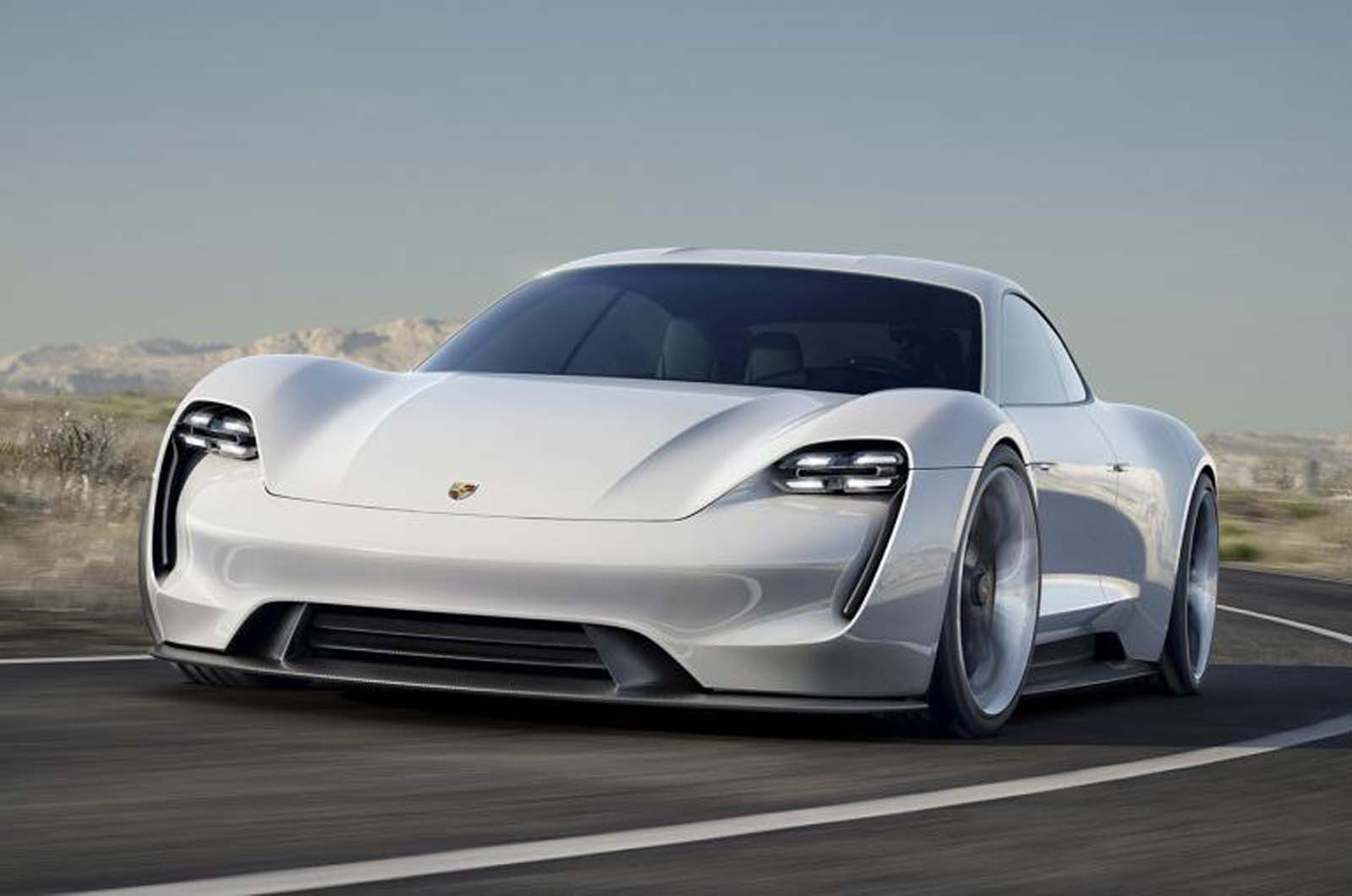 This month, Porsche announced that it will drop diesel from its engine line-up. This will especially affect the Macan, one of its bestselling vehicles and sold with a rich mix of diesel engines.

Porsche is already working on a new, all-electric platform, called the PPE, jointly with Audi for a next generation of electric vehicles. The PPE is all-new, but includes learning from the J1 underpinning that’s the basis for the new four-door Taycan BEV, due on sale “by the end of 2019”.

The Taycan will become a family of models with further strong hints that the Cross Turismo, shown as a concept at Geneva this year, has a production future. “The Taycan derivatives have already been showcased,” said Meschke.

It has also emerged that the Zuffenhausen plant where the Taycan will be built is preparing for a Targa version, for launch in 2020/21. Details are scarce, but the Taycan Targa is most likely to feature a large glazed opening that slides down to the rear hatch area. The J1 underpinning could readily be adapted with a short wheelbase and two-door body as the basis of a new compact Porsche sports car. However, such a mod would reduce battery size, range and performance.

Preparing for more electric models after the Taycan, the new PPE architecture is in development in parallel with the Taycan and could be ready for market in 2022, when Porsche says its BEV SUV will be on sale.

It is unclear if the PPE platform is sufficiently flexible to underpin multiple powertrain layouts and firewall heights, but Porsche has already built an electric Boxster E prototype. A packaging prototype, it was also touted as a possible rival for the Tesla Roadster. But that was seven years ago, an age in electric car development.

The Boxster E had componentry borrowed from VW’s Golf blue-e motion and a 121bhp electric motor fed by a 340-cell lithium ion battery pack, all packaged in the space vacated by the flat-six combustion engine.

Porsche engineers learned a lot from that car, including concerns that the weight of the battery powertrain would affect performance and handling, the latter because the weight raised the centre of gravity. One told Autocar last year that “fully electrified sports cars would work well for longitudinal acceleration, but the weight disadvantage is in the handling”. Whether a future 911 will use solely battery power is also up for debate.

Meschke confirmed that the next 911, in its new 992 guise and due on sale later this year, will include a hybrid version.

The 911 hybrid won’t be available at launch, but is pencilled in to the plan as part of the new model electrification onslaught by 2022 – to fulfil the group strategic target of every model with an electrified version by 2023.

Porsche engineers have previously told Autocar that the packaging issues of a pure battery electric drivetrain were incompatible with the 911 as a fine handling sports car with everyday usable 2+2 seating.

Last year, an engineer told Autocar that next-generation solid state batteries, which are lighter and predicted to be able to be shaped to reduce package space, might be the required breakthrough to make a 911 BEV a reality. However, solid state technology may be a decade from production.

The reason we want a 600+ mile range in an electric car is because life is unpredictable.  Petrol stations are everywhere, pumps are pretty much always available and refills take 5 minutes.  I don't want a car that will go 250 mile, maybe less with aircon etc., then have to wait around possibly for hours for it to be recharged, assuming that the charger is a) compatible and b) functioning and c) available, and if not available, so designed that there is an orderly queue. I don't want my rest stops on a long journey to be limited to places within short walking distance of a recharger.  With petrol I can research good food or interesting places on the internet and build stops around that.  Right now the infrastructure for an electric car only household is absolutely NOT in place, even here in California, and until it is, either we need a 600+ range or we have a second, petrol drinking car, or we accept compromises that for me kill the deal.

I presume when saying 'WE' you mean you and Peter, otherwise you make it sound like you speaking for everyone.  BEV's might not be for everyone but then they don't have to be to be a success.

Tesla now outsell Mercedes in America (big country with cheap petrol) with cars that do JUST 250 miles and those owners seem to manage.

Thank you for recognising

Thank you for recognising that BEVs aren't for everyone.  My point was to explain why they aren't for me, and it isn't the 250 miles (if you are lucky), it's what happens after that.  I speak for myself, as you do.

Not making many Kona's available in the US for $36k either as Hyundai won't make money on them so they're limiting them in the US, limiting numbers pretty much everywhere actually.

It will be nice to see them

It will be nice to see them spending huge money promoting that BEV sports vehicle, making all kinds of ads and paying to all kinds of celebs to drive one just too see if they can sell a few. Meanwhile the ICE 911's sell bucket loads just by being that, an ICE 911.
View all comments (8)