BACK TO ALL NEWS
Currently reading: Porsche Mission E Cross Turismo previews 2021 production crossover
UP NEXT
Why now is the time to buy a proper high-mileage hero

Porsche pulled one of the biggest surprises at the Geneva motor show with the unveiling of a new 590bhp electric-powered crossover vehicle based on its upcoming Mission E.

Called the Mission E Cross Turismo concept, it is described by the German car maker’s chairman, Oliver Blume, as a feasibility study created by a team of designers and engineers to examine if a market exists for such an outwardly sporting zero-emission ‘cross utility vehicle’.

He said it "fuses Mission E design with Panamera Sport Turismo off-road touches" and it is "a unique concept that has instant appeal".

Unofficially, it is a rolling blueprint for Porsche’s second electric model, which is set to follow the production version of next year’s Mission E four-door sedan to showrooms in 2021 with the sort of performance that, according to Blume, will not disappoint. 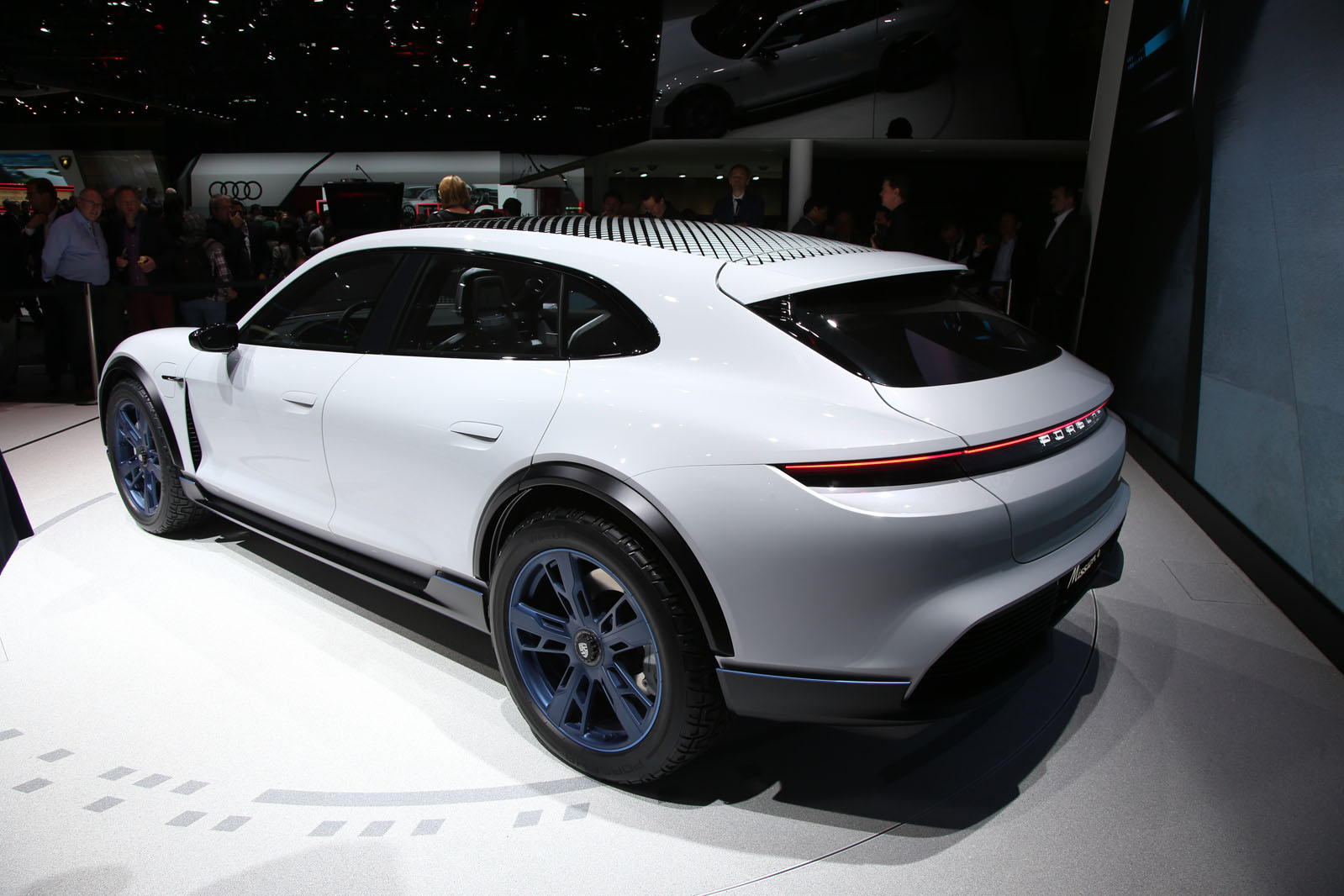 “The Mission E Cross Turismo is an expression of how we envision the all-electric future,” said Blume. “It combines sportiness and everyday practicality in a unique style. It will be fast to drive, but also quick to recharge and able to replicate its performance time after time.”

Powered by two permanent magnet synchronous electric motors - one mounted up front and another at the rear – the four-wheel-drive Mission E Cross Turismo is claimed to boast a combined 590bhp, some 76bhp more than the facelifted version of the Porsche 911 GT3 RS that also made its public debut in Geneva.

Porsche said the power characteristics of the two electric motors provide a "level of continuous power that is unmatched by any other electric vehicle" on sale today.

Porsche hasn’t revealed any details about the weight of the 4950mm Mission E Cross Turismo long concept, but computer simulations suggest it will accelerate to 62mph in less than 3.5sec and reach 124mph in less than 12.0sec.

The new Porsche has been engineered with the same 800V charging system as the Mission E, with an 80% recharge claimed to be possible in less than 15 minutes.

Alternatively, the Mission E Cross Turismo can be charged inductively.

Stylistically, the second of Porsche’s electric models adopts the smooth body surfacing of the Mission E sedan together with characteristic off-road cues such as wheel arch cladding and underbody protection.

Inside, it previews a new curved touchscreen display coupled with an eye-tracking control system used to operate its infotainment system. 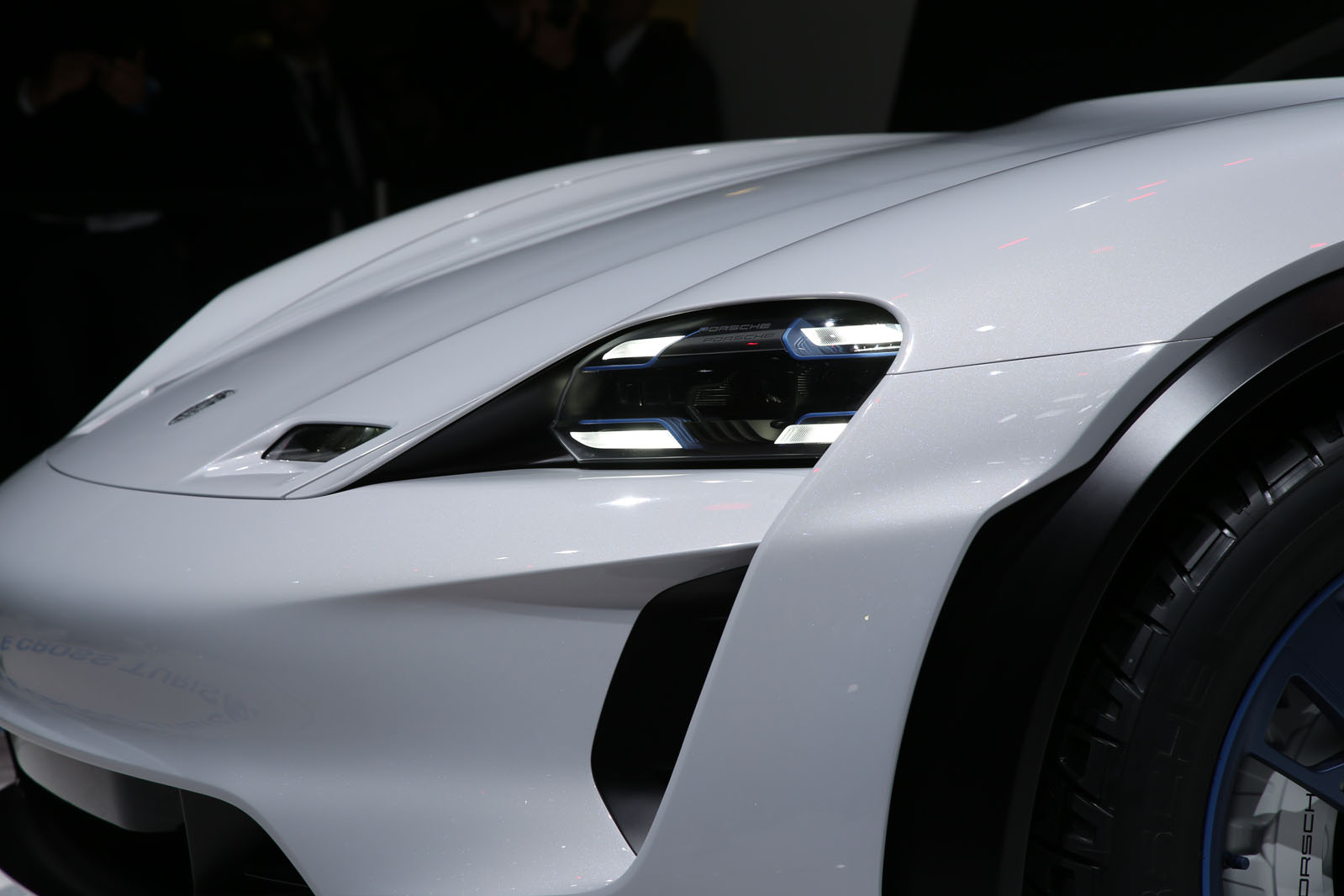 The Mission E models are the clearest illustration of Porsche's increasing focus on eletrification, but the brand is also quietly working on an electrified variant of its 992-generation 911, which is due out in 2019. It will mate an electric powertrain to a turbocharged flat-six engine to become the first hybrid 911.

Company executives have suggested to Autocar that all-electric versions of the 911 and its smaller 718 siblings are already being considered for the future as well, but they're unlikely to make it on to roads until solid-state battery technology - which offers vast improvements in range and charge times - reaches a point where it can be commercialised.

The use of electric power in Porsches reflects changes in demand from the brand's customers, who in recent months have begun to demand hybrid models in significantly larger numbers. Sales of the Panamera 4 E-Hybrid, for example, accounted for 50% of global Panamera demand last year.

Have you decided how many Mission Es will be produced?

“We will finalise the numbers in the middle of this year when we have a global distributors conference. Then we will evaluate the volume and demand.”

Has the Mission E Cross Turismo bodystyle been approved for production?

“We are still waiting for feedback, but we think the 30mm higher ride height is a good concept for this type of vehicle.”

Can you clarify Porsche’s position on whether diesel engines have a future?

“Diesel has never had the importance at Porsche as at other brands. Last year, it accounted for just 12% of our sales mix. Today, we have no diesel offering, but the new Cayenne has been prepared for [a] diesel [powertrain], but we haven’t decided yet for production. We will have the eight-cylinder and plug- in hybrid for the Cayenne, and maybe diesel. Diesel is good for long-range driving, so it may have a future.”

Elextra EV to launch in 2019 as Porsche Mission E rival

As Scrap says, throw away the pseudo jeep rubbish, plus drop it down to car height and call it the 911 estate, because it looks good enough to carry that name.  Bin the electric shyte and put in proper engines to make it useful, then lo and behold, Porsche would have a cracker of a sports-estate-ish car on their hands.

Nice, apart from the ‘off

Nice, apart from the ‘off road’ details, which are ugly and stupid.

Estate, good luck getting a wardrobe in that. On a more serious note Tesla have 18 months to get their act together and start banging out the Model 3 in serious numbers, announce the Model Y and make plans for a Model S replacement if they haven't already.

The Model Y & the (British built) Nissan Qashqui Electric will probably hit Europe about the same time. Hopefully, both will "start" sub-£40k for UK tax breaks, though no doubt you will be able to spec them much higher, which is likely to top out about where the iPace & Mission-E estate start. Exciting times. Let's hope that the charging network keeps up.