BACK TO ALL NEWS
Currently reading: New Toyota Supra on course for 2018 launch
UP NEXT
First drive: 2022 BMW XM prototype

New information suggests the long-awaited Toyota Supra will arrive in 2018, shortly after the BMW Z5 with which it will share many parts.

BMW and Toyota have been jointly working on the models since 2012, but have now begun to move development off in their own directions. BMW has been spotted testing its convertible Z5 on the road and Toyota is said to be at a similar stage of development.

While the Z5 will effectively be a replacement for its Z4, the Supra will come as the long-awaited successor to Toyota's discontinued coupé, which was last produced in 2002. The new Supra will take inspiration from the FT-1 concept of Detroit 2014 (shown below), and will sit above the GT86 in Toyota's line-up.

That positioning tallies with the return of one of Toyota’s classic sports car names. While the Celica badge has traditionally been used for models of the GT86’s size, the Supra name would give the firm a mainstream sports car flagship. It also allows the new car to be considerably more expensive than the GT86, reflecting what is likely to be a complex powertrain and high-tech construction. 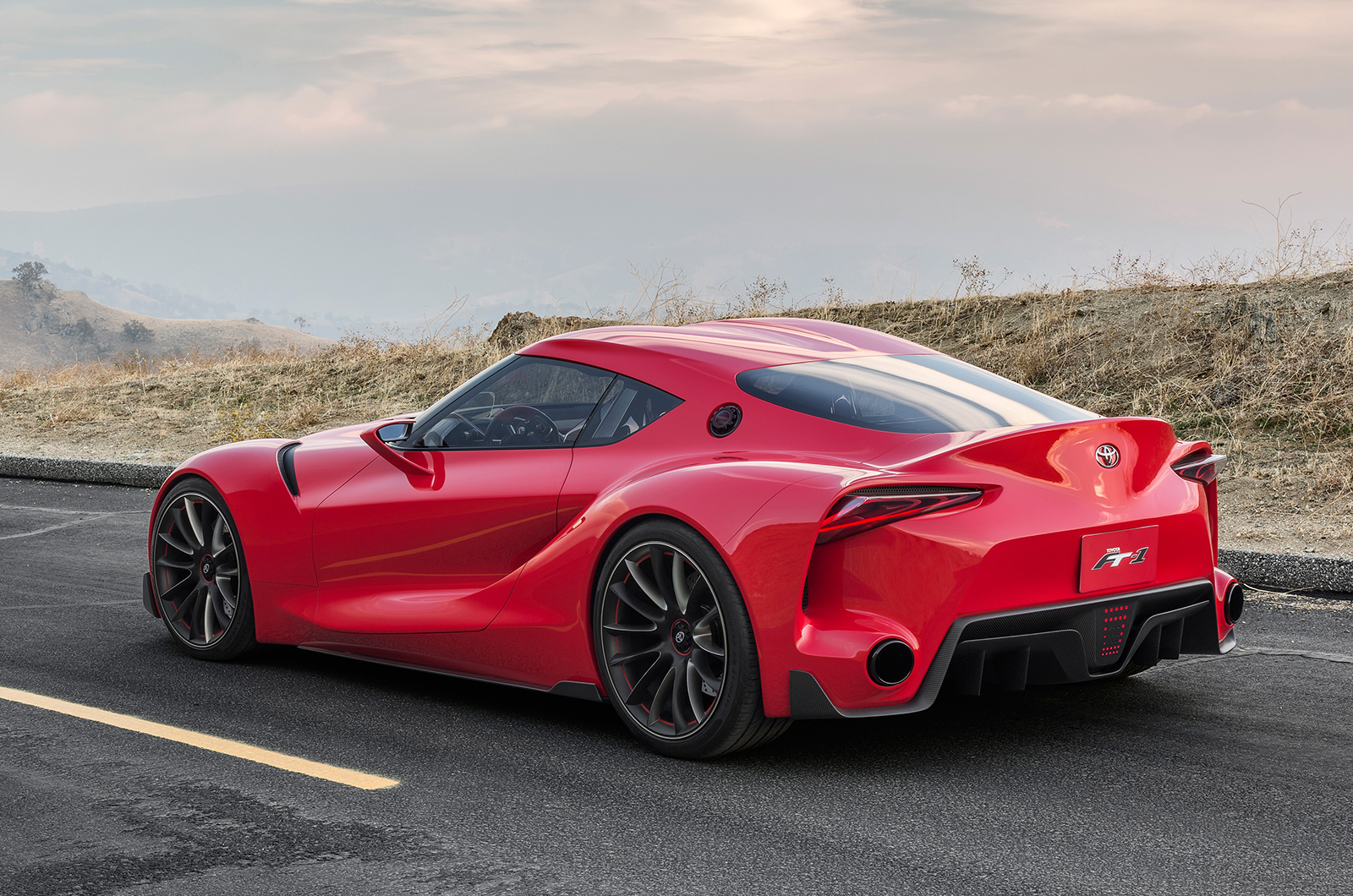 The two models are due to feature a hybrid four-wheel-drive set-up incorporating a BMW petrol engine and electric motors whose energy is stored in supercapacitors.

BMW is understood to be bringing its expertise in construction to the project, with the new sports car likely to follow the existing i3, i8 and 7 Series, by making use of carbonfibre in its architecture.

Despite the technical similarities of the two models, Ian Robertson, BMW’s board member with responsibility for sales and marketing, has previously stated that BMW and Toyota have come up with a proposal that can satisfy different areas of the sports car market.

“The one thing we’re clear on now is that a platform for both companies can work,” he said. “The cars in themselves don’t actually need to be positioned the same. The platform can spawn two positionings.

“The concept works, the platform can deliver and now we have two proud sets of engineers - one group German, one group Japanese - who are each fighting and arguing for the car they want.”

When asked if the platform was scalable, to allow for the sort of difference in wheelbase that there could be between a Supra and a Z5 (pictured above), Robertson said: “Gone are the days when one platform was one platform. Most of our platforms are scalable these days.”

Robertson also said that no decision on production had been taken, but he suggested that a single factory would be used for both cars. “One part of the next phase will be deciding who builds the car - which company and in which country. We need to find out where the markets are and whether the biggest markets are the same for both companies.” It’s thought that a plant in the United States or Europe is more likely to be used than a facility in Japan.

Toyota’s luxury brand, Lexus, does not currently have access to the joint sports car program, but senior company officials have refused to rule out the idea in the longer term. “Toyota is next door,” said Lexus’s European boss, Alain Uyttenhoven. “We are one company and our head is Akio Toyoda, and we could do it. Right now, we are not going to have a common platform between BMW and Lexus. Purely speaking, though, we have access to everything which is Toyota.”

YES Bring back both the Supra and the Celica.
I've long owned both car models and still do own 2 celicas and a Supra.
This Scion TC's seat sits to high and is too short. Wile it conners good I would not dare do a cloverleaf at 70 MPH like I would in the supar with Tems.

This Scion TC scares me it might be a sports car to the younger crowd, but seriously? Its far from it in my book.

A joint venture With BMW and Toyota is/was a brilliant Idea on Toyota side and I think it was even good for BMW to bring in some imput from Japan.
Both car brands are at the top of the chain in quality cars.

My question is when doing Hybred why d they use the gas motor to move the car? Why not just 100% electric, the gas motor only charges the batteries and never reve's up. Like Train's do. You can still use recovered energy from slowing down to charge batteries, and solar energy, and or wind energy when coasting down big hills and Mountains this would help keep the car doing the speed limit and in control. I think a system that would not lend to a drag on coeffency could be developed for doing this too.

Lets Price this car so the Average person can walk in and buy it without bleeding 2 arms and giving away a leg. 35k to 40k US is about right for a car like this but I personally don't know where Toyota or BMW intend to head with price tags on these cars. This is a major reason the Original supra last generation didn't make it, the price for one was in the 50 to 60K range
While I would have loved to have one There was no way I could buy one on the money I made at the time. I Own a second Generation Supra now. Its due for replacement.

Honestly: we're probably looking at a 150K to 200k dollar car only the top 2% can buy.
But you could do a Celica with the same body lines for less than that.

Toyota FT-1 looks like a 2016 Sagaris, which means absolutely perfect styling in my opinion! How is it possible that the same company making the new prius and the mirai comes up with this???

Still, BMW model will outsell it, regardless of its own styling. People are buying anything from BMW, as shown by the 2 Series 7-seater and the X4 which could be new versions of the Ssangyong Rodius/Turismo and Actyon.

The only BMW exterior design

The only BMW exterior design shown in the pictures above is the one that is camouflaged,looking very simliar to existing Z cars. The Silver and the red cars shown are the Toyota images of the Toyota FT-1 concept car which will spawn the new Supra.
View all comments (14)