BACK TO ALL NEWS
Currently reading: New 2022 BMW M3 Touring confirmed for Goodwood reveal
UP NEXT
Red Bull RB17 is radical 1250bhp hybrid hypercar for 2025

BMW will unveil the first M3 estate in the performance car's history at the Goodwood Festival of Speed later this month, it has confirmed.

The announcement comes nearly two years since BMW revealed it had given the green light to a Mercedes-AMG C63 estate rival, based on the G80-generation BMW M3 which launched in 2020. This is the second high-profile Goodwood unveiling in as many years for the German firm, following the debut of the new BMW 2 Series at last year's event.

The BMW M3 Touring shares many styling features with the M3 saloon, but the 3 Series Touring-style body is a notable difference. The sharp rear bumper is carried over from the M3 saloon, along with the four exhaust pipes that bookend a large diffuser. A 3D-printed lip spoiler can be seen above the rear windscreen, with roof rails extending towards the front.

Like the rear, the front end is carried over largely wholesale from the regular M3, featuring a double kidney grille, bonnet bulges and large intakes towards the edges.

The car is one of a number of imminent M models in the works as the performance sub-brand celebrates its 50th anniversary, with a new M2 Competition coupé, the lightweight M4 CSL coupé and the 740bhp XM SUV also on the way to dealerships before the year is out. 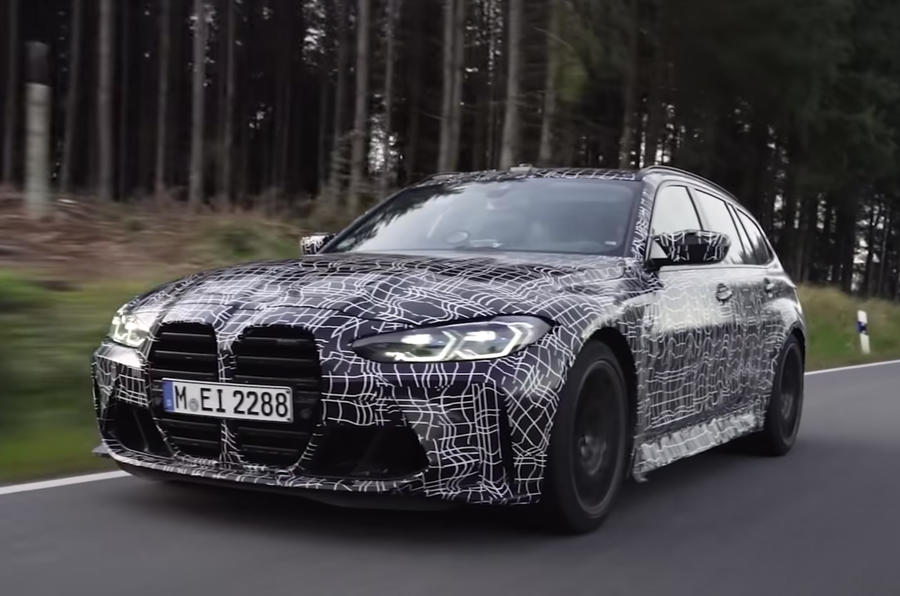 The M3 Touring bears a strong resemblance to the 3 Series Touring, although it can be differentiated by flared arches, large air intakes and a sports exhaust system. It will give BMW a direct rival to the long-established Audi RS4 Avant for the first time.

BMW has yet to reveal technical details of the M3 estate, but has confirmed it will use its turbocharged six-cylinder petrol M engine. The M3 Touring is expected to share its mechanicals and powertrain with the M3 saloon and M4, in which the S58 twin-turbocharged 3.0-litre in-line engine delivers 473bhp and 443lb ft in standard form.

The UK currently only receives the 503bhp and 479lb ft Competition variants of each car, so it’s likely that the same will be true for the M3 Touring. The Competition badge is just about visible in the latest preview image issued by the brand (below). 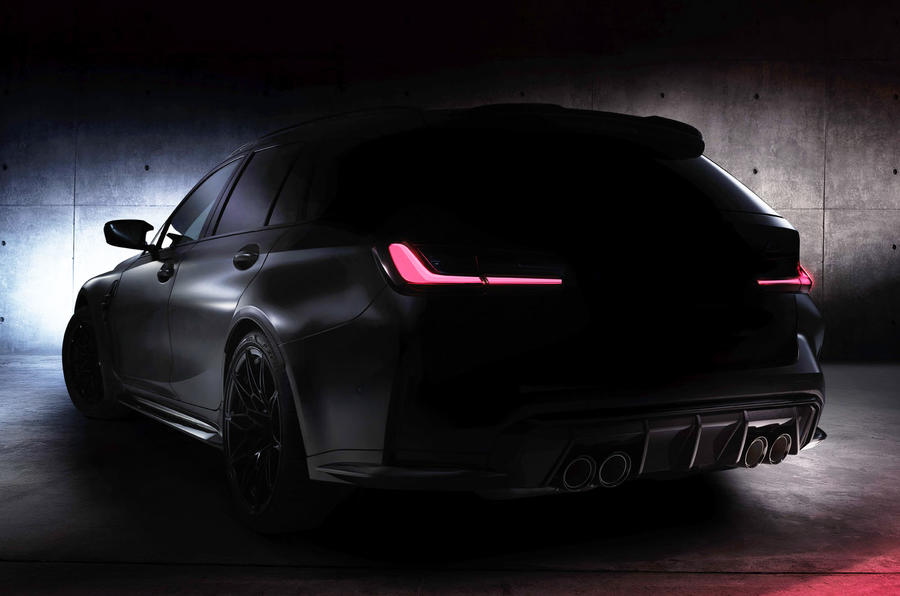 According to BMW, the estate will offer the full space and capacity of the regular 3 Series Touring. The brand previously said that the car will fulfil “the hopes of all those who wish to take the M-specific interplay of racing-orientated performance and everyday suitability to the extreme”.

Although BMW has never previously offered an M3 Touring in the 34-year history of the M3, it did produce a feasibility study prototype based on the third-generation model in 2000.

The Central Sculpture outside Goodwood House will this year pay tribute to BMW M, with a striking sculpture housing some of the division's most successful race cars: the 3.0 CSL, M1 Procar, WTCC E30 3 Series and Le Mans-winning 1999 V12 LMR.

Also on display on the BMW stand will be the new track-focused BMW M4 CSL, the 611bhp BMW iX M60 electric SUV, the radical Concept XM SUV and a raft of other 'iconic' M models new and old. BMW will also showcase both combustion and electric variants of the new 7 Series limousine and X1 crossover.

Log in or register to post comments
Anton motorhead 7 June 2022
With all respect - give me an Alpina B3 instead. It's just as fast, more discreet, more comfortable (probably) and more special. Love it.
Peter Cavellini 7 June 2022

All my driving life I wanted to own an BMW M' car, and when I finally did, it gave me a big grin every time I took it out for a run, and every since then (15 yrs ago) I've driven BMW's, would I own want to own an M' car again?, yes, just not got the finances and time to do it.

Will be interesting to see how this handles, because the current Touring is not as precise handling as the saloon. I can't see how M division are going to counter that just by making it stiffer, which they undoubtedly will.

Still, a good way to make the dogs and children sick I would have thought.