BMW is stepping up testing of the upcoming 2 Series Coupé ahead of its market reintroduction early next year, with new spy images giving us a clearer look yet at the firm's smallest two-door model.

Lighter camouflage means we get a better look at the new two-door, four-seat coupé. Visible links to the shape of the latest 4 Series are apparent, in particular the long bonnet and wide rear stance, although at the front BMW appears to have grafted the face from the 2 Series Gran Coupé onto it, rather than borrow the controversial upright grille from the 4 Series.

Due to be produced at the firm’s San Luis Potosí plant in Mexico, the 2 Series Coupé is known internally under the codename G42 and is scheduled for an unveiling towards the end of 2021. 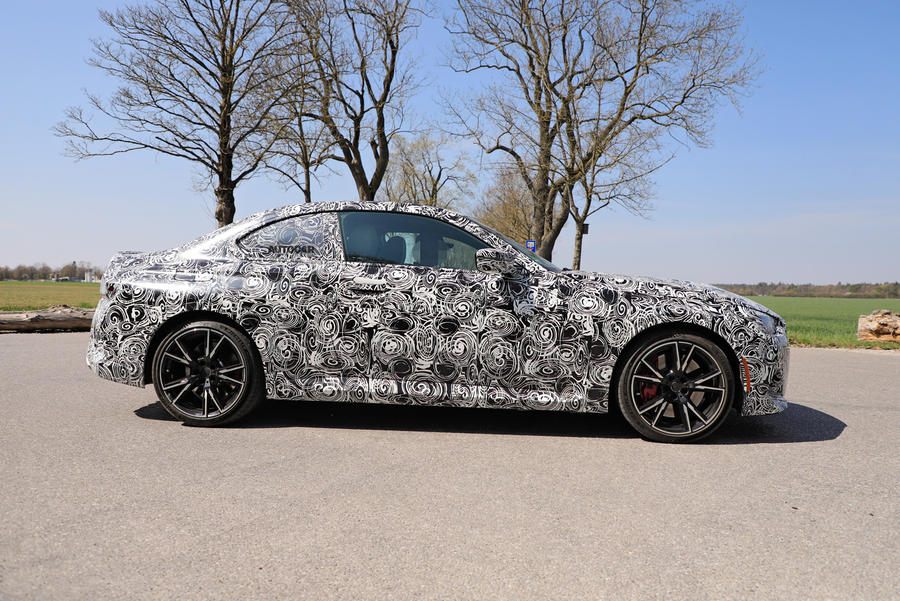 Unlike the four-cylinder M135i and M235i Gran Coupé, Autocar understands that the full-fat M2, expected in 2022, will keep a six-cylinder powertrain. Specifically, it will use a detuned version of the S58 3.0-litre unit found in the latest M3 and M4.

Your buying the car, you have your choice of what you buy, your into BMW's, you have your budget, the choice of which model, what extras you want on and in it, this new car, albeit on camouflage doesn't look that bad, it's neat looking in fact, I've seen the new interior, it's solid built, trad BMW , they've only tried to update it, make it more current, if you don't like the seats for instance, then you must've taken the car and thought, I'll get used to them, and judging by the amount of BMW's I see on the roads just now, the two series is quite popular.

I'm not sure 'grafting on the nose of the 2series gran coupe' is any better than that of the 4series. Lets hope this looks far better than both