BACK TO ALL NEWS
Currently reading: New 2019 BMW 1 Series: latest spyshots and full range breakdown
UP NEXT
Why last-mile delivery EVs are big business for car and retail firms

New Mercedes A-Class and Audi A3 rival moves to front-wheel drive for the first time, while 2 Series range is shaping up
Open gallery
Close

BMW is radically re-engineering its 1 Series range as the hatchback moves into its third generation later this year, and fresh spyshots detail it with little disguise.

The new images reveal the front-end design, most notably the trademark kidney grille, will adopt a very similar shape to the recently-launched 3 Series saloon.

Forecast to make its public premiere at the Frankfurt motor show this year before going on sale soon after, a comprehensive under-the-skin revamp will see the Mk3 1 Series forgo traditional rear-wheel drive for a space-saving front-wheel-drive layout, adopting the German car maker’s new FAAR platform.

The versatile high-strength steel structure is already used by the latest BMW X1 and its mechanically identical sibling, the second-generation Mini Countryman.

The switch to front-wheel drive for the entry-level BMW comes 15 years after the original rear-wheel-drive 1 Series was launched in 2004. 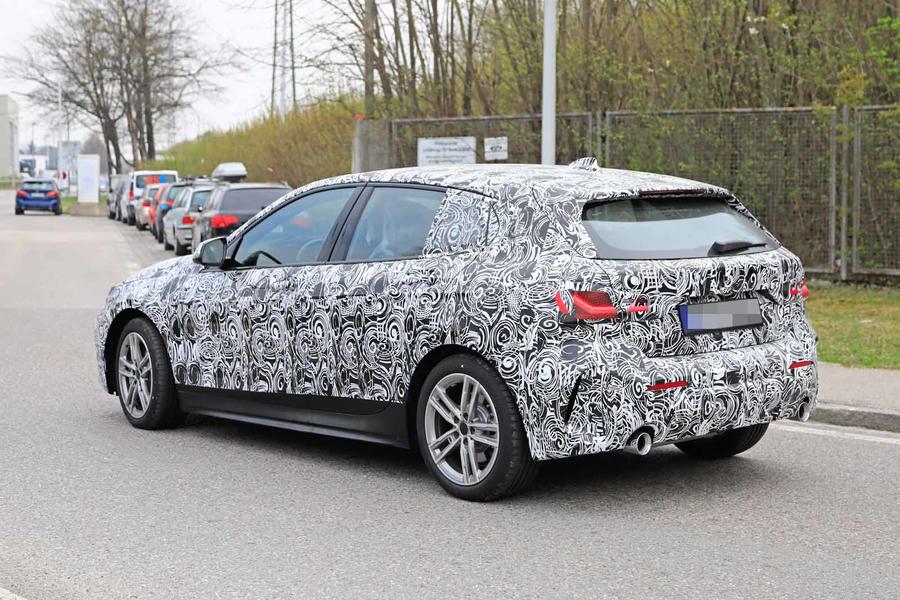 BMW’s internal studies have revealed that existing 1 Series customers are more concerned with factors such as interior versatility and accommodation than outright driving dynamics, which is behind the decision to follow the example of key premium-brand rivals such as the Audi A3 and Mercedes A-Class.

However, other factors are in play, too. Industry analysts suggest the new layout, which sites the engine of the new 1 Series transversely rather than longitudinally, is set to save BMW up to €660 per car in comparison to the rear-wheel-drive underpinnings of today’s model. That’s thanks to a simpler rear axle assembly and lack of a rear propshaft.

At the same time, it will draw on greater economies of scale through the sharing of components across a greater number of models, including the complete Mini line-up.

With global 1 Series sales totalling 201,968 in 2017, this points to potential savings of more than €1.3 billion per year – money that high-ranking Munich sources have told Autocar is earmarked for the development of further electric models and autonomous driving technology.

As fundamental as the switch to front-wheel drive is, though, it is not the first time BMW has committed a 1 Series model to such a set-up. The front-wheel-drive 1 Series saloon has been sold only in China since 2016.

The FAAR platform is a further-developed version of the UKL underpinnings shared across all Minis and BMW’s 2 Series MPVs. In addition to supporting petrol and diesel engines and a new petrol-electric plug-in hybrid drivetrain, it has also been engineered to accommodate electric drive. It could, therefore, follow the latest X3 and upcoming 4 Series in siring a pure electric model, possibly as an indirect replacement for today’s BMW i3. 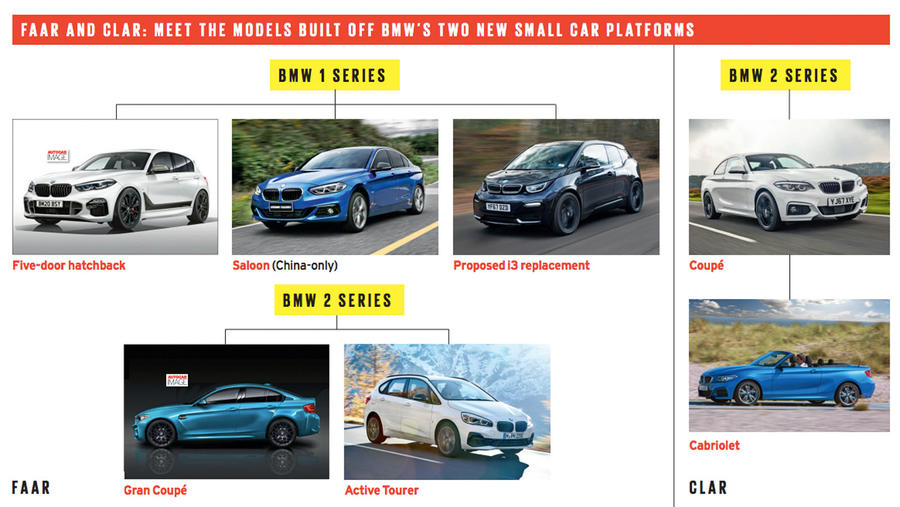 Still, BMW is not abandoning 1 Series enthusiasts. A sporting M130iX model will crown the new line-up, bringing with it a 302bhp version of BMW’s turbocharged 2.0-litre four-cylinder engine, standard four-wheel drive and a unique suspension set-up.

Sources at the firm claim that this will be the most powerful 1 Series offered at launch, despite it being 33bhp less powerful than the current car’s range-topper, the M140i. That nomenclature is reserved for six-cylinder models so, instead, the higher-performance focus will be on the rear-driven 2 Series.

BMW dealer sources have revealed to Autocar that the new 1 Series will be sold with the choice of up to five petrol and three diesel engines as well as a new petrol-electric plug-in hybrid drivetrain. Four-wheel drive can also be ordered on more powerful engine variants. 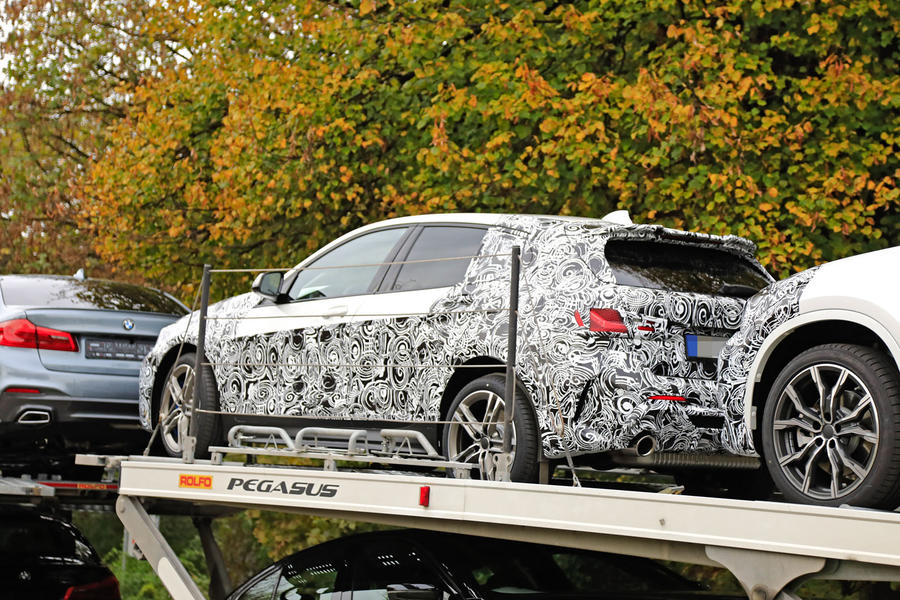 The new 1 Series will also line up with rivals by only being sold in five-door form. The changes to the new 1 Series are clearly apparent in its altered proportions, which are now more in keeping with its key hatchback rivals than at any time since its introduction.

Prototype images reveal the adoption of a transverse engine layout and front-wheel drive has enabled designers to provide it with a much shorter bonnet, with the A-pillars and front bulkhead repositioned further forward. In combination with a longer wheelbase and increased track widths, this change in packaging is claimed to provide the new hatch with a longer interior, larger door apertures and greater accommodation.

The switch to the front-wheel-drive FAAR platform and a decision to do away with the three-door hatchback are expected to allow BMW to pitch the new model at prices little changed from those of the outgoing rear-drive model, with the base 118i likely to cost close to £23,000 in the UK. 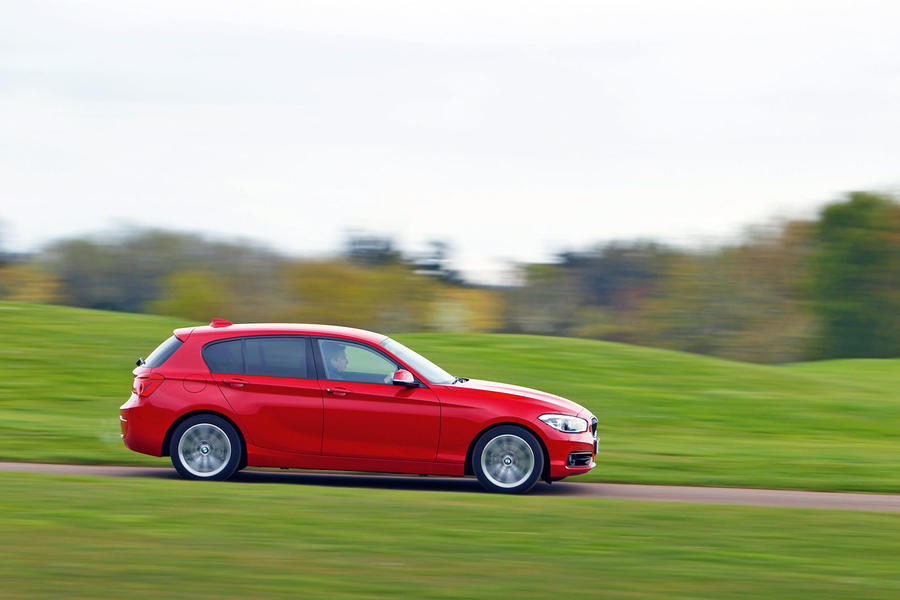 Rumours out of Munich suggest the existing 2 Series Gran Tourer will not be replaced, though this has yet to be officially confirmed.

In a bid to satisfy the enthusiast crowd, BMW plans to retain rear-wheel drive for the 2 Series coupé and cabriolet, which are set to use a short-wheelbase version of the CLAR platform developed for the fourth-generation BMW Z4.

Although not planned to be made available until 2020, details of BMW’s new petrol-electric plug-in hybrid drivetrain have been leaked following a recent presentation to dealers. Set to be offered in a new 125xe-badged model, it comes with a 1.5-litre three-cylinder petrol engine with 138bhp and 162lb ft and an 87bhp electric motor. The combined output is a claimed 225bhp, while an 11.6kWh battery is said to provide an electric range of up to 50 miles.

"However, other factors are in play, too. Industry analysts suggest the new layout, which sites the engine of the new 1 Series transversely rather than longitudinally, is set to save BMW up to €660 per car in comparison to the rear-wheel-drive underpinnings of today’s model. That’s thanks to a simpler rear axle assembly and lack of a rear propshaft"....hahahaha, a ridiculous "argument" that can only lead to the conclusion that this is not a premium car....it has the badge from a manufacturer that made it's reputation building "premium" RWD saloons.,.the irony of this situation is epic/tragic.

...and diff will get in the way of the batteries in a car this size . I won't be spending premium/extra on a FWD/transverse 4 cylinder car and I don't care who makes it. it will be the same as every other FWD mainstream hatchback so buy a focus/golf/whatever and save yourself the badge nonsense.

Actually this 'premium' (priced) model will start off with a FWD/transerse & (crappy) 3 cylinder config.

BMW, focus on getting your

BMW, focus on getting your original cars sold, brexit is going to cause problems in the car market, your putting on modifications that are only degrading former traditions. things like frameless doors are just out of fashion.