BACK TO ALL NEWS
Currently reading: Kia Proceed: rear styling revealed ahead of September debut
UP NEXT
Rodin FZero: V10 weapon aims to be world's fastest car

Third variant of Kia’s new Ceed range will be headed by GT variant; the car's rear has been shown ahead of its full unveiling
Open gallery
Close

Kia will introduce its sportiest-looking Ceed variant to the range on 13 September when the new Proceed is revealed, with its official debut taking place at the Paris motor show next month.

The car's rear end has been revealed in a preview shot released by the company, showing its rakish, shooting brake shape with Proceed name spread across the tailgate. It also joins a growing number of cars sporting a light bar at the rear.

It's due on sale in Europe at the end of this year, the five-door Proceed features a swept-back roofline that takes clear inspiration from the striking 2017 concept. The front end, spotted by spy photographers on public roads and at the Nürburgring, looks largely identical to the existing hatch and Sportswagon models, but the Proceed is likely to wear sportier bumpers to match the set of 18in wheels that are fitted to the test car.

Kia engineers have already tuned the new Ceed models to offer more engaging handling than the previous generation. The Proceed will make use of the same MacPherson struts at the front and independent multi-link rear suspension set-up as its siblings, which have been tuned at the Nürburgring and also on British roads. 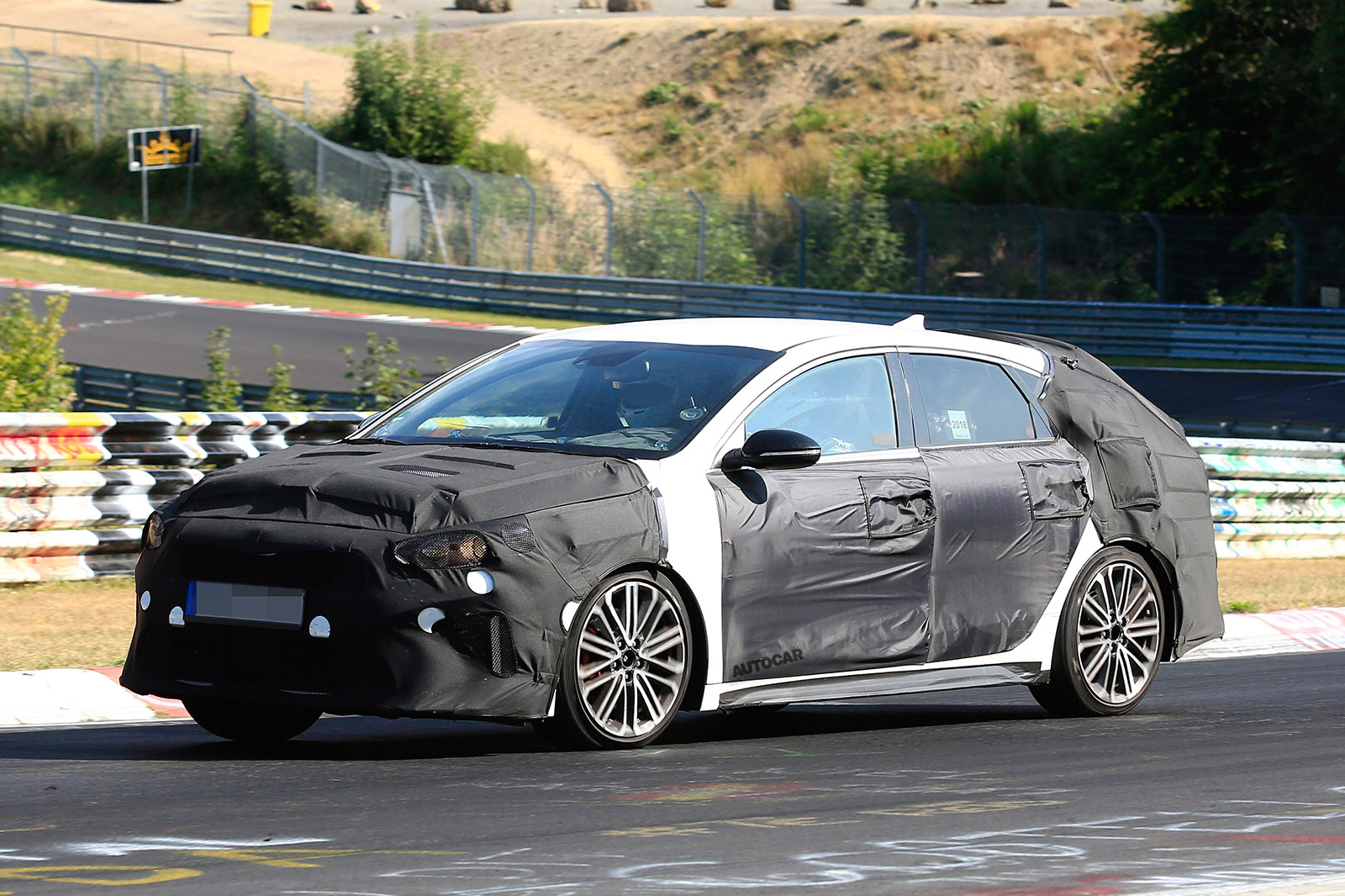 Power will come from the same petrol and diesel engines as those in the hatch and are shared with the model's twin from sister brand Hyundai, the i30. The smallest petrol is a 1.0-litre T-GDi unit that produces 118bhp, while a 1.4-litre T-GDi engine comes in 99bhp and 138bhp forms. The sole diesel, a 1.6-litre CRDi, is offered in 113bhp and 134bhp guises. Drive is sent to the front wheels via a six-speed manual gearbox as standard, with a seven-speed dual-clutch 'box available as an option on the 1.4 petrol and the diesel.

Next year, the Ceed range will gain a 48V mild hybrid powertrain, while a plug-in hybrid version is also under consideration.

The Proceed will eventually be sold with a top-of-the-range GT variant. It’ll use the same running gear as the GT hatch, which itself will share components with its group sibling, the Hyundai i30 N. However, the Kia cars are due with less power than the 247bhp Hyundai model, suggesting they could either use a detuned version of that car’s 2.0-litre four-pot or even feature a performance-oriented version of the Ceed's upcoming mild hybrid powertrain. As such, output is likely to remain close to 200bhp. 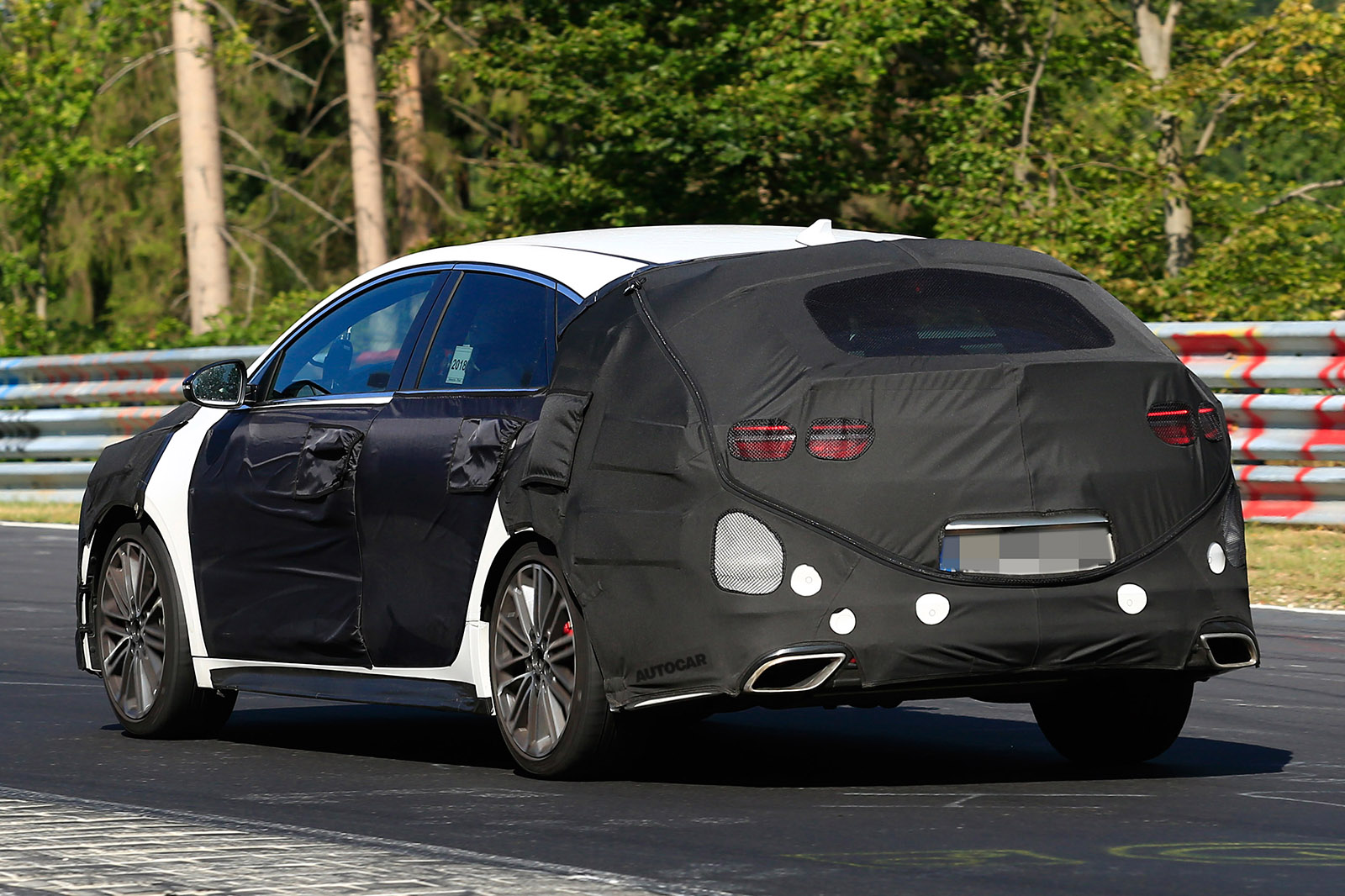 Inside, the latest Ceed models get an infotainment display of 5.0in or 7.0in in size, depending on the specification, or an 8.0in touchscreen with Apple CarPlay and Android Auto in top models. The Proceed is expected to stick to the same formula as its siblings, with the GT gaining sports seats and a sports steering wheel.

While the Proceed name has not yet been confirmed, Autocar understands that the positive reaction to the concept that bore the same name is encouraging its use instead of 'Fastback', which is what the smaller i30 model of a similar shape is called.

Following the Proceed’s arrival, a crossover version of the Ceed is due to complete the four-model line-up. That car will be a rival to the upcoming Ford Focus Active and is described by company insiders as being a “dynamic” offering engineered to be fun to drive like its range mates, despite an elevated ride. Since this will also be a five-door car, it means the new Ceed range will be without a three-door option for the first time — a move that reflects market demand, according to a spokesman.

This actually looks quite good, nice size not to long or short, fancy it might be for the Home market though....?