BACK TO ALL NEWS
Currently reading: Kia Ceed Sportswagon launched with 5 Series-beating boot
UP NEXT
Rodin FZero: V10 weapon aims to be world's fastest car

Kia has revealed the new Ceed Sportswagon, which has boot space of 600 litres with the rear seats in place – greater than the Ford Mondeo and BMW 5 Series Touring, and only 50 litres down on the Volkswagen Passat estate.

The new Kia shares all but the rear of the Ceed hatchback, which is extended by 115mm in its rear overhang over the last Ceed Sportswagon, giving another 72 litres over the outgoing car, and an extra 205 litres over the Ceed hatch. Compared with its predecessor, it’s 95mm longer at 4600mm, 20mm wider at 1800mm and 20mm lower at 1465mm.

It’ll be the more spacious of the two estates offered in the new Kia Ceed family – a shooting brake will arrive later with reduced boot space in exchange for sleeker styling, and an SUV will come in 2019. Unlike other C-segment estates, which usually take around 30% of their host model’s sales, the Ceed Sportswagon represents 40% of Ceed registrations, although this could fall slightly when the full Ceed family is in place.

For the Sportswagon, Kia has made a number of practicality-boosting tweaks, such as a lower load lip, the option of an automatic tailgate that raises when it detects the key near the boot of the car, an optional safety net, luggage rails and a net for smaller objects. The rear seats fold in 40:20:40 configuration, and can be folded by a lever inside the boot. There’s a storage area under the boot floor for smaller items. 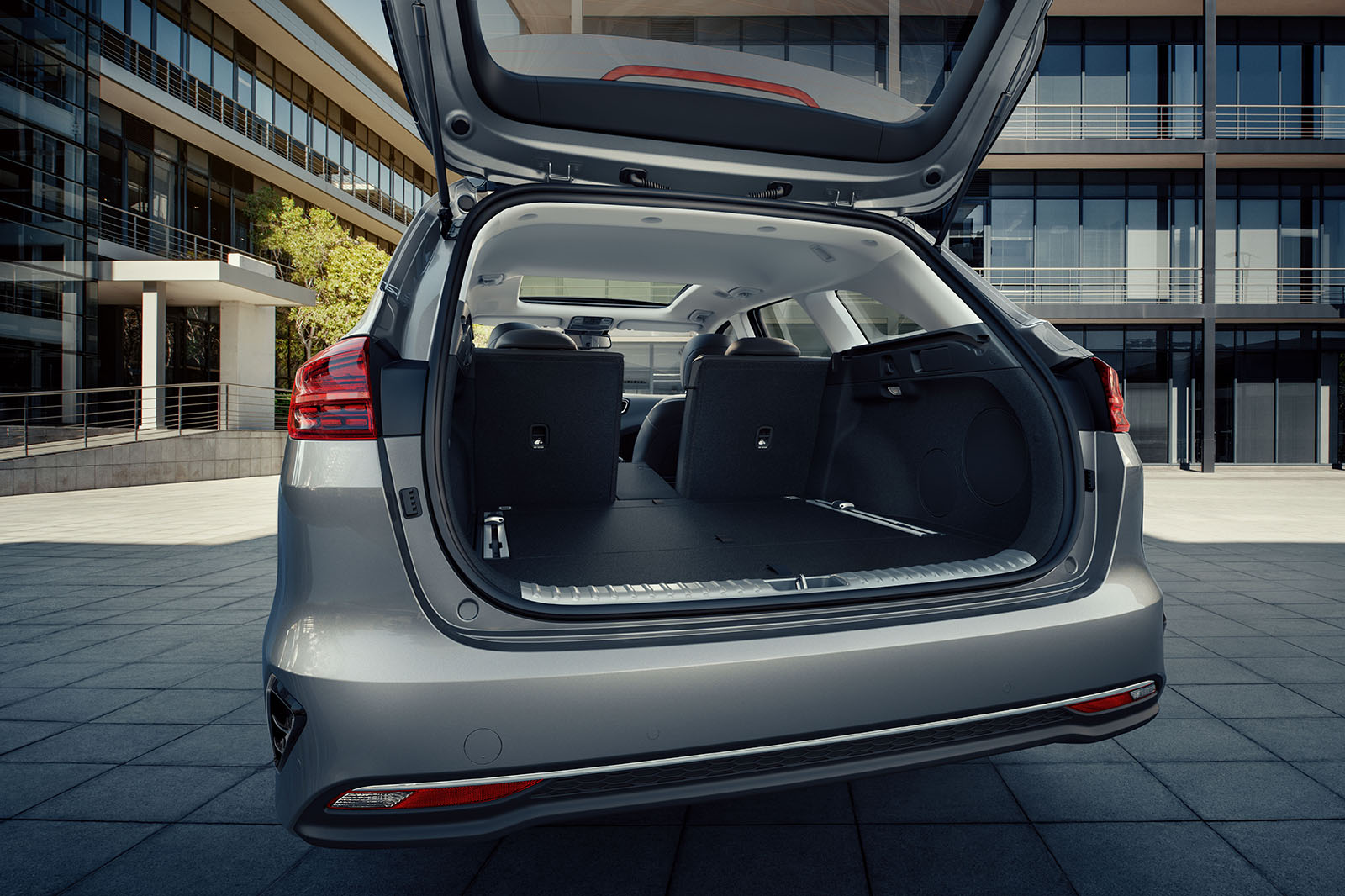 A Lane Following Assist Level 2 autonomous system is also available – a first for a Kia in Europe. The system, like the Volkswagen Group’s Traffic Jam Assist, controls the steering, brakes and acceleration of the car up to certain speeds, although the driver must keep their hands on the wheel at all times. Other driver assistance systems on the car include lane-keeping assist, automatic high beams and automatic emergency braking with pedestrian detection as standard.

A price increase of around 5% is expected over the current model, meaning the new Ceed Sportswagon should start from about £19,500. Production begins in August, and the first right-hand drive examples (the car is exclusively sold in Europe) will arrive in the UK before year’s end. About 512,000 Ceed Sportwagons have so far been produced out of a total of 1.28 million Ceeds since the model was introduced 11 years ago.

UK prices and specs are unconfirmed, but options will include a premium sound system, wireless smartphone charging and an Eco Pack, running parallel to the hatchback.

..but this seems like a bit of a step back from the current generation car which is one of the best looking estates on the market. If it had a decent petrol engine I might have bought one. Also, why does this need to be bigger than the current car, Kia have the Optima estate so surely the two will be competing with each other. The shooting brake sounds interesting though.