Ferrari has revealed the F8 Spider as the drop-top version of its new V8-powered Tributo supercar.

Described as “less extreme than the 488 Pista Spider but sportier than the 488 Spider” which it replaces, the F8 Spider gets the same 710bhp version of Ferrari’s 3.9-litre V8 engine as the F8 Tributo, meaning the same power output as the limited-run 488 Pista and the car’s biggest rival, the McLaren 720S Spider. 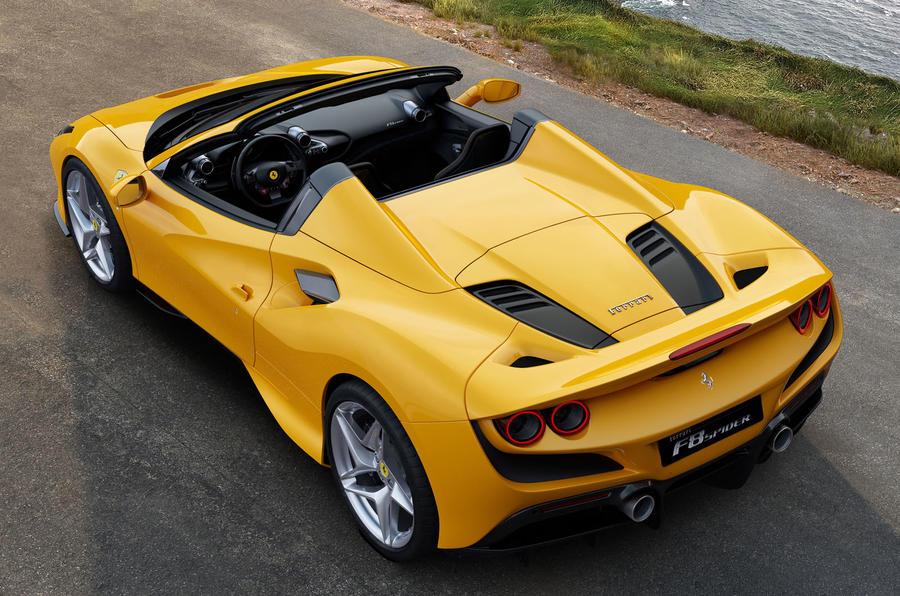 To help achieve the power upgrade over the 488 Spider, the new intake line is derived from the 488 Challenger track car. The air intakes have moved from the flanks to the rear on either side of the blown spoiler, which ensures greater air flow to the engine, says Ferrari.

The F8 Spider retains the retractable hard top synonymous with Ferrari Spiders. The design compared to the F8 Tributo shifts the line between the body and roof from its conventional position at the beltline to above the B-pillar.

The roof top is more compact than the 488 Spider and so can be divided into two parts and stowed on top of the engine. The top takes 14 seconds to deploy at speeds up to 28mph.

Ferrari said that the F8 Spider’s performance is now accessible to more drivers “thanks to vehicle dynamics systems that make driving on the limit easier”. The car will go on sale in Italy costing around 262,000 euros (£234,000), a rise from £203,476 for the F8 Tributo. It will go on sale later this year, with first deliveries in summer 2020.

Ferrari: “We want to be a lot less predictable”​

Yeah it does look nice in this color...

Yeah it does look nice in this color...