BACK TO ALL NEWS
Currently reading: Bugatti plots 'everyday' second model
UP NEXT
Lamborghini confirms LMDh entry for 2024

A future electric Bugatti model would move away from the maker’s core business of hypercars and instead offer a more practical vehicle, but still with the performance and ultra-exclusivity for which the brand is famous.

“If we speak about a second model as Bugatti,” said Bugatti CEO Stephan Winkelmann, “I am convinced we don’t have to do a car which is only for weekends. This is a car to be used on a daily basis. It has to have a different shape [to the Record 304mph Chiron] and have a different mission.

He continued: “If we do something outside of the hyper sports car business, there will be a car that is not in the direction of the W16. In my opinion, electrification would be the right approach.”

A second Bugatti model has long been in contention, and is likely to be either an SUV or a four-door GT, but Winkelmann has repeatedly stated that no decision has yet been made by the Volkswagen Group board. “For Bugatti, it is a good opportunity and could be a winner. But I also see that a big group like VW Group has a lot of priorities. It is in the midst of an electrification revolution and it must decide where to spend its money.

“A second model would mean doubling the size of the company or more. It’s clear we need 100% commitment from everybody - it’s not enough that I’m convinced!” 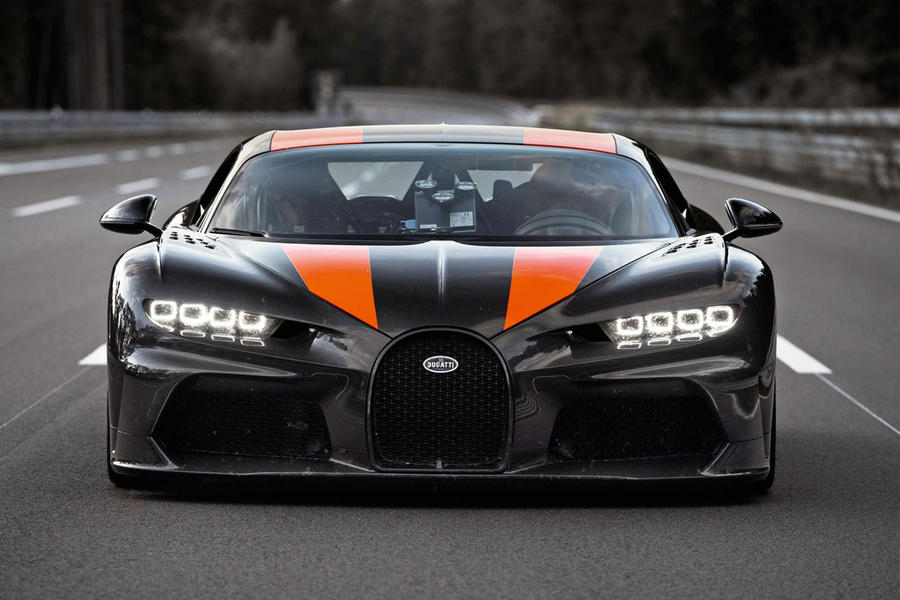 While group-wide sharing of platforms is commonplace - for example, Audi and Porsche are sharing EV platforms - Bugatti would create its own. WInkelmann commented on the possibility of platform sharing: “This is not the case for a car with the performance of a Bugatti.”

He added that repeatable acceleration and top speed would be far more important than range for a Bugatti EV. “I’d rather have some reserve performance than keep range on a high level,” he said.

Charging is another major barrier, Winkelmann said, adding that EV charging times would need to be equivalent to filling up a combustion car. He said: “We would sell [electric] cars where the infrastructure is best - the east and west coast of the US, the UK, Asia and so on. “On top of that, our customers have more than one car - to say the least - so they are not depending on one particular car.”

Adding a higher-volume model than the Chiron would not affect Bugatti’s exclusivity and - crucially - resale values, believes Winkelmann. “If we’re talking about a car that would be in the low thousands, we’re talking 300 cars in America, 300 cars in Europe, 300 cars in Asia and so on. At the end of the day, there would be close to zero visibility [of these cars] so there would be no impact [on exclusivity]. It’s not going to be a car that is perceived as a commodity or something that is not exclusive enough.” Winkelmann does not believe in hybrid technology for Bugatti models, only wishing to use either internal combustion engines or fully electric powertrains. “It is my belief - you will never have cutting-edge technology [with hybrid]. Today, with the mindset, it’s clear that infrastructure, range and trust in electrification is not where it could or should be, but in five years, when an EV could hypothetically come out…”

He added that there is a new generation of customers coming into the business, which are “expecting things that, today, we are not even talking about as a given”.

Winkelmann also referenced the previous work of founder Ettore Bugatti. “We have to look back in history because when Ettore Bugatti did the car, he did every possible bodystyle, engine, price segment. He did a lot more than what you see today and I think roots are important.

“At the beginning of this century, it was a long time that nothing had happened at Bugatti. It was good to position the brand with the hypercar but if you look at the history of Ettore, he really did a lot. We are at the very beginning but being small, we do things step by step and we always we have to prove that what we are doing is the right thing.”

...if they were to build an EV, but he suggests that the Chiron and its derivatives are weekend vehicles. Yet if they built a powerful daily driver, that only had limited range, what would be the point of calling it a daily driver? I get it, the Chiron is a vehicle your meant to have fun in, so mpg are not a big issue. Big if I'm a captain of industry and can afford a Chiron as a weekend car, I would take issue if someone in my employment drove a Tesla that had 200 miles of driving range more then my Bugatti EV that I drove to work, or my wife drove as a daily driver! For the amount of money they charge for their vehicles, I do not see why they can't have power and range?! In another recent Autocar article about Lucid Motors, they said the automaker was go In to have a sedan with 400 miles of EV range and a top speed of 235 mph. A Bugatti EV with that kind of range and a top speed of about 200 mph, along with the aesthetics, attention to detail and service that Bugatti can provide for about a million dollars would suffice!

Has anyone in Bugatti even looked at the Porsche website?  Hey Bugatti - your German cousins have the awesome Taycan.  Stick a new body on that and some fancy materials.  Charge $500K.  Job done.

Because so many people want

Because so many people want fast electric cars.
Sonic 22 January 2020

Because so many people want fast electric cars.

There's more than enough demand for fast EV's to justify a move like this.

Because so many people want fast electric cars.

if u want a fast electric car, head over to Tesla or check out the Porsche Taycan....they r already around