BACK TO ALL NEWS
Currently reading: Bugatti La Voiture Noire revealed as most expensive new car of all time
UP NEXT
Hope for Bloodhound LSR project as sponsor talks start again

La Voiture Noire, priced at €11 million (around £9.45m) before taxes, has already been sold. If sold in the UK, the price would be some £11.3m including VAT.

La Voiture Noire, which arrives in Bugatti's 110th anniversary year, features aggressive styling up front with a more pronounced grille than either the Veyron or How to build a Chiron, while the headlights recede back above the wheel arches rather than being placed horizontally above the bumper, which now juts out sharply.

While the styling isn’t entirely reminiscent of the smooth coupé contours and elongated bonnet of the original Atlantic, the most definitive stylistic aspect has been retained: the dorsal seam running up along the bonnet, between the windows and over the roof of the body (although the rivets have been left out). 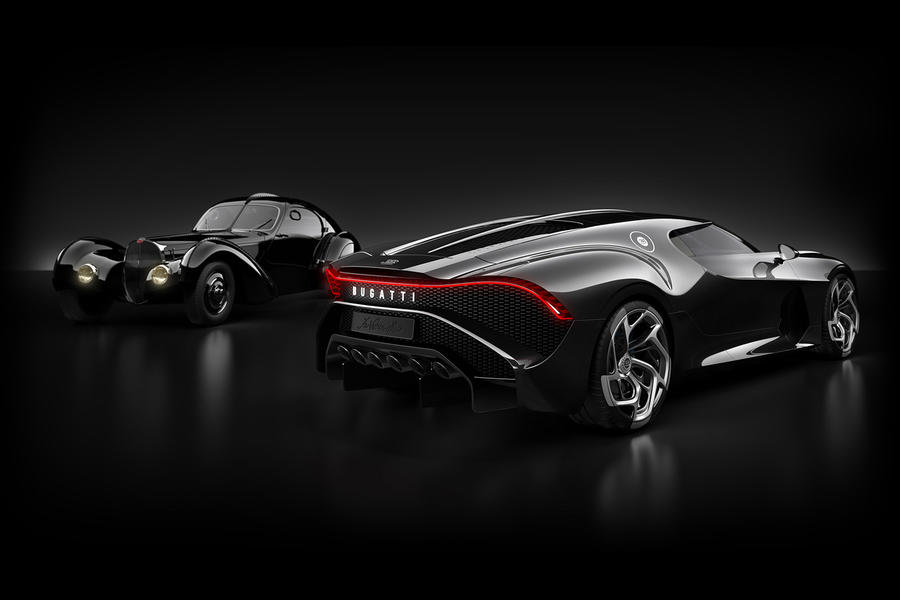 At the rear, a continuous rear light runs along a grille-like back end, McLaren P1 style, with the company name illuminated in white below. All this sits above a bespoke exhaust set-up comprising six separate pipes running away from the car's 1479bhp 8.0-litre 16-cylinder engine. From the specs, it is likely to be the same engine used in the Chiron.

The car is based on the Chiron but the wheelbase has been lengthened slightly. Bugatti is understood to have made money on the project.

Bugatti has not named the buyer of the car, saying only that they are a ‘Bugatti enthusiast’. Stephan Winkelmann, Bugatti boss, said that Bugatti approached the customer directly about buying the car. The average Bugatti owner has around 30 cars, Winkelmann added, and the firm had a list of customers who may well be interested in products like this.

“The true form of luxury is individuality,” said Winkelmann. “La Voiture Noire is now at the cutting edge of automobile production. It is a sculptural beauty with unique technology, the ideal grand tourer.”

“With La Voiture Noire, we are paying homage to our heritage and bringing speed, technology, luxury and aesthetics forward to a new era,” Winkelmann continued. “With our automotive haute couture, we have shown what Bugatti is capable of.”

if you really must spend a lot of money on something utterly hideous, why not buy a McLaren Senna instead.  Then you will have enough money leftover to buy quite a nice house, possibly with a garage to keep it in.

I’m trying to think of something positive to say about this monstrosity.......ooh, I’ve got it - it’s better looking than the Chiron.  That’s all I’ve got.  Sorry.

Ferdinand Piëch is supposed to have bought it........