BACK TO ALL NEWS
Currently reading: Britain's Best Affordable Drivers Car 2021: And the winner is...
UP NEXT
GSR2: The new rules making cars safer but more expensive

Britain's Best Affordable Drivers Car 2021: And the winner is...

This year's champion may come as a surprise, but there's no doubting its ability
Open gallery
Close

At the end of two long days and several thousands of collective test miles, our five-man jury agreed that they had been in the company of two driver’s cars truly fit for Aberdeenshire’s spectacular roads in this year’s Britain’s Best Affordable Driver’s Car contest – but only one was really a deserving winner. That car was the wonderfully – perhaps even surprisingly – purposeful Hyundai i20 N.

As is the way with these things, each judge gave each competing car a score out of a maximum 25 marks on the basis of driver appeal versus value for money, because that’s how BBADC works. The i20 N was the only car impressive enough to score 20 marks or higher consistently. Only one car could have beaten it, and only then if we had allowed the marks of the Caterham Super Seven to stand in a field against which it was competing with the benefit of so many natural advantages. In the end, we simply couldn’t. 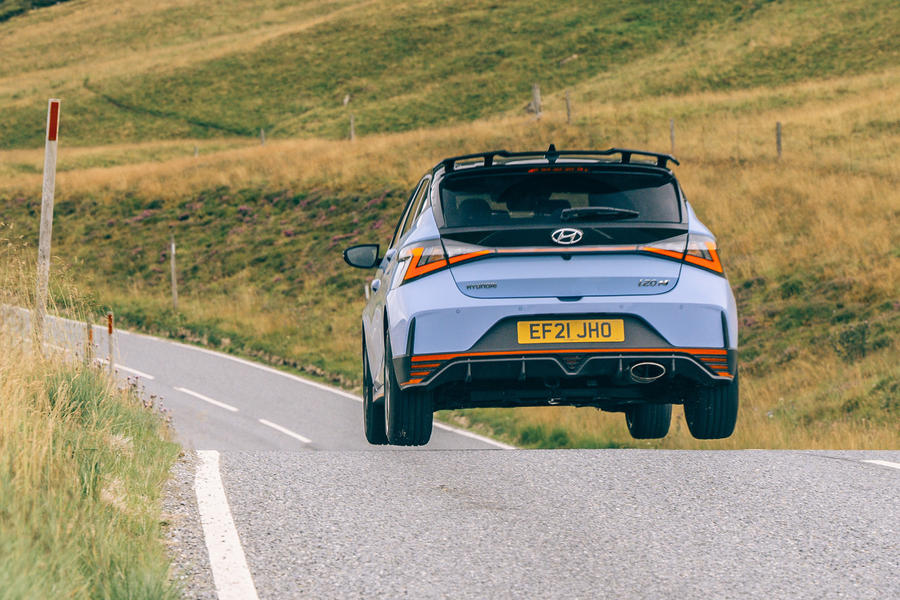 The Caterham weighed less than half as much as the next lightest car on test. It carried with it the sharpened performance, heightened agility and gentler suspension rates associated with that kerb weight. Additionally, it was the only car on test able to circumvent normal type approval restrictions and, despite a driving experience that glittered like nothing else in the field could, it offered a markedly less usable ownership proposition than its opponents. You would always find reasons to drive the Seven were it yours, but you could never use it like a hatchback.

For those reasons and others, it wouldn’t have been fair to score the Caterham the same as its one-and-a-half tonne, front- and four-wheel-drive rivals. Much fairer, as one tester put it, to treat it like Lewis Hamilton competing as a one-off guest in a Formula Ford race: enjoy the spectacle and use him as a yardstick if you like, but don’t award him championship points.

The lion’s share of those, quite rightly, went to a car that feels like a big leap forward for the Hyundai N performance sub-brand. One with a refreshingly appealing price and a more serious performance character than you might expect from a fast supermini, certainly; but also one that can take a snaking mountain pass apart more vividly than cars costing five figures more and hold your attention and enthusiasm every bit as well as it holds the road. 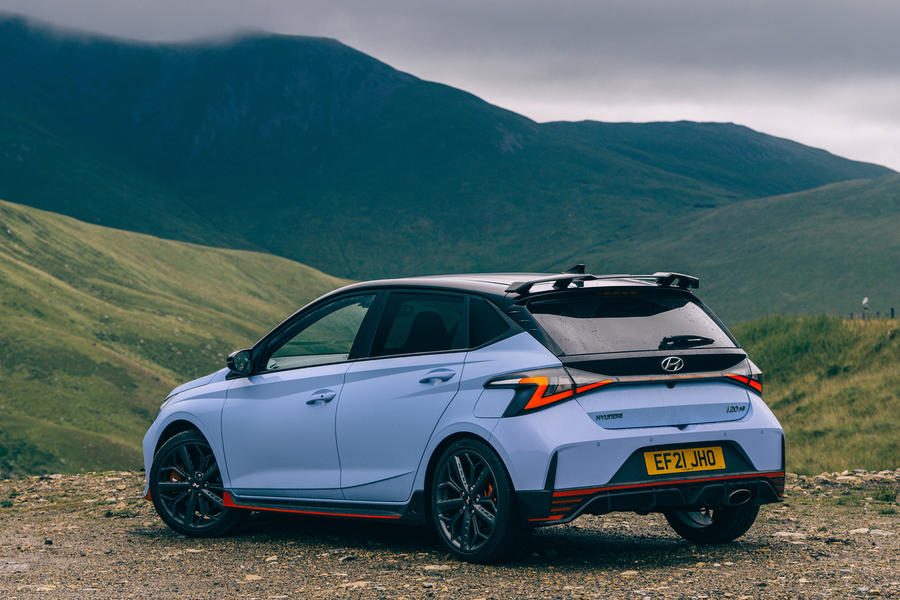 Next up for the Hyundai come the bigger, supercar-shaped fish of Britain’s Best Driver’s Car proper at Anglesey in October, and we look forward to that. The little Caterham, meanwhile, must keep on ploughing its own supremely endearing and brilliantly captivating furrow, for as long as there are enthusiast drivers like us left to marvel at it.

Agree re the 1 series, the auto does seem to hamper it according to the written review, though it's not largely criticised in the video.

@Si73, you are of course correct, i missed the bit about them being launched in the last 12 months. Yes, the Hyundai is a great effort. I do wonder how much better the BMW would have done without the compulsory auto though

si73 28 August 2021
@ artill, isn't the fiestas exclusion because it isn't new this year? Same for the mx5. Not sure why no GR Yaris though as I thought that was new this year.

Still, it shows what a stupendous job Hyundai have done with this i20 as it has beaten some pretty desirable hot hatches.