BACK TO ALL NEWS
Currently reading: BMW X4 spotted in hot M40i form ahead of 2018 launch
UP NEXT
Analysis: Why the decline in diesel sales has slowed in 2022

BMW is testing a prototype for its next-generation BMW X4 in hot M40i guise, as the car maker prepares the model for its launch in 2018.

The future Mercedes-Benz GLC Coupé rival has a familiar exterior design to the current car, with the same four-door body and steep swooping roofline, but underneath it’s built on an all-new platform.

Shared with the upcoming X3, which is due for launch this summer, the X4 will sit on BMW’s Cluster Architecture (CLAR) structure, using a mixture of high-strength steel and aluminium, increasing structural rigidity while saving weight. 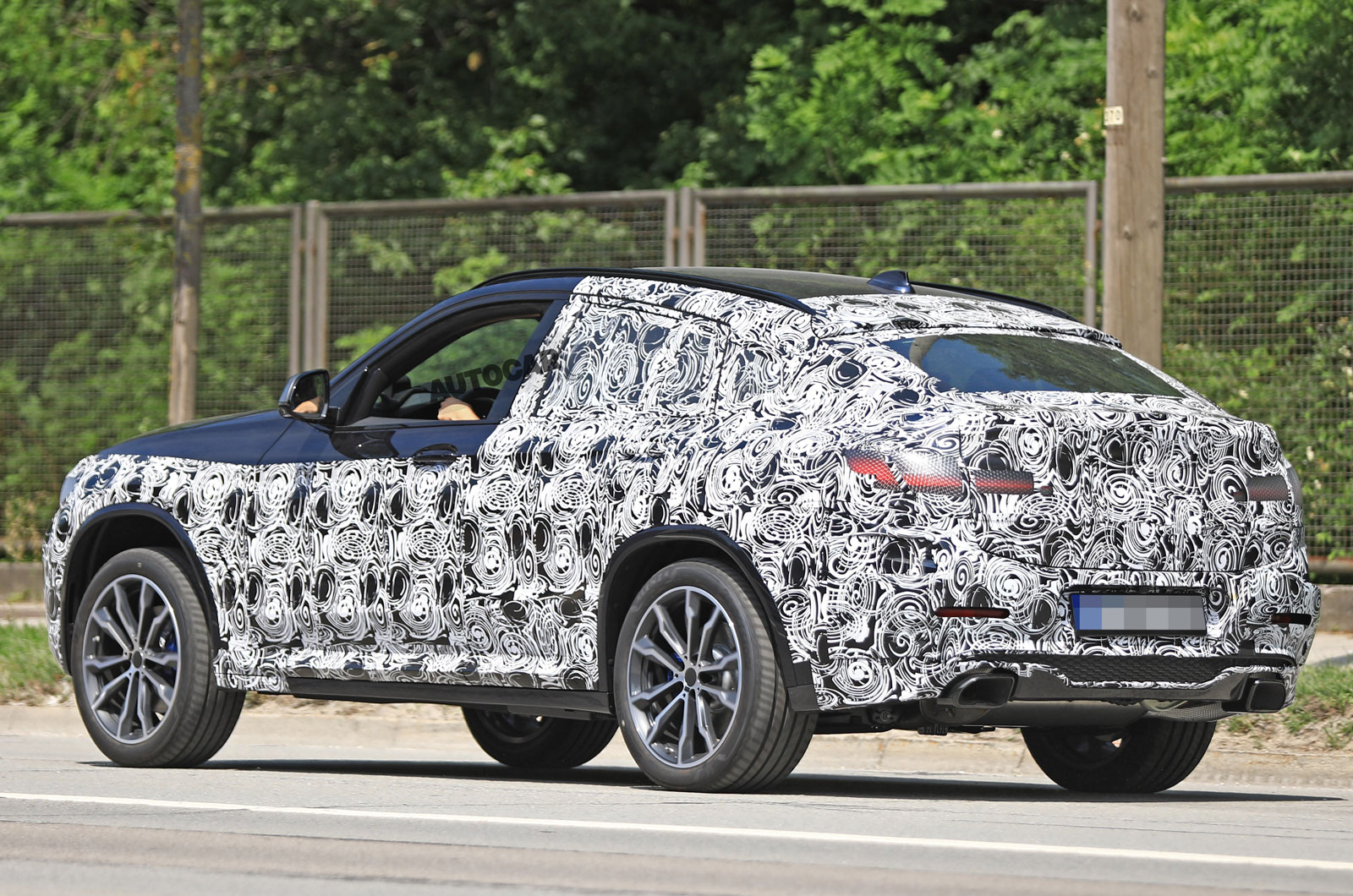 The X4 will also share engines with its smaller SUV sibling, but in the UK they’ll likely be restricted to the diesel options, starting with a 2.0-litre four-cylinder and topping out with 3.0-litre straight six.

The M40i pictured here is unlikely to make it to Britain, so the hottest X4 available will use a six-pot diesel and be named the xDrive35d M Sport. Expect it to have headline figures that surpass the current car’s 309bhp and 465lb ft.

Sources believe BMW will launch an X3 M and so that an X4 M may also be produced, using the same turbocharged 3.0-litre straight six petrol engine with around 425bhp - as it does in the BMW M3. The X4 M would compete with the GLC 43 Coupé and Porsche Macan Turbo. 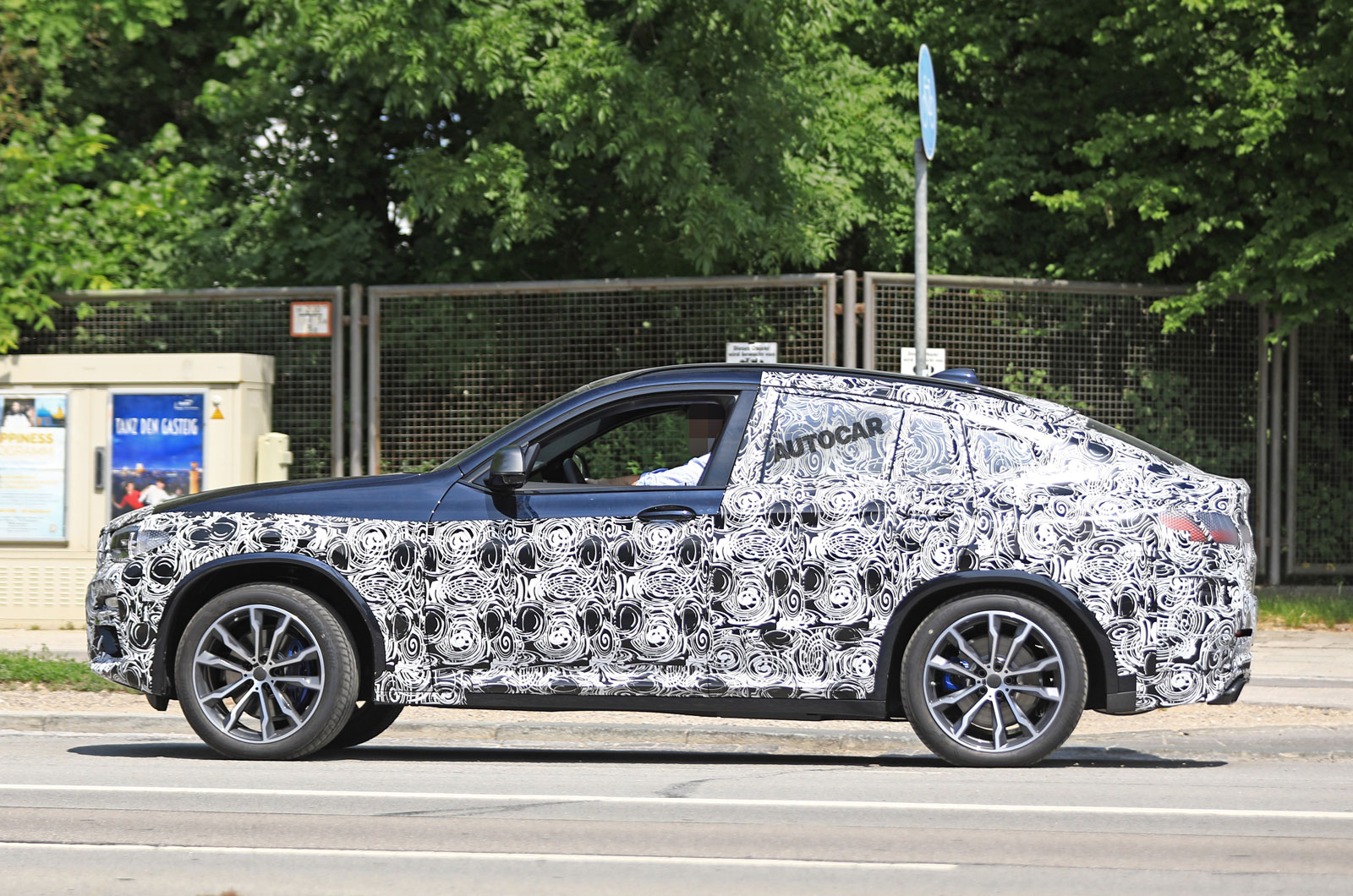 BMW has plans to integrate an all-electric powertrain into the X4, but this won't happen until later in the model's lifecycle at the start of the next decade.

Inside, the future X4 will get the usual raft of new BMW technical features that are centred around a 10.3in screen and accompanying iDrive controller. The infotainment has voice control and can be specced with a head-up display and gesture control technology.

The next X4 will arrive in the second half of 2018, barely four years after its predecessor was launched. This swift turnaround is linked to the launch of the next X3.

Get your facts right! really do you not have an EDITOR who checks your facts!
There are lots of old Petrolheads out here who know more than you seem to!
The X3/4 M will be rivals to the GLC63 and Macan Turbo! and the RSQ5
The X4 M40i is a rival for the GLC43 and Macan GTS and SQ5.
My friend has an X4 M40i for the winter and a lovely E46 M3 for the summer.
It is a very nice vehicle for our winter roads here in the Arctic.
erly5 17 June 2017

of which I have only seen a handful on the road. I would have thought that the fresh styling direction of the forthcoming X2 would have translated well to BMWs larger SUV coupes. This just looks identical to the current X4 unfortunately.