BACK TO ALL NEWS
Currently reading: Autocar Awards 2020: Game Changer cars revealed
UP NEXT
Alfa Romeo aims to double production with new image

Every year, we name our Game Changers - the cars that defied the conventions of their class, or set new standards for the rest of the industry to match. For the 2020 Autocar Awards, we have four winners:

Even the most progressively minded road tester at this magazine must have had doubts that an electric car could ever deliver the synaptic goods from behind the wheel. Too heavy, too soulless. And yet even at this relatively early stage in the story of battery-powered machines, Porsche has done it with the first zero-emission model in its 89-year history.

Perfection? Not quite. At more than £83,000 for the entry-level 4S, the Taycan is an expensive electric car. And despite its exceptionally clever packaging, neither is it quite as practical as a four-door performance car built in the GT mould should be. Boot space is limited and rear-seat passengers won’t find it as capacious as, say, the Mercedes CLS. It won’t travel as far as a Tesla Model S on a single charge, either.

And yet the Porsche Taycan’s performance is simply breathtaking, its handling traits recognisable from even the finest mid-engined supercars and its easy drivability and smooth ride guaranteed to have you pining to own an example mere miles after you’ve slipped down into the supportive driver’s seat for the very first time. Perceived quality is also extremely high and so, like many a game-changing machine, it feels unusually complete at the first attempt.

Indeed, there’s a pervasive desirability about the Taycan that stems from the fact that, far from being inert, it has all of the Porsche hallmarks we were afraid would be lacking in an electric car, even if the smooth gurgle of a flat-six engine is sorely missed. The brake pedal is expertly calibrated and the response, accuracy and feel of the steering are every bit as engaging as you’d find with conventional Porsche cars.

Perhaps it lacks the outright sense of fun delivered by the Cayman or 911 but, as Porsche has demonstrated with the Porsche 911, it tends to improve the breed with time. And with its new, forward-looking powertrain, if there’s one thing the Taycan has on its side, it’s time. 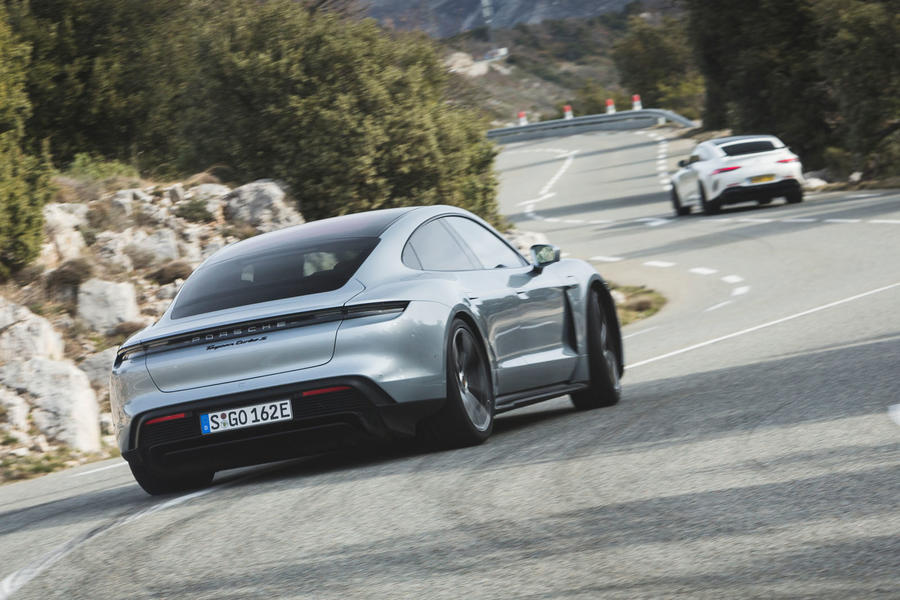 Ford has given us two distinct takes on the ‘Puma’ nameplate, both game changers in their own ways but like chalk and cheese on the spec sheet. The first Puma was the front-driven four-seat coupé of 1997. It was based on the Ford Fiesta platform, looked fantastic and drove superbly well despite its modest power output. However, it failed to find sales with the fervour Ford would have hoped and came and went in only four years.

The second coming of the Ford Puma is another Ford we’re already fond of, and another built on Fiesta underpinnings, but this time round, the car is a pint-sized crossover rather than a coupé, and if it doesn’t sell at a stratospheric rate, it will be to our eternal surprise.

Ford has achieved something remarkable with the new Puma, which is to bestow on the lacklustre compact crossover class a member that possesses character in both the way it looks and the way it drives. The latter is especially impressive, Ford once again democratising enjoyment behind the wheel by ensuring even low-powered and sparsely equipped models are fun on the right road.

That ride quality doesn’t seem to have been in any way impinged by the car’s pursuit of handling prowess also hints at the detail engineering Ford is known for among big-volume manufacturers.

The Puma also swims against the current in terms of its aesthetic, which Ford has described as being ‘anti-wedge’. Neither do the headlights and grille merge into one another, as is now commonplace, and the result is refreshing and bold. With more luggage space than even the Ford Focus, the Puma’s practical credentials are also to be commended.

No car is without fault, of course, and along with an uninspiring interior, the Puma’s new 48V hybrid powertrain struggles somewhat to deliver the sort of fuel economy we and many owners would expect. These are, however, but minor drawbacks, because the truth is that the reborn Puma is an awesomely complete product in one of the most competitive classes. 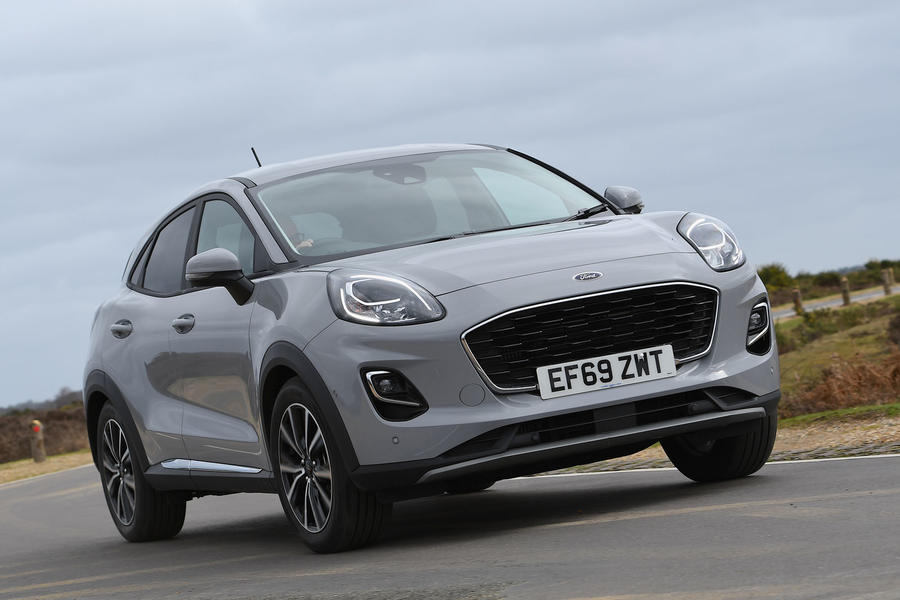 As I write this, we still haven’t driven a finished Aston Martin DBX. But we’ve spent enough time in late-stage prototypes, seen enough of its engineering and know the market sufficiently well to be confident this is a car capable of turning Aston Martin around. Even if it turns out to be a shed – and it isn’t – adding an SUV to the Aston Martin line-up should reverse the perennial problem. This is, as former CEO Andy Palmer once noted, that “Aston Martin has basically never made money”.

The DBX, production of which officially begins this month, is a car of no little ambition. It’s not just Aston Martin’s first SUV, but it’s also built on a new Aston platform – one compatible with electrification – and will be produced in an all-new factory. And it’s a car with really broad capabilities: not only does it have to be an Aston Martin, and therefore as engaging to drive as you can make any two-tonne passenger car, it will also have to pull a horse box across a wet field, power itself over a desert sand dune and sit all day on the motorway. And provide entertainment on a B-road.

Unfortunately for Palmer, the turnaround – and the DBX – didn’t arrive soon enough. Tobias Moers, formerly head of Mercedes-AMG, replaces him next month. Aston’s recent problems are well documented, and cash-flow crises, a drop-off in Chinese sales, dismal share performance after a premature IPO and then the coronavirus all conspired to seal Palmer’s departure.

Longer term, though, the range revival he instigated still has the potential to deliver. The breadth of it is promising: there are the front-engined GT cars, and mid-engined sports cars and luxury cars. There’s the new factory to give Aston the capacity it needs and it’s deep into the development of its own engine.

Among all this, Aston doesn’t need to take a huge slice of the global luxury 4x4 market to fund itself. With all this in the pipeline and a DBX about to arrive in showrooms, it looks like pretty shrewd time to become Aston’s CEO. 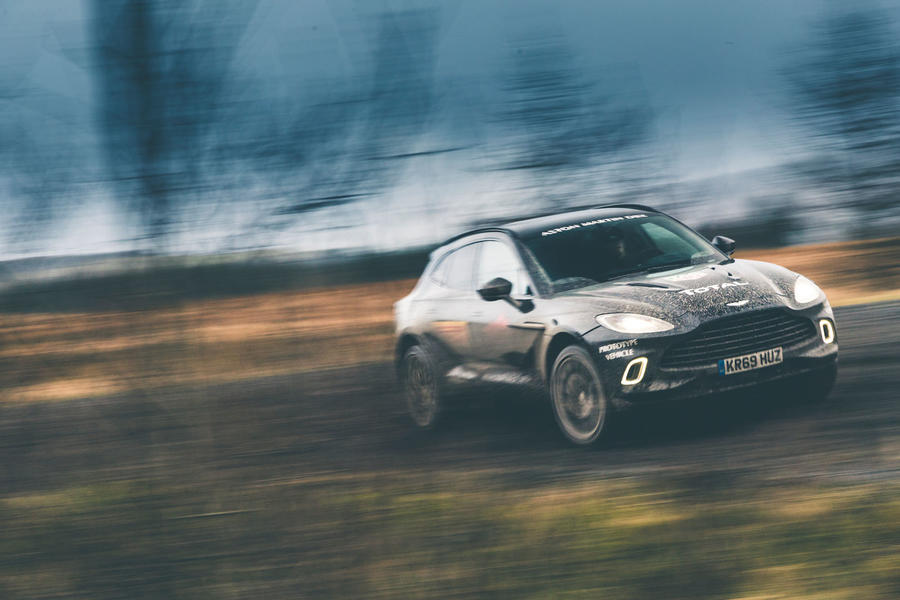 Polestar would probably rather we thought of it as an exclusive, stand-alone marque in its own right, but it’s difficult to escape the Volvo connection. You can find elements of that in the hulking exterior design, the cabin fittings and even in the 600bhp plug-in hybrid powertrain of its very first product, the super-GT Polestar 1.

And yet these detectable links to a more traditional and conservative mainstream manufacturer only make the car seem all the more extraordinary to our eyes. Why? Because it shows the potentially visionary consequences of letting an organisation loose with its creativity. The Polestar 1 is an extraordinarily confident product, and a mission statement on wheels.

It’s also exceptionally brave, don’t you think? Building something so fresh but also so complicated (the 1 uses a 2.0-litre turbocharged, supercharged petrol engine with an electric starter/generator and two further torque-vectoring electric motors in the rear axle) inevitably results in an asking price sure to trigger doubletakes.

Only 1500 examples of the Polestar 1 will ever see the light of day, and to put its hand-layered carbonfibre body in your garage costs £139,000. We don’t need to go into what other glamorous machinery you could have for that amount, but it’s fair to say Polestar has waded into arguably the most competitive realm of the luxury sports car market, and has done so with 22-stage manually adjustable Ohlins dampers. Chapeau.

On the road, this heavy car is out-handled by many of its rivals, but never is it dull to drive – far from it – and its ability to travel meaningful distances on electric power alone makes it unique in the class. Then there is the broader picture, which, no matter how impressive the thing is simply as a four-wheeled conveyance, is the real reason the 1 exists. Polestar has already launched its second model, the pure-electric 2, which is based on the Volvo XC40 but brings the 1’s design swagger to the party.

We’ve driven it, and it’s very good. The point is that this incipient brand is already arguably the closest thing Tesla has to an arch-rival. 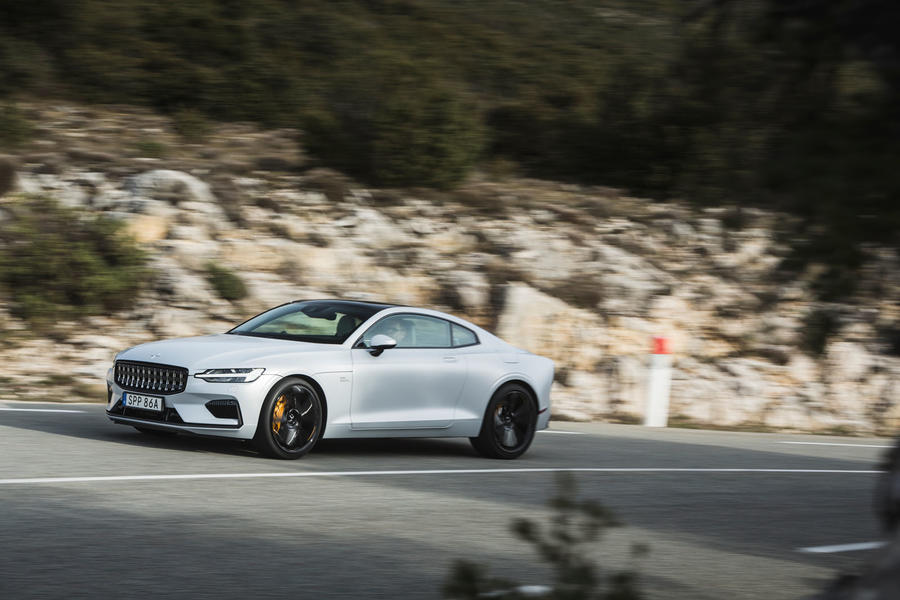