Ask a cross-section of his colleagues what Land Rover design director Gerry McGovern is best known for – besides leading a great team to produce a succession of fine Land Rover designs – and they’ll all say the same thing: he’s famous for fighting for the importance of design in any new car project.

McGovern, our winner of this year’s Sturmey Award for innovation and achievement, sees absolutely no need to apologise for this. In fact, he’s proud of his combative reputation. “If someone told me I’d be best remembered as a champion of design in car building, I’d be dead chuffed,” he says with a grin.

However, you’d be wrong to suggest that McGovern’s stridency in meetings is all about ego, although he’s undoubtedly proud of his achievements. But the toughness – and, he admits, occasional intransigence – is entirely for the good of the product, and even his opponents know it. Through a career spanning more than four decades, McGovern has seen evidence pile up that great design is the thing that most directly affects the desirability of a product. It’s an especially vital quality in the saturated car markets of the UK, US and Europe, where in normal times Land Rovers do very well.

One dazzling example of design leading success is the Range Rover Evoque, which emerged from a design team under his direction as a wonderful, seminal concept called the LRX. McGovern knew it would sell out of its skin if it reached the market with its shape unmolested by underbody compromises. He fought over millimetres so the car would retain its proportions. The result was a ‘junior Range Rover’ that sold five times its predicted volume and has continued doing so since 2011, transforming Land Rover’s financial fortunes.

“I’m absolutely not anti-engineering,” insists McGovern. “Far from it. My engineering counterpart Nick Rogers is a mate. But engineers love it if you give them something they already know how to do, so the job is just to make it perfect. But creating new cars isn’t about that.

“We’ve got an advanced group in our department whose job is to search for new ‘design enabling technology’ – slimmer lamps, new materials, flush glazing, new metal pressing techniques and intuitive stuff in the cabin that allows the driver to be comfortable and at ease. Taking advantage of new things makes the best new models.” 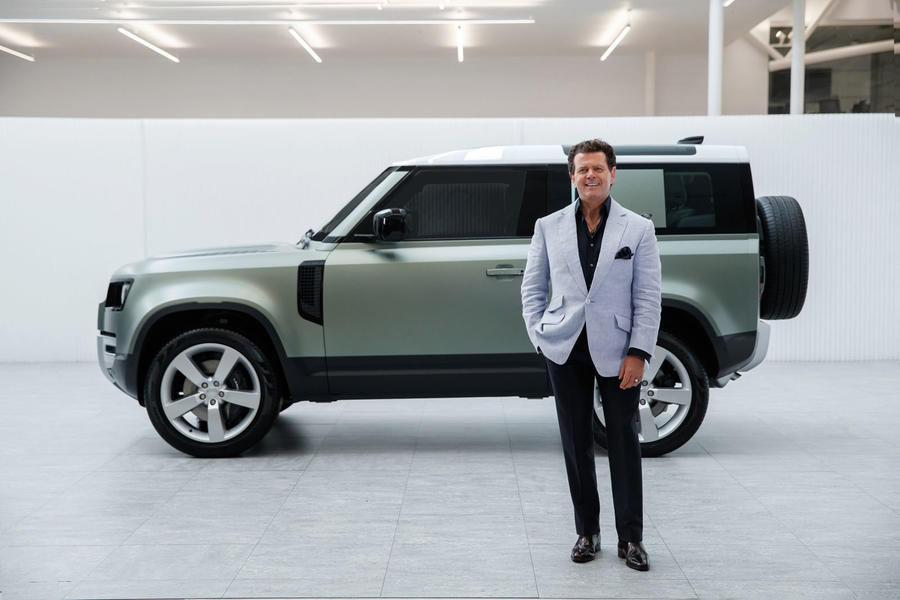 Mind you, even McGovern admits you have to know when the engineers have “run out of spit”, as he puts it, and can’t compromise any further. Then you shake hands and strike an agreement. McGovern is probably the world’s most vocal exponent of simplicity and modernism in car design, not for hobby-horse reasons but because he believes it’s right for Land Rover. But there’s no doubting he’s a lifelong enthusiast of those design styles. “I was brought up in Coventry,” McGovern says. “It was rebuilt after the war using the modernist principles by an architect called Donald Gibson and there was a newness about the designs and a cohesive consistency in his approach that I always admired. I suppose it rubbed off.”

If timelessness is part of McGovern’s design picture, I ask, how does that square with the marque’s need to renew its models on a six- or seven-year cycle? It’s a challenge, the designer admits, but the advance of materials and techniques uncovered by his advanced tech group provides plenty of help. McGovern’s confidence about the new Range Rover, due out next year, is palpable: “Just wait. I guarantee your jaw is going to drop out of your head. I’d describe it as a compelling statement of modernity. You’ll know instantly it’s a Range Rover, but it’ll be very different.”

Of course, I want to know how and why. “I’m not going to tell you,” McGovern declares, then proceeds to drop a few hints. “It’s technology that is allowing us to make the progress you’ll see. The progress is in the way it’s built, the quality of the panels, the reduction of line work, the pressings, the closures, everything. It’ll look simple, but it’ll still have those optimised volumes and proportions…”

I’m about to ask how closely related the new Range Rover is to the design principles of the Velar (answer: a lot) but McGovern’s minder wants us to move on. The designer loves cars and talking about them so much that dropping the odd secret is not entirely unknown.

We talk about the Land Rover Discovery, the one current design he agrees hasn’t been as successful as the rest. The lack of a Defender in the model line-up didn’t help, he says, but soon admits that it’s more than that: “I think I allowed myself – and the team – to be too influenced by the established visual DNA of previous Discoverys, stuff like the offset numberplate and the stepped roof.

“We could have stopped and thought: hang on, how important are they? I still think the Discovery looks good on the biggest wheels, but some models do have a massive rear quarter. Our facelift, which is imminent, will make changes that improve it significantly…”

It’s clear, however, that McGovern thinks the next all-new Discovery, probably four years away, will provide an opportunity for real change. “We won’t alter its breadth of capability,” he says, “but we’ll make sure it’s perfectly differentiated from the Range Rover and that’ll optimise its appeal.”

McGovern always radiates confidence (he knows people look up to confident leaders) so I’m keen to hear whether he has role models of his own. I’m half-expecting him to rattle off the names of sundry Scandinavian furniture designers from history but, without hesitating, he identifies someone to whom we can all relate.

“I really admire Mr Ratan Tata,” says McGovern, “the man who made such a difference to us after he bought us in 2008. He’s so humble yet so powerful. He’s also completely design literate – he trained in America as an architect – so his views are always interesting, though he never tries to impose them on us. In fact, he doesn’t say very much, but when he speaks, you listen carefully.” 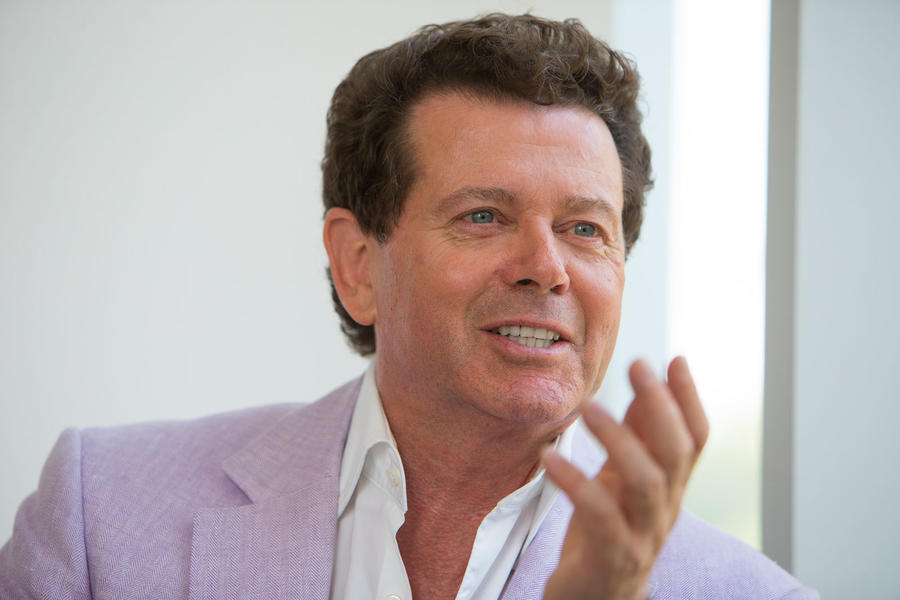 How he became a car designer

Gerry McGovern might have been an artist or an architect but was ‘discovered’ while still at school by Roy Axe, then head of design at Chrysler UK. “I’d been offered a place at Lanchester Polytechnic, now Coventry University,” says McGovern, “and through my art teacher’s contacts arranged a meeting with the second in command at Chrysler design. I turned up but was told my interviewer couldn’t do the meeting – he’d fallen off a ladder at home – and instead I’d be meeting Roy Axe, the top guy.

“Roy looked at my work, mostly non-car stuff, and I could see he liked it. I’d hurriedly drawn some cars but he didn’t think much of them. But he seemed to see something in me, and he also liked the idea of taking young designers very early so they could do a sandwich course at uni and learn a lot more while working. And that’s what happened.”

McGovern moved on to become a postgrad student on the Royal College of Art’s transport design course, but then rejoined Axe, who by then was head of design at British Leyland. He moved happily back into Axe’s orbit in 1982, working on the MG EXE concept car, the MG F roadster and the first, seminal Land Rover Freelander, a perfect introduction for his later career.