BACK TO ALL NEWS
Currently reading: 670bhp Elextra EV to launch in 2019 as Porsche Mission E rival
UP NEXT
BMW opens door to M1-inspired electric supercar

New Swiss model will have dual-motor set up and is claimed to be capable of 0-62mph in less than 2.3sec
Open gallery
Close

A new supercar called the Elextra that is being developed with cutting edge electric drivetrain technology should go on sale by 2019, priced at around €450,000.

On show in Geneva, the Porsche Mission E and Nio EP9 rival is being designed in Switzerland by Robert Palm, CEO of design house Classic Factory, but the project involves several other brands that are contributing in their respective areas of expertise.

Although still in development, the four-door, four seater is confirmed to use a dual electric motor all-wheel-drive powertrain with technology that negates the need for cooling equipment.

Its motors are said to be half the size of conventional ones, yet they still produce a combined 670bhp, enabling a 0-62mph of less than 2.3sec. 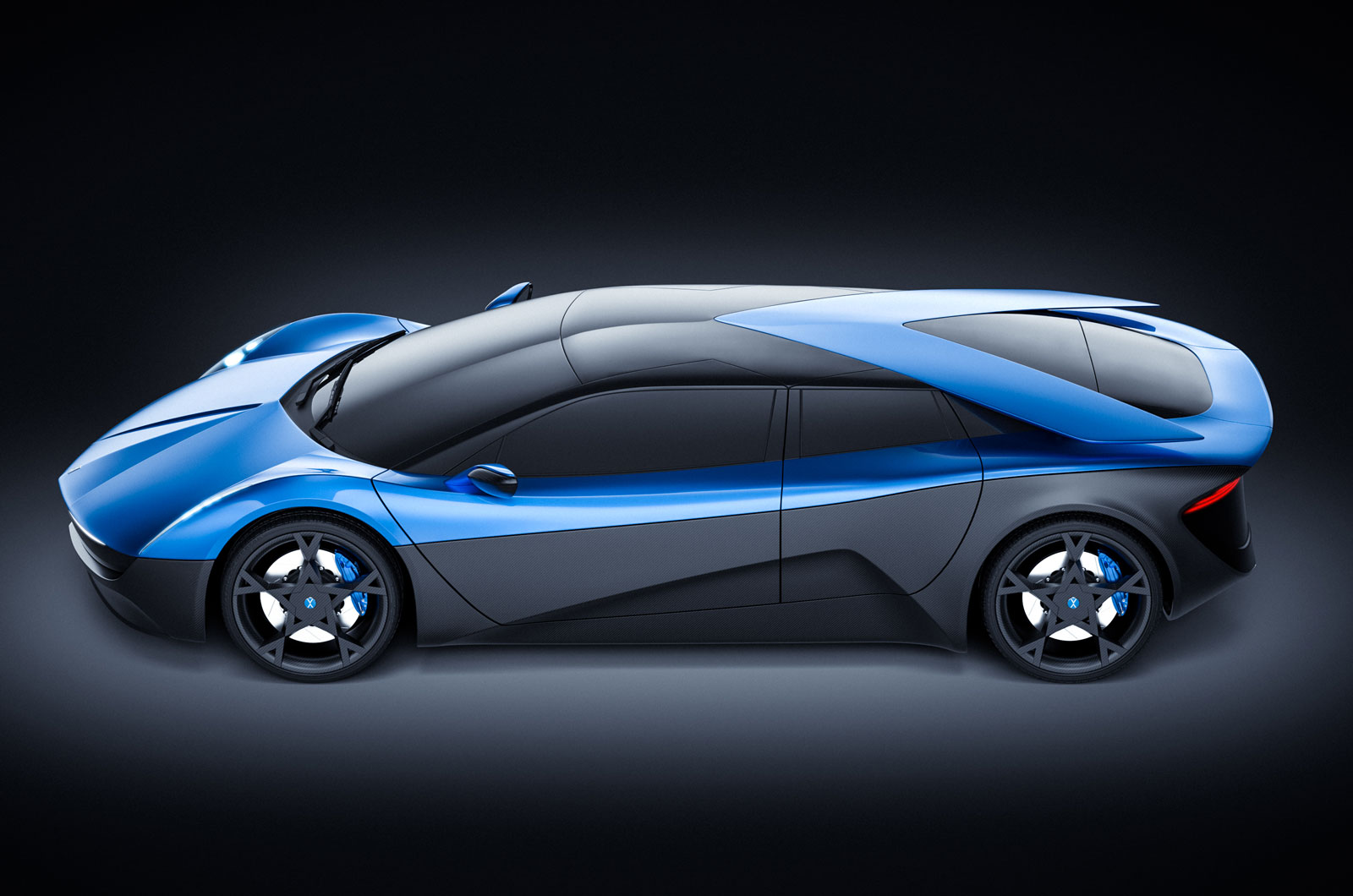 This would make the model quicker to mark than the current fastest accelerating car on sale, the Tesla Model S 100kWh, more than a second quicker than the Mission E and four tenths quicker than the EP9. Top speed will be limited to 155mph.

The Tesla Roadster is set to beat that figure - it's claimed to be good for a 1.9sec 0-60mph time - but it will be a lighter, two-door model.

The car uses carbonfibre for its structure, bodywork and wheels to keep weight to a minimum. Its use of electric motors frees up enough space for the back seats as well as a 400-litre boot, which is 30 litres more than a McLaren 570GT can offer, although admittedly the Elextra will have a bigger overall footprint. 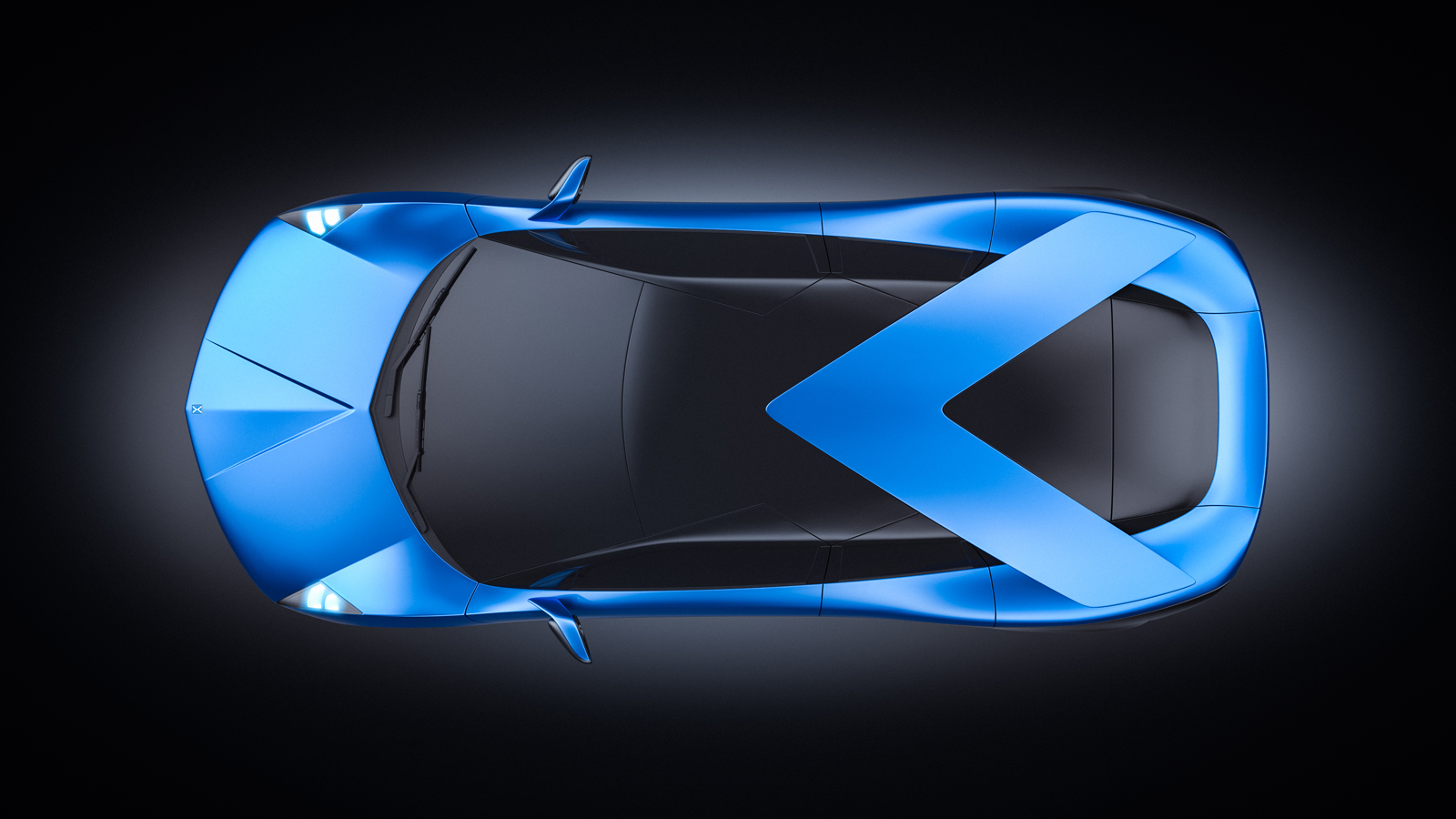 New images of the Elextra design have been released, showing its steeply angled bonnet with slim headlights, a wide shoulderline and elongated roofline. At the back, a V-shaped wing hangs off the roof and extends to the sides of the car.

Palm confirmed to Autocar that this wing "brings as much downforce as a regular wing", but that its unique shape meant it didn't obstruct the view through the rear window. ''This is a supercar you can see out the back of," he said.

The Elextra project is being used to showcase new technology from several brands, but Palm couldn't reveal which companies and what new systems are included at this stage. "This isn't just another electric car project," he emphasised. 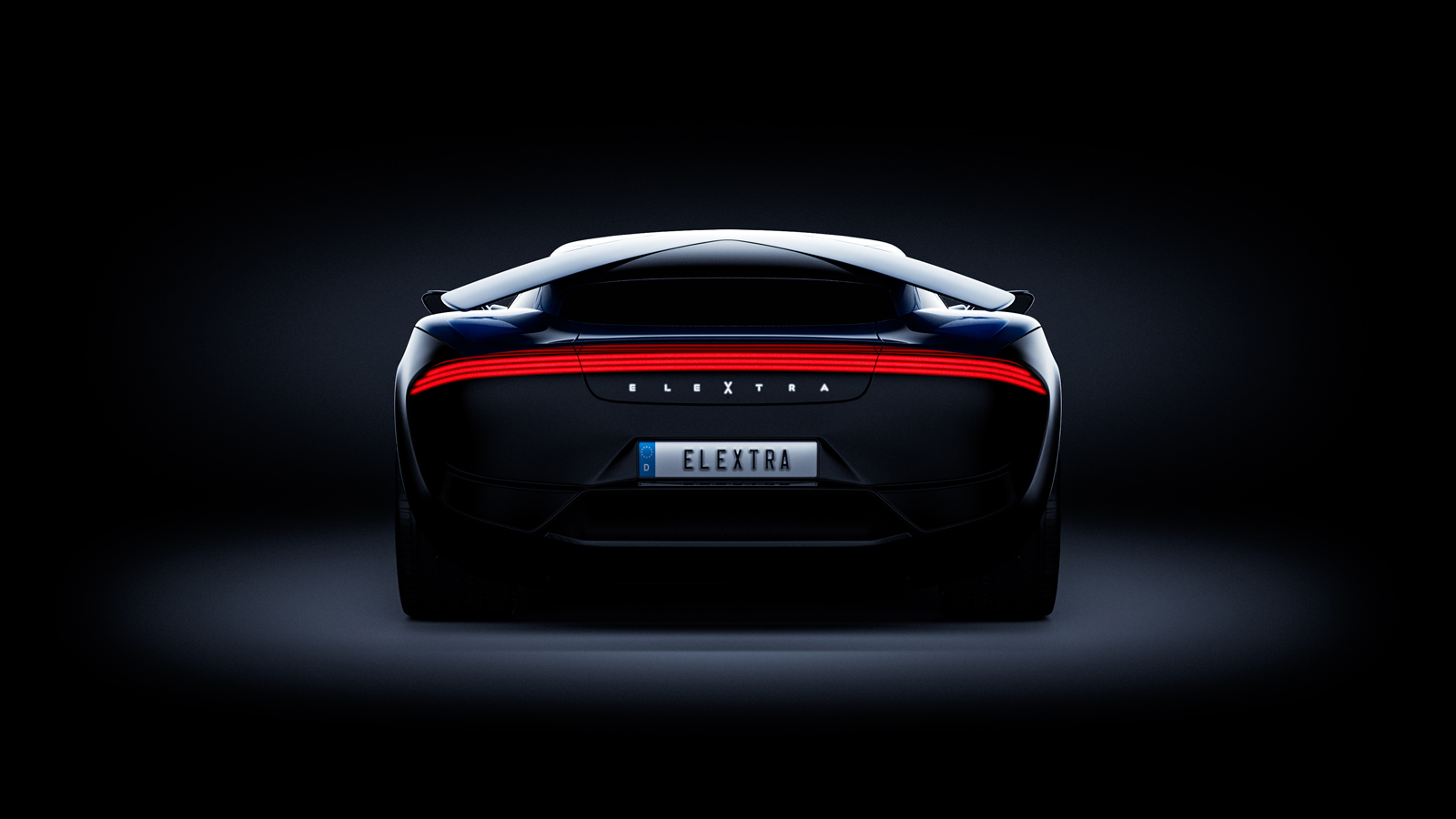 Porsche Mission E: electric car will have a wide range of variants

If development goes to plan, 150 cars are planned for production, built by a yet-to-be-named German manufacturing company based in Stuttgart. Palm revealed that the car is planned to be priced from between "€400,000 to €500,000".

Currently, there are no further plans to produce any more models beyond the first production run, but the Elextra brand could follow suit of Nio and produce more mainstream cars such as electric SUVs and hatchbacks, if the supercar is a success. "We could even produce a second generation supercar," added Palm.

Loved the article on the

Loved the article on the Skoda going from John 'O Groats to Lands End between Dusk and Dawn! Beats anything any electric car can do and day to day practical.Until they can beat that feat they are useless! I'll never see it in my lifetime, my grandsons might!

Not a Mission E Rival Really Is It?

One is expected to sell for about five times the price of the other. One the product of perhaps the most repected car company in the world. The other the product of a press release. I know motoring journalists don't live in the real world - I was one myself briefly - but come on. Let's have some sense of perspective.