BMW will next year reintroduce its smallest two-door model, the 2 Series Coupé, and new spy shot images give us our best look yet at its production styling.

Due to be produced at the firm’s San Luis Potosí plant in Mexico, the 2 Series Coupé is known internally under the codename G42 and is scheduled for an unveiling during 2021.

Heavy camouflage means it’s difficult to draw many conclusions from these new images beyond the overall profile being that of a classic two-door, four-seat coupé. Visible links to the shape of the latest 4 Series are apparent, in particular the long bonnet and wide rear stance, although at the front BMW appears to have grafted the face from the 2 Series Gran Coupé onto it. 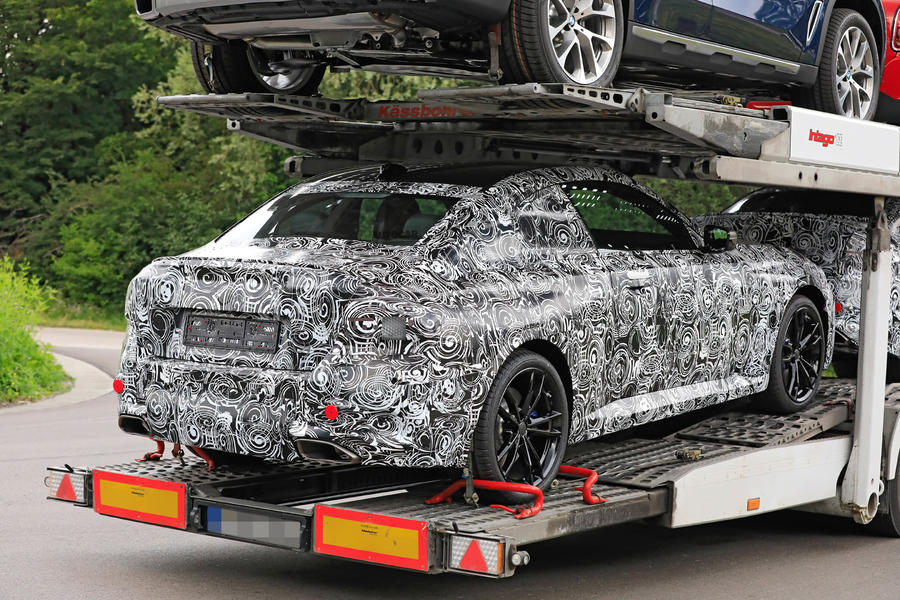 Unlike the four-cylinder M135i and M235i Gran Coupé, Autocar understands that the full-fat M2, expected in 2022, will keep a six-cylinder powertrain. Specifically, it will use a detuned version of the S58 3.0-litre unit found in the BMW X3 M and X4 M, and soon to be offered in the latest M3 and M4.

This will be a big step backwards compared to the current car.  The top of the range model (not counting the M2) will have a four cylinder engine instead of a six.  It won't sound as good and won't be as quick.  It will also have the new dashboard which is horrible to look at.

Don't believe me?   Check comparison videos on Youtube of the M140i and its replacement the M135i.  Guaranteed that they will do the same thing with the 2 series.

if you want a decent 2 series coupe, get the M240i while it is still on sale.

Disagree, the new 2 will be

Disagree, the new 2 will be based on the CLAR platform. Rumours and indications are that it will not go the way of the 1 series and will retain the B58 powered M240i as the top model (other than the M2 of course). I own the current M240i and it's mostly been a great car. I have had to spend a bit of cash to rid of a few niggles... susension upgrade and LSD mainly. I am looking forward to it, I just hope they don't ruin the looks.

6 July 2020
I agree with your last point re current M240i. The only thing that let's it down are the leather seats which seem very "standard" in appearance...
I'd be hard pushed to choose a 2 or 3 year old M240i over a 4 or 5 year old 435D for roughly the same dosh. The interior is heaps better.
The new 2 series must have a better interior for my money.

If it's based on the CLAR

If it's based on the CLAR structure then it is likely the 240i will retain the six cylinder engine. Unfortunately it's also likely to be absolutely hideous to look at.

I would agree. I own one and

I would agree. I own one and whilst I find the seats comforatble, it's hardly the highest quality leather and they do look a bit standard. I wouldn't say it was too bad though, I've seen a lot wors....but it's definitley time for a major update.

Im glad BMW are doing another

Im glad BMW are doing another 2 door 2 series but surprised they are investing in a stand alone model like this when all their rivals have ditched the idea of a 2/3 door car and BMW have the Gran Coupe and 4 series coupe already. Hopefully the gamble will pay off because of the lack of direct competition