Audi has released its first official teaser video of the new Audi Q3 ahead of an expected full reveal in the next couple of weeks.

The second-generation SUV will rival the BMW X1, Volvo XC40 and Jaguar E-Pace, and thinly disguised prototypes have already been seen on the road.

The new video shows the Q3 in a darkened studio, with flashes of light cascading across the bodywork. Although it doesn't reveal the full outline, we can see several key details, including an evolved version of Audi's octagonal front grille and a Q8-inspired LED running light signature. More muscular bodywork can also be seen, but the video doesn't offer any shots of the SUV's rear end. 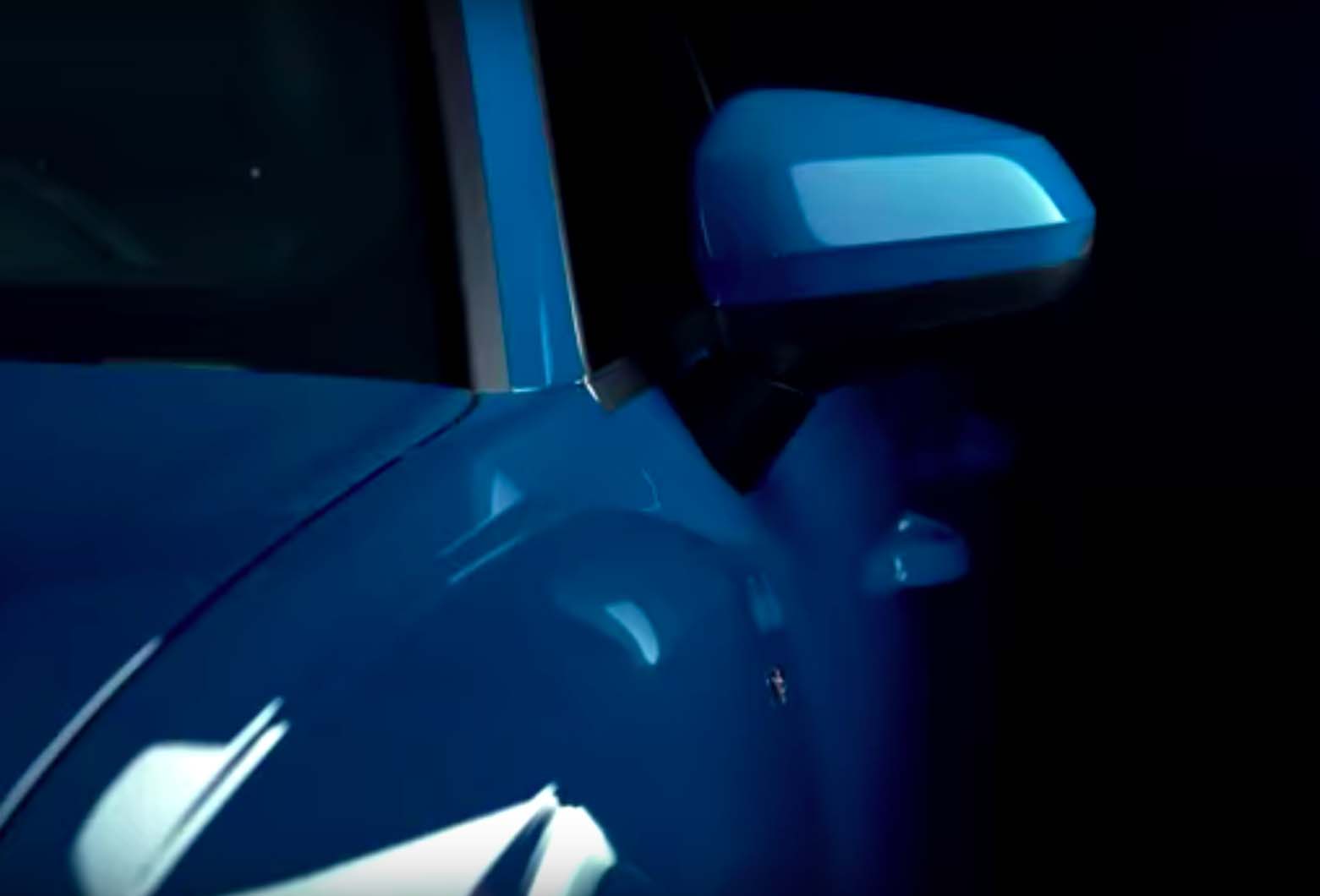 Also not shown is the interior design, with the only shot of the Q3's cabin displaying a colour-changing LED backlit badge. The new model moves the game on significantly from the six-year-old outgoing car, with the latest version of Audi's MMI infotainment system and the option of the brand's Virtual Cockpit.

The next Q3 has new underpinnings, a roomier interior and contemporary electric architecture supporting many of Audi’s latest driver assistant systems. The changes are so extensive that sources call it a "comprehensive re-engineering". It's part of a Volkswagen Group programme that's also resulted in the launch of the Skoda Kodiaq, Seat Ateca and the latest Volkswagen Tiguan.

The car has grown in order to distance itself from its cheaper, smaller sibling, the Q2. Nothing is official yet, but sources suggest its length extends to around 4450mm and its width beyond 1860mm — increases of 60mm and 30mm respectively. 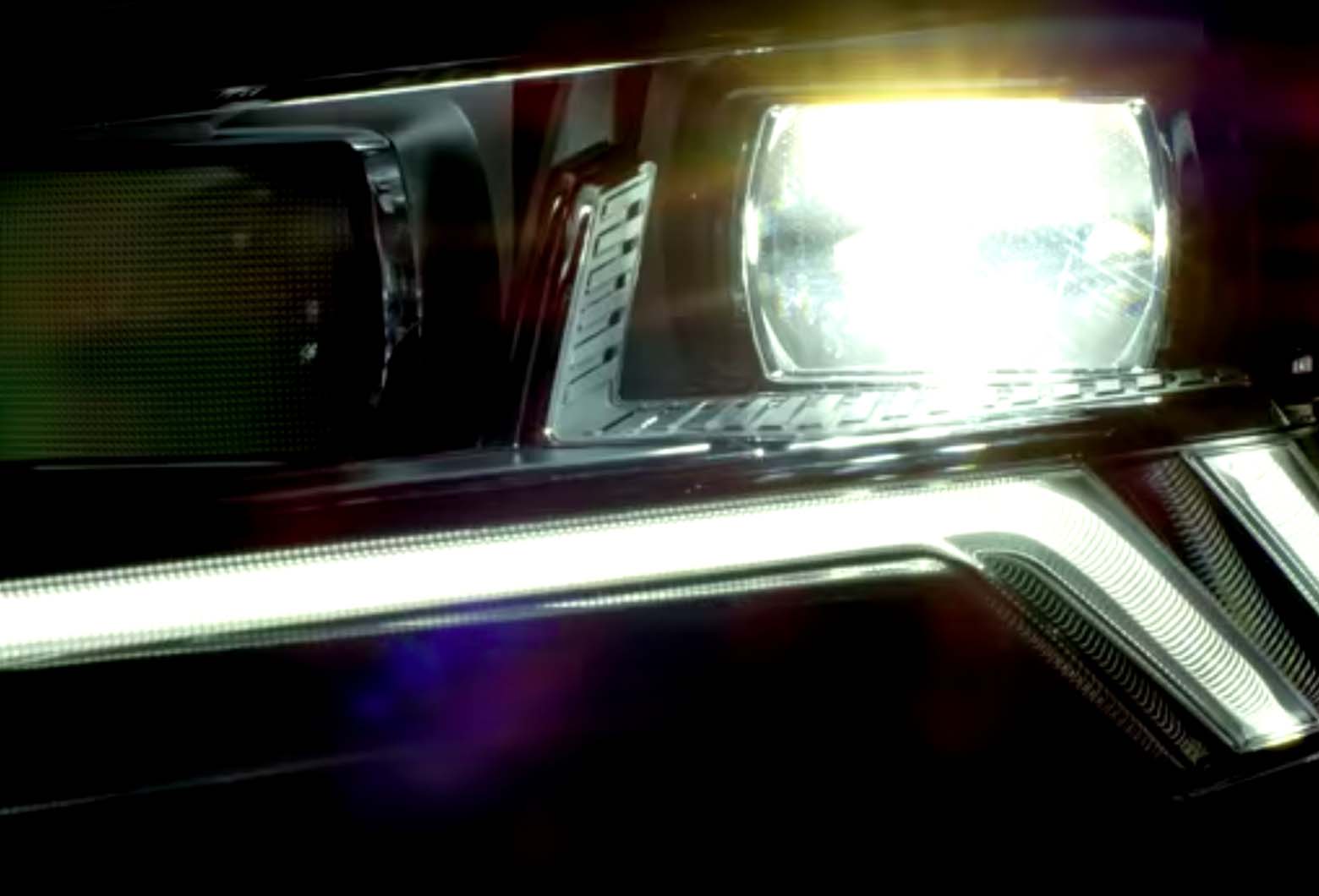 Based on the VW Group’s widely used MQB platform, the new Q3 is claimed to have shed up to 50kg over today’s model, which sits on older PQ35 underpinnings dating back to the second-generation A3 of 2003. This should bring the planned front-wheel-drive entry-level model, which is set to use a 128bhp 1.5-litre four-cylinder petrol engine, down to less than 1350kg, despite the Q3's growth in size.

Audi's engineers are also beginning to turn their attention to the hot SQ3 variant. That model is likely to arrive at the same time or very soon after the regular Q3. Spy photographers have captured the standard car during spells of winter testing and have also spotted the higher-specification version. 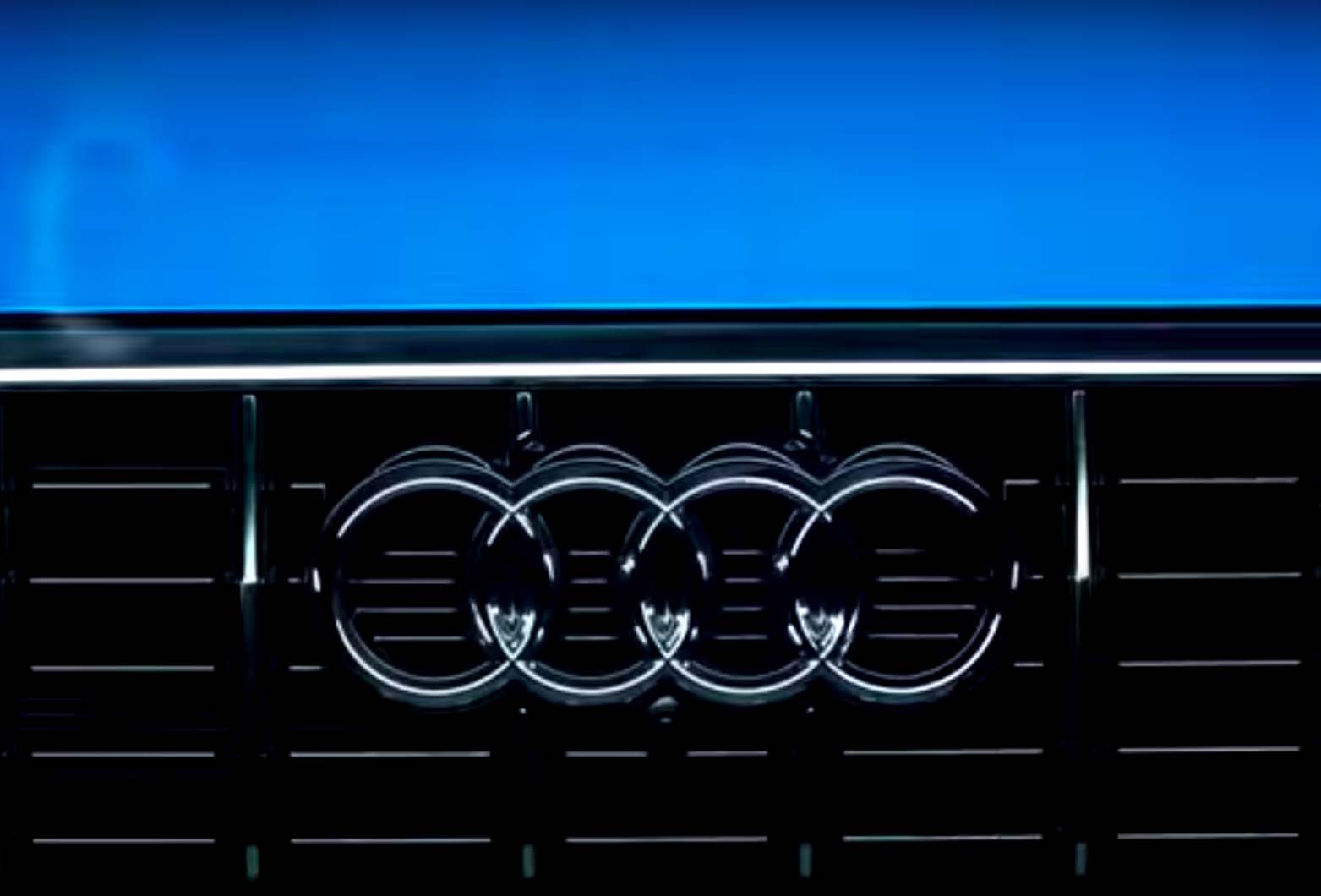 In typical Audi style, the SQ3's appearance is only lightly adjusted, with a lower ride height and larger wheels the clearest signals to its performance. It will serve as the range-topping model until the even hotter RS Q3 is produced.

As well as being lighter, the MQB architecture also provides the new Q3 with added structural integrity. Audi insiders cite a significant improvement in static and dynamic rigidity as being crucial to enhancements in the isolation of vibrations and the lowering of overall noise levels — factors that promise to make the Q3 a more adept long-distance proposition. 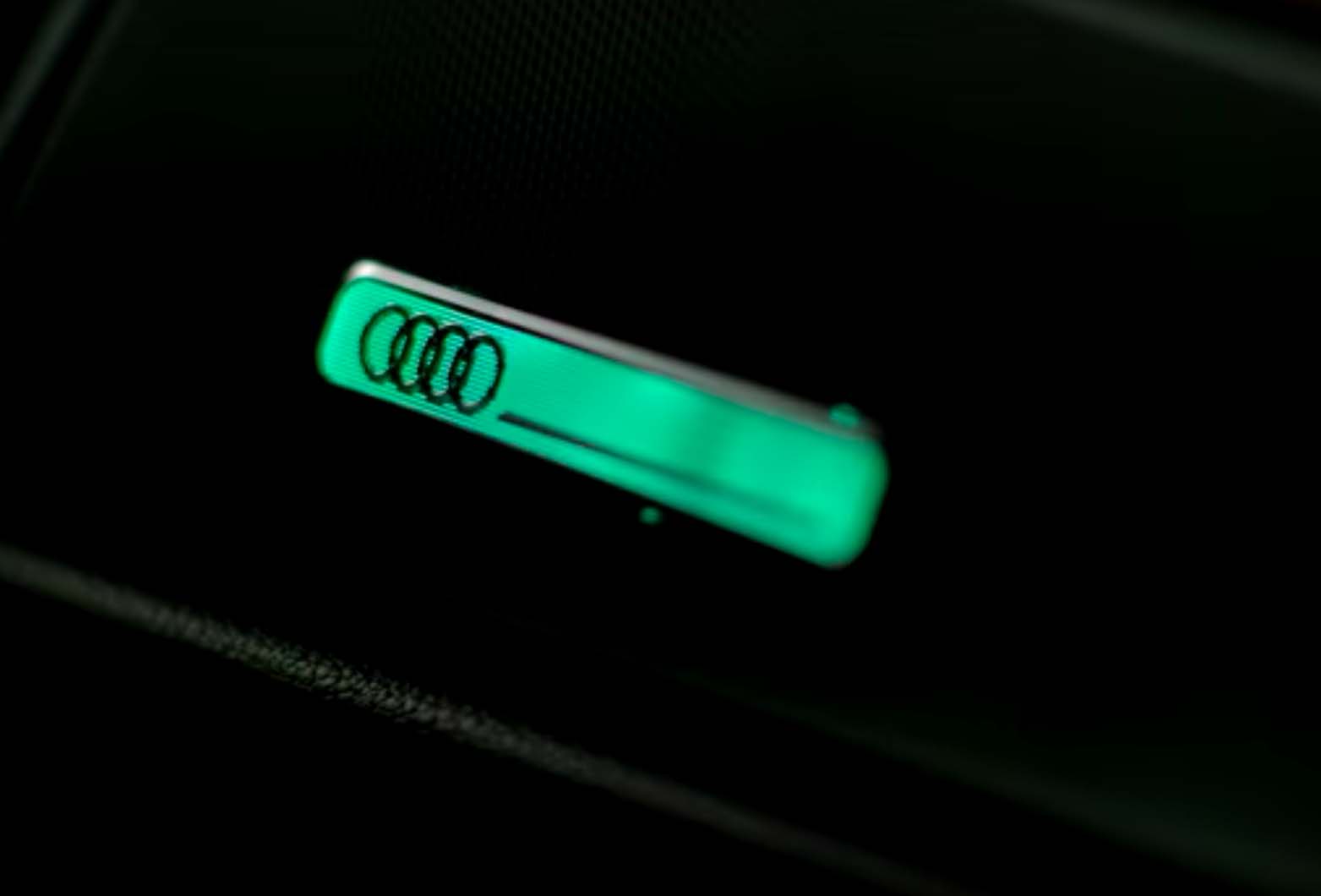 Further back, there are larger wheelhouses, a more pronounced wheel arch flaring, door-mounted mirrors and a more defined shoulder line along the flanks. A longer wheelbase, which is said to have grown by 50mm to 2650mm, also allows the adoption of slightly longer doors. At the rear, the new Q3 appears to eschew the clamshell-style tailgate for a simpler (and cheaper-to-produce) aperture.

Inside, the Q3 receives a newly designed interior with a dashboard heavily influenced by that already seen in the latest A3. With a longer wheelbase liberating rear leg room and added width providing greater front and rear shoulder room, the car is described as being significantly more spacious inside than its predecessor. A slightly longer rear overhang is also claimed to provide an added 20 litres of boot capacity, meaning a total of 440 litres.

Among the more upmarket features available for the new Q3 will be Audi’s Virtual Cockpit display with HD graphics, a head-up display unit, a 9.2in touchscreen infotainment system, wireless smartphone charging and a full suite of connectivity functions supporting Apple CarPlay and Android Auto smartphone mirroring. 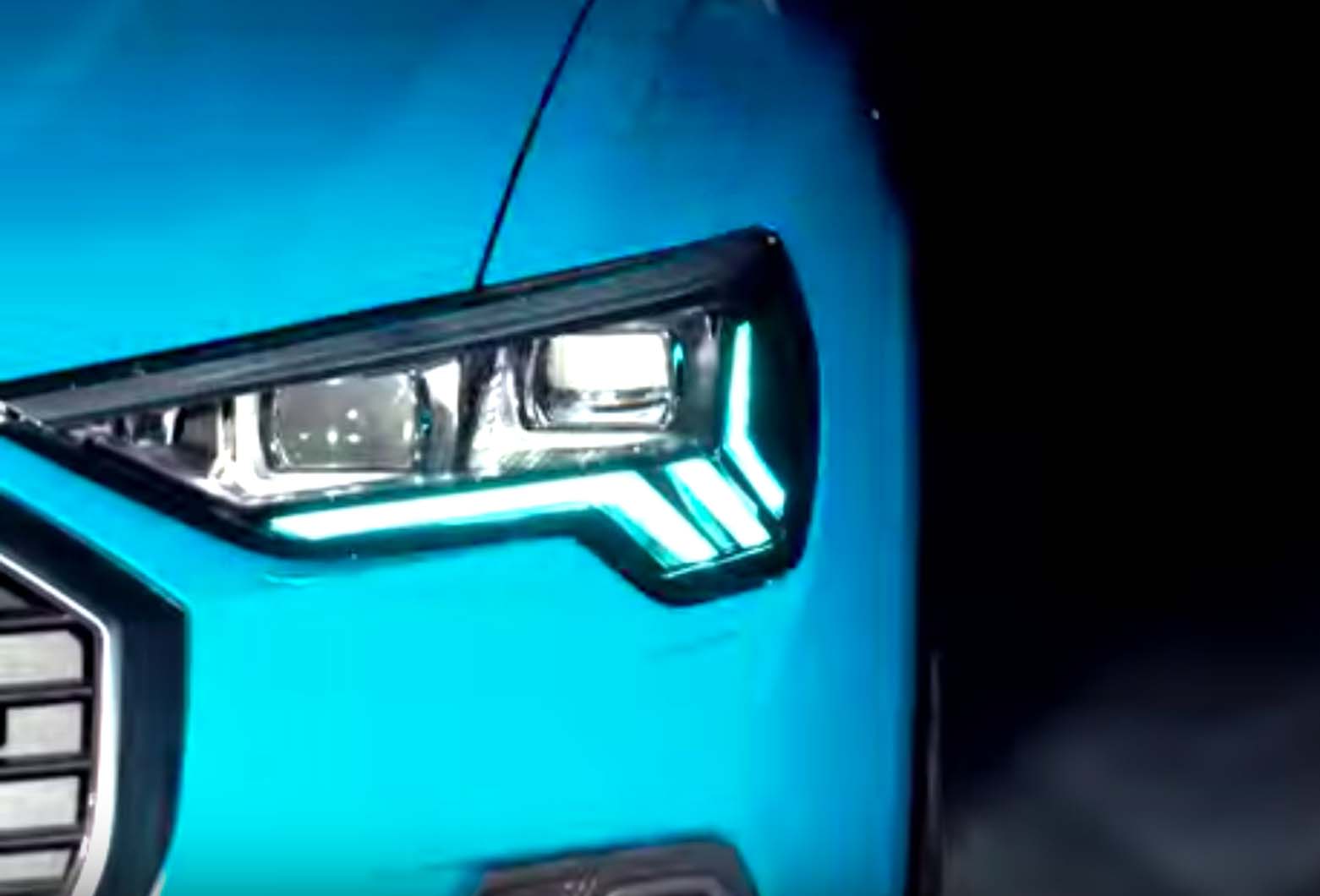 The new Q3 will offer a variety of driveline combinations, including front-wheel and four-wheel drive in combination with either a six-speed manual or seven-speed automatic dual-clutch gearbox.

The headline engine for the RS Q3 will be Audi’s recently revamped turbocharged 2.5-litre five-cylinder petrol unit developing up to 395bhp. It will be supported by an SQ3 model running a detuned version of the same engine at around 335bhp. 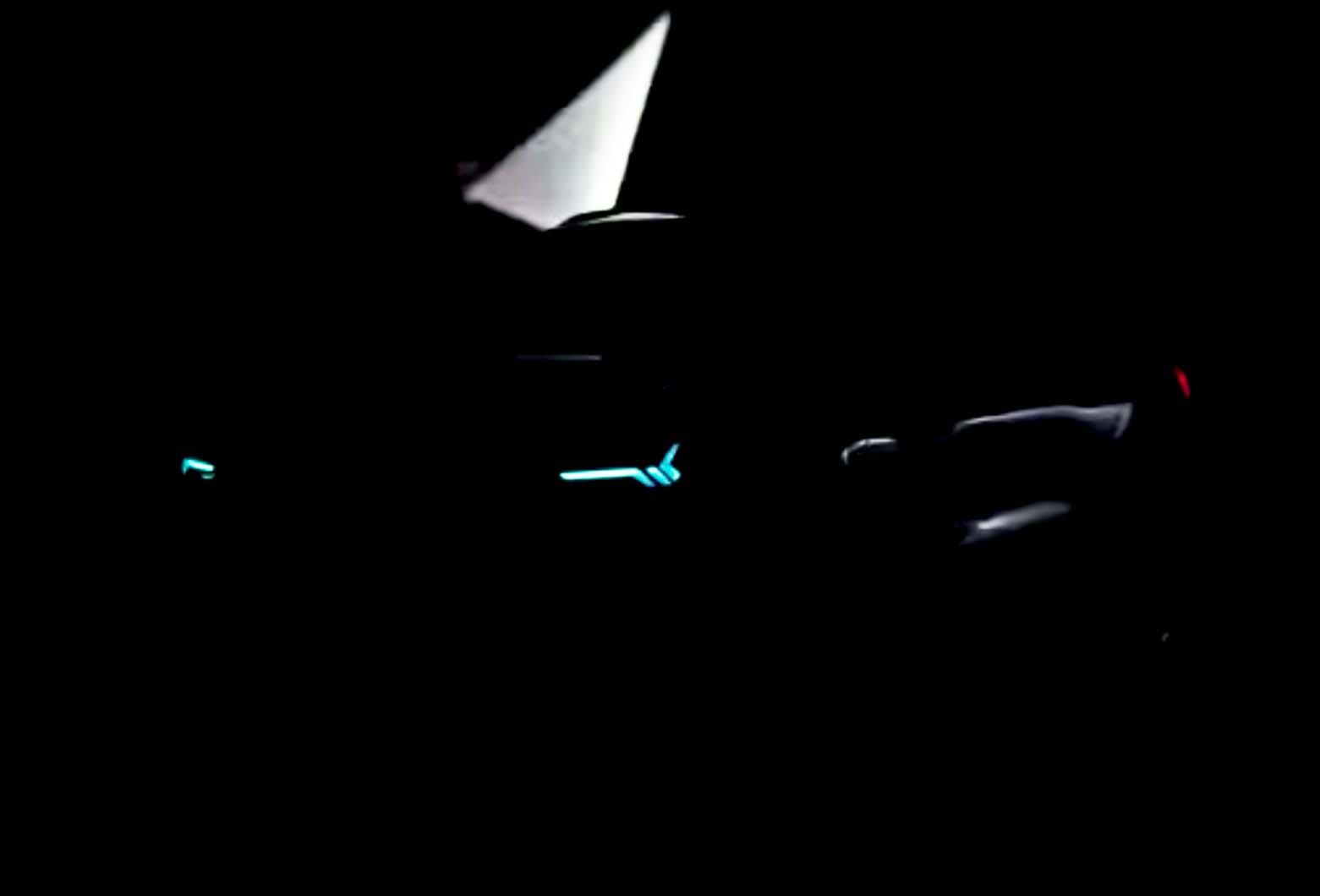 Despite the uncertainty surrounding the future of diesel, Audi is sticking to its plans to launch the upcoming Q3 with a turbocharged 2.0-litre four-cylinder common rail engine in up to three states of tune: 148bhp, 187bhp and 237bhp. All will feature an SCR filter and AdBlue injection for Euro 6 compliance.

Also under development, although unlikely to be seen at launch, is a plug-in hybrid version that will combine the turbocharged 1.5-litre four-cylinder petrol engine with an electric motor. This will be an updated version of the VW Group’s modular plug-in hybrid system, which is claimed to provide a combined output of more than 200bhp and an electric range of up to 31 miles at a speed of up to 81mph.

Audi sources involved in the engineering of the new car also confirm that the company is working on an electric version of the second-generation Q3 as part of plans to meet China’s New-Energy Vehicle regulations. The front-wheel-drive Q3 Audi e-tron, conceived to compete against BMW and Brilliance’s Zinoro 60H, is likely to run a similar driveline system to the Volkswagen VW e-Golf, with a 134bhp electric motor and 35.8kWh lithium ion battery providing a range of up to 186 miles between charges.

Get all the best car news, reviews and opinions direct to your inbox three times a week. You can unsubscribe via any email we send See our full privacy notice