BACK TO ALL NEWS
Currently reading: Mercedes-Benz C-Class to get new engines and tech in 2018 facelift
UP NEXT
New Aston Martin DBR22 is £1.5m, V12 speedster

Mercedes-Benz is preparing to launch a facelifted version of its fourth-generation Mercedes-Benz C-Class as part of an extensive range of new and revised models in 2018.

Mercedes has now revealed the new C-Class. Click here to read the story

The reworked C-Class will lock horns with a new BMW 3 Series and upgraded Audi A4 in a renewed battle for executive class supremacy. It is set to make its premiere in saloon and estate body styles at the Geneva motor show in March, with coupé and cabriolet versions to follow at the New York motor show in April. All four are planned for UK deliveries from July.

Opinion: the Mercedes-Benz C-Class is getting even classier

The C-Class will receive new-generation turbocharged 2.0-litre four-cylinder petrol and diesel engines – all with added performance and reduced emissions. The reworked model will also be offered with a number of hybrid powertrains in both mild and plug-in guises. 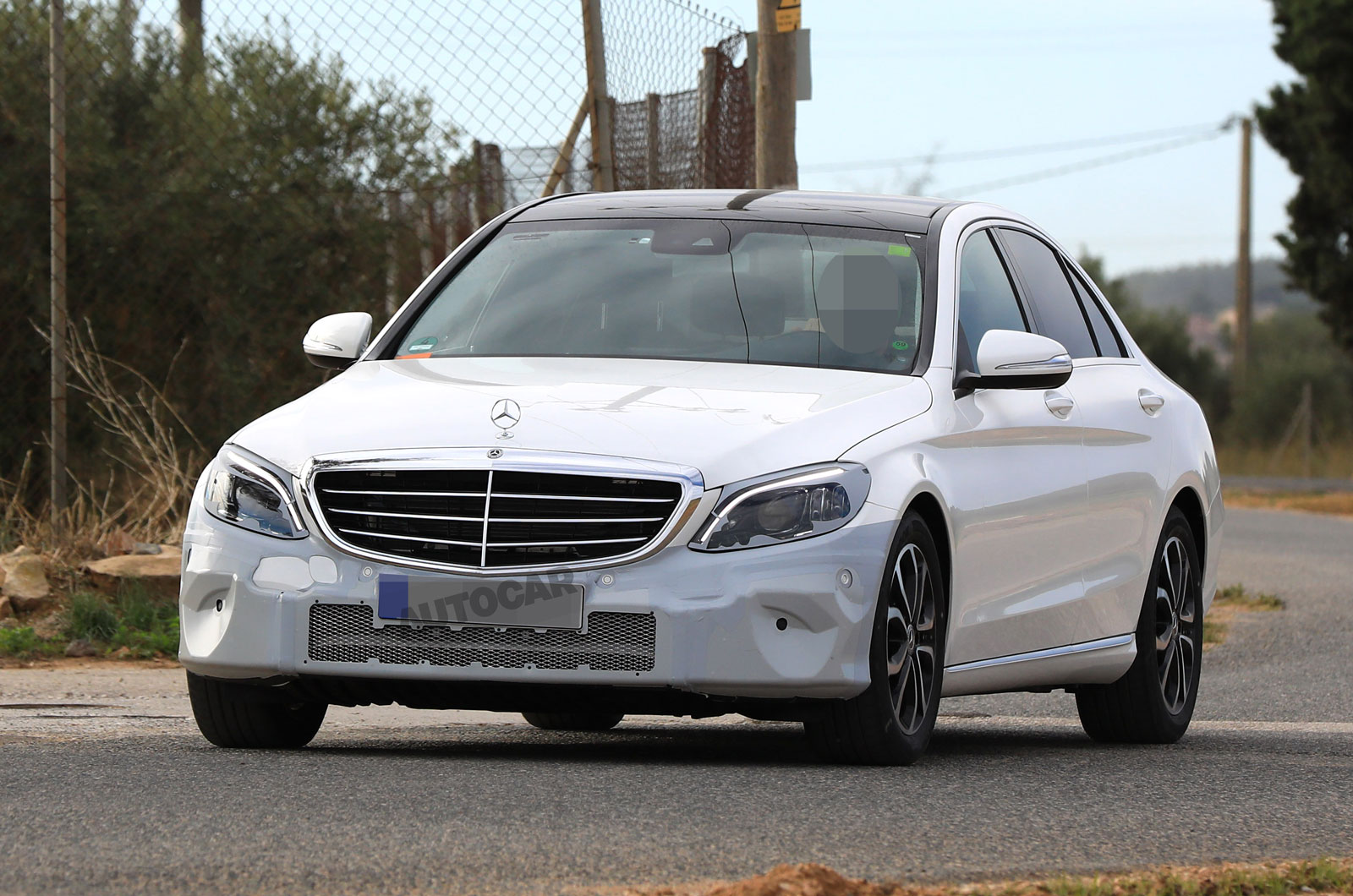 The diesel models adopt Mercedes’ latest OM654-designated engine. It develops 148bhp in the C200d, 192bhp in the C220d and 241bhp in the 300d, figures that represent increases of 13bhp, 24bhp and 40bhp over today’s models respectively.

The petrol models feature Mercedes’ new M264 engine. In the new C200 EQ Boost, it develops an additional 7bhp over the old M274 engine, taking nominal reserves up to 188bhp. Additionally, it adopts a belt-driven alternator and 48V electric architecture that adds 17bhp for brief periods of electric boosting.

The evolution of the M264 engine in the new C300 doesn’t use the hybrid functions of the C200 EQ Boost, but runs a higher state of tune with added turbo boost pressure. Power is up by 13bhp over today’s version of the C300, giving the updated model 255bhp. 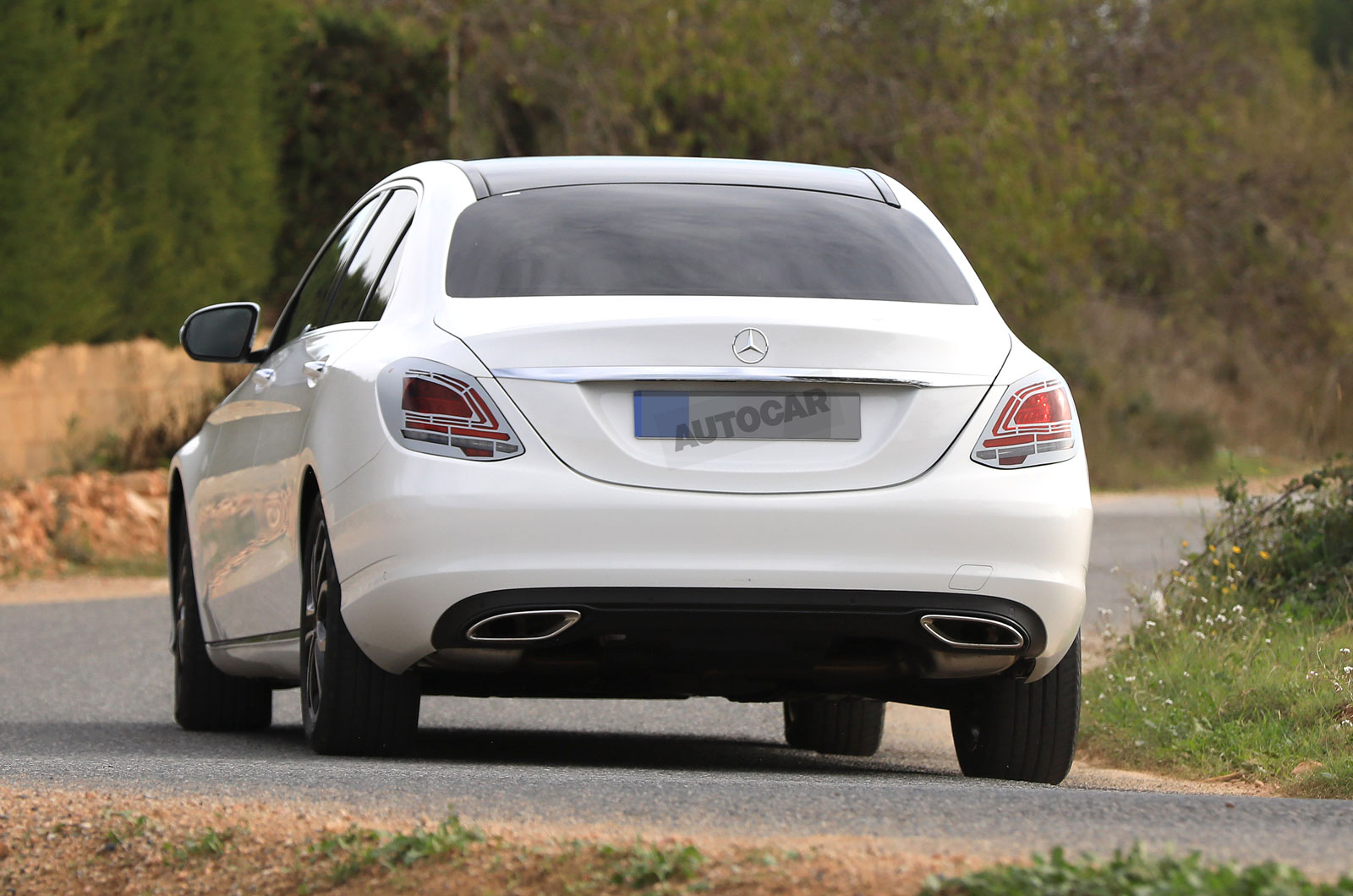 Despite the appearance of a new turbocharged 2.9-litre in-line six-cylinder petrol in the new Mercedes-AMG E53 and CLS53 models, the facelifted C43 will retain the same turbocharged 3.0-litre V6 petrol unit used by today’s model, albeit with a mild increase in power.

At the top of the line-up, the Mercedes-AMG C63 will also receive an updated version of the 4.0-litre V8 engine in use in the existing model, with new twin-scroll turbochargers.

The new engines will be mated to a standard six-speed manual or new nine-speed torque converter-equipped automatic gearbox – the latter of which replaces the seven- speed automatic offered on today’s C-Class. 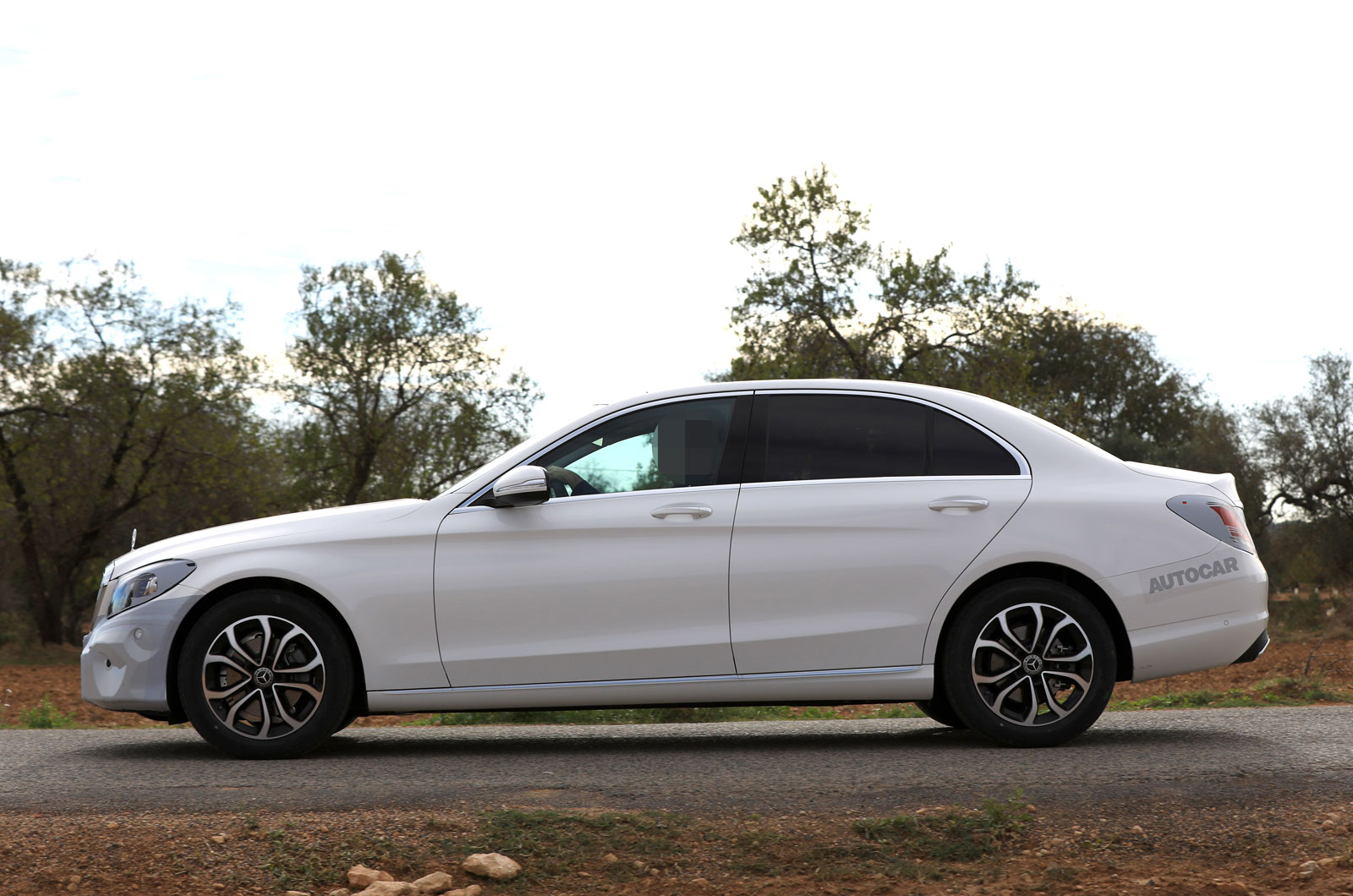 Selected models, including the new C200 EQ Boost, will also get the option of Mercedes’ 4Matic four-wheel-drive system.

Prototype versions of the new Mercedes spied during recent testing reveal that styling changes are relatively minor. Key among them are reprofiled bumpers and a new diamond pattern grille insert for AMG models.

The headlights have been reworked, with new Multibeam LED units offering the same optional Adaptive Highbeam Assist Plus function as on the E- and S-Class. The tail-lights receive new LED graphics.

Mercedes has made more significant changes to the interior. Included are new high-definition digital instruments, a revised multi-function steering wheel with touch-control pads, a larger 10.25in free-standing infotainment display and a touchpad controller within a reworked centre console.

The Comand infotainment system has been updated to the same Generation 5.5 standard as that used by the facelifted S-Class.

The C-Class also gets an optional smartphone integration supporting Apple CarPlay, Android Auto and MirrorLink, as well as a wireless charging pad. Further changes to the interior include revised wood trim elements and a new range of optional seats, including ones with a massaging function.

The adoption of a new electrical architecture has also brought Dynamic Body Control as part of an update to the C-Class’s optional Air Body Control air suspension and a Car-To-X capability that enables over-the-air software updates. Also included are a number of new driver assist systems, such as the latest evolution of Mercedes’ remote parking pilot and a Driving Assistance Package that includes Drive Pilot and Speed Limit Pilot.

The article you have shared here very awesome. I really like and appreciated your work

Instead of having just AMG they should ha 6 cylinder Engine well  4 cylinders. I won't be the C400 is another 4cylinder is not right. BMW has got a 6 cylinder not M3 but straight 6.

Modern lighting technology means cars no longer need massive headlamps, yet Mercedes persists in fitting oversized units then filling them with bits of twiddly plastic. Its hardly a dynamic look, particularly on sporting models such as the GT.