BACK TO ALL NEWS
Currently reading: 2017 BMW X3: images, video and details leak ahead of official reveal
UP NEXT
Alfa Romeo to show new sports car in early 2023

Details of the performance SUV were published on the official BMW Hong Kong site, ahead of its global reveal next week. The site features images, video and specs of the new SUV range.

They show that the new X3 gets a more rounded look than the current car’s angular styling, as well as full LED front and rear lights. 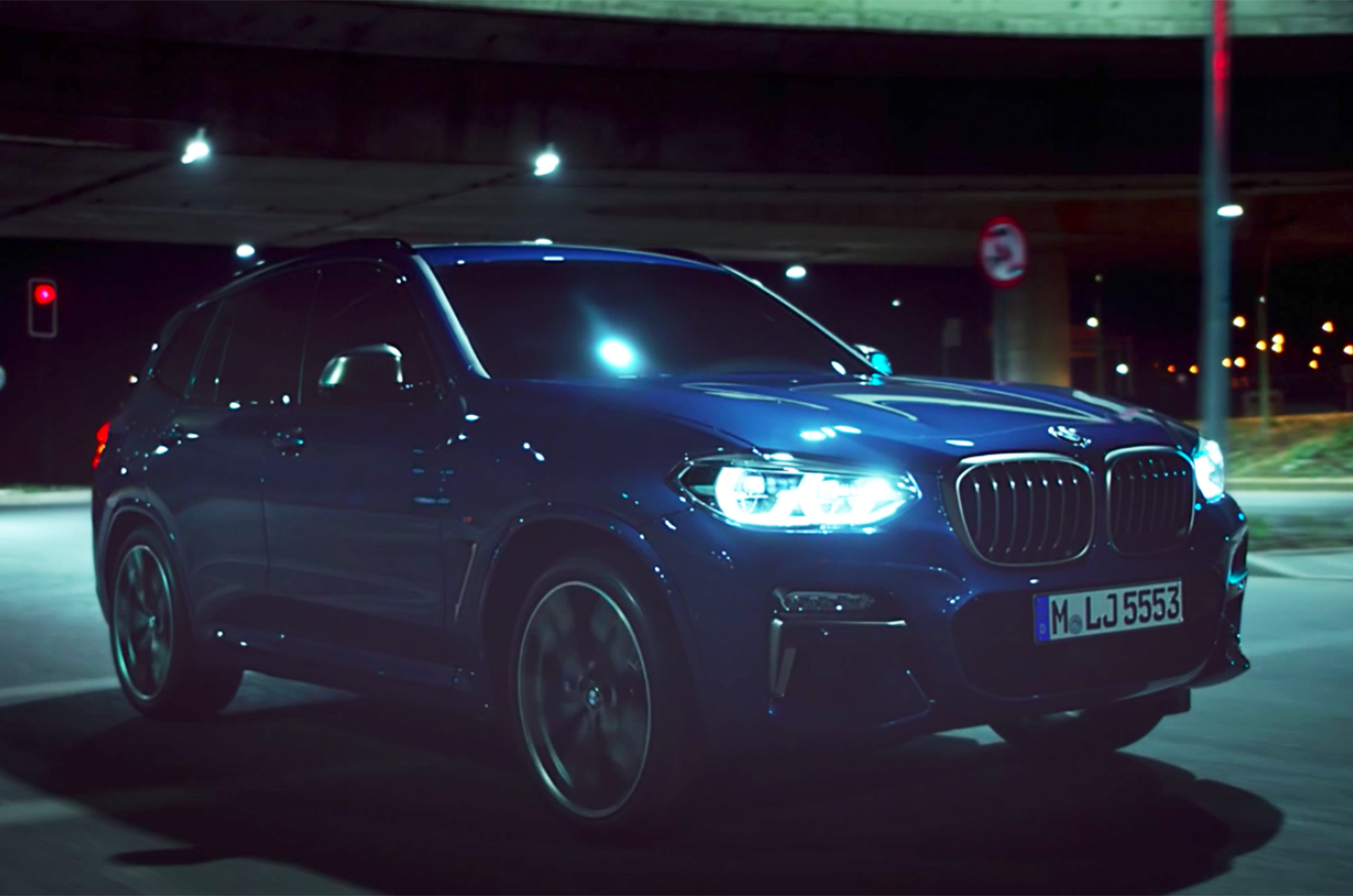 According to the site, there will be three engines available at launch - at least in the Hong Kong market. There will be four and six cylinder diesel-engined variants badged xDrive20d and xDrive30d, along with a sole petrol powertrain, the M40i xDrive.

These lower figures are in part down to reduced weight and improved aerodynamics, although the leak stops short of putting numbers to the claims. More aerodynamic wing mirrors are also claimed to feature.

The 155mph X3 M40i xDrive has specially-tuned M Performance suspension and steering, as well as exclusive grey paint and 21in double-spoke M alloys. Its performance tops that of the Audi SQ5, which reaches 62mph in 5.4sec; half a second slower than the BMW. The two cars have an identical 369lb ft of torque, but the SQ5 has 6bhp less. 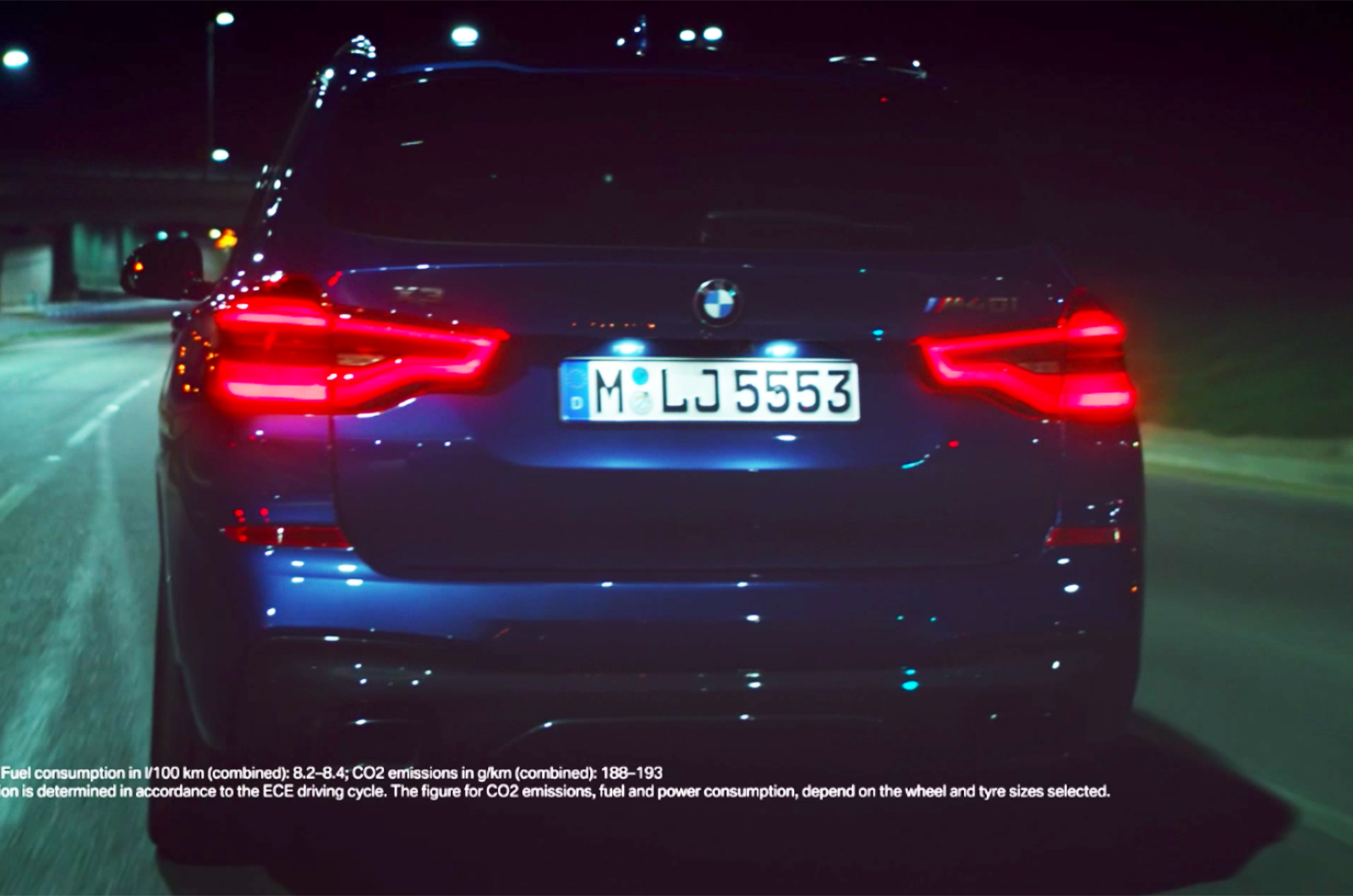 The leaked video suggest that semi-autonomous systems could feature: the driver is shown taking his hands off the wheel, although the systems do not seem to be at the same level as the hands-off technology set to be featured in the upcoming Audi A8.

A tailgate operated by waving a foot under the corner of the car, as well as a large head-up display and button-operated folding rear seats are shown to be available in the car’s range, but the car’s equipment levels have not been revealed. The site does suggest that an electric bicycle is also available as an accessory for the SUV.

2018 BMW X7 concept to be revealed this September

Yawn - another day, another

Yawn - another day, another BMW which looks just like its predecessor.

We'll all be seeing these soon enough, 2 inches from your back bumper at 90mph on the motorway with it's main beam on.

It's really a Ford

Remember the Ford Mondeo? It replaced the Sierra which if I am not mistaken replaced the Cortina. Blue collar workers aspired to owning those Fords, they were some of the biggest selling cars of their time. BMW replaced these Fords initially with the 3 Series, and the rest is history. BMW decided to become a 'volume' player, and the quality went down (as evidenced most dramatically by the interiors and reliability). We have a Porsche Cayman, and a VW Golf and a Honda in our household, and all have better reliability and interiors than the M3 (the Porsche significantly). But the BMW is maintenance free and cheap to lease, so it sells in droves. Like I said, its the modern day Ford for the working classes. Rightly or wrongly this latest version will sell in droves.
View all comments (13)