BACK TO ALL NEWS
Currently reading: Secrets of their success: ExcelR8 Motorsport on BTCC
UP NEXT
Fisker goes radical with Pear EV SUV

Secrets of their success: ExcelR8 Motorsport on BTCC

BTCC newcomers became race-winning championship contenders in a single season. We find out how they did it
Open gallery
Close

When British Touring Car Championship front-runner Tom Ingram announced he was leaving Speedworks Motorsport back in December, there was widespread surprise among fans of the series.

Ingram had joined the team for his BTCC debut in 2014, and the partnership progressed from being a solid midfield outfit to front-running force across seven seasons together.

Differing commercial requirements between team and driver left Ingram to consider his options for this year, but he was understandably a driver in demand given his success on track over recent seasons.

In the end, a multi-year deal was signed with ExcelR8 Motorsport. These relative newcomers to touring car racing joined the grid for the first time as recently as 2019. The Suffolk-based outfit had shown glimpses of potential in 2020 after bringing the Hyundai name into the BTCC with the new i30 Fastback N, but was still something of an unknown quantity – and the only team on this season’s entry list without a BTCC win to its name.

Signing Ingram, as well as doubling in size from two cars to four, was seen as a signal of intent, but there were still plenty of questions about whether or not it was the right deal if Ingram was to add to his win tally and challenge for silverware. 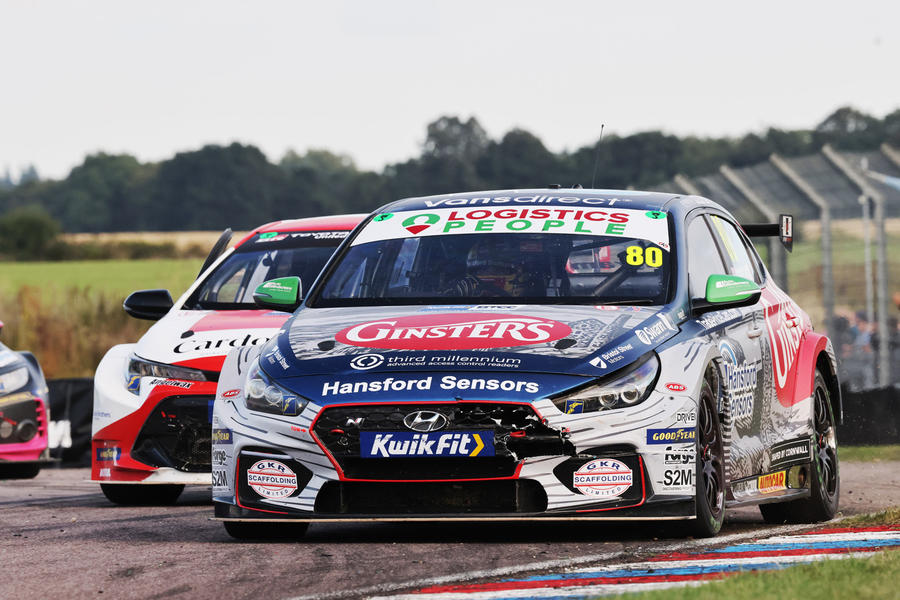 Fast forward to the start of autumn, however, and as the BTCC speeds towards the final stages of the campaign, the decision has more than been vindicated. The Hyundai is now a proven race winner, and Ingram is firmly in the mix for the title as he seeks to wrest the crown from defending champion Ash Sutton.

The rapid progress ExcelR8 has made over two and a half seasons in Britain’s most popular race series has been impressive, but it should come as little surprise given the success it has enjoyed since being founded by Justina Williams and husband Antony back in 2010.

In its debut season on track in the Mini Challenge, ExcelR8 carried Luke Caudle to the JCW title. The team went on to defend it 12 months later with Chris Knox, who then won again in 2014. Success would keep on coming in both the JCW and Cooper classes, meaning ExcelR8 would go on to win everything there was to win in the Mini Challenge. With a desire to show what the team could do at a higher level, the BTCC was the logical next step.

“From the moment we founded ExcelR8, we had a drive and desire to be successful,” says Williams. “Unlike some other team bosses who had grown up around racing, my background was in business and customer service. We adopted a different approach to a lot of rivals.

“Of course, we wanted to fight for race wins and championship titles as soon as possible, and from our first season we were able to achieve that goal. However, it was also important for us to make sure that the team was sustainable and successful off track.

“We put a huge amount of work into ensuring that ExcelR8 was able to operate as a successful business, and having provided a strong platform for our commercial partners through our success with the Minis, a move up to touring cars was something we were aiming for when the time was right.”

The introduction of a new licence system for the BTCC meant it wasn’t until the 2019 season that the opportunity would come around, with the team able to secure two licences from AmD Tuning along with a pair of ex-works MG 6 GTs.On track, it would prove to be a challenging season as rookie driver pairing Rob Smith and Sam Osborne managed just a single points finish apiece, but behind the scenes the seeds were being sown on the plans that would allow ExcelR8 to show its true potential. 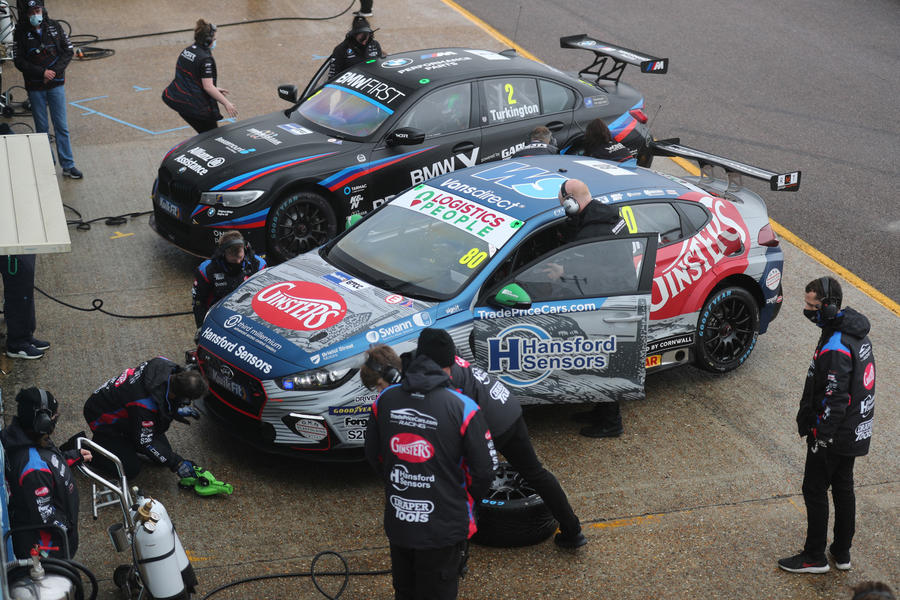 “We had been keen for some time to move into touring cars but it was all down to being able to get the licences to join the grid,” continues Williams. “We had looked at the possibility of acquiring an existing team but the deal wasn’t right, and then the opportunity came along to buy the two MGs.

“We knew that the cars weren’t as competitive as they had been when they first competed, but they were the ideal platform for us to join the grid and gain valuable experience of what it takes to be successful in the BTCC. We had shown we could win races and titles in the Mini Challenge, but touring cars was a whole new level. We had to learn quickly.

“It was a steep learning curve, but from a commercial perspective it was a success. Being awarded a ‘Spirit of the Championship’ award at the end of the year for the way we presented ourselves was an indication that we had made the right move.”

With the MGs heading into retirement, ExcelR8 then brought the Hyundai name into the BTCC for the first time in 2020, building a pair of i30 Fastback Ns that would be driven by the experienced pairing of Chris Smiley and Senna Proctor.

A podium finish in the first meeting of the year showed there was potential in the car, and a further top-three finish followed at Knockhill, although the team was hampered somewhat by the arrival of Covid-19. Testing opportunities were hard to come by and the shortened nature of the season – which would be packed into a condensed period between August and November – meant the car was largely developed in the public eye.

A tie-up with Trade Price Cars at the end of the year resulted in the team doubling in size to four cars for this season but it was the signing of Ingram – as well as his long-time engineer Spencer Aldridge, known as Spenny – that would raise expectations going into year three. Ingram himself was always confident that the move to ExcelR8 would be the correct one, and it only took until the second round of the year at Snetterton before he was on the top step of the podium. 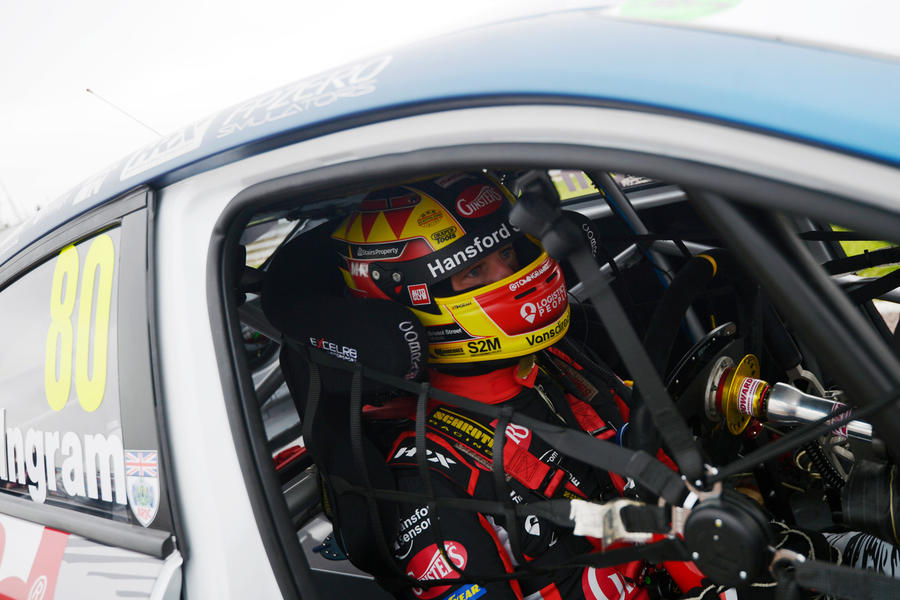 “When I first spoke to Justina about a deal, it felt like ExcelR8 was a perfect fit, in terms of what they could offer on track, and also from a commercial perspective,” he says. “As humans, we can be scared of change, but I think change can be a good thing and it brought with it added desire to do the best job possible for a new team. I knew the car had potential from last season, and working with Spenny and the team, we have been able to develop it further to now be in a position where we are right at the sharp end in the standings.

“Getting the first win under our belt was a really special feeling, particularly when it came at the home circuit for the team. It was important that we then went on to win elsewhere as it showed the progress we are making, and it leaves me excited about the rest of the season, and beyond.”

Whether or not Ingram is able to beat the likes of Sutton and Colin Turkington to add a first BTCC title to the 27 now won by ExcelR8 in the Mini Challenge remains to be seen, but it won’t be for a lack of effort from the team working behind the scenes.

“When Tom signed the deal to join us, I know there were people who had doubts about whether it was the right decision for him to switch to a ‘newish’ team,” says experienced BTCC team manager Marvin Humphries. “However, we were able to attract a driver like Tom because he could see the potential of both the team and the car, and the belief and desire there is to be successful.”

“I remember the first conversation when I joined the team in 2010 mentioned touring cars, and I never had any doubts about it coming off because of the passion and the drive of everyone involved,” adds Daniel Bishop, a partner and member of the engineering squad.

“A huge amount of work has gone into putting the right people in place so we could become a race-winning touring car team, and I think we can all be proud of what we have achieved in a relatively short space of time.

“We are in this position because it’s where we believe we should be, and we’ll keep pushing hard to try and end the year with a title.” 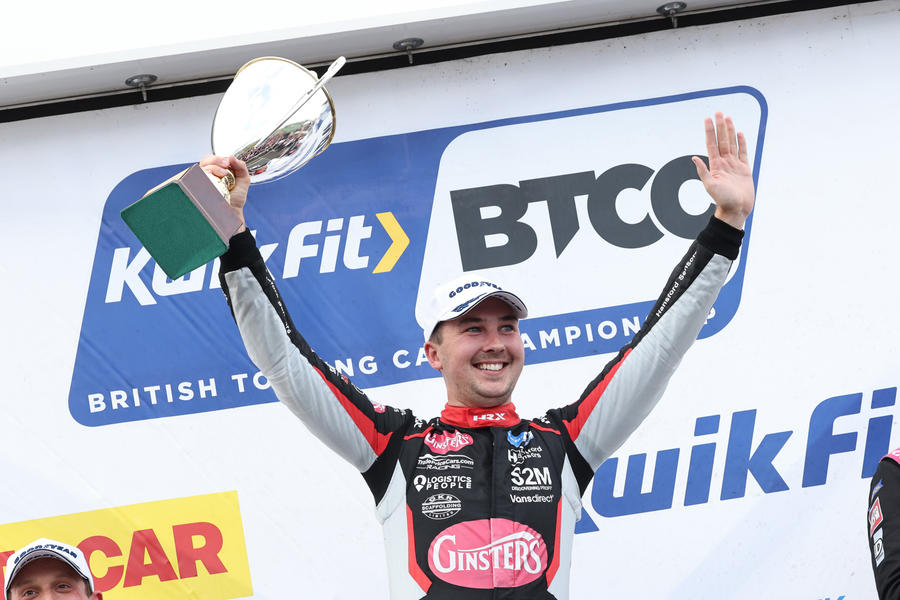 Tom Ingram’s maiden victory for ExcelR8 at Snetterton made Hyundai the 30th different manufacturer to win a British Touring Car Championship race – a list that includes a number of surprises. You won’t find any at the top of the charts: before last weekend’s action at Croft, Ford led the way on 258 wins (many scored during the dominant era of the Sierra Cosworth), followed by Honda (186), Vauxhall (138) and BMW (127).

You might be surprised to find Chevrolet fifth on the winners’ list with 80 wins, thanks to success in the early days of the championship and the strong form of the RML-run works team that secured the 2010 title with Jason Plato. But it’s the three marques with just a single BTCC win that surprise most: Aussie firm Holden, Sunbeam and Borgward...

How about some ethnic minorities en Le BTCC ?

But, does it really matter what brand of car shape is on top of the racing chassis and the engine doesn't share much in common with our daily driver?, it's how good the driver is and Tom Ingram fits the bill.