BACK TO ALL NEWS
Currently reading: Official: Fernando Alonso to return to F1 with Renault in 2021
UP NEXT
Are e-scooters legal in the UK?

Double world champion Fernando Alonso will make a surprise return to Formula 1 with Renault next season, the French manufacturer has confirmed.

The Spaniard will return to the category after a two-year hiatus with the team for which he secured his two world titles in 2005 and 2006. Seventeen of Alonso’s 32 F1 race wins came driving for Renault, and this will be his third stint with the team.

Alonso, who turns 39 later this month, will replace the McLaren-bound Daniel Ricciardo alongside Esteban Ocon.

Cyril Abiteboul, the boss of Renault's F1 team, said: “The signing of Fernando Alonso is part of Groupe Renault’s plan to continue its commitment to F1 and to return to the top of the field. His presence in our team is a formidable asset on the sporting level but also for the brand to which he is very attached."

Abiteboul called the signing "a bold mutual choice as well as a project for the future." While Renault has only confirmed Alonso's seat for next year, Abiteboul suggested the signing was made in part to help prepare for the radical new rules package due to arrive the following season, saying that Alonso's "mission will be to help Renault DP World F1 Team prepare for the 2022 season in the best possible conditions.”

Renault F1 boss: 'we will not be able to hide forever'

Alonso said: “Renault is my family, my fondest memories in Formula 1 with my two World Championship titles, but I’m now looking ahead. It’s a great source of pride and with an immense emotion I’m returning to the team that gave me my chance at the start of my career and which now gives me the opportunity to return to the highest level.

"I have principles and ambitions in line with the team’s project. Their progress this winter gives credibility to the objectives for the 2022 season, and I will share all my racing experience with everyone from the engineers to the mechanics and my team-mates. The team wants and has the means to get back on the podium, as do I.”

Alonso began his F1 career with Minardi in 2001 and became Renault’s test driver the following year. He was promoted to a race seat in 2003, with the then-22-year-old taking his first win in that year’s Hungarian Grand Prix - at the time making him the sport’s youngest race winner.

The Spaniard took seven wins in 2005 to claim his first title, ending Michael Schumacher and Ferrari’s five-year run of dominance, and followed up with another seven-win season to retain the championship in 2006. 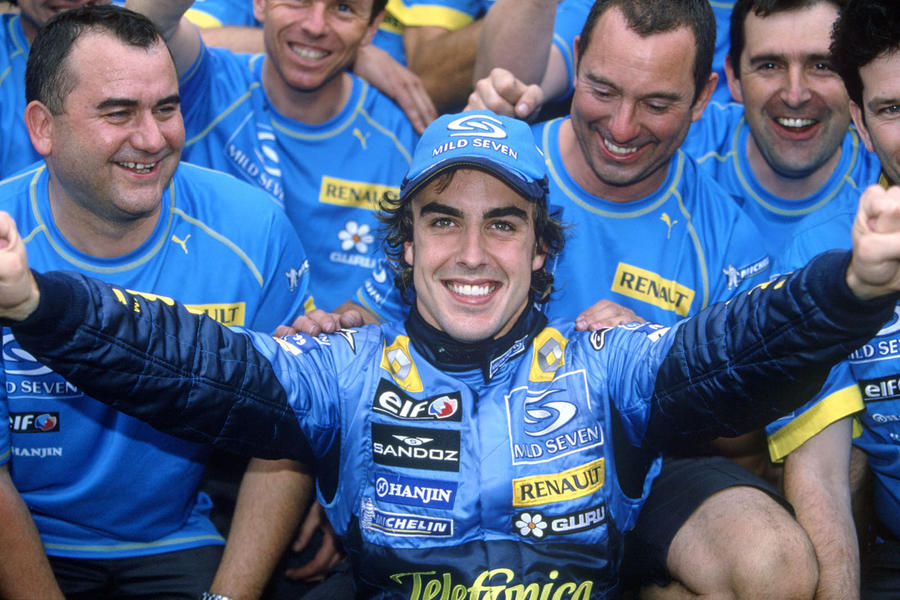 Alonso left Renault to join McLaren for 2007, but his relationship with then-team boss Ron Dennis quickly deteriorated over perceived preferential treatment to rookie team-mate Lewis Hamilton. That left to Alonso playing a role in unearthing the Spygate scandal, and he was released from his contract after a single season, leading to a return to Renault for the following year.

While Renault had fallen off the ultimate pace in 2008, Alonso managed a pair of wins - although his Singapore Grand Prix win came in controversial fashion after team-mate Nelson Piquet Jr was ordered to crash to bring out the safety car at an opportune time.

After a winless 2009 season with Renault, Alonso joined Ferrari, finishing runner-up in the championship three times before his relationship with the Italian team deteriorated. He then made a shock return to McLaren, but the team struggled to be competitive, and after four tough seasons he left the squad – and F1 – at the end of 2018. 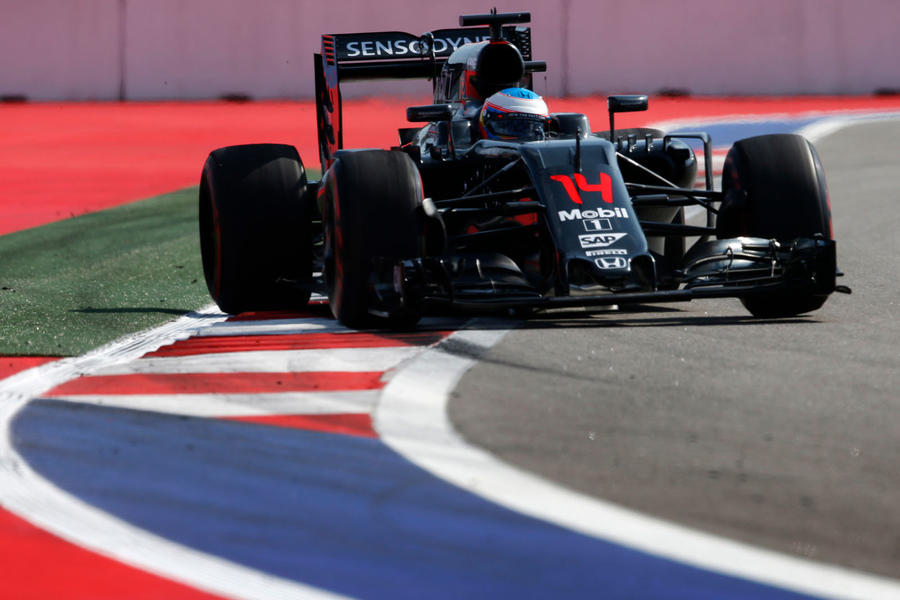 Since leaving F1, Alonso joined Toyota’s sports car racing squad and won the 2018-19 World Endurance Championship and the Le Mans 24 Hours. He also competed in the Indianapolis 500 and the Dakar Rally.

Opinion: should Fernando Alonso be considered an all-time great?

Renault F1 boss: 'we will not be able to hide forever'

Opinion: the trouble with Renault in F1

Makes Danny Ricciardo a genius to decide to leave a team with so little to offer that the best they can do is hire a has been. A bit like Alonso, they can't really make up their mind if they really do want to be in F1

Retired men past their prime don't come back in sport.

Re; Renault and Alonso. Not again!

Yes, it will be. Bet Alonso demolishes Ocon. Like at Ferrari, he was an average 0.5-0.6s per lap quicker than Raikkonen, when Vettel came, the difference was less than half that.Along with Hamilton amd (maybe Verstappen), Alonso is still the best F1 driver out there