BACK TO ALL OPINION BLOGS
Currently reading: Should Fernando Alonso be considered an F1 great?
UP NEXT
Opinion: Why the Festival of the Unexceptional is an annual highlight

Should Fernando Alonso be considered an F1 great?

Fernando Alonso will retire from Formula 1 at the end of this season as one of the most successful drivers in the history of the sport. And yet it’s hard not to reflect on the Spaniard’s career as a case of promise unfulfilled. To explain that apparent paradox is, a bit like Alonso himself, complicated.

First, the statistics. Barring miracle performances from McLaren-Renault in the final nine races of the season, Alonso will finish his F1 career with 32 wins (sixth in the all-time list), 97 podiums (also sixth most of all time), 22 pole positions and 23 fastest laps. And, of course, two world championships.

That’s a pretty fine career, all told. The conundrum is how many more wins, podiums, poles, fastest laps and championships Alonso could — or should — have scored, especially given his rise to prominence.

Alonso shot through the ranks and, by his third season of car racing, was in F1 driving for Minardi in 2001. He switched to Renault as a test driver in 2002, securing a race seat with the team — at the expense of Jenson Button — in 2003. He claimed his first victory — becoming F1’s then youngest race winner — in Hungary that year. 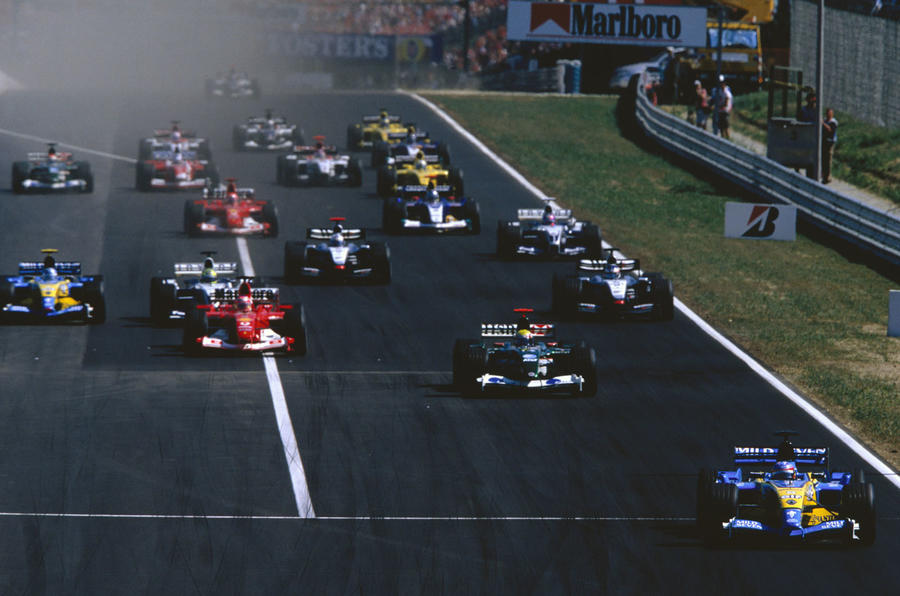 Alonso realised his potential in 2005, claiming the championship with seven race wins, ending Michael Schumacher’s run of five consecutive titles. He defended his crown the following year in even more impressive fashion, battling with Schumacher for much of the year. 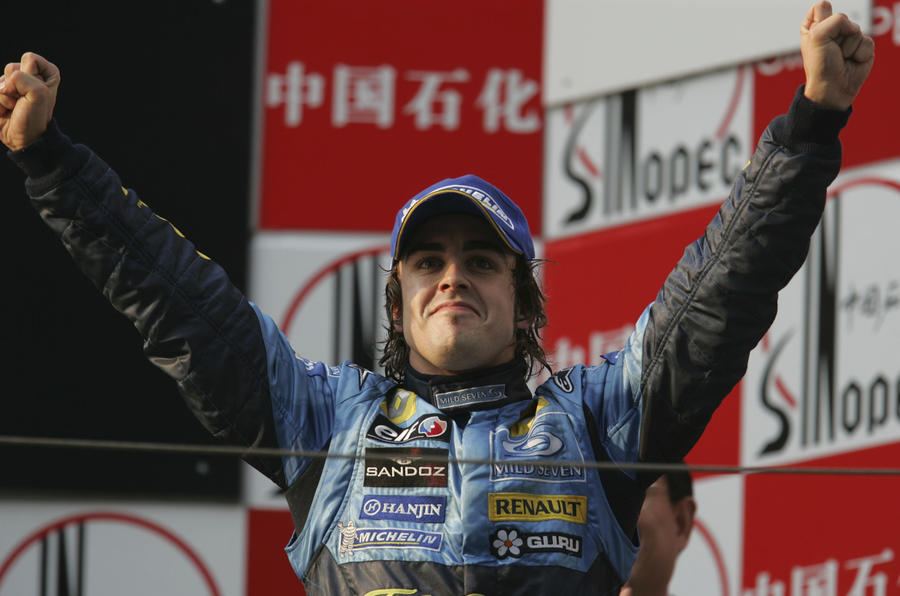 By the end of 2006, Alonso was 24 years old and already a double world champion — and poised to take Schumacher’s mantle as F1’s dominant force. Except that’s not how things turned out.

Alonso left Renault for McLaren in 2007. But he struggled to match the pace of rookie teammate (and long-time McLaren-backed driver) Lewis Hamilton. Rising tensions between the two spilled over at that year’s Hungarian Grand Prix and Alonso’s subsequent row with team boss Ron Dennis played a huge role in the emergence of the ‘spygate’ scandal, when McLaren staff were found to have received technical information from Ferrari. The McLaren infighting allowed Ferrari’s Kimi Räikkönen to snatch that year’s title. 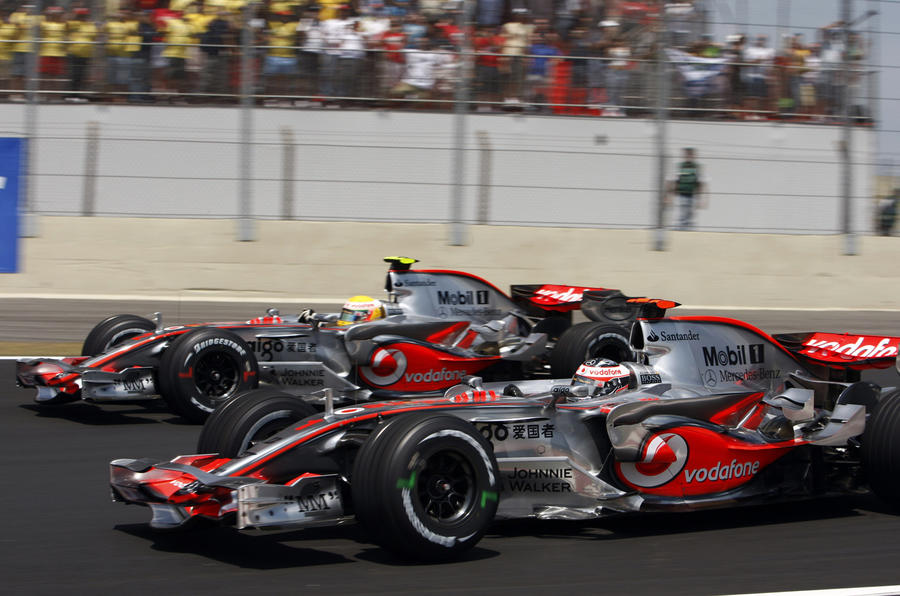 Alonso rejoined Renault for the following two seasons, but the team had fallen down the grid and Alonso claimed just two opportunistic wins. Those included the 2008 Singapore GP and came after teammate Nelson Piquet crashed deliberately to bring out the safety car (Alonso was cleared of any involvement).

Much was expected when Alonso joined Ferrari in 2010, seemingly the talismanic driver the team had been searching for since Schumacher retired. Alonson had control of the team (remember the ‘Fernando is faster than you’ team orders row in the 2010 German GP, pictured below?) and finished a narrow runner-up in the points three times, but his frustration at Ferrari's inability to produce a car that matched the best on the grid soon grew. 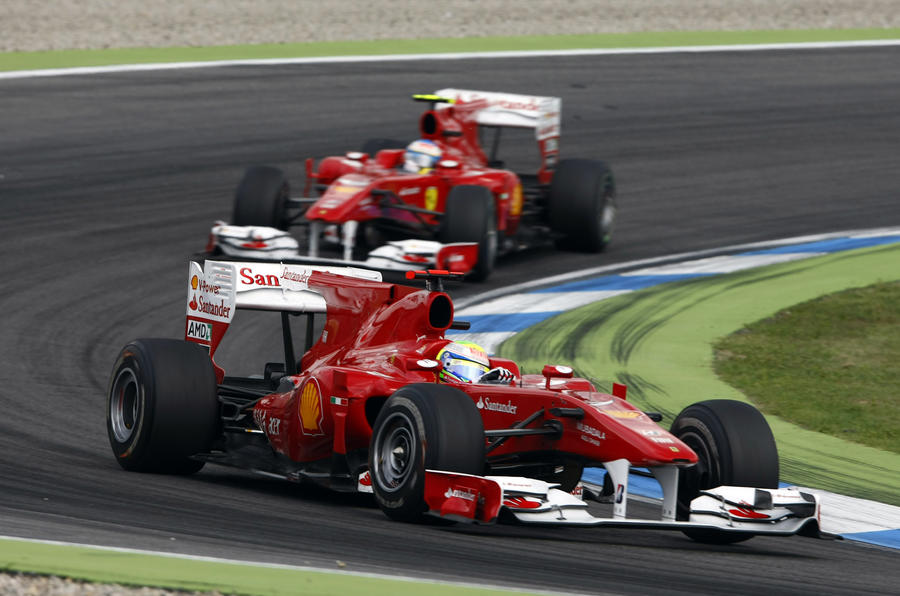 When Ferrari found itself off the pace in 2014, the first year of F1’s 1.6-litre turbocharged hybrid engines, Alonso had had enough and forced his way out of the team, which quickly snapped up Sebastian Vettel as his replacement.

That left Alonso to make a shock return to McLaren, believing that the team’s reunion with engine supplier Honda would make them title contenders. Instead, Alonso has spent four years growing increasingly frustrated while battling for scraps; he hasn’t finished higher than fifth. 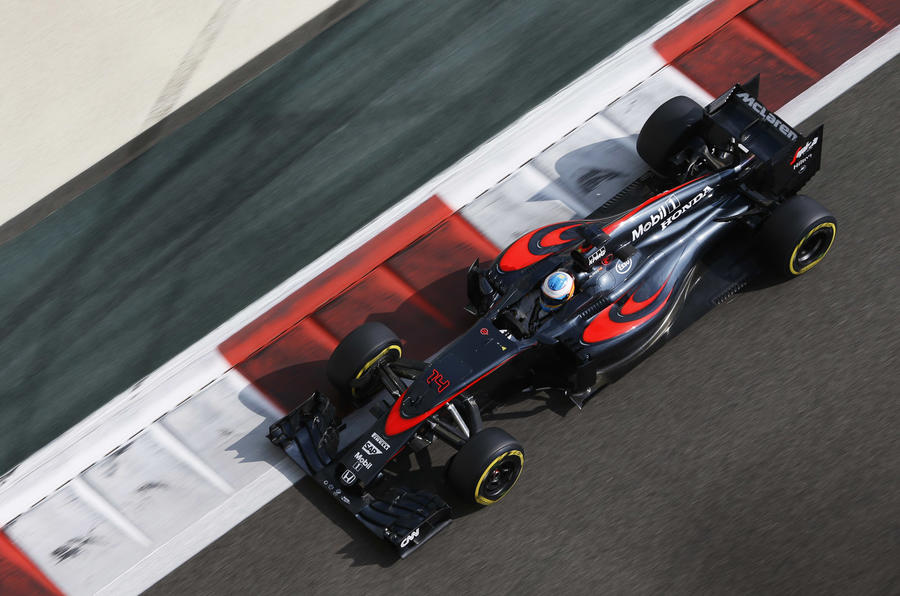 That’s not a reflection of Alonso’s talent; at 37, he remains one of F1’s best drivers. He may not be as ultimately fast as Hamilton, but he’s arguably more complete. His race craft, intelligence and engineering knowledge have enabled him to outperform his car on numerous occasions.

Of course, the complication is that Alonso’s total focus on success, and singular vision in how to achieve that, also made him difficult to work with — and that hurt his career by eliminating his chances of securing drives at most top teams.

Alonso finished a close second in the championship three times. Had a few events gone his way, he could have won five titles. Had he made better career moves, there could have been even more.

Ironically, Alonso’s toil at McLaren since 2015 — his commitment to pushing as hard as possible despite inferior equipment — has transformed his reputation among F1 fans that, for many, was shaped by his intense demeanour and involvement in numerous controversies.

Alonso also showed his passion in recent years by looking away from F1. He skipped the Monaco Grand Prix to race in last year’s Indianapolis 500 and is racing for the works Toyota team in the FIA World Endurance Championship, winning this year’s 24 Hours of Le Mans. It’s likely that Alonso’s immediate future will involve both IndyCar and sports cars.

His departure from F1 (for now, at least — he has hinted that he could be open to return) is a huge loss to the category. For 17 years, he was one of its most compelling characters and one of its most successful drivers. Even if he could and perhaps should — and definitely deserved to — have achieved so much more.

Fernando Alonso to leave F1 at the end of the season

All this talk of retirement is premature; he's merely moving to another series. Most likely either WEC or Indycar.....

Of course, he is.

Of course, he is.

...No, not when he couldn't or wouldn't fight it out with Lewis and sought solace with Ferrari, then....