BACK TO ALL NEWS
Currently reading: Toyota wins Le Mans again despite late drama
UP NEXT
Prodrive P25 is uprated Subaru Impreza 22B with 400bhp

Toyota took full advantage of its open goal to win a second consecutive Le Mans 24 Hours on Sunday. But even without opposition in the top LMP1 hybrid class, the Japanese manufacturer offered a story befitting its 30-year drama-filled epic at the great endurance race.

López had just pitted with just over an hour to go of the 24 hours when a sensor reported a puncture to his front-right Michelin. As it turned out, it was his right-rear tyre that had failed, and the Argentinian was forced to pit again – handing victory to Alonso, Buemi and Nakajima.

This marked a second consecutive Le Mans victory for the trio and confirmed the World Endurance Championship 2018/19 ’super season’ title that would have been theirs anyway had they finished in the runner-up position they truly deserved on this occasion. It means Alonso adds a third FIA world title to the pair he won in Formula 1 with Renault back in 2005 and 2006.

The puncture robbed the #7 crew of a win that had been theirs on merit. From pole position, they had an edge on their team-mates and rivals, with Conway in particular putting in a performance that suggests he is the world’s top sports car driver at this moment in time. But he is yet to boast the Le Mans victory his talent deserves. 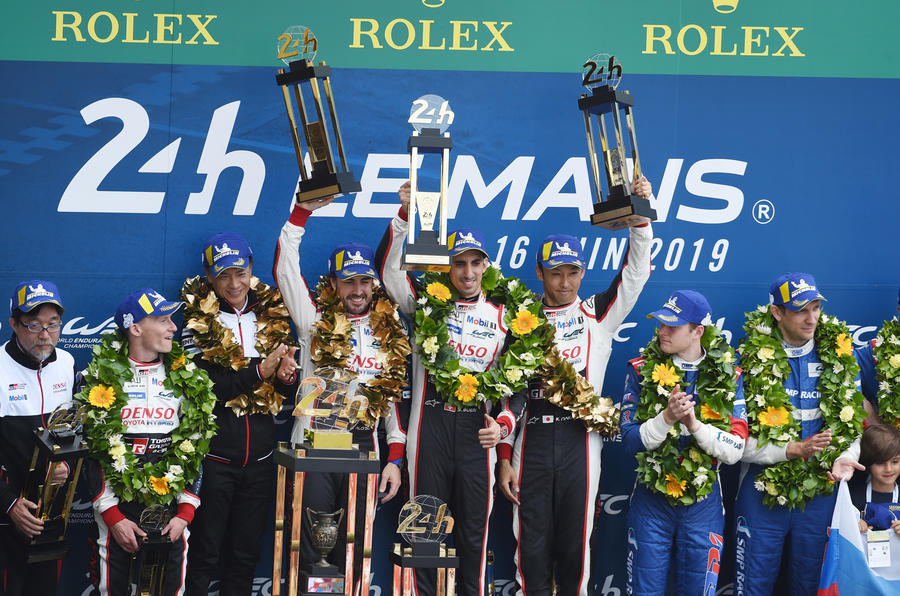 Ferrari beat Porsche to class honours in the hardest fought category at Le Mans, as GTE once again offered the best racing at the 24 Hours.

Briton James Calado – a lost Formula 1 talent if ever there was one – spearheaded AF Corse’s victory, joined by Italian Alessandro Pier Guidi and Brazilian Daniel Serra. The trio in a 488 GTE saw off a double Porsche assault from Gianmaria Bruni, Richard Lietz and Frédéric Makowiecki in the #91 911 RSR and Michael Christensen, Kévin Estre and Laurens Vanthoor in the #92 car.

There was heartbreak for both Corvettes on the 20th anniversary of Chevrolet’s modern-day Le Mans programme following accidents, and likewise for Aston Martin, with both Pro-class Vantage entries falling within 20 minutes. 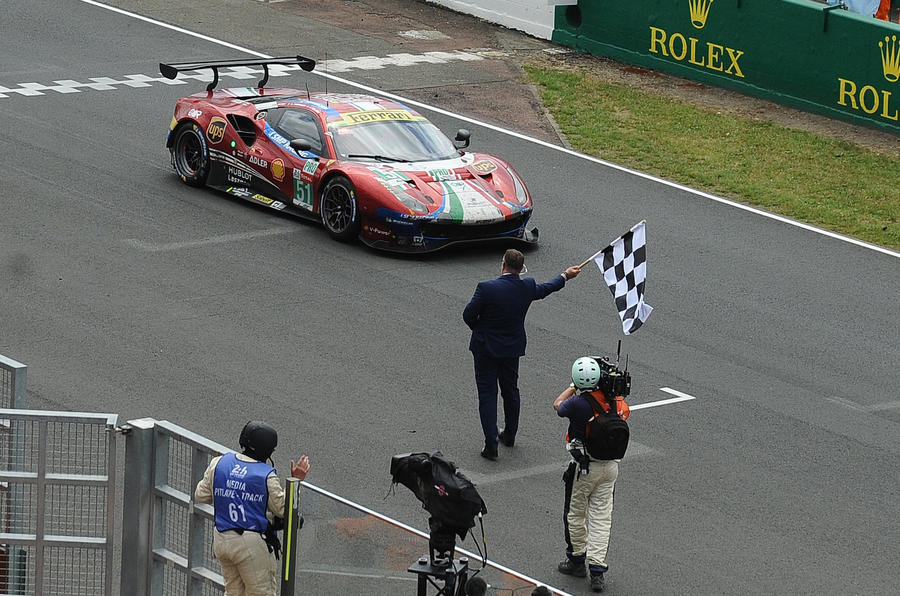 Ford signed off its GT programme at Le Mans without a podium in the Pro class, but all four entries at least made the finish, in fourth, fifth, sixth and seventh in class.

But there was joy for the Keating Motorsports team – the first to run a privateer Ford GT – in the Am class as Jeroen Bleekemolen, Ben Keating and Felipe Fraga claimed victory in their luridly purple and orange Wynn’s-liveried car. 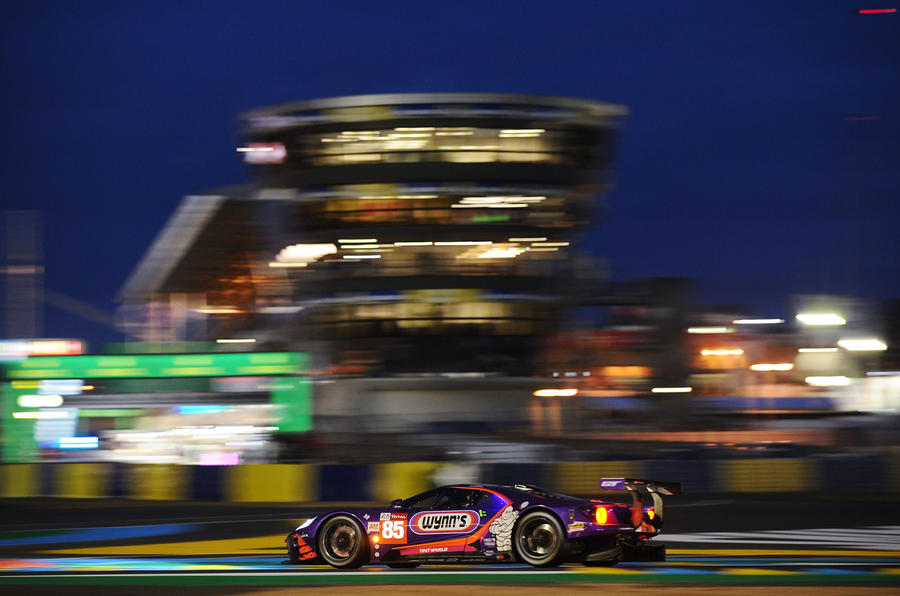 In the secondary prototype class, Frenchman Nicolas Lapierre kept up his remarkable four-race unbeaten run at Le Mans by helping the Signatech Alpine team to a third class victory in four years. He was joined by team-mates André Negrão and Pierre Thiriet.

The trio benefitted from the misfortune that befell the G-Drive entry headed by ex-F1 star and current Formula E champion Jean-Éric Vergne.

The team that was disqualified from LMP2 victory last year for using an illegal refuelling rig dominated the class this time until the 19th hour, when a starter motor problem at a pitstop cost the entry 20 minutes – and robbed it of a victory that Vergne had described as potential “revenge” for the disappointment of 2018.

Aston Martin Valkyrie will race at Le Mans in 2021

Opinion: why hypercars are the future at Le Mans

Please get it right:

GT Pro was probably the most cometitive class this year, so due credit.

Celebrate the Brit shared podium - Nick is from Bedfordshire and won LM outright in 2015 with Earl Bamber & Nico Hulenberg.

Not really a race then?

If there wasn’t much competition for the winners, then it’s a bit of a hollow victory.