A Bugatti Chiron would need another 500bhp to match the £500k Rodin's power-to-weight ratio. Does this make it a Formula 1 car for the merely very wealthy? We drive it in New Zealand to find out
Open gallery
Close

When people talk about a breathtaking experience, what they usually mean is that it was highly memorable. And driving the Rodin FZED was clearly that. But it was also breathtaking in the most literal sense: when I was finally allowed to let the car rip, I either momentarily lost the ability to breathe or simply forgot to do so. Weeks later, it’s still not entirely clear.

But that’s what happens when an engine making 675bhp is allowed to power a car weighing 609kg. For the world’s fastest road car, the 300mph Bugatti Chiron, to match the FZED’s power-to-weight ratio, it would need – wait for it – another 500bhp.

Rodin Cars’ founder, Australian businessman David Dicker, reckons the FZED is the closest thing you can buy to a Formula 1 car while still keeping costs within the reach of the merely very wealthy, rather than the fabulously rich. The FZED costs around half a million quid, which isn’t much more than one of the more expensive GT3 race cars you can buy, and its 3.8-litre Cosworth V8 will go 3000 miles between rebuilds – after which you will probably need rebuilding too.

It doesn’t require an army of boffins to fire up and even very tall, middle-aged men can be made to feel entirely comfortable within its confines and not in the least bit ridiculous. 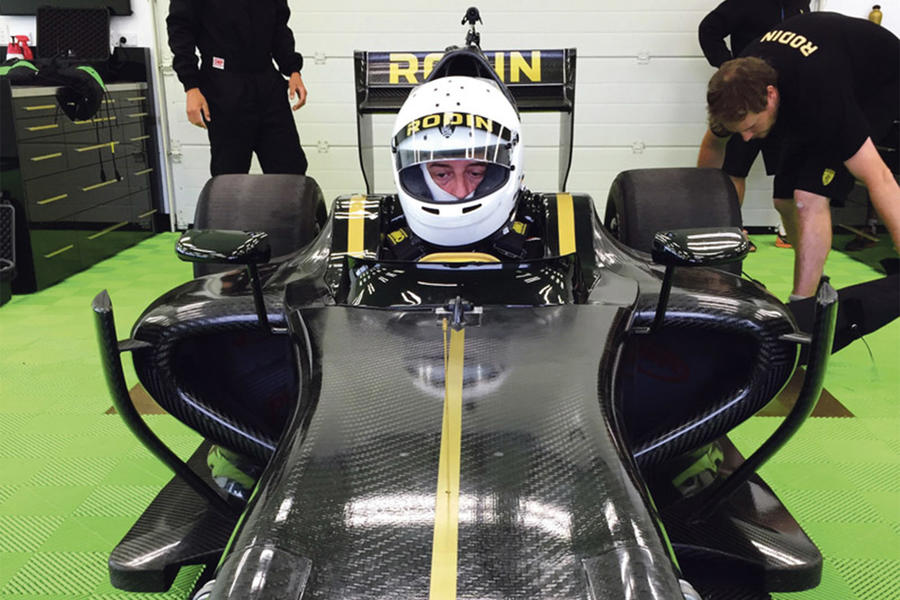 The car started life in 2011 as the Lotus T125 project. After that stalled, Dicker bought five unsold chassis and set about turning them into FZEDs. By replacing as much of the car as possible with titanium printed in-house, including every single fixing, he managed to carve more than 40kg out of the already flyweight 650kg Lotus. The engine has more power for fun yet develops it at lower revs for reliability. The entire management system is new and aimed at making the car far more drivable. There’s also a new pedal box, seat system, clutch actuator, steering wheel and so on and on. The car is now a very different beast.

The only problem is that if you want a test drive, you need to go to New Zealand’s South Island and visit the extraordinary facility that Dicker has had built there, which includes three test tracks, a factory containing some of the most advanced titanium 3D-printing machines in the world and a full pits complex with garaging and hospitality. This guy is serious.

Dicker will fly you out, put you up and provide you with an instructor: affable, unflappable Aussie racer Mark Williamson, who will then spend two days with you until he feels you’ve seen and done enough to be let loose in an uncorked FZED.

To give you some idea of the level you need to reach, you learn the track in a derestricted McLaren 570S GT4 racer. It’s some trainer. After at least two stints in that, each comprising dozens of laps, you do the same all over again in a Dallara Formula 3 car – because if you don’t do that and therefore fully acquaint yourself with the dark art of downforce, there’s literally no point even sitting in the FZED. After each session, Williamson assiduously talks you through the telemetry data and on-board camera footage. You’ll then get two sessions in said FZED, one using about 80% revs and throttle, one unlimited. And if, after that, you buy one, Rodin will knock the entire cost of the trip off the purchase price. 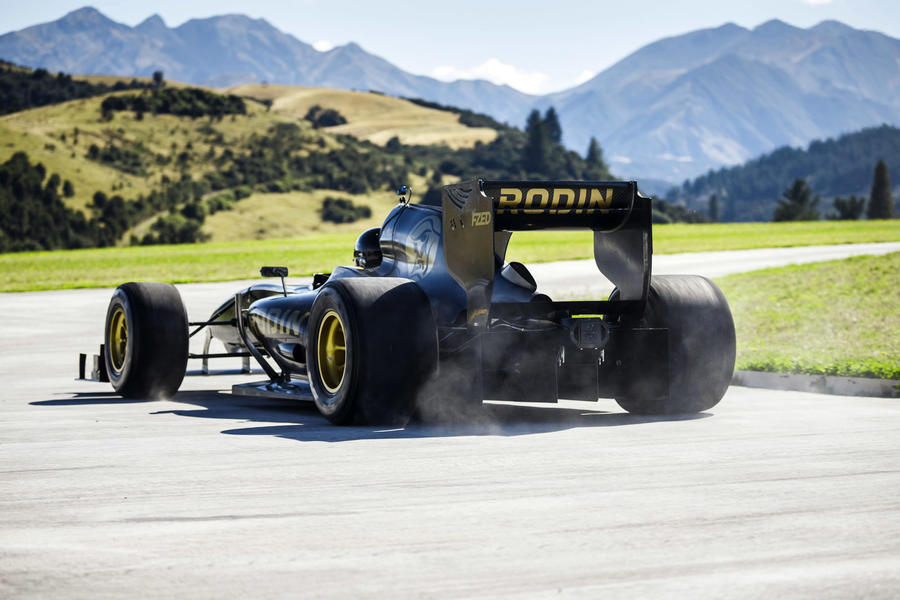 So, and because space is short, we’ll skip the build-up. Imagine that you’re now in the FZED, fully trained and immensely comfortable, because your seat has been made for you and you alone. You hold the titanium steering wheel and as the external starter spins the engine, you catch it on the throttle and hold it at a deafening 4000rpm idle. The clutch is operated by hand, which I don’t like, but there’s space for only two pedals and your left foot has to operate the carbon-carbon brakes.

For the first two laps, all you think about are those brakes. They aren’t like carbon-ceramic items: if they don’t have temperature, they don’t work. At all. So you drive with both feet on both pedals, accelerate up to 120mph and then brake harder than you’ve ever braked in a road car until they start to respond.

But the massive Avon slick tyres have been in blankets for hours and you don’t want to lose that heat, either, so as soon as you’re happy with the brakes, you go.

The acceleration is such that it actually redraws the circuit for you. In the McLaren and Dallara, the track has quite a long straight; in the FZED, there isn’t one at all. Training means your fingers automatically tug the right lever four times, but the acceleration from, say, 60mph to 170mph is such that you have no time to even think about it, let alone savour it. You come out of the corner, the world goes stark, staring mad and you brake. That’s it.

Except it’s not because, compared with what it’s like under braking, the FZED’s acceleration is quite sane. Under full braking from more than 170mph, the combined effects of the downforce and those brakes are such that I’ve experienced less physical violence while crashing. One reason your belts are done up so tight that breathing becomes difficult is that you would be black and blue for days were they not. You could probably snap a rib or two for good measure as you’re slammed forward. But you must remember to back off the brakes as the downforce bleeds away, else you’ll be left with mechanical grip alone and staring at two stationary Avons while still doing 70mph. 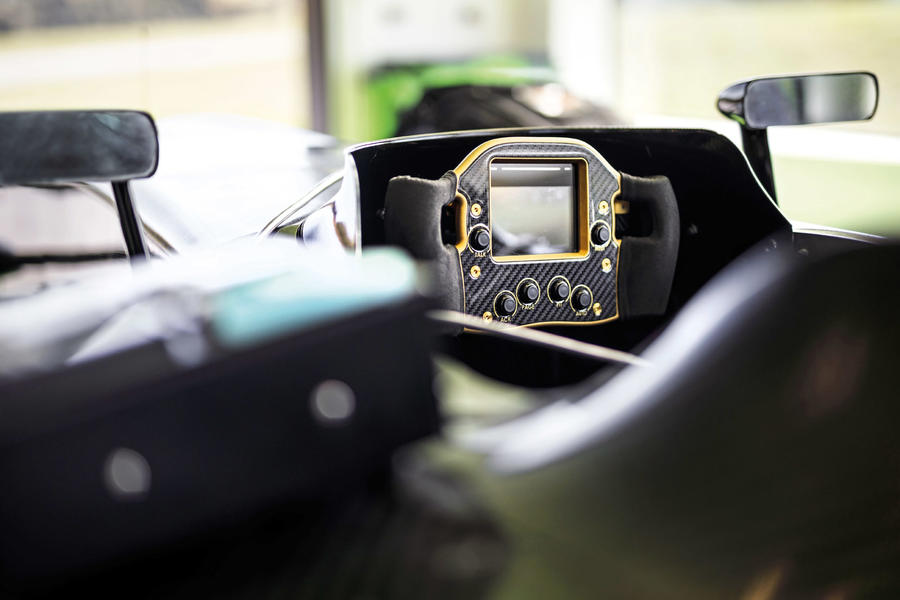 Corners are actually easier than expected. The FZED has a brand new, Öhlins-based damper system, because Dicker thought the Lotus set-up wasn’t fit for purpose. And somewhat to my surprise, you can slide the car around a bit in the slower turns. The steering is light, hyper-accurate and thunderbolt-fast.

In the quick bits, you just have to commit, and do so at turn-in speeds that have genuinely never occurred to you before. And then you have to control the throttle. Try to balance the car in the way that comes naturally to people like me, who race historic cars, and the resulting fore-and-aft pitch will play havoc with the floor under the car, from where most of the downforce is extracted. So that’s a bad idea.

I never found out how close to the car’s limits I came. I posted decent times in the McLaren and Dallara but was miles off in the FZED. I like to think I lost out mainly through failing to understand its unfathomable braking performance, but maybe not. Then again, if, as a prospective owner, I’d boarded the plane home from New Zealand feeling I already knew all there was to know about this car, I’d probably not buy one. As it is, you might go 10 seasons and by the end still be finding out things about not just the FZED but yourself, too. With such machinery, that’s how it should be.

From ZED to ZERO

If you can believe it, the FZED is merely an amuse-bouche for what is coming next from the ever-fertile mind of David Dicker. His real focus is now on the FZERO, a car he has designed largely himself, for which a bespoke twin-turbocharged 4.0-litre V10 racing engine making more than 1000bhp is now being designed and whose name has nothing to do with emissions and everything to do with what’s one better than Formula 1. The FZERO is closed, will generate many tonnes of downforce and has a suggested 0-186mph time of 10sec. It can be made road-legal, will cost around $1 million (quite cheap, compared with anything comparable, such as the Aston Martin Valkyrie or Mercedes-AMG One) and should be on the track before the end of this year.

The next best things to buying a Formula 1 car 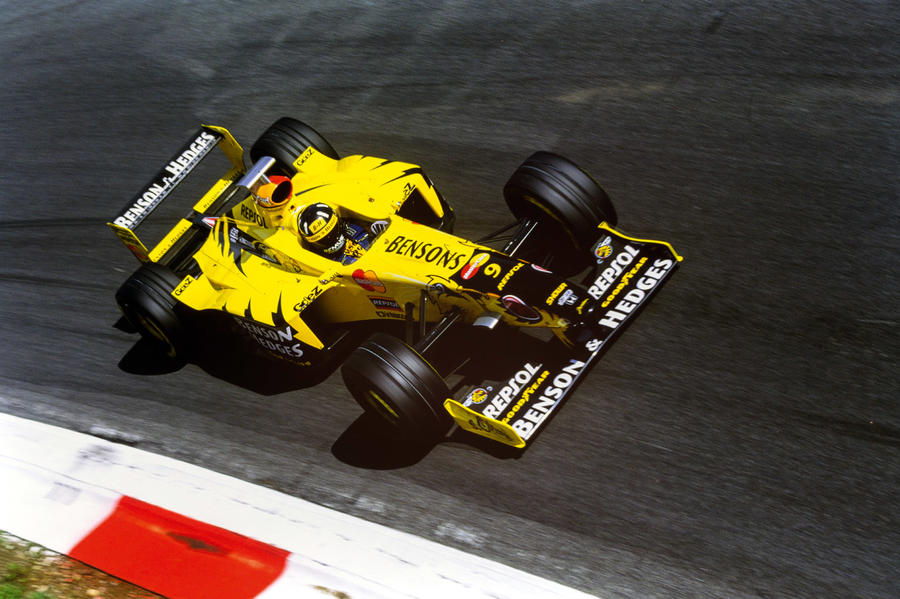  Actually, you can buy an F1 car. Functioning historic chassis can cost similar money to a front-line supercar like the McLaren 720S. But if it costs a small fortune to buy, it’ll cost a damn big one to run. 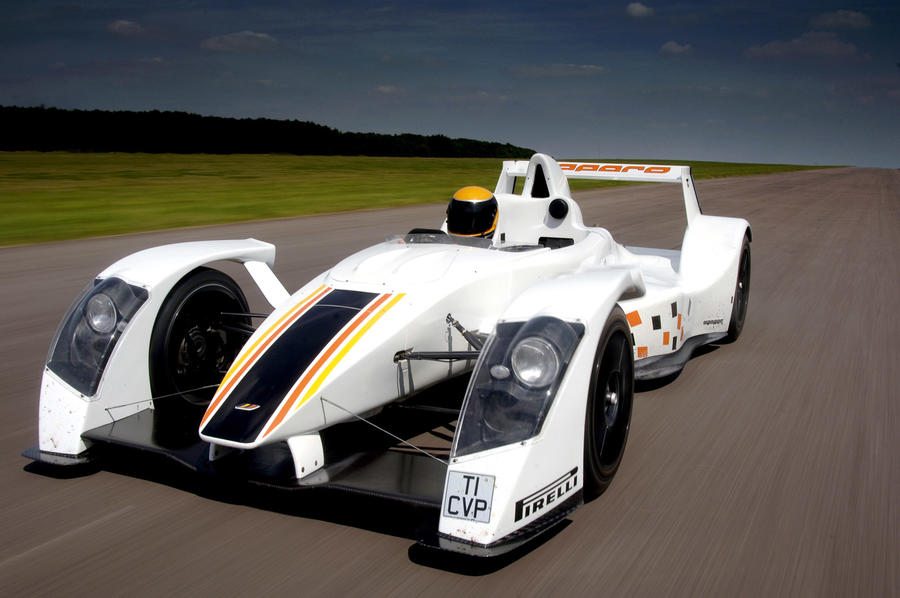 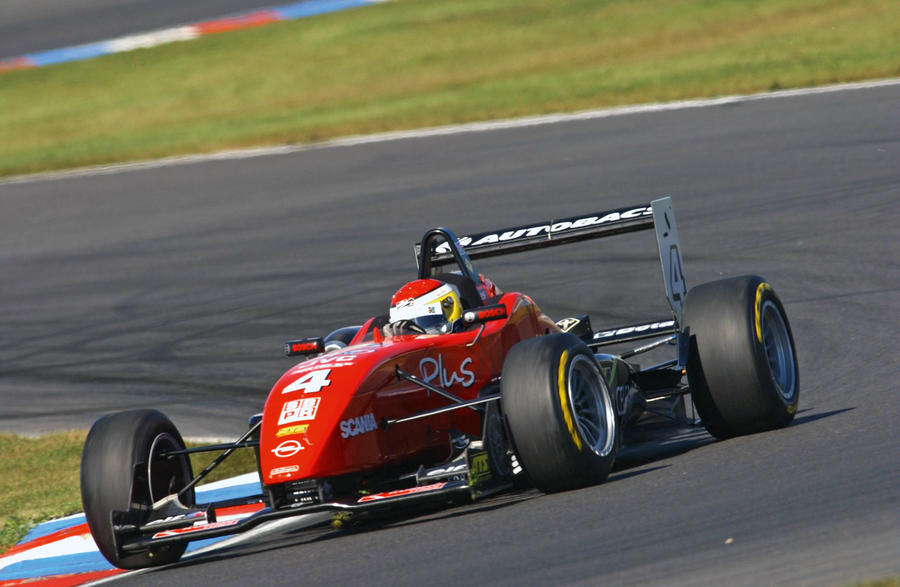  A recent Dallara Formula 3 car will teach you all you need to know about downforce and blow your mind in the process. A very fit, 15-year-old example should cost you less than £30,000 to buy.

Sounds a bit of a work out to drive, but hey it'll be fun!