BACK TO ALL NEWS
Currently reading: Why Extreme E will begin a new era for motorsport in 2021
UP NEXT
Lotus reveals lightweight platform for Elise and Evora successors

When Extreme E (XE) was announced by Formula E founder Alejandro Agag two years ago, such a novel concept seemed even less credible than his idea of an electric single-seater racing series did before Dieselgate.

Not only was this to be an amalgam of rallying and circuit racing contested by 550bhp electric SUVs but quite literally a race to save the world, broadcasting races from damaged locations with the goal of raising public awareness of environmental and sustainability issues.

But already the scepticism and scoffing is dying down. Since Autocar first spoke to Agag, XE has been awarded FIA International Series status and fleshed out with a number of star names, both human and corporate. It’s not content to be seen as a Mickey Mouse Cup. That much is clear.

American motorsport titans Andretti Autosport and Chip Ganassi Racing will each run a car, as will reigning Formula E (FE) champion Techeetah and the Volkswagen Group’s new electrified sporting road car brand, Cupra (in collaboration with Abt, the motorsport outfit that runs Audi’s efforts in FE and the DTM touring car series).

Ekström, who was tempted across from WRX by the Abt team with which he won the DTM in 2004 and 2007 and is currently on the Dakar Rally, reckons the rallycrossers are best equipped for the unusual challenge of XE. “Especially when it comes to the jumping, loose gravel, close contact and four-wheel-drive sliding experience,” says the 42-year-old Swede.

But is this a serious campaign, or just a chance for fun with some old friends? And more broadly, is XE an entertainment show rather than serious competition; or even primarily a environmental concern, with the sport an afterthought? “I’m not there for any show,” Ekström says. “I’m there to win the race. If you want to see it as a show, go ahead, well done, but I want to have a big trophy. That has always been my aim. When I put my helmet on and go racing, I’ll do my best and try to win. And there will be a couple more boys and girls who will have the same opinion.” 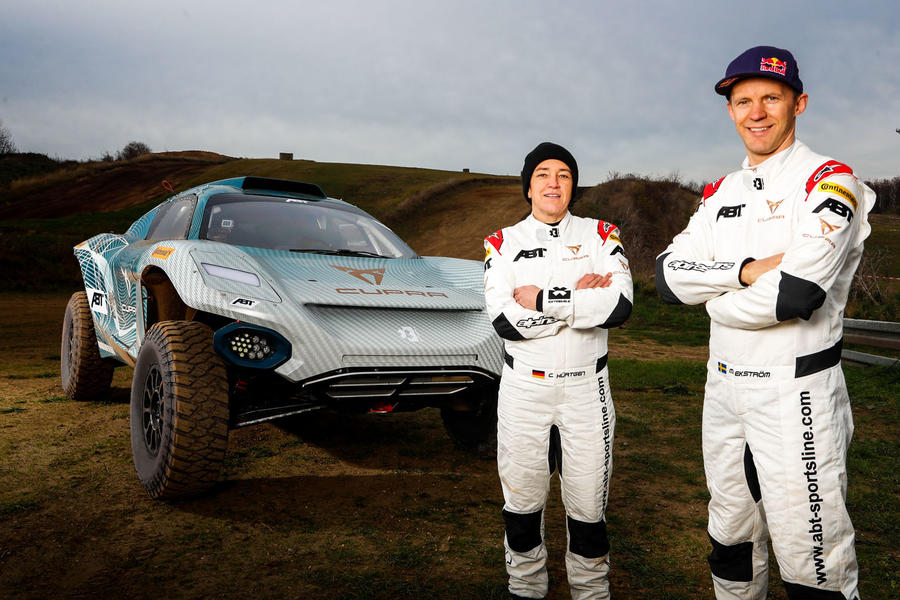 Uniquely, XE decrees that each car must be shared by a man and a woman. “I actually have been beaten by girls before, and I have no problem with this,” says Ekström, who will share driving duties with fellow touring car veteran Claudia Hürtgen.

You might well think that these drivers are joining XE simply because it’s a solid opportunity to race, but for Ekström at least it holds greater relevance. The truth is that, like a famous compatriot of his, he is passionate about conservation – although it took him many more years than Greta Thunberg to take notice.

“I drove in the DTM for 17 years,” he says, “and we were consuming tyres and fuel and parts like there was no tomorrow, but there was never anyone asking if that was good for the environment. In XE, we will be allowed to use 10 tyres per season. In the DTM, we used 10 sets in a weekend.

“If you go and race at Hockenheim, the grass is still green and the track is the same as when I was there 20 years ago. But if you go to glaciers, you will see a big change of nature.

“We don’t want to drive an unnecessary amount just because we can. Every time you fire up a car, you burn tyres, brakes, engines and everything, so it needs to have a purpose. People will ask: ‘How can you say that when you’ve driven so much in your life?’ And I will say: ‘Everybody gets smarter when you get older.’

“So I’m in it to win it like always, but the purpose of the whole thing is a little bit different this time. I think there are a lot of things that can be done, and everybody will have pro and con opinions. But if we can raise the awareness of a lot of people to take care better about the planet, that will help everyone.” 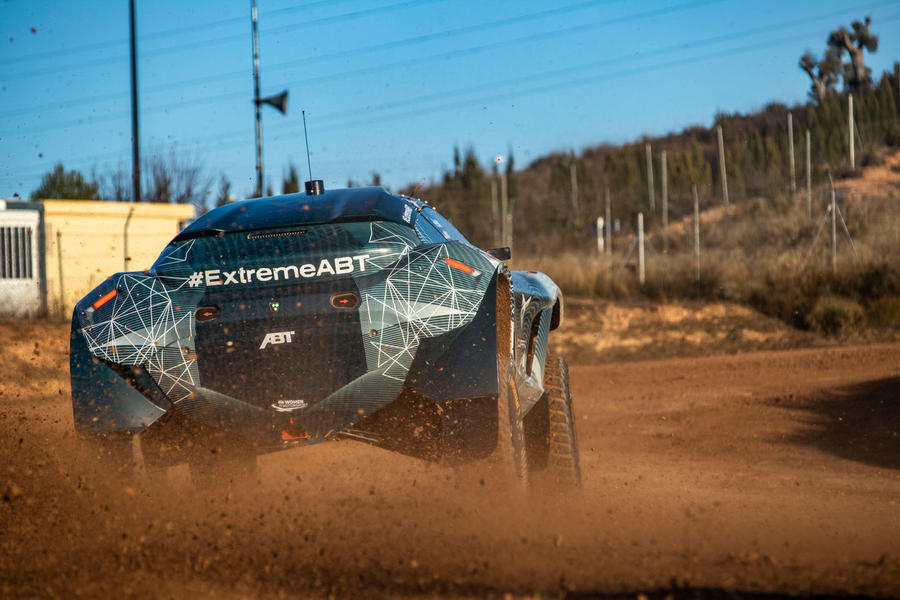 The televised visuals will certainly be key to XE. A race in Greenland is one of five planned for the inaugural season, the others being in the Saudi Arabian desert, the Atlantic shore of Senegal, the Amazon rainforest in Brazil and Tierra del Fuego, the stunning glacial region at Argentina’s tip.

Although it appears counterintuitive to tear big, powerful 4x4s around these regions to highlight the damage inflicted on them by human activity, XE is going to great lengths to ensure that it leaves a positive mark. The cars won’t be charged using a diesel generator but a carbon-neutral hydrogen one. Instead of using planes, XE has bought a ship for transport and scientific research. It has gathered an expert panel to advise it on the sustainability of its actions. And it will implement ‘legacy projects’ to aid the various landscapes, such as planting trees, educating local people and transforming agricultural practices.

As for Ekström, he does his bit by daily-driving an electric Audi E-tron (admittedly alongside a conventional Cupra Ateca) and, like reigning F1 champion and XE team owner Sir Lewis Hamilton, trying to eat a vegan diet. “It feels better to take care about your body and also to take care about the planet,” he explains. “Because it’s not only cars that are making the planet have a tough time.”

Some of you will have come to the conclusion right about now that Ekström has turned into one of those insufferable ‘woke’ people who want to steal your steak, ban your BMW and make offence-taking a sport. On the contrary, he is a true petrolhead (“I might have to get my fingers dirty again,” Ekström says, smiling) who realises the world is changing in a way that leaves his passion facing an existential crisis.

“I think motorsport is in a real tough situation,” he says. “It has been questioned quite a lot lately. I see motorsport as a platform for entertainment and car development, but I think we will have to find more reasons why we do motorsport and try to be more environmentally friendly with what we do.

“When you start to think about it, you realise that all the regulations should try to be more aware of what footprint we leave, and each company, team and driver who realises this is great, but it also comes down to the FIA and all the federations. They need to understand that they need to make regulations that are stimulating [solutions to] all these kinds of problems.”

He adds: “I love petrol engines, but I’ve also started to feel that I can love electric as well. I’ve started to get used to the feeling of having no gearbox, the sound difference, especially under braking, and the regeneration. I promise you that I will never be a guy who will say ‘I don’t like engines’, but it comes down to living the life and marrying the future instead of trying to look back and say everything was better in the past.” 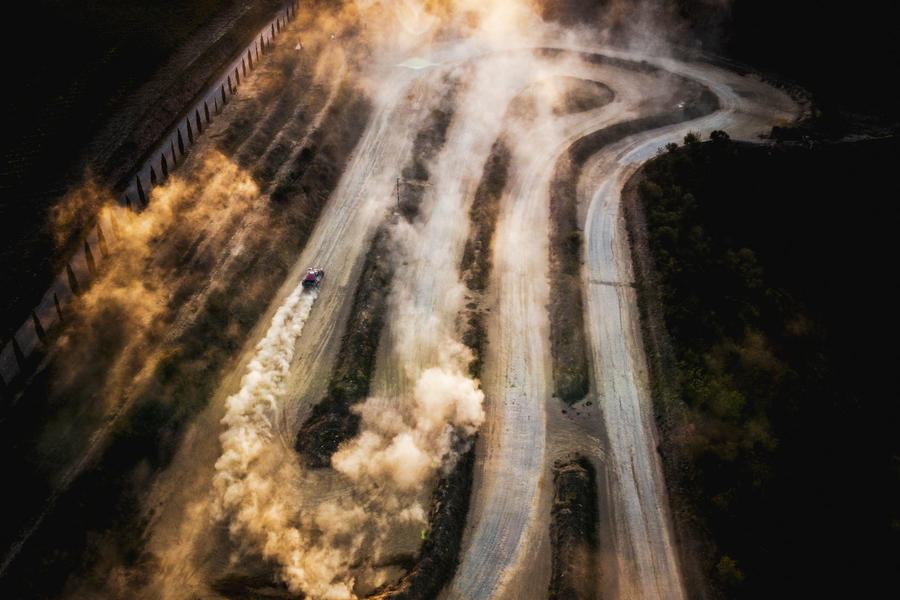 Could this focus, so relevant to both the wider public and the car industry, mean the unthinkable: that XE could one day match the popularity of the World Rally Championship, which is still a year away from even a tentative step into hybrid power?

“What makes me answer this question ‘yes’ is Alejandro,” Ekström replies after careful consideration. “He has shown that, with his dedication and commitment, he can make something really good.

“To say XE might be bigger than WRC, it might go as fast. It can happen soon that one or two manufacturers stop and suddenly WRC is struggling a lot. As it looks today, starting from nothing and comparing it to WRC isn’t fair at all, because I love WRC. Those cars and how they drive today are amazingly cool, and I have huge respect for the Sébastien Ogiers and Ott Tänaks of this world, because they are really machines driving those cars.

“But it’s not me who will decide. It will be the market who decides. If the manufacturers want to invest in the WRC, it might last forever. If some say ‘no, we don’t want to spend this effort on it’, it will stop. I really hope the WRC continues, and I hope that XE can make its way as well, the same way as WRX. It’s so difficult to make a complete sport healthy and sustainable, but that’s what FE has been building in tough times. So I think if Alejandro is part of this, he didn’t plan to fail.

“I will follow his actions very closely and will be as much of a supporter as to all of the series I’ve been in, and if I can contribute to make a better show, I will do my very best. Time will tell, and hopefully in five or 10 years and you will have all the answers.” 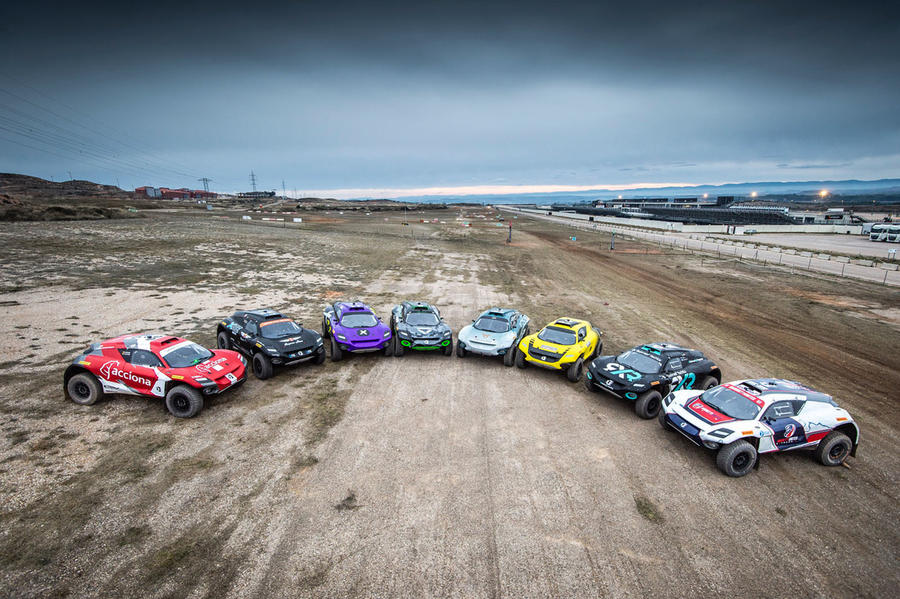 Formula E became the first international all-electric racing series in 2014, but it has yet to be followed, save for the low-key Jaguar I-Pace eTrophy that supported it for a couple of seasons. Now, though, it looks like the track will start to follow the rapid electrification seen on the road.

Last year, the World Rallycross Championship introduced a special class for an electric Ford Fiesta to take on its traditional turbocharged monsters. Extreme E is due to start this February and a series for electric touring cars, named Pure eTCR and also run to a standard specification, so far has Alfa Romeo, Cupra, Hyundai and MG signed up for its inaugural season, which will use proper circuits.

If you like your entertainment rather more gimmicky, there’s another electric SUV series, Supercharge, hoping to start in 2022, using pop-up urban tracks, à la Formula E – but featuring a jump ramp, a low-grip zone, a water splash and a rallycross-style joker extension loop, all in the name of proving that electric cars can be spectacular and exciting…

Another eco friendly motor sport. They want to raise awarness of eco problems so they are going to fly all of the cars and support personnel to these areas so they can race there. Seems a lot of carbon to get to places that don't want the carbon.

The Apprentice 24 January 2021
My God that looks fun! Formula E always left me a bit cold as it often seemed to be about tactics, battery drain management setting the pace and gambling on how many Watts were left.
This looks more like a driver on driver hoot. The vehicles look amazing.