BACK TO ALL NEWS
Currently reading: Dieselgate: Volkswagen loses appeal over UK group action lawsuit
UP NEXT
MST Mk1: Is this the ultimate rally recreation?

Volkswagen has been dealt another blow in the UK group action lawsuit over the Dieselgate emissions scandal as its appeal was rejected by the courts.

The landmark ruling means that the compensation case lodged by owners can continue. It also likely means that almost 90,000 affected owners of Audi, Seat, Skoda and Volkswagen cars could now receive compensation by 2022.

The verdict, delivered by Rt. Hon. Lord Justice Males, ruled that “the Judge’s “defeat device” issue was clearly correct”. If VW had won the appeal, it is likely that the outcome would've been longer and more protracted.  Preliminary motions including witness evidence exhanges, a selection of lead claimants and full disclosure will now take place before the trial actually begins.

A spokesperson for VW has issued statement saying the firm is "disappointed" in the Court of Appeal's decision, but "respects it."

"This decision relates to the technical points of law that formed the Preliminary Issues Hearing in 2019", the statement continues. "It does not determine the points of loss, liability and causation, which will be decided at a trial, not before March 2022. Volkswagen maintains that because customers have not suffered any loss, it does not owe them compensation. Nevertheless, this is a matter for the main trial in due course.

"Volkswagen has openly acknowledged that, in relation to the emissions issue, we did not live up to our own standards. We are committed to maintaining the trust of the public through programmes such as our €33bn investment into e-mobility, bringing 75 fully electric car models to market by 2029."

The class action lawsuit, which could be the largest consumer action in English legal history, involves almost 90,000 owners of Audi, Seat, Skoda and Volkswagen cars. They're claiming for compensation over the installation of illegal ‘defeat devices’ to cheat European Union emissions standards.

Lawyers for the owners say Volkswagen knowingly “cheated” rules put in place to “save lives” by installing an unlawful device designed to detect a rolling road test and alter the combustion process to reduce nitrous oxide (NOx) emissions by up to 40 times. 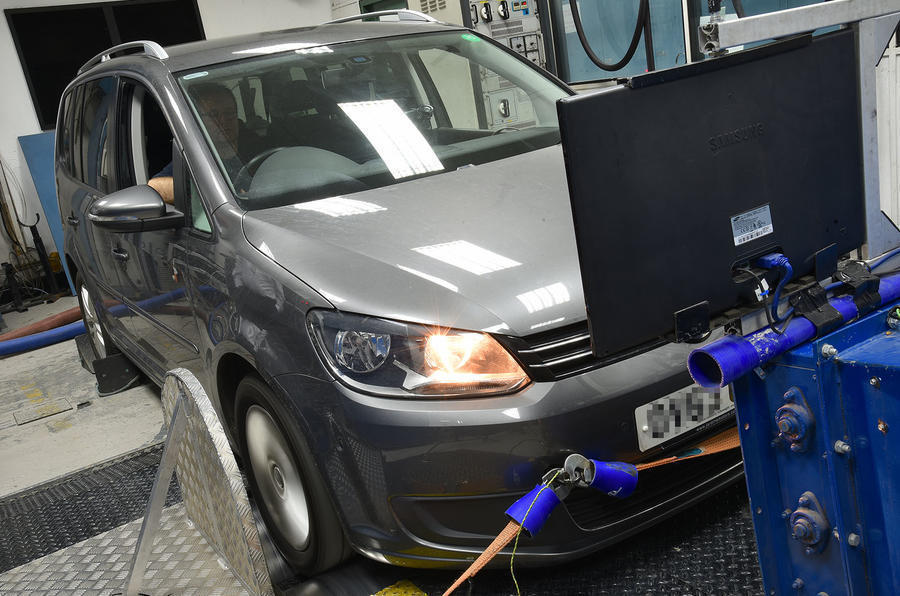 The judge in the case earlier this year, Mr Justice Waksman, ruled that “the software function in issue in this case is indeed a defeat device” under the classification defined by the EU. The judge claimed he was “far from alone in this conclusion”, noting various courts and industry bodies that agree with the verdict.

He called Volkswagen's defence “highly flawed” and “absurd”, adding: “A software function which enables a vehicle to pass the test because it operates the vehicle in a way which is bound to past the test and in which it does not operate own the road is a fundamental subversion of the test and the objective behind it."

The first hearing began in December 2019, looking at whether the company’s EA189 diesel engine (sold in 1.2-litre, 1.6-litre and 2.0-litre capacities) featured such a device.

Volkswagen then lost its first ruling in April this year. It said that it was "disappointed" by the verdict despite it only relating to preliminary discussions.

Despite the lost appeal an early ruling, there are still further phases of the case, including determining 'causation', ie. whether or not the defeat device caused damage. These are due to play out at the end of this year or early 2021. If the verdict goes against Volkswagen, it could be ordered to pay hundreds of millions of pounds in compensation.

Volkswagen hasn't paid compensation to any UK owners, claiming the cars weren't fitted with a ‘defeat device’ under UK law. Previous rulings to the contrary in other countries, such as the US, carry no weight in the UK, hence the need for the class action proceedings.

I really like my VW diesel, it's spacious and refined, but I wouldnt mind a payout as a deposit on a new one.

Just a reminder to all UK customers of VAG., and journalists. who think a couple of EV's is sufficient recompense to forgive all the transgressions.

You are worth a lot less to VAG than German, US , and other customers around the world. They have no respect for you, they feel no guilt at all and will do anything to avoid paying compensation to you or our Government.

Unfortunately ambulance chasing lawyers are all that is left after our chicken livered Government failed to take any action against VAG. No idea why, surely they were not forced to comply because of Bentleys continued prescence in the UK.

Just stop buying the stuff.. The press obsession with VAG products is paid for by  advertising budgets. No magazine or website can afford the loss of multiple brands advertising contracts.  I am not suggesting that VAG's often very ordinary and often outdated vehicles end up top in so many comparisons because of that. Although ?

Best way to hurt VW is to simply boycott their cars. More so as they had the gall to appeal, as if they felt their cheating should go unpunished and buyers should accept it and simply move on.