BACK TO ALL NEWS
Currently reading: 30 years on: when BTCC Super Tourers ruled the world
UP NEXT
Exclusive: Morgan bosses detail ambitious growth plans

Thirty years ago, the British Touring Car Championship turned itself into one of the most exciting and influential racing series in the world.

It didn’t know it at the time, but in creating a set of rules aimed at cutting costs and promoting closer racing, it inspired a decade of some of the most intense wheel-to-wheel action and fierce rivalries UK circuits had ever seen. It also witnessed an explosive technology and spending boom that was surpassed only by Formula 1.

At its peak, the series had 10 blue-chip manufacturer teams all vying for victories, and the TV audiences for the races made an EastEnders Christmas special look like a ratings flop. Such was its influence that it attracted the best drivers in the business, while the big brains and budgets of grand prix racing squads were brought to bear on these incredibly sophisticated four-door saloons.

Then, perhaps inevitably for a championship that shone so brightly, it was all over after less than a decade. The spending had become unsustainable and, one by one, the car manufacturers left the party. These were the Super Tourer years.

“Andy Rouse [driver and team owner], Alan Gow [series boss], Vic Lee [team owner], Dave Cook [team owner] and David Richards [Prodrive boss] got their heads together and decided on a formula that effectively meant that whoever was the winner was the winner, rather than the confusing class system of the time,” says John Cleland, double BTCC champion and one of the few to see the era through almost from start to finish.

Cleland knew more about the vagaries of the old system than most, having won his first title in 1989 at the wheel of a Vauxhall Astra GTE 16v. Problem is, not many people knew about it, because while he dominated his Class B rivals (there were four classes in total), his race ‘victories’ were achieved in the middle of the pack. All the eyeballs were focused on the front of the grid, where the increasingly powerful, fire-breathing Group A homologation special Sierra RS500 Cosworths were fighting it out for overall wins. 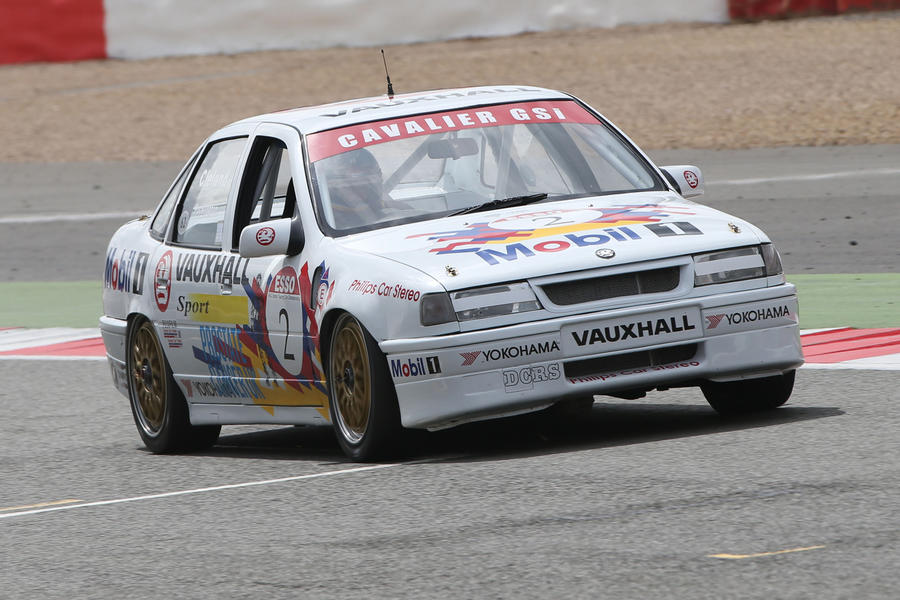 So a new set of rules were formulated; regulations that made sure all those taking part would be in with a shout of victory. On the surface, they were fairly simple. Initially, the new cars would have a naturally aspirated engine of 2.0 litres and not more than six cylinders, while a rev limit would be set at 8500rpm. There was to be no turbocharging, two-wheel-drive only (although this later changed temporarily to allow Audi to compete) and a minimum weight of 975kg.

Cars built to the rules were first allowed to race in 1990, but it was the following year that all cars had to compete in this 2.0-litre formula. Quickly adopting the name Super Tourers, these tin-top racers proved to be a smash hit. Not only was the racing close and the TV coverage unrivalled, but they also looked like the cars that you or I might buy. It didn’t take long for the manufacturers to sit up and take notice.

When the factory-backed Schnitzer BMW squad arrived in 1993, it was clear the series was being taken seriously, while entries from Ford, Peugeot, Renault and Nissan further bolstered the championship’s credibility. But it was in 1994 that the Super Touring legend really took hold. This was the year the factory Alfa Romeo squad rolled into the paddock.

Not only did the Italian outfit boast the driving services of ex-F1 ace Gabriele Tarquini, but it also introduced the rather naive world of the BTCC to aerodynamics. Using a homologation loophole, Alfa realised that you could build 2500 examples of a car that featured special modifications, in this case adjustable front and rear spoilers.

The all-red 155s were quick out of the box, winning races at will, with Tarquini victorious in the first five races on the bounce as he and Alfa romped to the drivers’ and manufacturers’ championships.

Yet rivals were up in arms and there followed numerous protests, with Alfa even boycotting the Oulton Park round in response to being told it couldn’t run with the wings. The only way to level the playing field was to allow other teams to run simple aero packages that didn’t require expensive homologation, and from this moment on, the BTCC and Super Touring entered a high-stakes, high-cost, high-technology race.

It was ironic, therefore, that Tarquini later revealed the extra wings and splitters had little real effect, a view that was backed up by Cleland, who ran an aero-equipped Cavalier to his second title in 1995: “Compared to the 1996 Vectra, which had more carbonfibre than a moon rocket, all sorts of sensors and real aero, the Cavalier was a simple car. We effectively ran the same aero set-up wet or dry. In fact, we could shift the aero balance more by experimenting with how much to open the rear windows.”

Yet the simplicity wasn’t to last. Such was the growing importance of the BTCC that deep-pocketed manufacturers turned to motorsport royalty in an effort to win. Volvo teamed up with TWR, Ray Mallock ran the Vauxhalls and then the Nissans, while Renault contracted out its Lagunas to Williams F1 (it’s no surprise that, with 25 wins, the big French hatch became the BTCC's most successful Super Tourer). Then Audi arrived with four-wheel drive and cleaned up in 1996, before protests from other teams led to the reinstatement of the ban on total traction just two years after it was lifted. 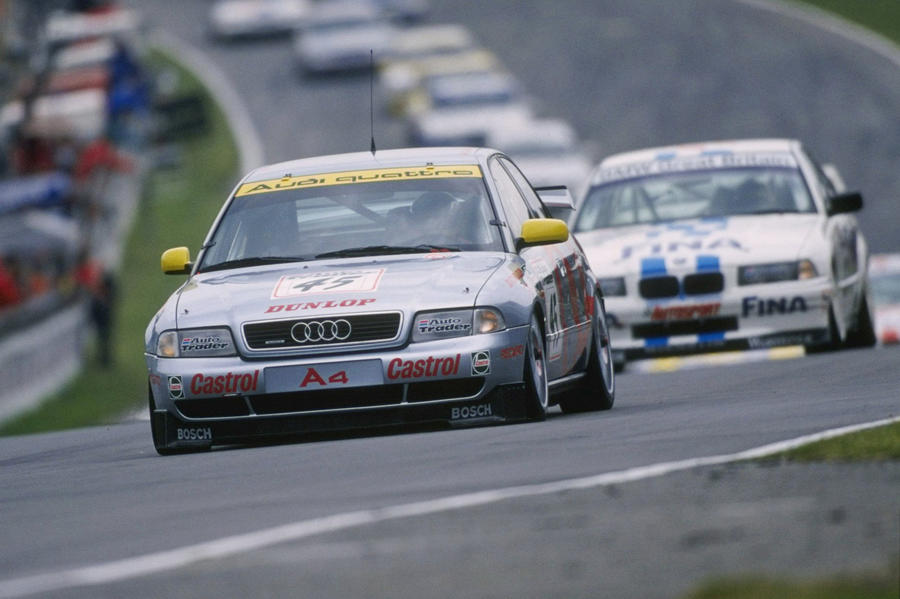 The rivalries were legendary, with the 1992 needle match between Cleland and Soper proving particularly crowd pleasing (the Silverstone finale, with its on-board footage of Cleland’s one-fingered salute to his BMW rival, brilliantly covered by Murray Walker’s ‘I’m going for number one’ commentary, sums it up best), even if the reality was rather different. “I knew Steve from before the BTCC, even shared a car with him, and I’ve always had huge admiration and respect for what he’s achieved.”

Having raced and won against them all, Cleland is in a unique position to judge. “There were a few I wouldn’t trust to drive me to the pub’, he chuckles. “Rickard Rydell, though, was very quick and Will Hoy was fast, talented and a real gent. And while I didn’t get on with him at the time, I really rated Alain Menu.”

But perhaps the driver he most enjoyed beating was ex-F1 and Indycar champ Nigel Mansell, who made a number of guest appearances in Ford Mondeos during the late 1990s. Yet it was the treacherously wet 1998 Donington race that Cleland remembers best, an encounter that is ranked by many as one of the best tin-top contests of all.

“Ford was paying him mega bucks to be there, but as far as I was concerned, as long as my arse was pointing south, I wasn’t going to let him beat me,” says Cleland. “That race had everything - drama, the lot. He’d got a good lead, but I was reeling him in. Will Hoy, Tim Harvey and Anthony Reid had all gone off at the same place and I could see them watching it unfold and, I swear, they were egging me on. As it dried out, I just kept winding the brake balance forward, a touring car trick I knew Mansell wouldn’t know, and eventually I got him!” 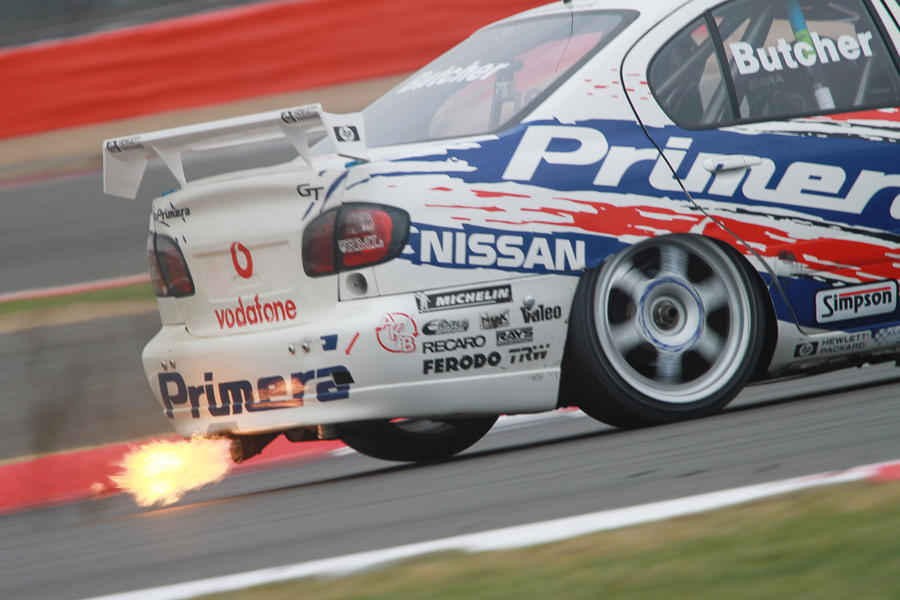 By now, the BTCC was arguably the premier saloon car series in the world, and that showed everywhere you looked. The cars were some of the most complex ever seen and the development costs were huge. “The money being spent was incredible,’ says Cleland. “We’d go testing at Knockhill, then crate the cars up and send them to Estoril for more testing, then onto Kyalami in South Africa. Each team would have a car at Vallelunga for tyre testing. Money was no object.”

Yet it could last only so long. “In 1999, I was looking at it all and thinking: ‘This is unsustainable’,” says Cleland. “Ford were spending outrageous amounts of money. Its Cosworth engines would cost £100k a rebuild. I could see manufacturers starting to question why they were spending millions to be in the championship.”

At its height, there were 10 manufacturers duking it out for on-track honours, but by 2000, the grid had shrunk to just three: Ford, Vauxhall and Honda. The blue oval finally won the manufacturers’ and drivers’ titles it had craved since the beginning, but the £10 million it spent on the Prodrive-run three-car assault proved to be the straw that broke the camel’s back. The following year, Super Touring was dead and the BTCC had to rebuild in the wake of the manufacturer’s retreat.

Yet for a glorious nine years, these machines entertained and engaged like no other. Could the out-of-control spending have been addressed? Perhaps, but Cleland still wouldn’t have it any other way. “It was brilliant!” he says. “I was really lucky to be involved at that time and was being paid stupid sums of money to drive those cars and win races against the best in the world. It doesn’t get better than that.”

Fantastic era! As a kid I would be overwhelmed with excitment watching these races, I just wish there was something like this now for my son to follow.

Just to bring out the anorak for a moment, I'm pretty sure John Cleland won Class C with the Astra not B. IIRC CLass A was 2 litre turbos (Cosworth 500's), B was Over 2 Litre non-turbo and I think Class C was 1600 to 2000cc. I'll take the annorak off now and retreat.....