BACK TO ALL NEWS
Currently reading: Talking points: Sutton shines in BTCC at Snetterton
UP NEXT
Rodin FZero: V10 weapon aims to be world's fastest car

Colin Turkington, Ash Sutton and Tom Ingram signalled their British Touring Car Championship (BTCC) title intentions with race wins at Snetterton, with three action-packed races thrilling the fans who were allowed to attend for the first time in more than a year.

Four-time champion Turkington held off a determined push from Ingram to win the opener in his BMW 330i M Sport, while Sutton scored his second victory of the year in race two with a storming charge through the pack in his Infiniti Q50.

Having missed out in the opener, Ingram then battled to the front in the final race, fending off a charge from Sutton to take his first victory of the year - and the first BTCC win ExcelR8 Motorsport and its Hyundai i30 Fastback N.

Turkington was second-fastest in qualifying but was handed pole position for the opening race when Gordon Shedden’s Team Dynamics Honda Civc Type R was disqualified for a rear-wing infringement that the team blamed on a mistake.

The four-time champion made good use of the clear road in front of him to take the lead at the start of the first race, and then defended his position well from Ingram while the tyres on his rear-wheel-drive BMW saloon warmed up.

Once he was settled in, Turkington pulled clear for a dominant win ahead of Ingram. Rory Butcher, who assertively replaced Ingram at the Speedworks-run Toyota Gazoo Racing squad, took third. 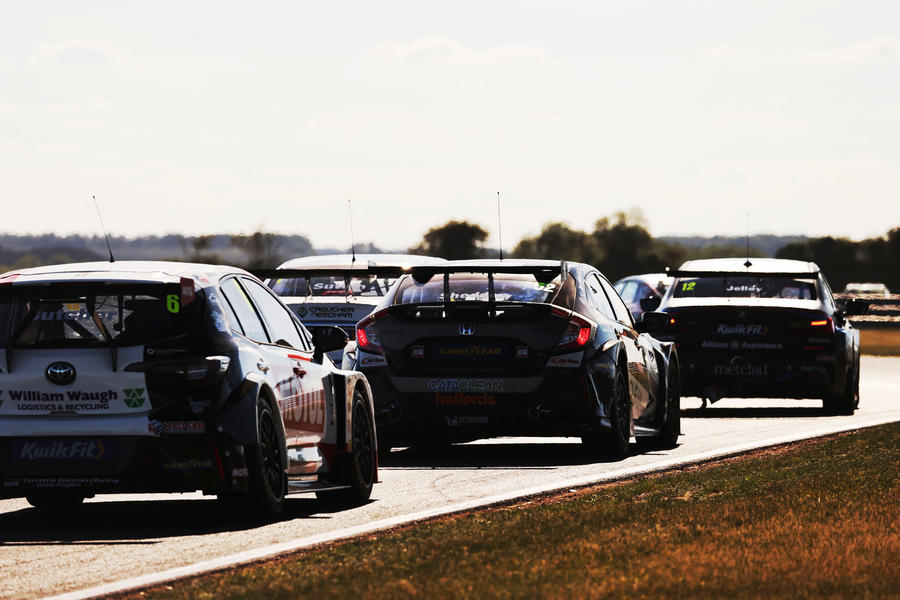 After struggles in qualifying put him down the grid, Sutton was an unusually subdued 11th in the opening race, but me made amends in the second race. Free of success ballast and switching to the soft tyres all drivers are required to use in one race per weekend, Sutton absolutely stormed through the field with a series of bold, decisive moves.

Turkington led away and pulled out a decent lead, but once Sutton was up to second he closed in at an astonishing race, and with full ballast, the Northern Irishman couldn’t hold up the Q50 for long.

Ollie Jackson was another driver to benefit from using the soft tyres, battling to third in his MB Motorsport Ford Focus ST, with Ingram fourth. 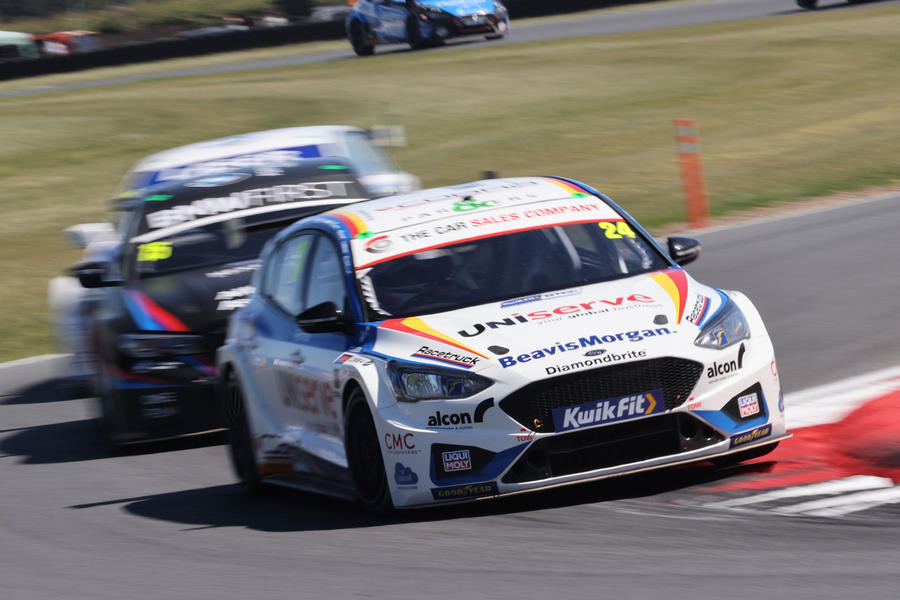 Ingram gets reward in race three

Having been among the frontrunners all weekend, Ingram’s win in the third race was a just reward for his efforts - and the first BTCC victory for a Hyundai.

Ingram didn’t have it easy, though: while he soon battled up to second, it took him sometime to fight past BMW driver Stephen Jelley, and while doing so, he also had to fend off Sutton and Shedden.

Ingram’s win proves that he can win away from his longtime home at Speedworks Motorsport, and form suggests that he can be a legitimate title challenger.

Sutton eventually took second to cap a fine weekend of work, with Turkington’s seventh also netting him a strong haul.

It looks like the usual suspects could be fighting for the title this year, then.

Shdeen will have left Snetterton wondering how his weekend would have turned out if he hadn’t been stripped of his pole position. With a big, competitive field, Shedden could make only limited progress in race one and race two, but once he was up at the front in the final race, he proved that he had the speed to match anyone in race trim.

While Shedden’s return to the BTCC hasn’t gone quite to plan in the first two events, he clearly still has the talent. 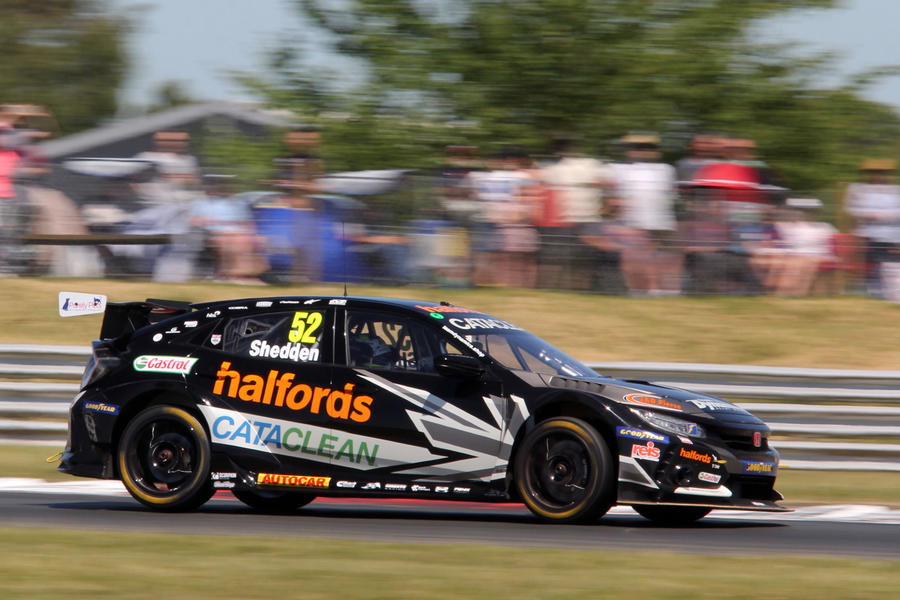 The fans are the real stars

After Covid-19-related regulations required the 2021 season-opener to be run behind closed doors, fans were allowed back onto the spectator banks at Snetterton for the first time at a BTCC event since 2019.

Although tickets were capped at 5000 each day (a fraction of what the Norfolk circuit can hold), the fans provided a welcome dose of atmosphere to the event.

After his race one win, Turkington said: “It was so nice on the cool down lap when you’ve had a race win and you see the banks on the back straight of the last half of the lap filled with spectators.

"It adds so much to the atmosphere and just the feeling of winning feels an extra special achievement in front of the fans.”