BACK TO ALL NEWS
Currently reading: BTCC 2021 season preview: why Gordon Shedden is 'burning to win again'
UP NEXT
High-rise hot hatches: Hyundai Kona N vs Cupra Formentor

Gordon Shedden is back in the British Touring Car Championship, and he means business.

The three-time title winner was a mainstay of the Honda attack for a decade until he was tempted away in 2018 by a programme on the global stage in the World Touring Car Cup (WTCR) with the Audi RS3 Saloon. When that campaign was shelved at the end of 2019, the Flying Scotsman was desperate to get back to the front – and he has come home to do so.

The BTCC was a happy hunting ground for the 42-year-old. He took 48 victories with Team Dynamics in various Honda products between 2006 and his most recent UK foray in 2017. So it’s no surprise that he found himself on Team Dynamics’ shopping list when the winter driver swaps were in full swing, and he will line up on the grid at Thruxton on 9 May back at his spiritual home.

With team patron and BTCC legend Matt Neal taking a sabbatical this term, Shedden will be the de facto team leader. The spotlight will be turned up to its brightest.

“When you race for Team Dynamics, you’re expected to win titles; it’s as simple as that,” says Shedden. “It’s what the team exists for and it’s what you ultimately aim for as a driver. So why shouldn’t that be in my sights? This isn’t just something I do for fun; I’m burning to win the title again.” 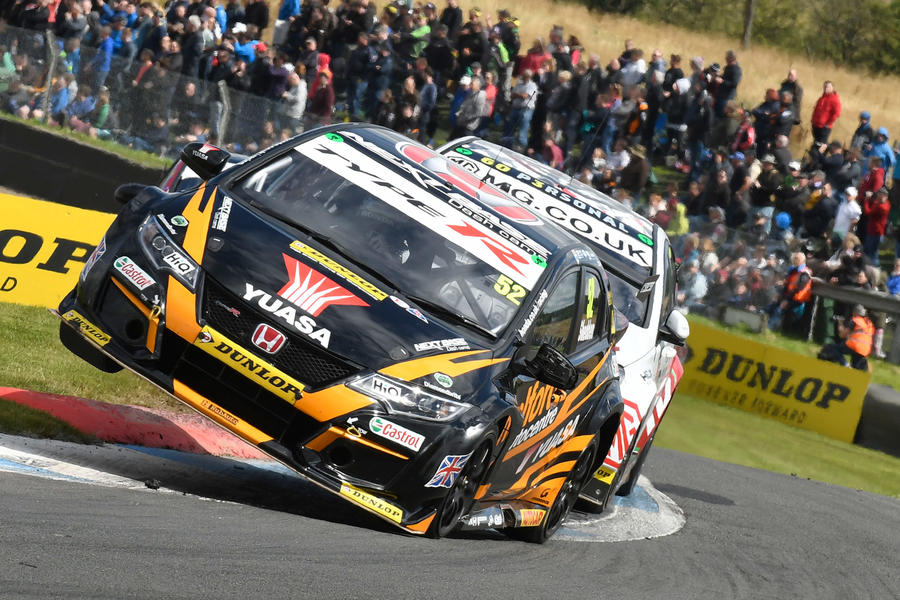 Those are fighting words for a man who has been away from UK paddocks for three seasons. Just to remind the fans what they’ve been missing, the Fife-based racer set the fastest lap time during the BTCC’s only collective pre-season test, outpacing the next fastest of the 28 entrants by 0.2sec at Silverstone.

The benchmark time he set in his Honda Civic Type R even took Shedden himself by surprise. “We were just running through our development programme: there was no hero stuff from me – in fact, I am surprised that others didn’t go faster than us,” he says.

The reason there’s a latent confidence in his pace is that he knows his Honda was running in race trim, yet he has some suspicions about the other lap times that were set during the six hours of testing.

“I stood outside the garage and watched drivers rocking their soft tyres, and some of the other cars were so low to the ground that you wouldn’t have been able to get your foot under them, let alone adhering to the official limits on ride height,” he says. “Some people were setting times and we did wonder how valid some of those were.

“We ran through a set programme of things we wanted to test out, and there wasn’t a point where I lapped without any success ballast. If we’re going to be at the front, we’re always going to have to carry extra weight, so that’s what we did.”

Whether the pecking order from Silverstone was genuine or not, Shedden feels that he’s in a good place. That’s not only because he’s returning to a team with which he is so familiar, but also because he thinks that he has made progress as a competitor over his three years away from British touring cars.

Life in the WTCR wasn’t always plain sailing for Shedden, and some of the promises that were made to him when he joined the global trail failed to materialise. Those stark lessons have been adopted into his armoury for future battles.

“I feel I now know how to make the most of all the elements that are thrown at me, exploiting every last little thing,” he says. “I haven’t suddenly come back and started to brake later into a corner, because I don’t. But as a complete package, I’ve learned to make more of what I have available and what I can control.”

There’s a sense of serenity about Shedden ahead of the new challenge that’s about to unfold, partly because he’s working with people who know his abilities and what makes him tick as a racer. 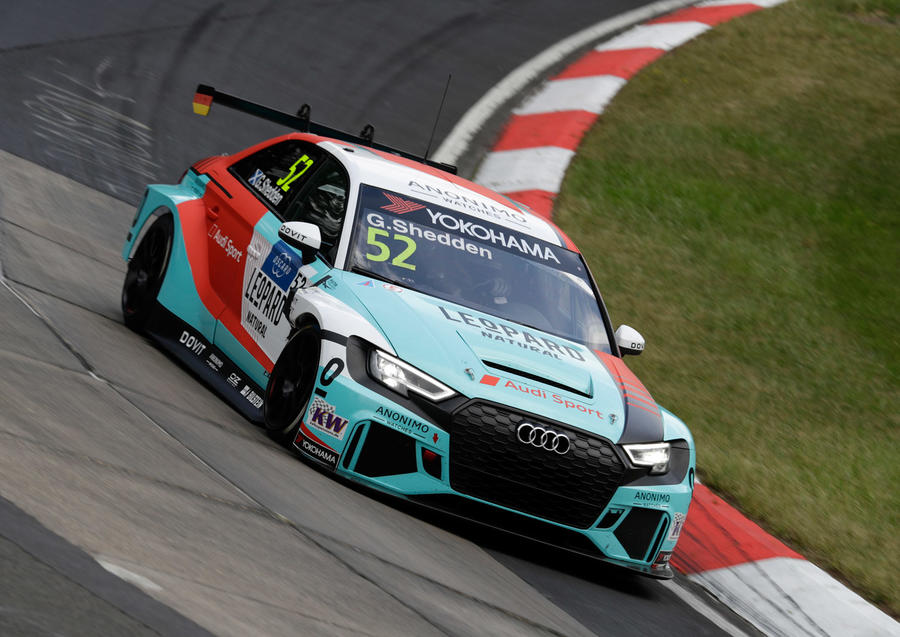 The people inside the Team Dynamics garage may be familiar faces, but the opposition has moved on since Shedden’s last full-season attack. That’s something he has already noticed.

“When you look at the other cars, some of the interpretations of the rules have changed, that’s for sure,” he says. “It’s different, and some other teams have certainly evolved. I would say that, by the looks of it, the grid will be closer now than it was when I was last in the BTCC, and that’s just because, by its very nature, people get their heads around what you need to do to make an NGTC-spec machine work. That’s what happens when the rules stay the same over a period of time.”

Shedden will find out exactly how far the others have come when the pack takes to the track in Hampshire on the UK’s fastest circuit, Thruxton, this weekend.

He will be on a mission to stop Laser Tools Racing driver Ash Sutton defending his shock 2020 triumph in the Infiniti Q50 and joining him as a three-time title winner; and out to halt Colin Turkington’s march to a record-breaking fifth crown in his WSR-run BMW 330i M Sport.

All the signals point to a strong start. Thruxton is a circuit where the Civic Type R has won races on each of its visits. Much will be expected, but Shedden knows that he’s just at the start of his journey with the latest (FK8) version of the Japanese car. 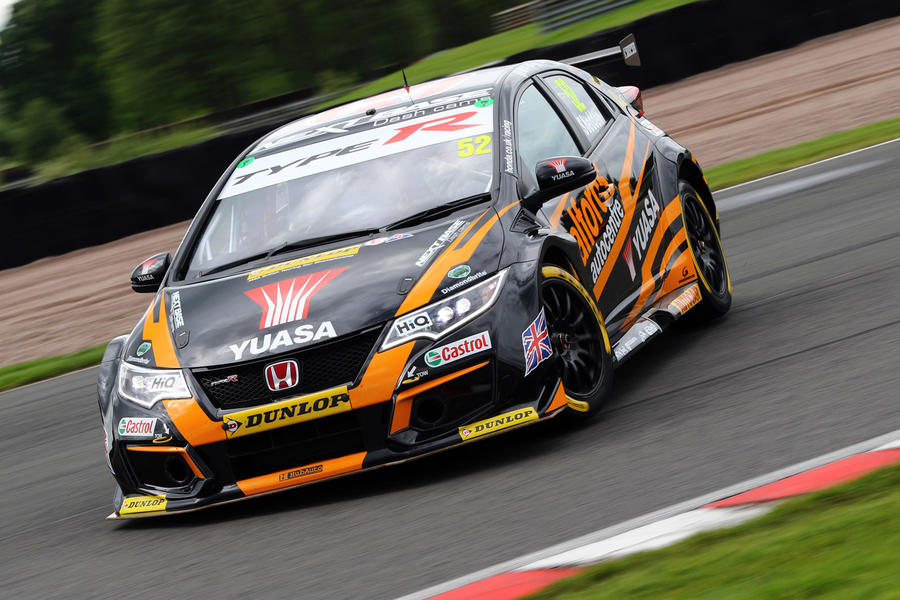 “Take into account that I will be going into my first BTCC meeting for three years and we’re going straight into a circuit at which we can’t test and I need to get on the case,” acknowledges Shedden. “But you know what? Fine, that is what it is and I’m happy. I’m ready for the challenge.

“I’ve obviously got my feel of the car from testing it already and I will be learning lessons that the team has already unlocked. The car has evolved since it was introduced in 2018, but sometimes it could have been evolution by mistake.

“The car was fast last year, for example, but it wasn’t fast everywhere. We’re trying to understand those areas where it wasn’t quick and those reasons for that. I think the team might have stumbled on some of those things last year, and it’s up to us to exploit them now. We need to take that learning forward.

“People are asking: ‘Is it the same as the FK2 [the highly successful previous Civic Type R that Shedden raced to glory in the BTCC]?’ Well, no, it’s never going to be, but it has strengths in other areas. You can tell that it’s from the same family; it just has a different heartbeat, that’s all.”

Shedden’s heartbeat is firmly entrenched within the BTCC and within Team Dynamics. His return will be welcomed by fans, and his burning ambition has only been stoked by his time away.

Five things to watch for in the 2021 BTCC 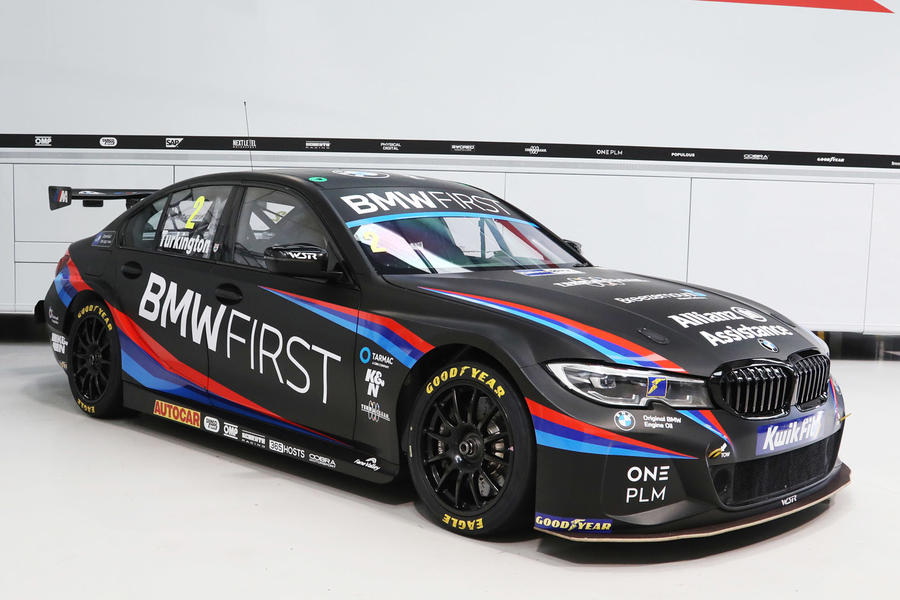 The famous five: Colin Turkington came up short of a record-breaking fifth title triumph in 2020 by 14 points. Just a week after losing the crown in the final race, he was back out testing his BMW 330i M Sport. He wants revenge. 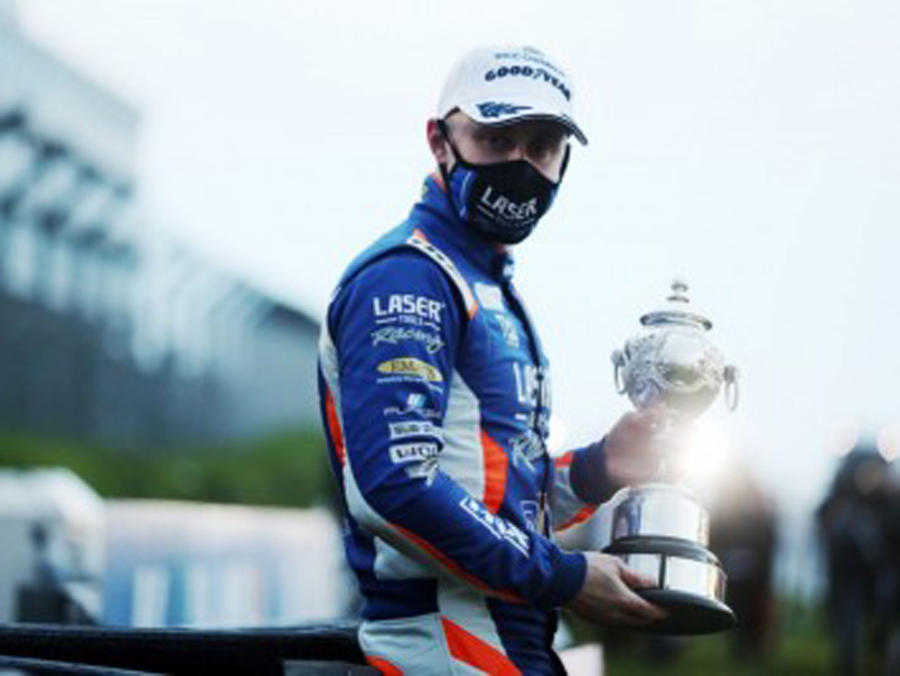 Sutton's progress: Can the Laser Tools Racing driver do it again? Last year’s title was won in a brand-new and unproven chassis in the Infiniti Q50. With a whole winter of data studying now behind the team, expect it to be even faster this season. 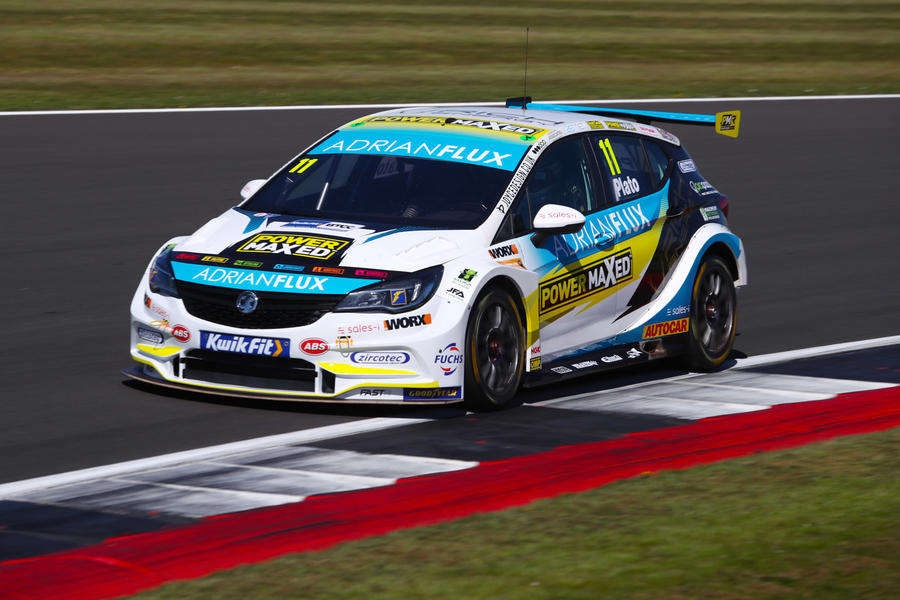 Old masters returns: Jason Plato missed the 2020 season due to the pandemic, but now he’s back and chasing a century of BTCC wins. He needs just three more and has one of the rapid Power Maxed Racing Vauxhall Astras to help him do it. 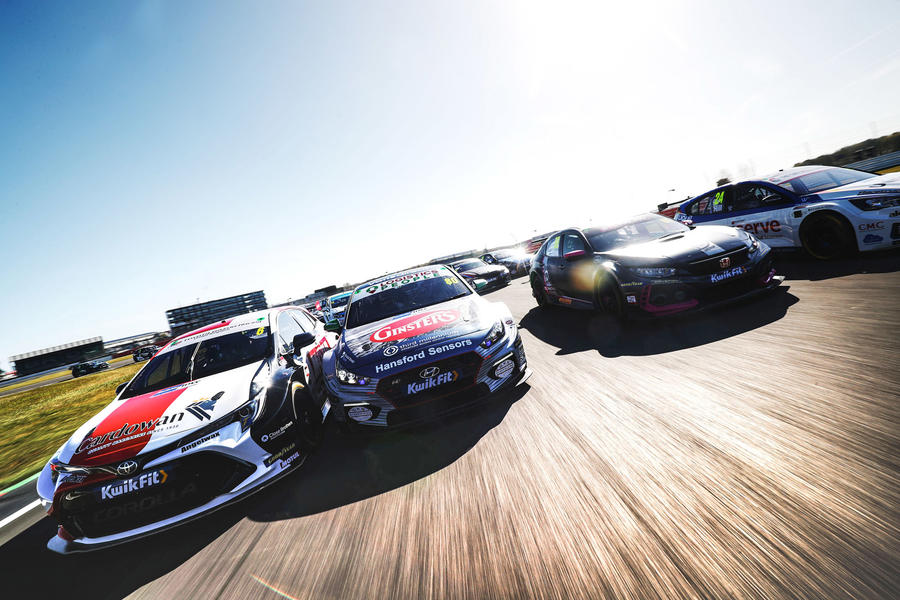 Ingram leaves home: The BTCC’s prime up-and-comer, Tom Ingram, has moved away from his long-term home at Speedworks to race a Hyundai i30 Fastback N for Excelr8. It will be a seminal season for the developing team and title-hungry driver. 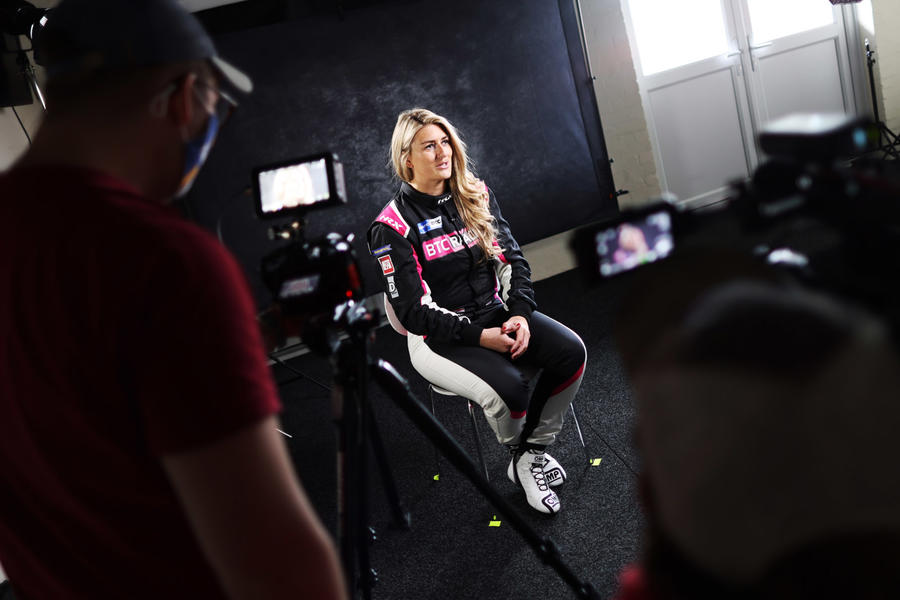 The trailblazer: Jade Edwards will start her first full season as a touring car driver with BTC Racing in a Honda Civic Type R. This isn’t a box-ticking exercise: she merits her place and will hopefully open up the sport to a new audience of female fans.