The next Porsche 911 GT3 will be innovative with its suspension system but retain rear-wheel drive and most likely a naturally aspirated engine without any hybrid assistance, according to Porsche GT boss Frank Walliser.

Speaking at the Los Angeles motor show, where the new 992-generation 911 has been revealed, Walliser said that his department “has some really cool ideas on the GT side for suspension". "There’s more potential again, and it will be very much a GT3”, he said. 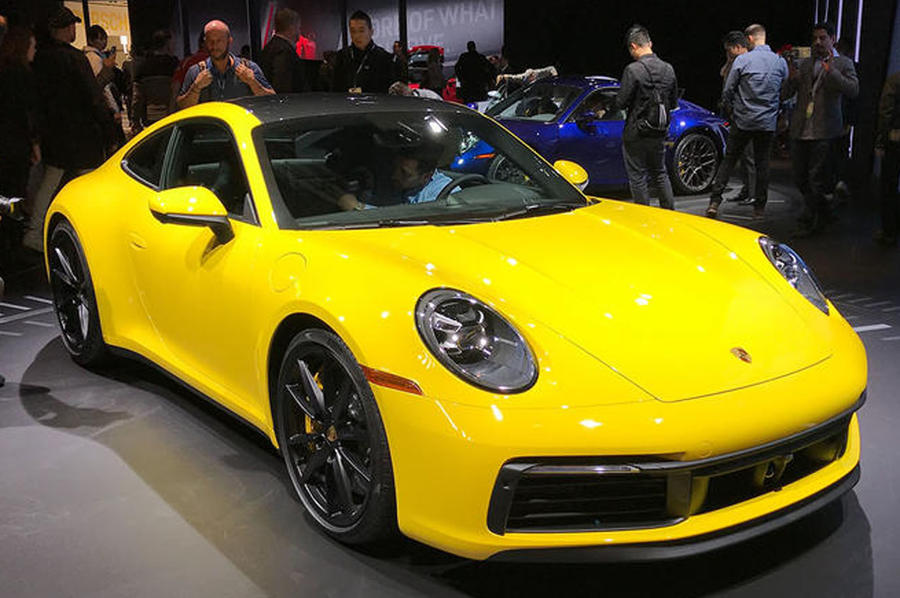 The next GT3 will arrive around a year after the launch of the standard 911, meaning a 2020 on-sale date is likely. Walliser hinted that it would retain a naturally aspirated engine and not adopt four-wheel drive, giving Porsche a key point of difference still when rivals have gone with one or both of those technologies.

“We’ve discussed four-wheel drive, but with a rear-engined concept it has a different impact than on a front-engined or mid-engined car,” said Walliser.

“Part of the GT cars is that they’re raw, they’re lightweight; four-wheel drive gives you something in the wet but adds 50kg, and you lose some of the fuel capacity of our 90-litre tank. 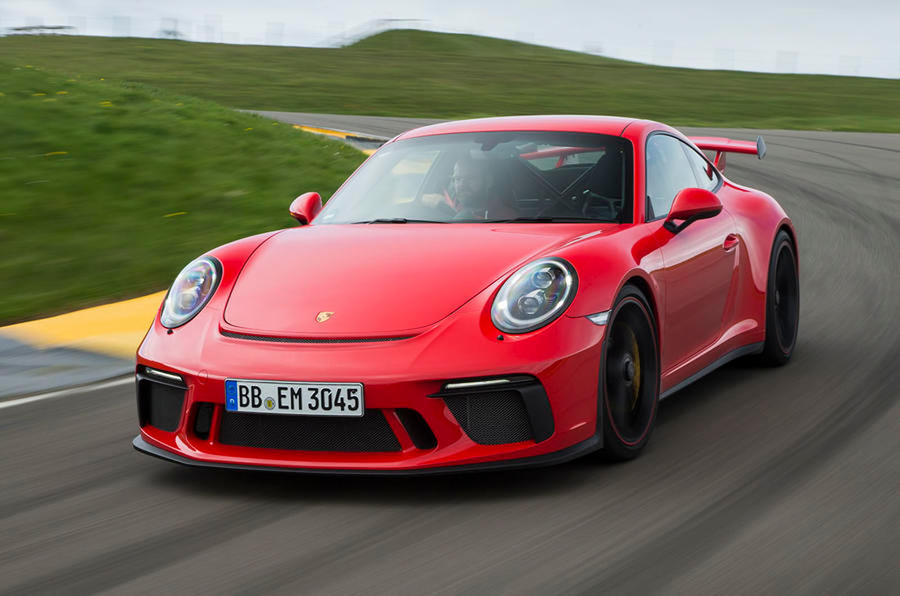 “We’ve discussed but come to the conclusion two-wheel drive on the 911 layout is best. It can handle the power, no problem, with the chassis and tyre technology all helping.”

Another topic of discussion at GT has been hybrid technology for the 911, but the conversation “has not gone from the tea kitchen to meeting rooms” yet.

“With the performance hybrid knowledge we have, what will the future GT car be like?” Walliser said. “With a GT car, it’s really simplified as giving perfect feedback and a very light design. It’s more than engine power; it’s other refinements that make a good car. 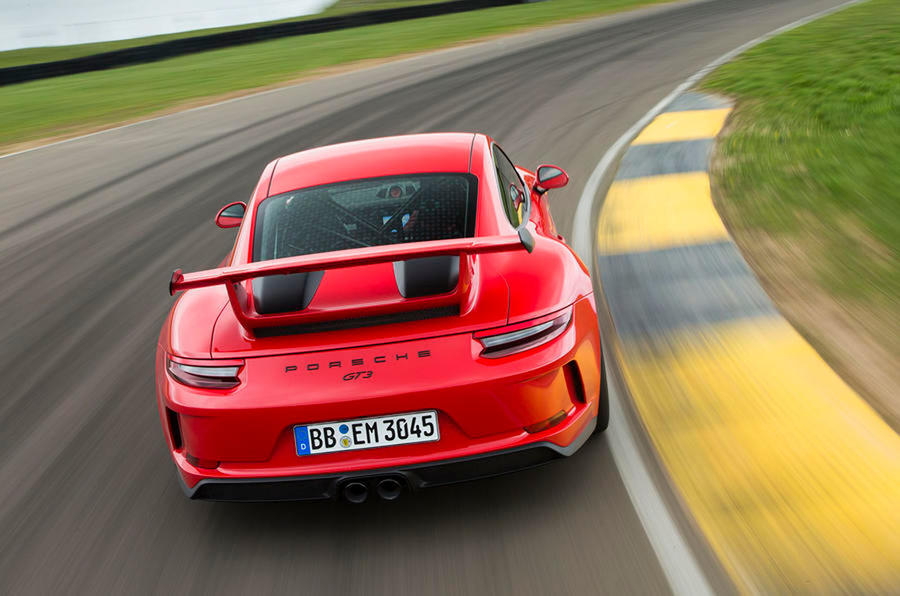 “It’s in a niche market, but it’s a big niche, and we have an asset that we don’t want to give up.”

To that end, hybrid power remains a long way off, but don’t expect to see a turbocharged GT3, either, Walliser hinted, contrary to the claims of some. “Turbo adds another 40kg, a hybrid more so,” said Walliser.

A manual gearbox is also set to be retained, after it was retuned to the Mk2 version of the 991 GT3. Around 25% of all GT3s are sold with that option and as many as 75% in the US. 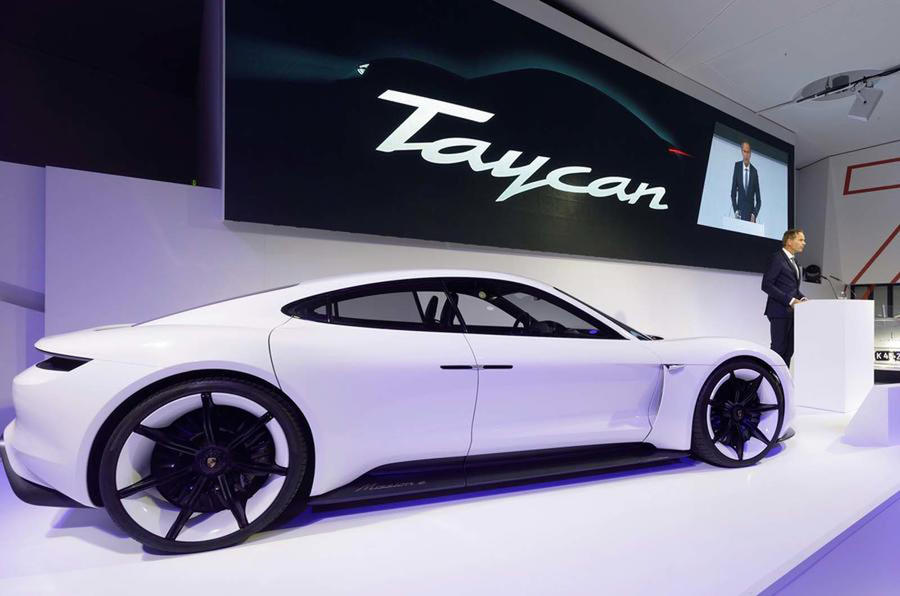 Walliser also believes that the upcoming Taycan electric car has more in common with Porsche’s sports cars than its saloon and SUV models, opening the possibility of a GT version one day. He’s also part of the wider R&D team at Porsche and has driven development cars. “In doing so, I think it is very, very close to the sports cars, closer than I was expecting,” he said.

However, the GT division has no plans yet at present to develop a version of the Taycan.

Wasn’t Autocar one of the first

Think your right on that Ryan.

Unless the legislators step in, why would AG change a recipe that produces a car which could sell several times over ?

We go through this rigmarole with every new generation.  If the EU jobsworths allow it, then we'll have NA... until a hybrid version makes a compelling case for itself.  By the time that actually  happens, given the usage and user of the GT3/RS, petrol will have been completely banned. Probably.

Exit some of the speculators!

If it is confirmed the next GT3 will remain n/a and manual/stick then many of the GT3's currently sitting around will hit the market. Won't be a flood, but should help tip prices down which will have its own snowball effect. I am curious because monitoring the used GT3's available here in the USA I have noticed a number of GT3's at dealers with low miles that are more agressively priced. Suggests n/a and manual is true. That given I would expect MSRP on nearly new cars here in USA 6 months from now.