BACK TO ALL NEWS
Currently reading: Renault EZ-Go concept aims to ‘reinvent the taxi’
UP NEXT
Bespoke ‘Silent Shadow’ to start EV era at Rolls-Royce

Renault is plotting the reinvention of urban transport with the launch of an autonomous vehicle that, it says, could become a “future icon” in cities.

Previewed in a new EZ-Go concept at the Geneva motor show, Renault’s driverless vehicle could take to the roads before the end of the next decade.

Following the autonomous Symbioz concept of 2017, the EZ-Go is essentially Renault’s answer to the Volkswagen Sedric concept. It is a six-seater that sits between private hire robotaxis and public buses and is intended to tackle the same urban transport issues as its boxier VW alternative. 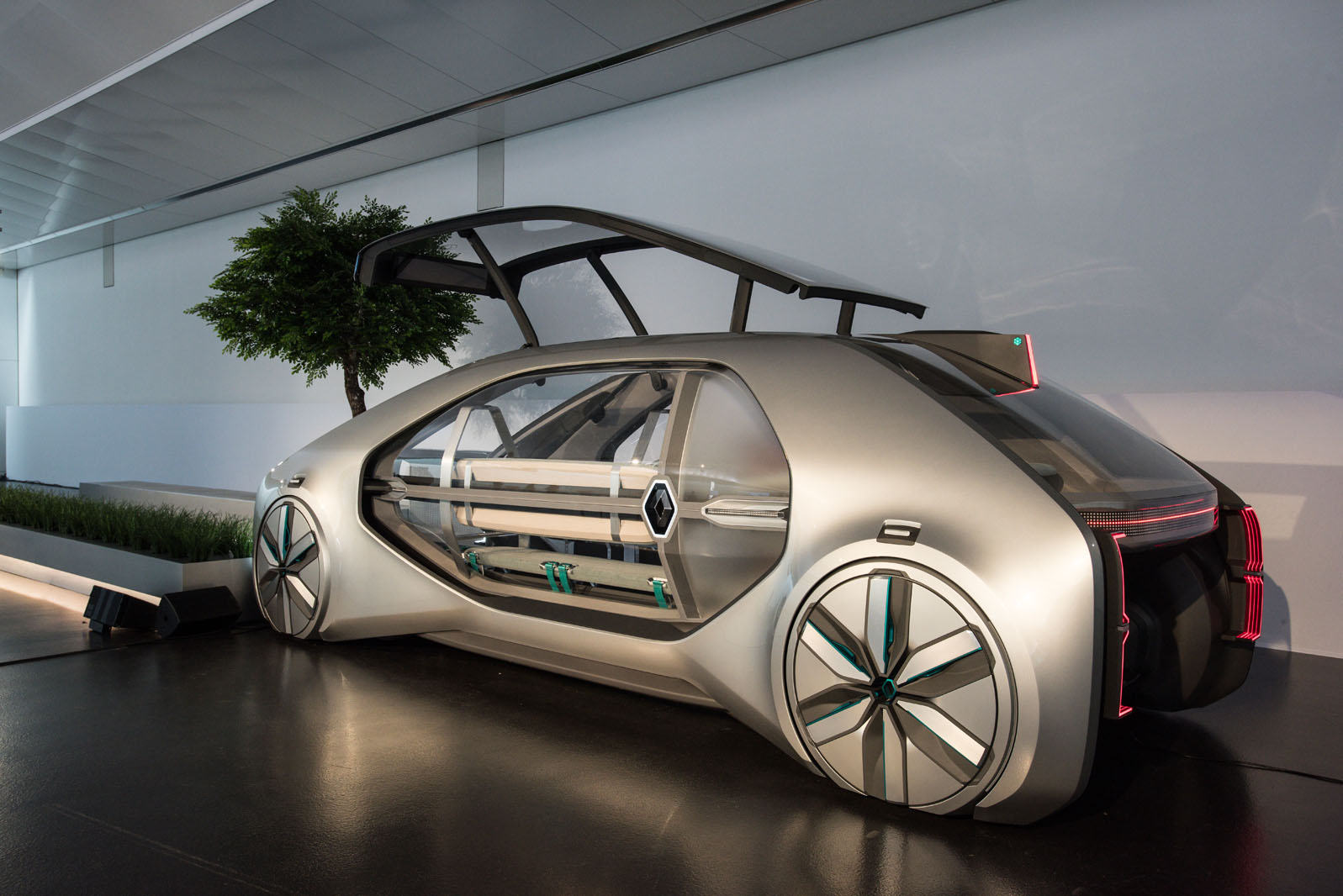 “The world’s cities are growing but our transport infrastructure is lagging further and further behind,” said Christian Ledoux, boss of mobility services at the Renault-Nissan-Mitsubishi Alliance, at a pre-launch event in Paris. “This concept previews our take on shared mobility for the future with a design that goes against the norm and takes heavy inspiration from modern architecture rather than conventional cars.”

The EZ-Go is a ride-hailing robotaxi that features no steering wheel, dashboard or other familiar vehicle controls. Instead, it has a simple U-shaped seating arrangement that places its passengers face to face.

Renault design boss Laurens van den Acker said the concept “took direct influence from the black cabs of London and yellow taxis of New York” but attempts to evolve the formula into a more elegant form. 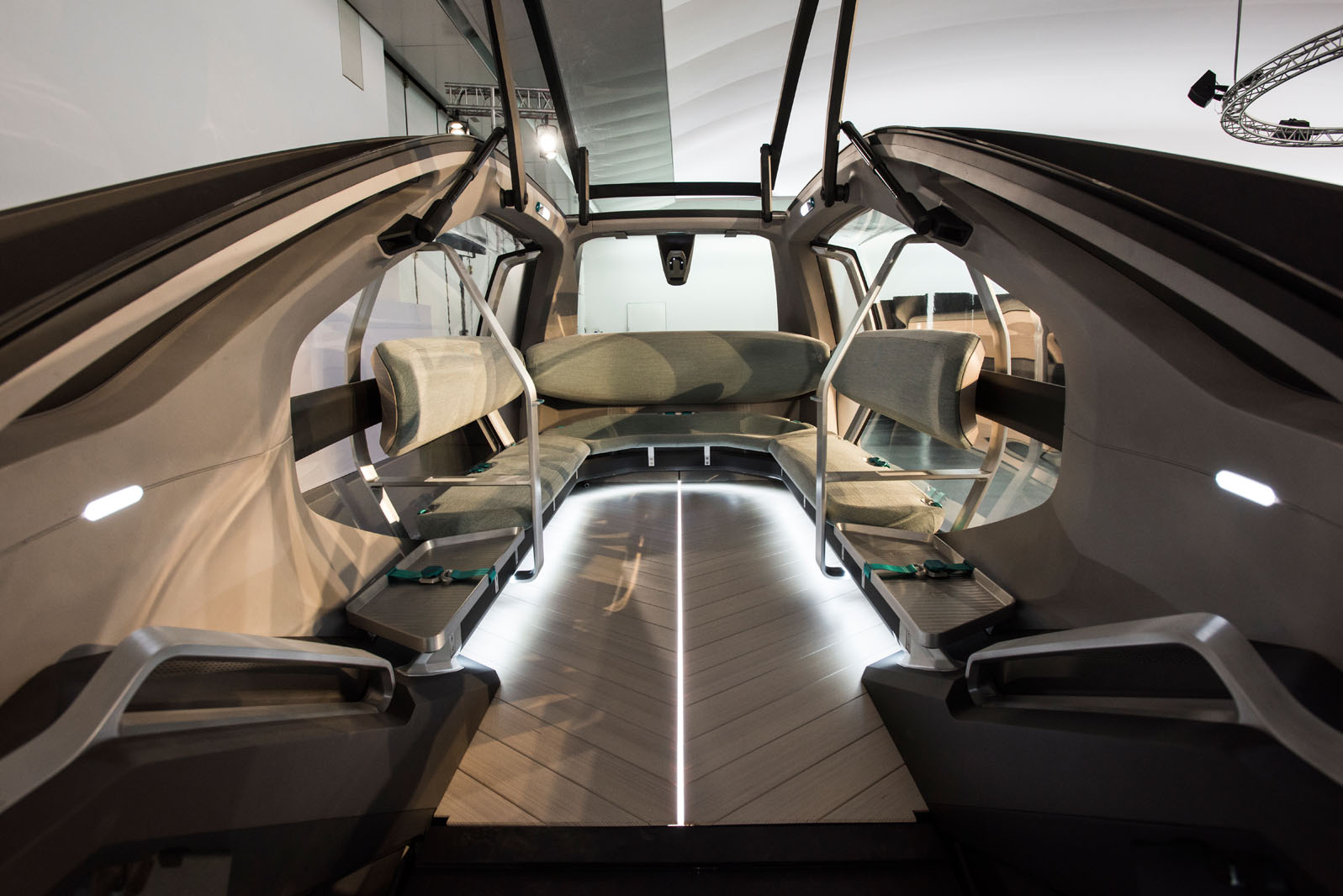 “We set out to create a larger robotaxi that is as iconic as the black and yellow taxis but one that’s a more modern, elegant expression of transport,” he said. “If I want you to jump in a Renault EZ-Go instead of a rival’s alternative, I have to attract you with its design, so that’s what you see here – our vision for future mobility.”

The EZ-Go features a large glass roof that rises and falls with the front to enable easy access to the interior. The lifting top means passengers can walk in and out without having to crouch beneath the entrance. There is also a ramp for wheelchair and pram users. 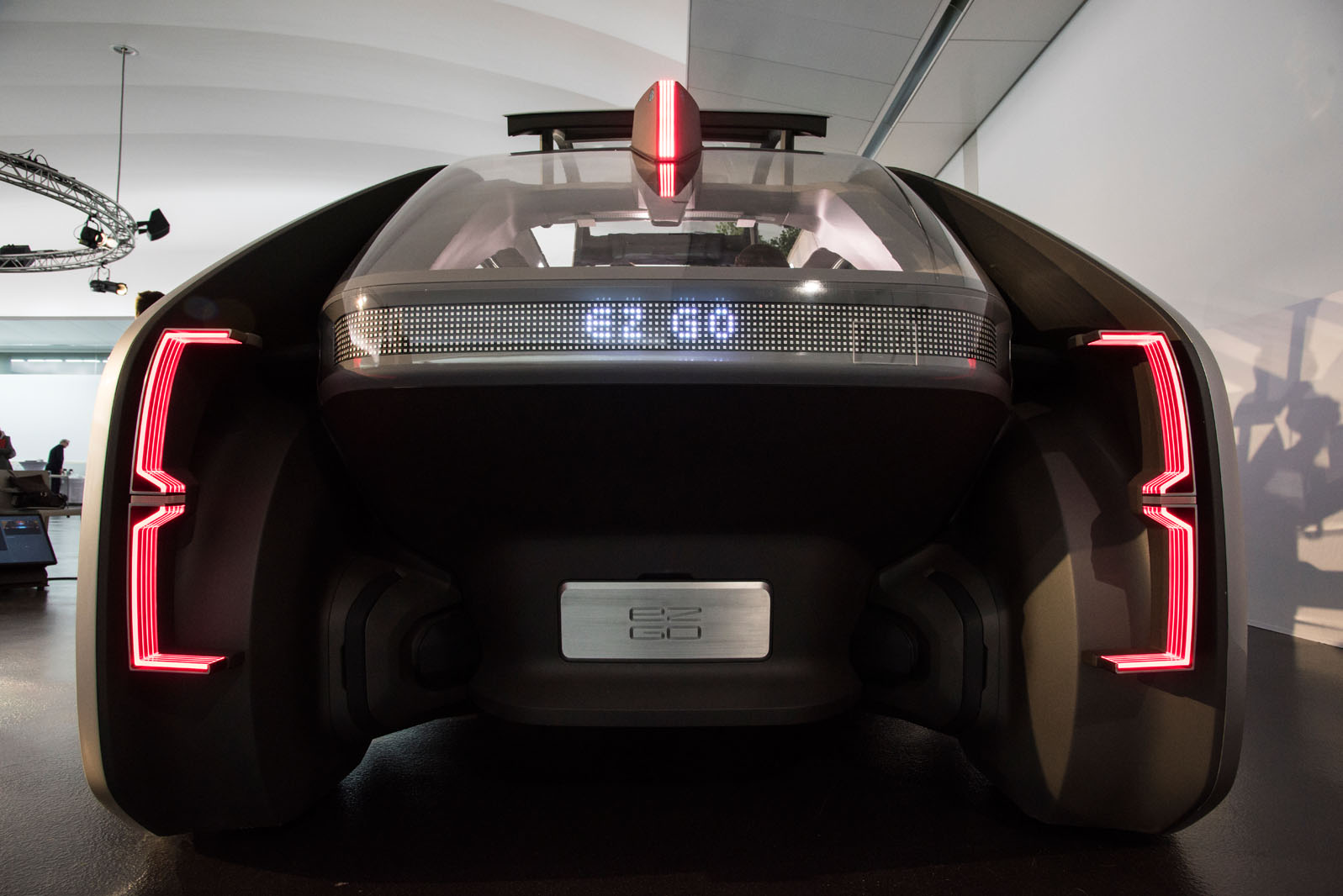 Van den Acker said a production version of the EZ-Go could be adapted for different cities thanks to the use of a flexible platform. These underpinnings would be shared with other autonomous models from Renault-Nissan-Mitsubishi, which come as part of a €10 billion (£8.8 billion) investment in its Alliance 2022 plan. “We could have different sizes and different designs for each city,” said van den Acker.

The vehicle’s electric powertrain is said to borrow technology from the wider alliance and is capable of wireless induction charging. Ledoux said it could do this while waiting for passengers at specific roadside stations, or even on the move – so long as the infrastructure to support this mobile charging is in place.