BACK TO ALL NEWS
Currently reading: Vauxhall to terminate all dealer contracts in major UK overhaul
UP NEXT
Tesla achieves best quarter on record with Q3 performance

Vauxhall to terminate all dealer contracts in major UK overhaul

During a conference call, he said notice would be given on 30 April, meaning all contracts will end on 30 April 2020.

The Vauxhall boss wouldn’t confirm how many of Vauxhall’s 93 retailers, which operate 326 retail locations in Britain, would be retained, and he denied speculation that around at third could go. “The majority of retailers who are currently with us will remain,” he said.

Norman, who has been at the helm of Vauxhall since the start of 2018, two months after parent company the PSA Group completed its buyout of the brand, said that the Vauxhall dealership network is making profit but that the decision to terminate current contracts came in an effort to boost overall profitability.

“We believe some dealers need to make more money,” he said.

In the face of this, Norman explained that dealers offered new contracts would be chosen because they rank highly for profitability, “including used car sales and after sales, as well as customer satisfaction”.

Opel, Vauxhall's equivalent in Europe, will also reduce its number of dealers, which currently stands at about 1600 across the continent, 400 of which are in Germany.

Norman (pictured below) dismissed speculation that the refranchising would lead to inevitable job losses in the UK car retail industry. Vauxhall employs 12,137 people in its UK dealer network, but Norman emphasised his belief that all dealers not provided with Vauxhall contracts would find other outlets to represent. 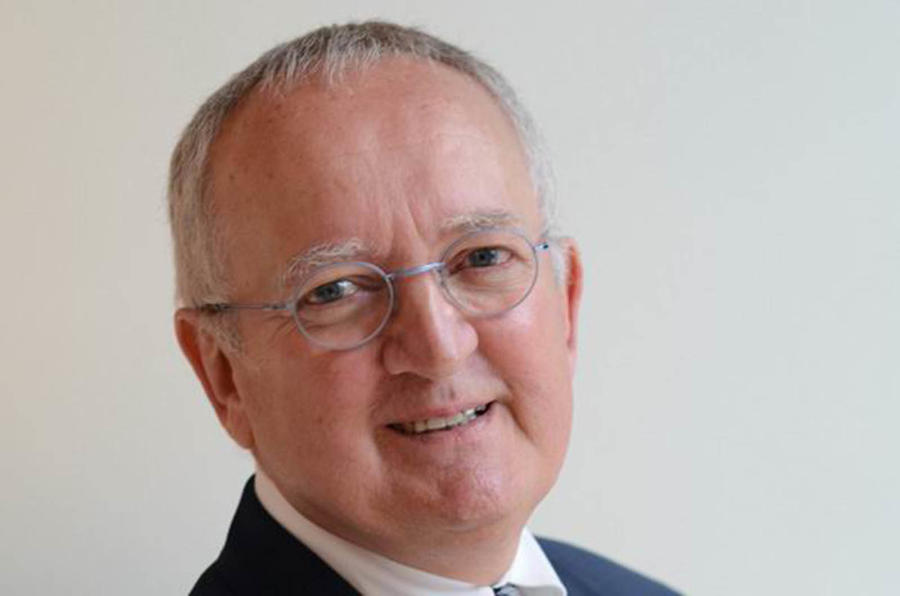 “I am not expecting any of these people’s jobs to be threatened,” he said.

Vauxhall’s dealer franchise restructuring could involve closer integration with its PSA Group siblings, Citroën, Peugeot and DS. Norman told Autocar that sharing some retail sites with its sister brands was “almost inevitable” because this option gives both Vauxhall and Opel “a flexibility that we didn’t have before”.

Refranchising is just one part of the big changes afoot for Vauxhall. Norman plans adjustments to the company’s commercial, pricing and advertising policies. The brand recently announced that its Luton plant would build PSA vans from 2019, essentially confirming the future of the site for a decade.

But a decision for the future of the brand’s Ellesmere Port factory won’t be made until 2020. The site, which builds the Astra, cut 400 jobs from its workforce last year. It now operates with one shift per day, rather than two.

The changes come as part of the PSA Group’s plans to boost efficiency in all brands, outlined by its Push to Pass business plan that was announced by chairman Carlos Tavares late last year.

PSA are simply doing what was needed.  GM believed in volume ie pile ehm high and give massive discounts hence why Vauxhall/Opel are making a loss on cars.  PSA are now going to stop all of that and keep the dealerships that make the most profit, makes sense.  Additionally they want to pair them up with the PSA dealerships make sense again.

As for all those typical fols who say kill the Vauxhall name and use Opel... why?! Vauxhall has a loyal following and the products are getting better and from the talk of PSA they will get the tech GM denied them which can only be a good thing.

From my experience of Vauxhall dealers they just want sales figures and are not interested in selling higher spec (more profitable) cars.  They just sell the bulk bought mid spec model that then devalue the rest.  If PSA can get Vauxhall back into profit like it did with the PSA brands then things can only get better

Only ONE set of dealerships required

For a single company - VPSA - there is the requirement for one set of outlets not three, so all the dealerships will become 'PSAV' or VPSA if you prefer.

Way back when BL did the same, those left with nothing to sell took Korean and Japanese makes on, so it all backfired in the end. Maybe Ssangyong would appreciate a few more dealers to switch over.

Spot on - the dealers BL ditched were often the smaller ones with higher service levels and their customers went with them to the new franchises they took over. It seems counterintuitive to make it more difficult for customers buying your product to reduce their choice of dealership and make them travel further. It makes it easier for lazy HQ administrators though. That's not to say that some Vauxhall dealers need ditching!