BACK TO ALL NEWS
Currently reading: Vauxhall can be Brexit survivors, claims PSA boss
UP NEXT
First drive: 2022 BMW XM prototype

PSA Group boss Carlos Tavares has reiterated his belief that Vauxhall could be “the only survivors” of the British car industry following Brexit.

The threat of a no-deal Brexit has been a major concern for car firms, due to the potential impact it could have on supply chains. Both Toyota and BMW suggested during the Geneva motor show that they could shift production out of the UK.

Tavares has previously warned that Brexit could potentially lead to the closure of Vauxhall’s Ellesmere Port plant. But speaking at Geneva, he emphasised that Vauxhall’s British heritage could be an advantage, and might leave its Ellesmere Port and Luton plant as the only remaining volume vehicle factories in the UK.

“We are ready for both scenarios,” said Tavares, adding: “no deal is not acceptable.”

He continued: “We love to make cars in the UK. But can we do it without penalising other [PSA Group] employees? If the politicians do not come up with a deal, we are introuble. But Vauxhall is doing the right things. We will decide after Brexit.”

Tavares first suggested that Brexit could be an 'opportunity' for Vauxhall during a press conference on PSA’s 2018 results, when it was announced Vauxhall-Opel had posted a profit for the first time in 20 years

He admitted that Brexit presented a “headache” in terms of supply chain and that the firm was already positioning inventory to try and cope with such a scenario – but added his belief that Vauxhall could be positioned to benefit.

“One direction is to say it is going to be a headache in terms of supply chain,” said Tavares. “We have been taking some decisions on that matter and moving inventories to where they should be if that time-lag is going to appear. 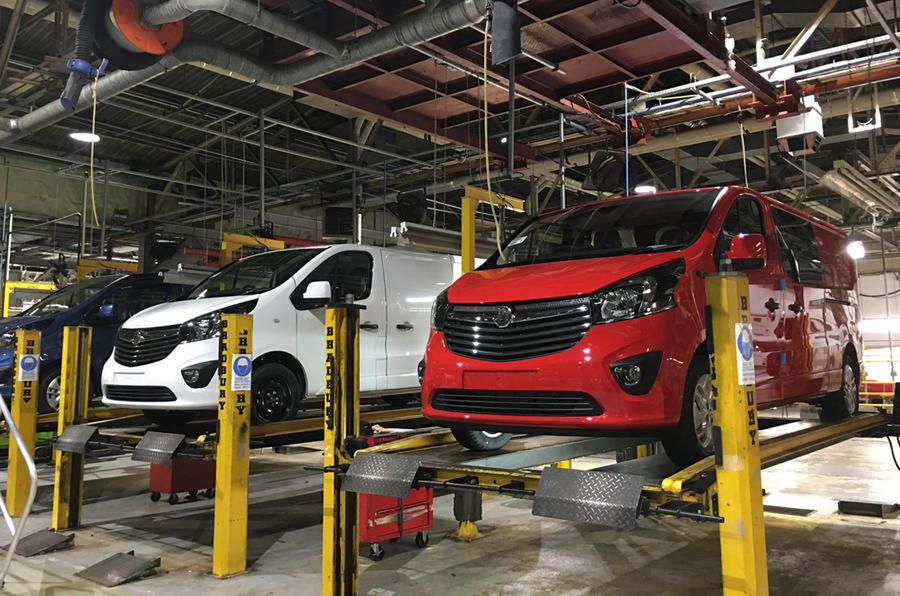 “We can go on the dark side and say ‘perhaps we have to shut down plants’, and if we have to make difficult decisions we will. But on the other side, let’s not forget that we have the Vauxhall brand, which is warm to the hearts of UK consumers. Having a British brand like Vauxhall is a significant asset, and something that is unique to PSA.

“We may have almost the opposite opportunity, which is to be the survivor of the automotive industry in the UK. We may be the ones who have the best opportunity to survive and make a business out of it.”

Tavares added that Vauxhall had actually grown in the UK since the vote to leave the European Union. “Since Brexit was announced the overall profitability of the passenger car business in the UK has doubled, our market share has improved and our customer satisfaction index has improved,” he said.

“That is very surprising, because since we announced Brexit we have all spent our time saying ‘it’s going to be a nightmare, it’s going to be difficult, blah, blah blah,’ and sterling has lost significant value – and and all of this is true. But the reality is that we have adapted our sales channel mixes, we corrected our pricing, we made cost reductions, we tried to be more thoughtful in the way we do business, and since Brexit was announced our profitability in the UK doubled.

“That means there is no limit to the talent of people. I am not facing Brexit always on the dark side of this outcome: there may be for the Vauxhall brand an opportunity for us. We are managing our marketing communications in the UK in a way that is very supportive of a British brand in the UK.

“We prepare for the two outcomes and will deal with them when it comes up. Most probably there’s going to be a delay, which gives us a little more visibility for 2019.”

Vauxhall to cut hundreds of jobs at Ellesmere Port in 2019​

Let me explain it for people

Let me explain it for people who don't understand.  If there is no deal, it means that anything that leaves these shores and goes to an EU country, the EU will impose a tariff (tax) on it.  So any Vauxhall car being built here will cost extra to anyone who buys it - who lives in the EU.  It's an 'import tax' in effect.  It makes the purchaser pay extra for having the temerity to buy something outside of the crazy EU club.  Now, we can reciprocate.  We can say that anything made in the EU reaching these shores gets 'taxed' the same.  Stupid, isn't it?  It would be better to have zero tariffs.  Anyway, such is life.  But the problem is that people think a no-deal is the end of the world.  It isn't, it justs means that some companies MAY leave the UK (they may not).  A no-deal allows us to keep our £39 billion (which the EU desperately needs) and we simply revert to World Trade Organisation rules - which covers the majority of of trading already!  NO ONE said that there would be no disadvantages to leaving the EU, but as we already know, there are lots of advantages, and anyway it's what people voted for.  A few companies leaving (if they did) isn't going to do much to our economy, since we already have the lowest unemployment since 1975, and we've never had so many people employed...ever.  Tax receipts (a barometer of how a country is doing) are up 14%, and European companies have DOUBLED their investment SINCE THE VOTE!!! in the UK despite the upcoming brexit.  The fact is that Britain is doing really well, and a few companies leaving would not put a dent in that.

"..and since Brexit was announced our profitability in the UK doubled."

1. They tarted up the books to show a profit.

I reserve judgement until sometime after March 29th - I don't think the world will cave in but it will be a slow burner.

I have no negative feelings

I have no negative feelings towards vauxhall and whilst they're french owned some are british cars as here is where they're made. The issue I have with owning a vauxhall is my local dealer is a waste of space.