A fast-acting carbon ‘ultra-capacitor’ that could take 30% off the weight of a lithium ion EV battery pack is under development in France.

The ultra-capacitor, which is built using carbon and graphene nano-technology, is claimed to store and discharge electrical energy much more quickly than a lithium ion cell.

“Our advantage is the speed of charge and discharge,” said Ulrik Grape, chief executive of NAWA Technology, the company responsible for the device. “Our carbon battery can pick up energy from regenerative braking and supply it back to the motor very quickly.”

Ultra-capacitors offer very fast energy transfer but don’t have a large storage capacity. According to NAWA, the ultra-capacitor could be integrated into a lithium ion battery to provide instant power for improved performance, while reducing the number of charge and discharge cycles the main battery performs, thus extending its life. 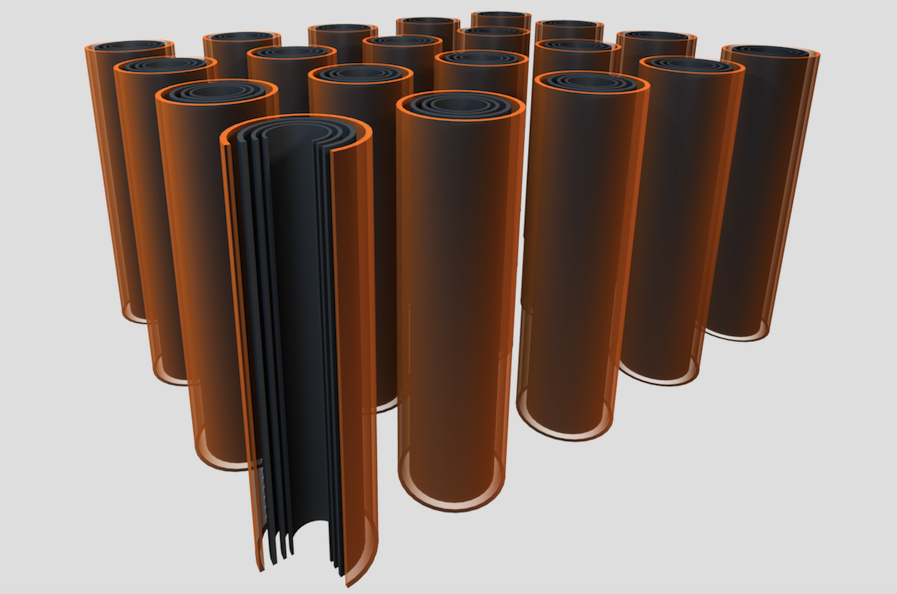 It is claimed that a simulation on the battery pack of a Formula E racing car modified to include a NAWA ultra-capacitor demonstrated the same performance and range but weighed 30% less.

Pininfarina: why the design house is making an electric supercar

The design of the ultra-capacitor is said to be unique. It offers a higher stored energy density than rivals by combining an electrolyte with microscopic coatings on the billions of carbon nano-tubes inside the stack.

NAWA is looking at developing the design for production. It said it is targeting premium European car firms first with the “aim of full production in 2022”, although it expects to start making capacitors for power tools and material handling firms next year.

One option is to mould the nano-tubes into body panels. Last year, Lamborghini showed the Terzo Millennio concept, built in conjunction with the Massachusetts Institute of Technology, that had bodywork made of carbon nano-tube ultra-capacitors.

Audi 'reinvents' design and manufacture processes ahead of EV launch

Seems a bold claim to make

As the article states, ultra capacitors offer very fast energy transfer but don't have large storage capacity. So the benefit is that by relieving the battery of some workload, it can be made smaller and lighter (by 30% it says). This is admirable, but it's hard to equate this with a "drastically" improved range. as they say, you can't minituarise the watt!  .

Wouldn't it extend range by

Wouldn't it extend range by virtue of better conversion of regenerative braking power? Also wouldn't being 30% lighter improve range too?

Yes, but it's the word drastically that i think is misleading. If the main battery can be made lighter too, that is a good thing - but remember if it is 30% lighter, it will store 30% less energy, all things being equal.

I would have thought that the best application  would be in mild hybrids, where a small lightweight ultra capacitor would be more useful than the big heavy batteries currently used.

Have to start somewhere.....

This on the face of it sounds a promising start, the whole idea of a pure EV is to provide clean quite transport with decent range for all, at the moment it’s not quite there People are still suspicious and at the moment there aren’t enough on sale at a feasible price for most to buy. I drive a 2 litre Car just now which gives me a range of 550 odd miles, this is the range Ev’s need to half.

Genuine 150 miles is enough for some

Companies are beginning to supply different battery sizes already so for some people obviously the smaller battery is enough for their needs, especially 2 car families. Apparentently there'll be a LEAF with a bigger battery soon but it will be sold alongside the current version. It's down to your needs and cost.

An interesting development but it sounds years away still.

I'm not sure that it is just range anxiety that is holding back uptake of EVs. The ability to refuel/recharge easily and relatively quickly whilst on the road are also factors. This is a given with ICE cars, but how often are recharging points out of order or occupied by other vehicles (not just EVs). Our local railway station has 4 charging points but they are out of order more often than not. This just isn't a concern with ICE cars and needs to be addressed for EVs to take off.

EV's with good range but that

9 May 2018
EV's with good range but that are not hugely pricey premium models are coming!, Kia Niro later this year with 280 miles on a charge on the WLTP test cycle, 240 on the tougher US cycle. A 25 minute rapid charge top up on route will get most people around happily on most trips. Many using mostly locally could go days between charges. Wont be a slow milkfloat either.. 200bhp.

They're not used that often and only then as a top up. And why would you when they charge more than 3 times as much as charging at home overnight (£0.08 a kilowatt hour). Afterall unless you absolutely had to would you fill up at petrol station charging £18 a gallon?

Also, wIth ICE cars having 98% of the market and EV's going further with every new model you can't expect charging stations all over the place, give it time and they'll start popping up, but only ever for top-ups!

People wan to charge their EV as quick as filling your Tank with Petrol or minutes that’s what we’d want with an EV Car, when can we have this?

People wan to charge their EV as quick as filling your Tank with Petrol or minutes that’s what we’d want with an EV Car, when can we have this?