BACK TO ALL NEWS
Currently reading: Lamborghini Terzo Millennio concept revealed
UP NEXT
Toyota bZ4X deliveries still on hold after wheel detachment concerns

The Terzo Millennio - meaning third millennium - is all-electric, with in-wheel motors providing power, and the ability to control how much torque each wheel has. Lamborghini has not specified how much torque the motors produce, however.

Two main focuses are present - next-generation energy storage systems and future innovative materials. Lamborghini worked with two separate MIT labs on the two, financing the projects itself. The former is worked upon by the Dinca Research Lab, named after and led by chemistry professor Mircea Dinca, while the latter is dealt with by the Mechanosynthesis Group, with by mechanical engineering professor Anastasios John Hart leading the department.

A kinetic energy recovery system is also used, to give extra power to the lightweight supercar, and a super capacitor is planned for the model, although the brand admits that battery technology is not currently where it needs to be. It aims to develop a super capacitor for a leap in power density. MIT isn't working on this element, however.

Structural components double up as the car’s battery pack to shed weight - another area where Lamborghini alleges the current technology isn’t up to scratch. The rest of the car is made of carbon fibre, although sensors allow the car to monitor the structural integrity of its own body, detecting damage and cracks in the bodywork. The car can then 'self heal', thanks to chamicals in the micro-channels of the carbon fibre bodywork. Lamborghini's work with MIT looks to develop new and alternative methods of producing carbon fibre. 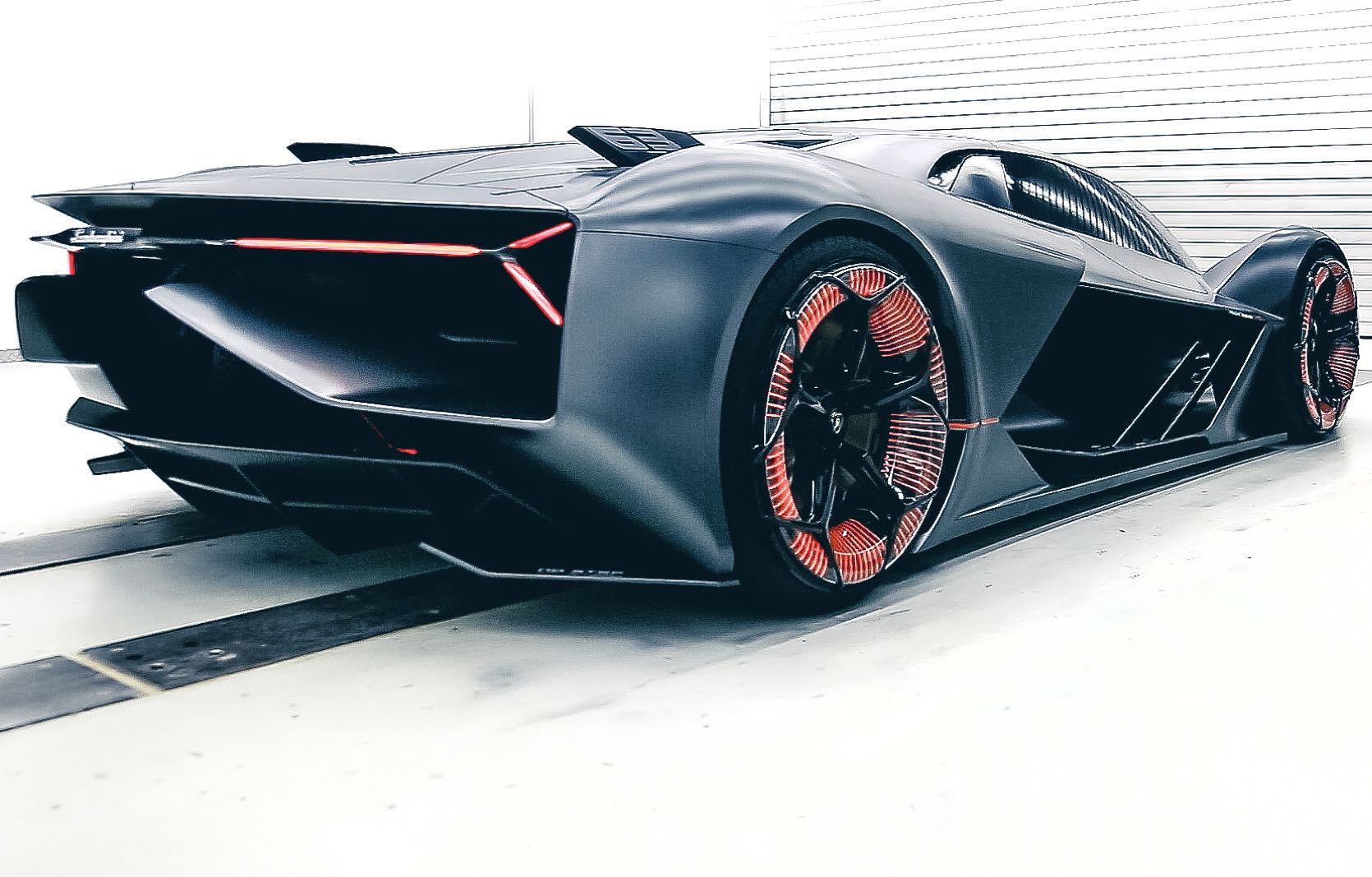 Without a traditional four-wheel drive drivetrain running the length of the car, Lamborghini was able to design the car’s body to suit aerodynamics. This is another area highlighted for further development, as is the sound of the car.

“The adoption of an electric power train requires to define a sound able to substitute the one of today’s V12,” Lamborghini admits, although it does not go so far as to explain what kind of sound will be produced by the concept. The only detail about the interior is the car's virtual cockpit, which allows the driver to be virtually taken around famous circuits, and through augmented reality, follow a 'ghost car' akin to racing video games.

Lamborghini chairman Stefano Domenicali said: "Collaborating with MIT for our R&D department is an exceptional opportunity to do what Lamborghini has always been very good at: rewriting the rules on super sports cars. Now we are presenting an exciting and progressive concept car. We are inspired by embracing what is impossible today to craft the realities of tomorrow: Lamborghini must always create the dreams of the next generation.”

Gallery: the cars of the Lamborghini Museum

What dream cars are made of!

Wow, thank god Lamborghini exists to make such phenomenal cars, whether they be concept cars or road cars.

That's all right, then

Fortunately, since electric cars are a doomed plot by lefties attempting to take freedom of movement away from the people, we'll never have to suffer seeing this repulsive bleeder on the roads.