BACK TO ALL NEWS
Currently reading: The hunt for new car tech: Why Skoda is backing start-ups in Israel
UP NEXT
The next Hamilton? Autocar meets F1 prodigy George Russell

The hunt for new car tech: Why Skoda is backing start-ups in Israel

Israel’s car market is tiny, with just 271,321 sold last year, and the country has absolutely no car industry of its own. Yet the Israeli city of Tel Aviv is fast becoming an automotive hotspot, with major manufacturers racing to establish a presence there.

Their interest lies in Tel Aviv’s thriving start-up scene, which is developing both software and hardware that can be applied to the car industry: a notable example is navigation app Waze. Of more than 6000 start-ups in Israel (a number second only to Silicon Valley), around 640 are working on automotive projects – and more are working on technology that could ultimately be applied to the industry.

With electrification, autonomy and other developments forcing car makers to look to the tech world for help, there is a race to find and identify start-ups with systems that could accelerate progress. Car firms have realised they can’t develop all the technology needed alone. That’s why, as Skoda boss Bernhard Maier explains: “Silo thinking is out, and partnering is in.”

But dealing with small, fast-paced and volatile start-ups can be a challenge for lumbering car behemoths, with their massive infrastructures and long production lead times. So, in 2016, Skoda established a stand-alone company called Skoda Digilab, initially with just six staff. It is not an investment vehicle: instead, it is tasked with finding startups developing technology that could benefit Skoda, and helping them with product and business development. 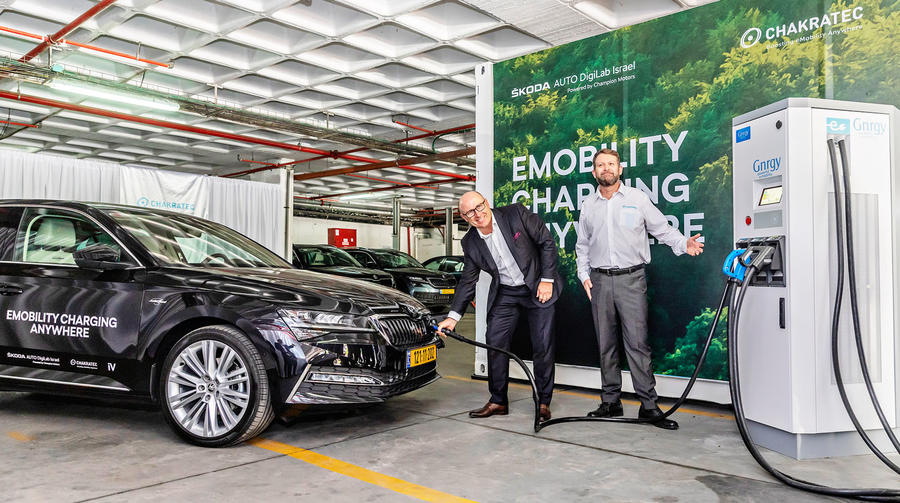 There are now three Digilab locations: in Prague, Beijing and, since 2018, Tel Aviv, where the operation is run in partnership with Skoda importer Champion Motors. “We decided we needed to be where the innovations are born,” says Skoda Digilab boss Jamila Placha.

Skoda has particular reason beyond start-ups to be interested in Israel: it is the biggest-selling European car firm in the country, and fourth overall, with 21,057 sales there last year, buoyed by historical ties between the Czech Republic and Israel.

The particular appeal of Israel is the sort of technology being developed, which stems from the company’s history and ideology. Israel presents itself as a ‘start-up nation’, which results in a stubborn, determined mentality, with people encouraged to develop and champion ideas without worrying about failure. And with few natural resources and inhospitable terrain, the government has identified and pushed technology as a way of growing its export economy.

Israeli start-ups are particularly strong in cybersecurity, artificial intelligence and sensor-based hardware, largely based on systems and technology originally developed for use by the well-funded Israeli military. “The fact Israel start-ups are not just about software but hardware makes it different from elsewhere in the world,” adds Placha. “That’s why we chose to come here.”

Another difference is that, thanks to Israel’s compulsory military service and push for higher education, the average age of a start-up founder is about 40, much higher than elsewhere. “It means they’re more mature, with better-developed ideas,” says Placha. 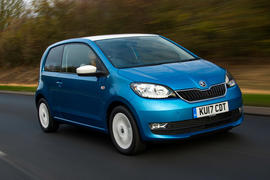 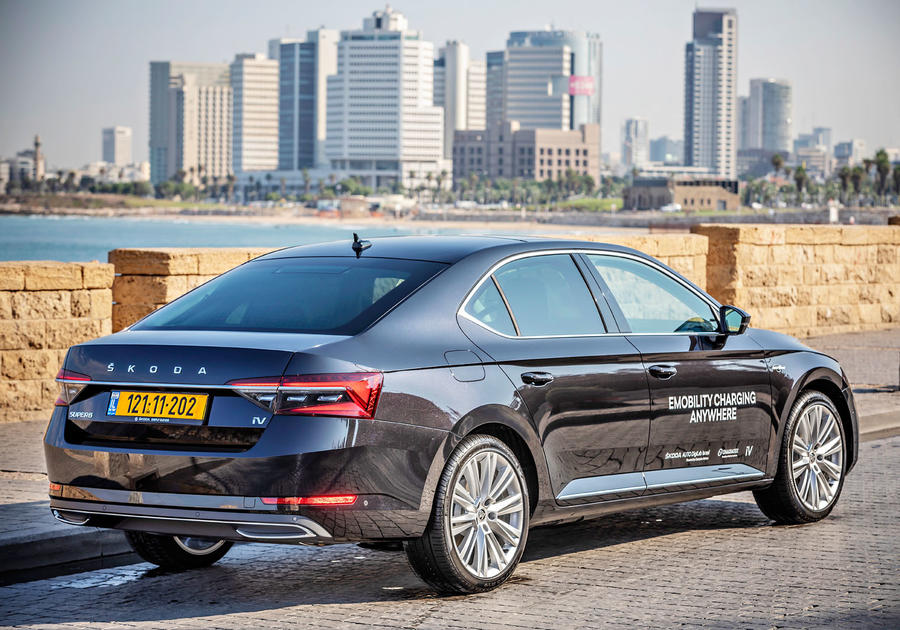 The Tel Aviv Digilab essentially comprises four people, whose role is to scout start-ups and build connections. It’s a more broad role than just looking for technology that could be fitted to the next Kodiaq: Skoda’s digital team constantly reviews business needs across its company – ranging from car tech to production and even HR – and tasks the Digilab with finding start-ups that could help. The Digilab’s role, as Maier puts it, is to “listen to problems in the company, and to go and find solutions to bring back”.

It does that by helping start-ups to develop their businesses to grow and attract backing. The goal is for the technology those start-ups are working on to be adopted by Skoda and, ultimately, other brands in the wider Volkswagen Group. Skoda isn’t the only VW brand active in the Tel Aviv tech scene, or scouting start-ups more widely. While each brand has been given a particular focus (Skoda’s is cybersecurity, Audi leads on autonomy), they have freedom to consider all start-ups, given that everything, ultimately, feeds to the wider group.

Maier insists the goal of the Digilab is not to find firms to buy, but to find technology that can improve its vehicles, services and business in the future. But he adds that “if we are really interested in an idea, we would not resist investment”. Skoda has just taken a stake in Anagog, which uses existing sensors in a smartphone to collect and map anonymised data. That data can be used in numerous ways; Skoda will initially use it in its CityMove app to help plot routes through Prague across different transport types.

The simple fact Skoda is developing an app that might encourage users to choose a transport method other than a car shows the changes the car industry is undergoing – and illustrates why car firms are looking for new answers in a country with little automotive heritage to speak of.

But Maier insists that, while the firm is looking to Tel Aviv’s start-ups to help it push into new areas, it does so with its long-held approach in mind: “We think it’s simply clever to look at practical, pragmatic approaches that will make customers’ lives better.”

Chakratec: The firm has developed a kinetic energy-based EV charger that allows for fast charging in areas lacking high-speed infrastructure. Skoda has installed a charger in Prague. 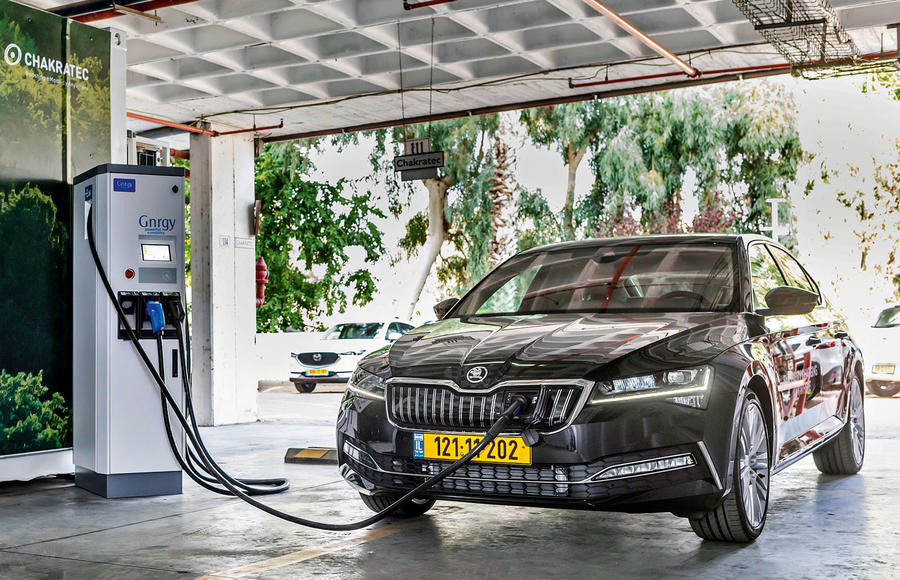 Silentium: A headphone-style noise cancelling system for car cabins, which also enables occupants to listen to different music without headphones. A software-based solution, it can work with existing audio systems. 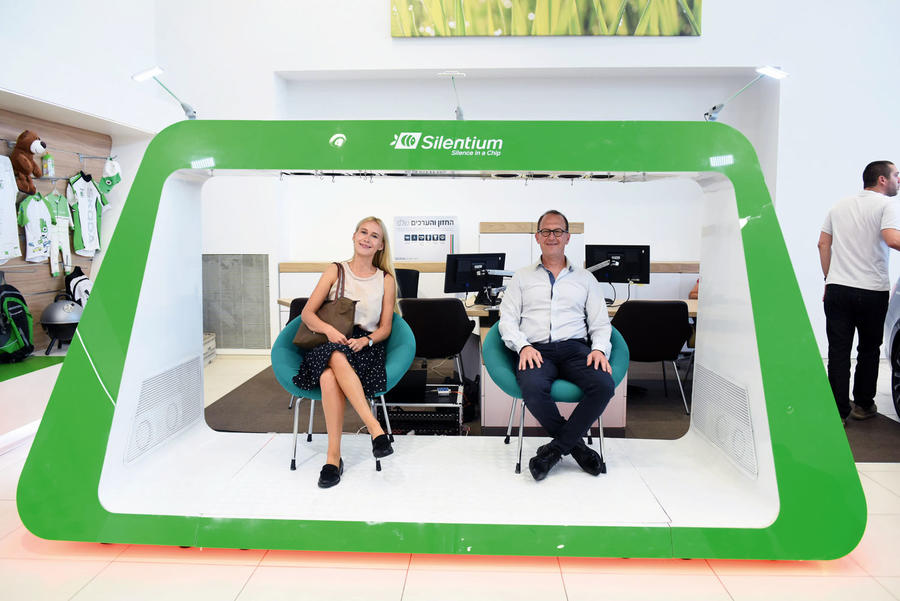 Seebo: Uses predictive AI technology to map production processes, suggesting ways to improve quality control and for predictive maintenance. Skoda is interested in the system to optimise its production lines.

Guardian: Has produced a ceiling-mounted optical in-car sensor that can monitor every person in a car. It can be applied in numerous ways, from judging occupants’ weight for correct airbag deployment to ensuring drivers are paying attention. 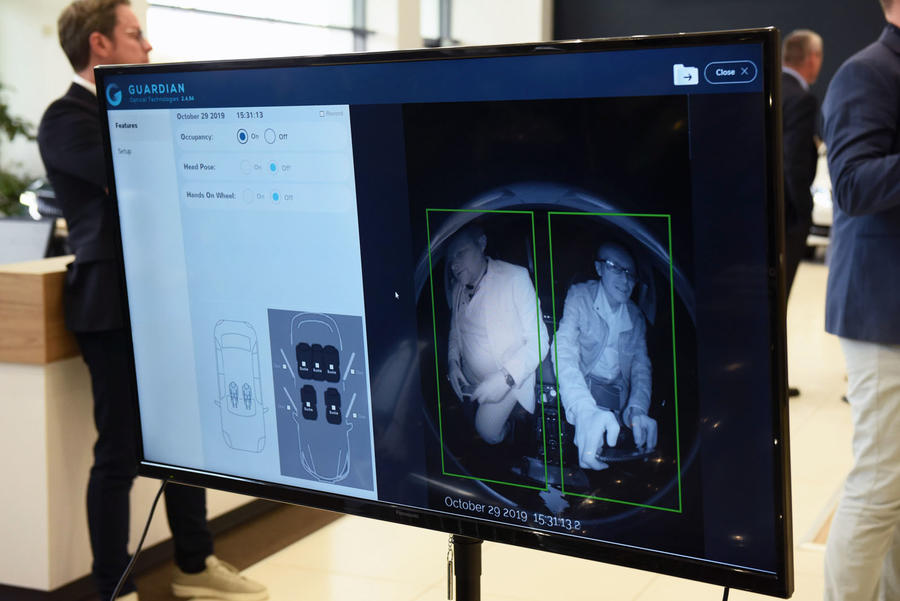 Intervyo: Skoda isn’t just interested in car tech: Intervyo has developed an AI-based automated interview process that can be used to identify the most talented candidates from large application groups.

A bit big brother with some of the ideas?, well, I don't want to feel I'm on parade at all times watching what I say and do, I don't want anyone else to know personal stuff either, I can see the idea of fully autonomous vehicles in heavily trafficked areas, fully autonomous may well make journeys less stress, but, you won't get there any quicker,and, I think there's a limit to how much tech we really need in a Car.

A bit big brother with some of the ideas?, well, I don't want to feel I'm on parade at all times watching what I say and do, I don't want anyone else to know personal stuff either, I can see the idea of fully autonomous vehicles in heavily trafficked areas, fully autonomous may well make journeys less stress, but, you won't get there any quicker,and, I think there's a limit to how much tech we really need in a Car.

Nonsense, you don't know what you need, until someone comes along and tells you. What have you got to hide when you're driving anyway?. Come to that, no-one would be in the least interested in finding out. :)