BACK TO ALL NEWS
Currently reading: Analysis: Why sales are sliding for non-premium SUVs
UP NEXT
High-riding Porsche 911 prototype hints at rally-inspired variant

Analysis: Why sales are sliding for non-premium SUVs

When it comes to large crossovers, there are two trends that have been universally acknowledged: first, the market just keeps on growing, and second, it is the one place non-premium brands can succeed, as Hyundai and Kia have demonstrated. But now it seems the good times for non-premium models may be over.

In the first quarter of this year the segment, made up of such models as the Hyundai Santa Fe, Ford Edge and Skoda Kodiaq, fell by 18.9%. The sales figures for the past few years tell a similar story: non-premium models are falling, while premium ones are going from strength to strength (note that figures include crossovers such as the Edge and SUVs like the Santa Fe – the distinction between crossover and SUV is not relevant in this context).

To understand the answer, it is worth going back to the long-term trends at work in the rest of the market. Traditional volume saloon models like the Ford Mondeo have largely been squeezed to death by the BMW 3 Series and its equivalents, as people now expect a large saloon to come with a premium badge. In a way, the question is why has this not already happened to large SUVs? 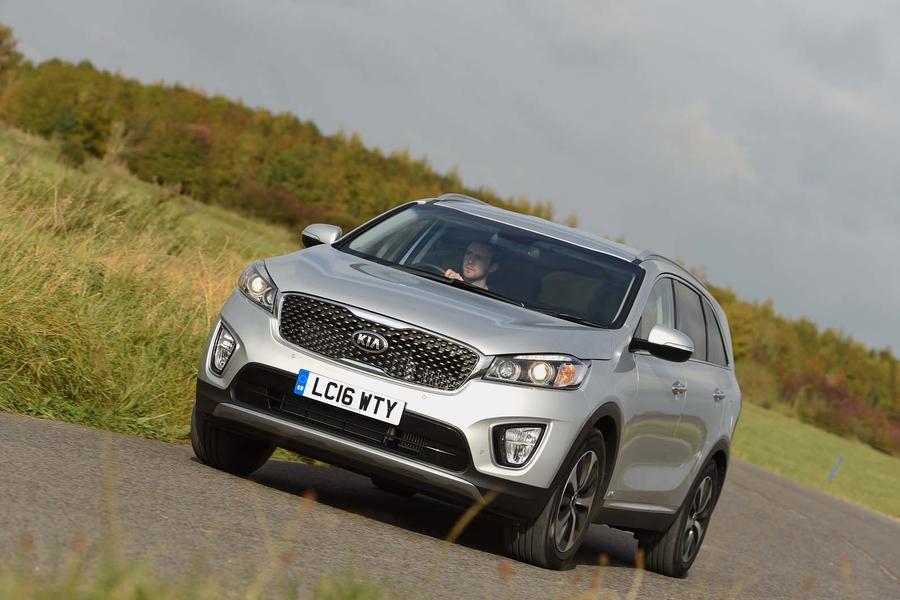 The reason is that when crossovers like the Kia Sorento first broke through, they were intrinsically radical and interesting. To people moving out of large saloons, a big crossover was seen as one of those trendy new off-roaders you could show off to the neighbours. The fact that the badge wasn’t premium was less important, because a large crossover was inherently a premium product compared to a big saloon or hatchback.

But now the market is returning to normal. In terms of bodystyles, crossovers and SUVs (including everything from the Nissan Juke to the Bentley Bentayga) account for 39.6% of all sales – almost exactly the same proportion as hatchbacks. Given the current ubiquity of such cars, it’s hard to argue that a crossover is still intrinsically premium. If your neighbours now have one, you might want a premium crossover to stand out. It’s the same reasoning that led to the rise of premium brands in other segments over the past 30 years (helped by the rise of PCP deals making higher-priced cars more affordable).

That does not mean there will be no more large crossovers from non-premium brands. After all, if Skoda can sell plenty of Superb saloons, there is no reason why it cannot sell the Kodiaq in decent numbers. But it does mean that the rising tide that floated all boats is now receding. Non-premium brands will have to offer compelling value to stop buyers defecting to more prestigious alternatives. Conversely, Jaguar Land Rover will be very happy. With lots of other issues to confront, at least the market is flowing in the direction of Land Rover SUVs and Jaguar crossovers.

Starting at the top

It is no surprise that the big winner in recent years has been the premium compact crossover, as premium brands originally started at the top of the SUV tree.

For example, the first BMW SUV was the X5 and the Volvo’s first was the XC90, with the companies then working down to the X1 and XC40 respectively. Buyers on a budget of £30-40,000 love the idea of an affordable crossover with the kudos of their big brothers. 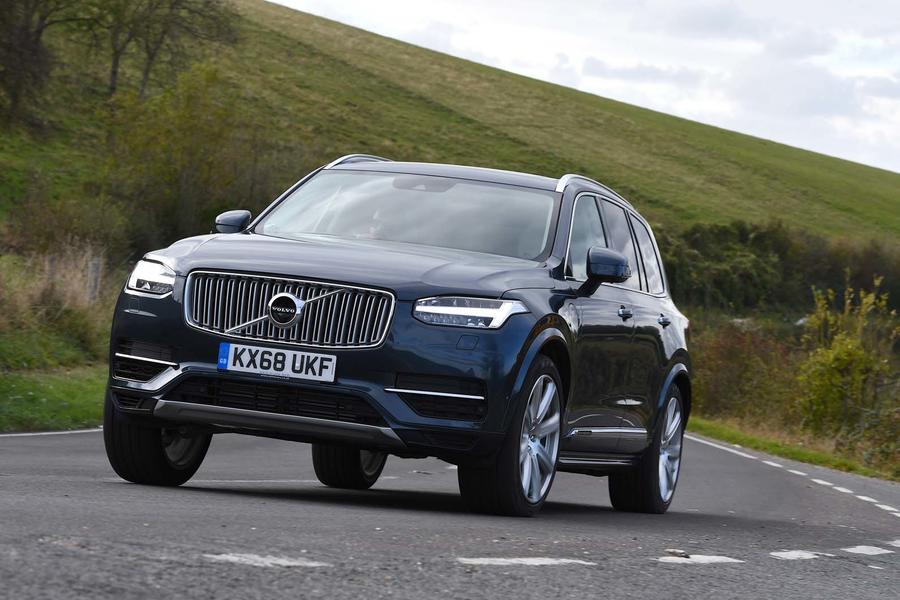 Non-premium large crossovers are the only SUV/ crossover segment to have peaked – or gone ‘ex-growth’ in marketing jargon. There is no precedent anywhere in the market for a non-premium segment to recover share against premium competition.

In pictures: the cars that made today’s SUV​

It's not premium if everybody

It's not premium if everybody's got one.

what like the Mercedes (Renault) A class / BMW 1 series (Mini)/ Audi (VW) A3. If they are stupid enough to buy these cars then they won’t really know the difference anyway.

It's not premium if everybody's got one.

Er, no. You have not been able to understand that there is no reduction in perceived status that big sales numbers confer on premium products. The rise of the 3 series meant that years ago, before there was any noticeable downturn in sales of "volume" D segment cars, the 3 was outselling the Mondeo/Cavalier/405 and shows no sign of letting up. Try telling buyers/fleet managers that the 3 is now a depleted prospect and they will trample you on the way in to the showroom.

Further, if your case in point re the 3 was true, buyers would have moved elsewhere LONG AGO...they have not.

21 August 2019
Surely premium just means extra, and you pay extra to have a premium brand badge on the bonnet and that premium badge comes with extra kudos, none of which is of interest to me and as hackjo says premium brands are becoming mainstream as their popularity and availability rises, you still pay extra though so still premium.

This just shows the smart money goes for non premium brands as you'll have a less ubiquitous car, badge and more left in the bank account.

Surely premium just means extra, and you pay extra to have a premium brand badge on the bonnet and that premium badge comes with extra kudos, none of which is of interest to me and as hackjo says premium brands are becoming mainstream as their popularity and availability rises, you still pay extra though so still premium. This just shows the smart money goes for non premium brands as you'll have a less ubiquitous car, badge and more left in the bank account.

A lot of new premium cars are financed, PCP is popular. When I worked for a company that had a car scheme, it was cheaper to PCP a 320d than a Mondeo. You're basically paying the depreciation, the 3er keeps the value.

Used, non-premium is always best value when BMWs etc are inflated in price.

But I do agree with you, years ago a BMW or a Merc was something special, an Audi was a Saab-like left field choice with rallying and then 80s aero styling. Now they're just bread and butter like Cortinas and Marinas were.

Surely premium just means extra, and you pay extra to have a premium brand badge on the bonnet and that premium badge comes with extra kudos, none of which is of interest to me and as hackjo says premium brands are becoming mainstream as their popularity and availability rises, you still pay extra though so still premium. This just shows the smart money goes for non premium brands as you'll have a less ubiquitous car, badge and more left in the bank account.

Nope...ubiquitous means ever present, found everywhere, which is EXACTLY what happens with VOLUME sellers. Plus, buyers take into account (if they know their onions), WHOLE LIFE COSTS, meaning a premium product in the same segment will be worth more second hand than a volume product, that had a lower list price, sold for an even bigger discount and ended up being valued accordingly. If you have the cash to buy premium, you will hold onto a higher percentage residual value, have a more aspirational car to offer and give the new owner a reason to spend more to acquire the corresponding kudos and status they think they will get.

Try comparing a Mondeo Vignale against the corresponding 3 series, using WLC and prove me wrong.

...that's why people are buying less of these cars - the manufacturers are asking the same prices of what prestige cars were not long ago.

But I find the thought of badge snobs still paying more for "prestige" makes as hilarious - what with Mercs using Renault engines and Audis using engines from much more humble cars like the VW Polo - a classic case of "The Emperor's New Clothes".

I love being an "anti-snob"

I used to feel quite smug in my Superb knowing that it was barely different different enough from an A6 to justify the price difference.

Because almost everyone has

21 August 2019
Because almost everyone has an SUV now and most people don't change their cars very often.

Because almost everyone has an SUV now and most people don't change their cars very often.

Reminds me of the PC market. Desktop PCs are like saloons - functional, business-like, but not particularly trendy.

Tablets (iPads and the likes) are like crossovers, the trendy upstarts that distrupted the traditional market. However now that market is saturated, and people aren't changing their product every year or two, the market is contracting.