BACK TO ALL NEWS
Currently reading: Analysis: How the Ariya is leading Nissan's fightback
UP NEXT
New BMW M3 Touring due in 2022 to rival Audi RS4 Avant

Analysis: How the Ariya is leading Nissan's fightback

While many major car firms are in the process of launching their first mainstream production electric vehicle, Nissan has just unveiled its second. Arriving 10 years after the launch of the Leaf EV, the new Ariya crossover will sit above the second-generation version of the hatchback in the Japanese firm’s range, and executives believe that two-pronged line-up can give it a crucial advantage over rivals.

The Ariya arrives at a crucial time for Nissan, as it battles to recover from recent financial struggles, the ongoing fallout of the arrest of former boss Carlos Ghosn, the strained relationships within the Renault-Nissan-Mitsubishi Alliance and, inevitably, the major impact of Covid-19.

Nissan has just begun a restructure that will involve it focusing on its core markets of Japan, the US and China – but that doesn’t mean it’s abandoning the European market. Instead, it will focus on its successes in the region: EVs (the Leaf) and crossovers (the market-changing Qashqai and Juke). The Ariya, of course, combines those two concepts – and its launch coincides with a rebranding of Nissan within Europe.

“The Ariya is massive for us,” said Gareth Dunsmore, Nissan Europe’s vice-president of marketing for digital customer experience and connected cars. “Historically, we’ve been strong when challenging what’s around us. With the Qashqai, we punched above our weight as a Japanese challenger brand in Europe, and we’ve done the same with the Leaf.

“They brought people to the brand and take notice of us. Combining those two things into one, while showcasing our commitment to electrification and sustainable mobility, will help position us and clarify to customers in Europe what we really stand for. The Ariya is the perfect vehicle for the perfect time in Europe. And the broader need to bring customers to zero-emission vehicles is where our focus is. 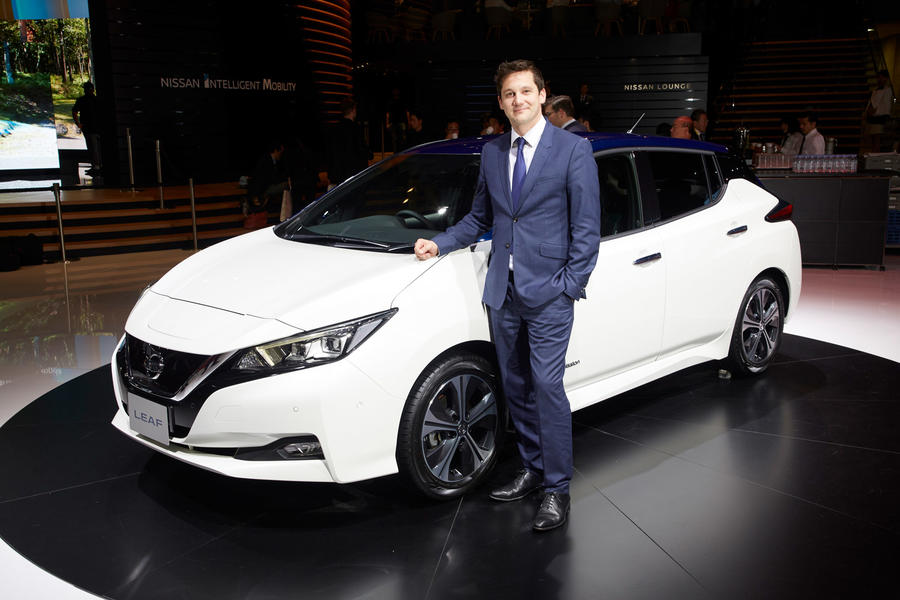 “When the Leaf launched, we had people who just wanted to drive a new EV. That early adopter moment will happen for the Ariya, especially in the UK, where people have a good appreciation of our brand, but we perhaps haven’t had vehicles until now for customers coming from the likes of Volkswagen and Ford. With the Ariya, we’re going head to head with the ID 4 and Mustang Mach-E.”

The Ariya is the first car on the Alliance’s new CMF-EV electric platform, development of which was led by Nissan. While it builds on the knowledge Nissan has gained from 10 years of Leaf production and sales, Dunsmore says the key is that Nissan now has two complementary EV products.

“They really can play off each other,” said Dunsmore. “We’ve got great customer loyalty with the Leaf and an active community of owners. But there are lots of people who haven’t looked at us, and we can now target them with the Ariya flagship. If they go into the journey and decide it’s not for them, we can bring the Leaf to them – or bring people in on the Leaf and move them into an Ariya if it’s right for them.”

Dunsmore believes Nissan will further benefit from the decision to sell the Ariya from its launch with five variants utilising two battery sizes and both two- and four-wheel-drive powertrains.

“The segment is going to be competitive,” he said. “Lots of brands are coming with EVs soon, so it’s really important, having a product that can cater for so many customer choices. If you want an electric vehicle from Nissan, you can start from around £70 per month for a five-year-old Leaf and move all the way through to the Ariya Performance flagship.

“Structuring the Ariya around two battery packs and two-wheel drive or e-4orce – and with a Performance version on top – gives that range balance in terms of pricing power versus value.

“It’s not just about appealing to more customers but ensuring the customer that buys a vehicle falls in love with it because it fits their needs.”

And, of course, Nissan will still offer European customers its range of SUVs. The recently launched Juke will be followed by a new Qashqai, and both will eventually gain e-power hybrid versions.

“We’re committed to half our European sales being electrified by 2025, so we need to electrify our core products,” said Dunsmore. “We’ve got to make these steps as a society and it’s consumers that are starting to drive the choice and take the steps towards zero-emission vehicles in greater numbers. We’re well placed to support them in that now.” 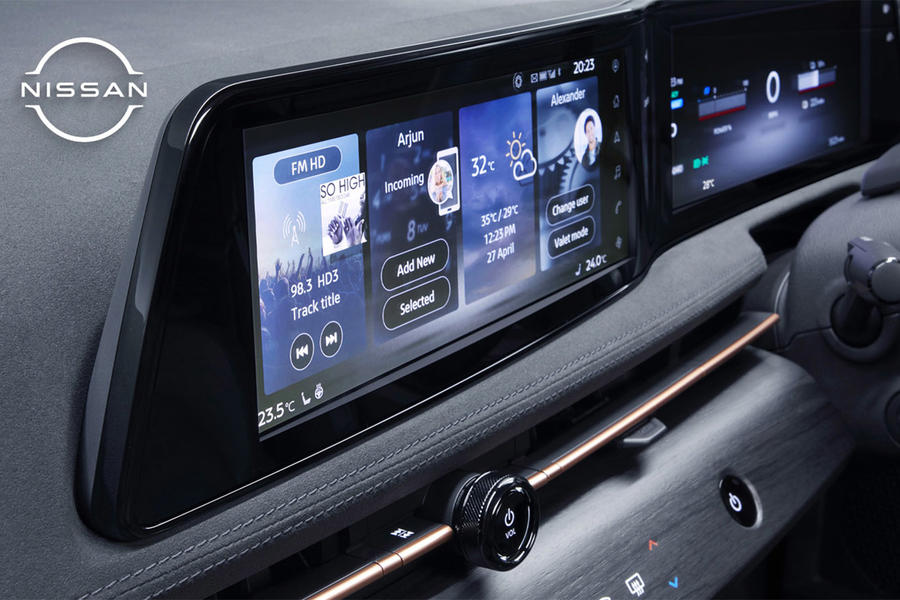 Over-the-air upgrades will be key

Offering over-the-air upgrades and updates will become vital to appeal to customers with connected and electric cars, according to Gareth Dunsmore, Nissan Europe’s marketing vice-president.

Dunsmore believes ‘post-purchase’ offerings for vehicles such as the new Ariya EV will be key “as a way of recreating ‘new car smell’ throughout the life of a vehicle.”

He added: “It’s about what we can deliver in terms of performance and driving mode upgrades and creature comforts, such as software and mapping improvements. Such updates will become the norm and will grow over time. It’s about enriching the life of the vehicle, not just the moment of purchase.”

The car industry now: the future of the Renault-Nissan-Mitsubishi Alliance

Special report: Covid-19 and the future of the UK car industry