BACK TO ALL NEWS
Currently reading: Analysis: Car makers face screen test to judge safety
UP NEXT
EV chassis could provide a lifeline for niche car makers

The danger of drivers becoming distracted by ever larger in-car touchscreens is becoming the focus of potential new legislation as countries grapple with the reasons why road deaths and accidents are no longer falling but plateauing.

Currently, there is little in the way of regulation surrounding the design of infotainment systems and both safety experts and legislators are worried car makers are losing sight of the distraction factor in their rush to add ever more functions via the touchscreen.

Just how distracting they can be was revealed in a 2020 study by the UK’s TRL (formerly the Transport Research Laboratory). It found that operating features within Apple CarPlay and Android Auto significantly increased driver reaction times to an emergency event, even more so than texting or driving under the influence of alcohol or cannabis.

The results were an eye-opener to Neale Kinnear, head of behavioural science at TRL and organiser of the study. He had expected significant distraction but the length of time drivers took their eyes off the road for certain events went beyond his predictions.

“I was surprised by the extent,” he told Autocar. “Items such as choosing a music track, for example, on Spotify took up to 20 seconds. We just don’t have any way of understanding the impact of that on safety in the real world.”

There are signs governments are trying to find out. The UK’s Department for Transport (DfT) this year asked for experts to consult on its Roads Policing Review, established to discover why reductions in road deaths and injuries had plateaued.

The DfT considered whether infotainment systems might be to blame, given that cars themselves are becoming inherently safer. “Advances in car infotainment systems and mobile phone technology mean that there are increasing sources of potential distraction for drivers,” it wrote in the consultation introduction.

Kinnear wants to establish testing standards that are the equivalent of Euro NCAP but for distraction. “We would like to see an attention standard: what’s the level of attention the driver should be paying to the road?” he said.

TRL is in talks with the likes of the DfT and Massachusetts Institute of Technology about the possibility of setting up a testing protocol. 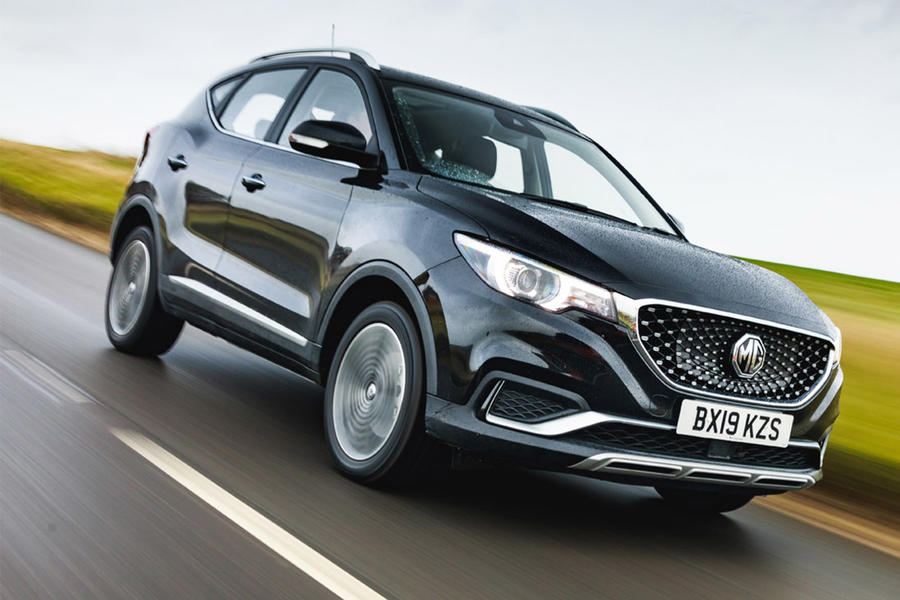 Free from any standards or protocols, car makers are shifting more of the control of the car’s ancillary devices to the dash-mounted screen.

Led by the example of Tesla, which set the screen standard with the massive 17.0in display on the Model S, car makers are tripping over themselves to increase screen size and, in doing so, burnish their tech credentials. The Honda E comes with two 12.0in screens that run across the width of the dashboard. Ford’s Mach E electric SUV has a 15.5in screen and next year’s Cadillac Escalade SUV will have a whopping 38in curved screen. 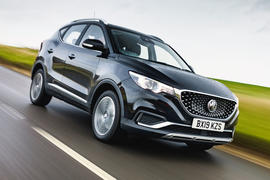 Touchscreens are becoming the norm. In the US, 82% of cars sold in 2019 had one, compared with 53% five years previously, according to data from IHS Markit.

The design of the interface obviously has a bearing on the distraction. TRL used Apple CarPlay and Android Auto phone-mirroring screens for its study because the look and action is common to all screens that offer them, but car makers approach their own design interface in many different ways. A test this year by Autocar sibling brand What Car? ranked 20 screens, with the MG ZS EV’s 8.0in touchscreen marked the worst for distraction and the BMW 3 Series with Live Cockpit Professional the best.

The test concluded that all screens were worse than physical buttons for time taken to enact a task. For example, adjusting the heater fan on a touchscreen rather than a dial or physical switch can take more than twice as long, while zooming out on sat-nav or finding a radio station can take up to eight times as long.

A mix of (more) technology and legislation could be the answer. The increased prevalence of automatic emergency braking has spared the blushes (if not the lives) of an increasing number of distracted drivers and lane assist can prevent them drifting into the oncoming lane.

Eye-trackers are also being considered by the European Union to warn drivers if their gaze has shifted away from the road ahead for too long. This is likely to be more important as elements of autonomous driving are allowed, but there’s a use for it to alert drivers to just how long they’ve been looking at the screen. The TRL study found that drivers greatly underestimated how long their eyes were off the road while operating screen functions.

Kinnear worries that post-Covid budget constraints will kick any government action into the long grass, but it’s clear that action needs to be taken as the digital arms race continues unabated.

“They aren’t many standards car makers have to meet [in screen design] so they design features they want the drivers to engage with or sell. That means the inclusion of features such as being able to read text messages just became a standard part,” said Kinnear. “But we really have to question whether that’s a benefit or actually a detriment to attention.”

Kinnear worries that post-Covid budget constraints will kick any government action into the long grass,

This should have been pre-budget, pre-brexit, pre-Y2K.  How any manufacturer was allowed to get away with this technology whilst at the same time being forced into making cars ever safer is beyond comprehension.

If we go way back to car reviews in the eighties, magazines like Autocar would highlight and markdown how good a car was for having it's stereo low down, out of sight on the centre console. When the same thing is done today with a glass panel such as in a Range Rover or Audi A6, it's beautiful, modern, and desirable.

I went from a system controlled by  separate mouse/wheel and much preffered it to a touch screen which i have now go over a bump and you select the wrong thing . My boss has a tesla and on satnav its so distracting as its big bright and turns with the cars movement too much and your eyes are drawn to it . God knows why heater controls are on some systems as its something you use nearly  every drive .

Just get rid.  A satnav with a controller, OK - but not touchscreen.  The rest of this unnecessary tech - get rid.  As long as it is there, it will attract driver thoughts and therefore reduce attention on the road and surroundings.  Cars are for moving around in.  This incessant tech adds nothing that is needed.  Ban it.